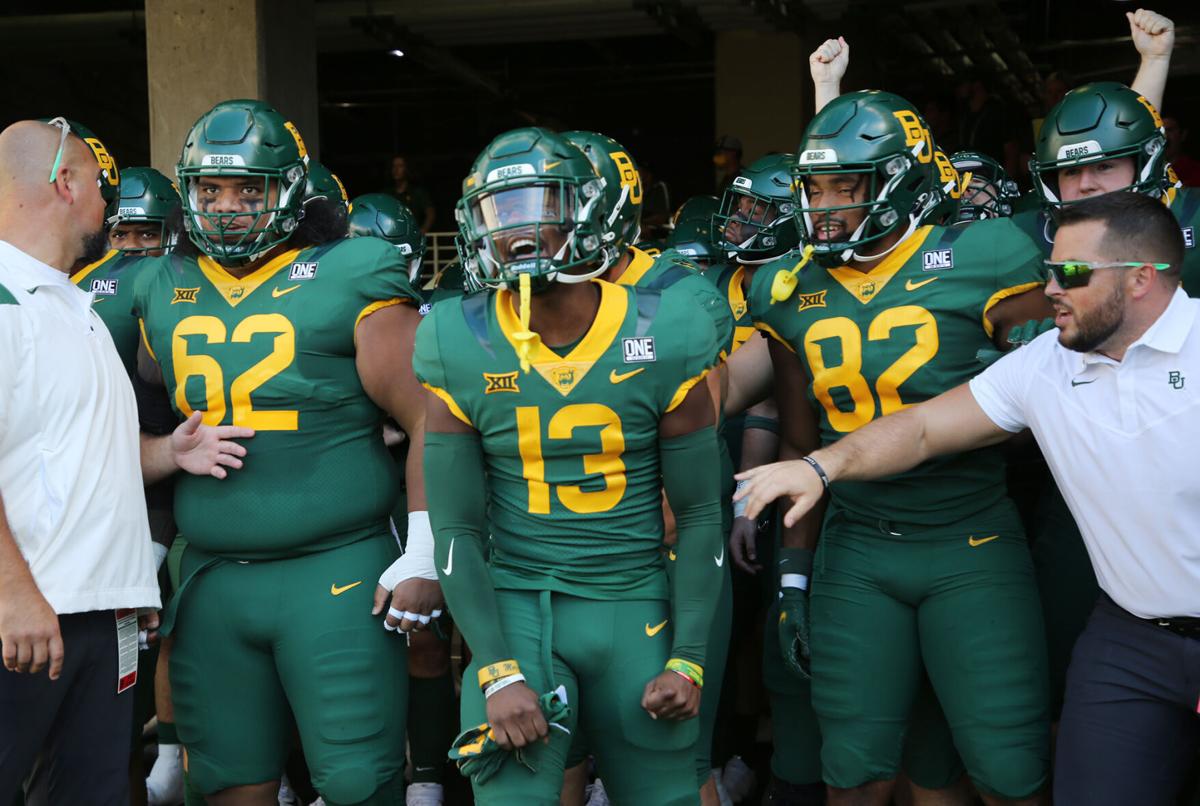 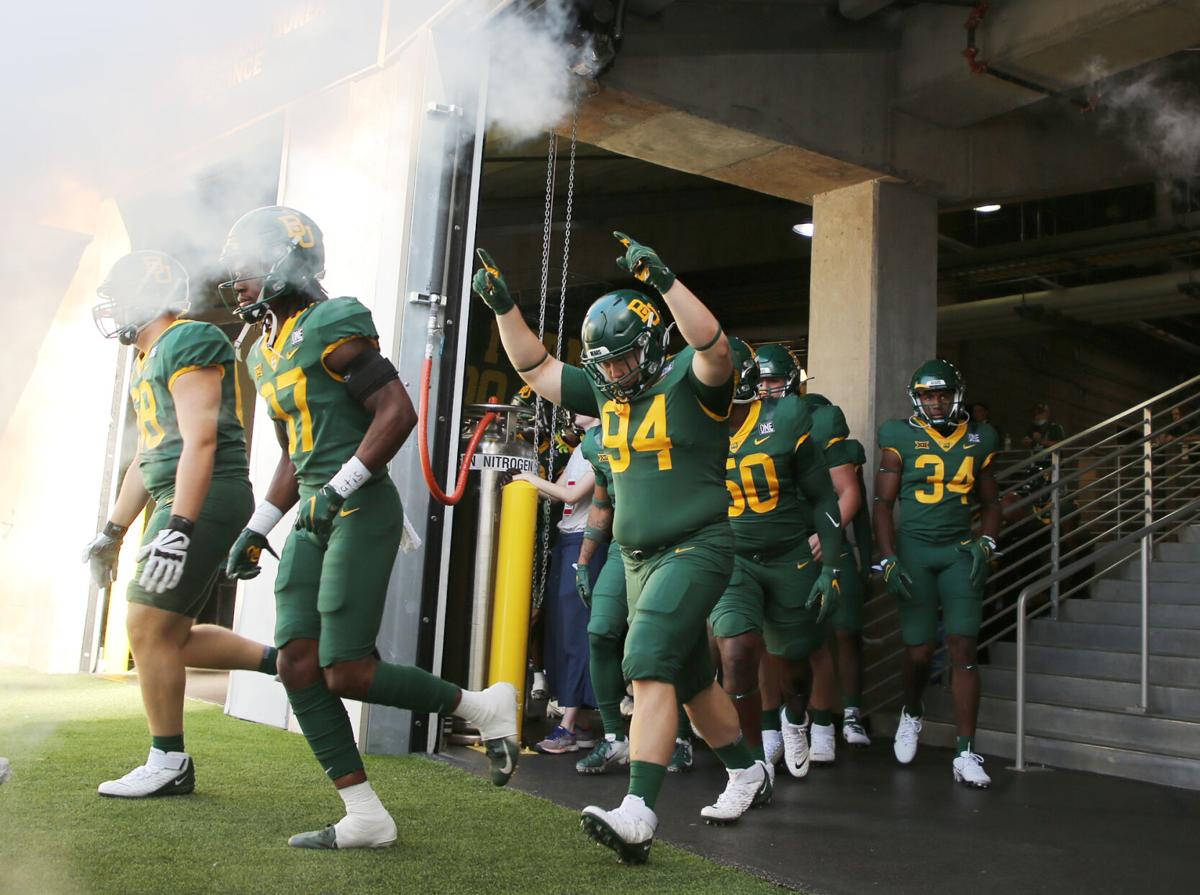 The Bears will host No. 19 BYU in the second of three key October games at McLane Stadium.w

As a sixth-year senior cornerback, Raleigh Texada understands the significance of Baylor’s homecoming with the traditional morning parade, alumni of all ages returning to campus, and the waves of positive vibes floating through McLane Stadium.

Heisman Trophy winner Robert Griffin III, the guy with the statue outside of the stadium, will be among the Baylor graduates returning since he will be part of the broadcast team in his new gig for ESPN.

“Just going out there before old teammates, alumni and coaches and family is huge,” Texada said. “I came here back in ’16 and it was the first homecoming game for me. Just to go through six games is huge for me, so just super exciting.”

“I’ve heard a lot about homecoming,” Estrada said. “Obviously, we’ve got a really strong opponent we’re going to play. We’ve been able to perform really well at home, so looking forward to coming out on Saturday and playing our best game.”

With BYU set to join the Big 12 in 2023, the Cougars will receive a warm welcome from the large crowd. BYU will wear Sailor Cougar logos on the back of their helmets to complement Baylor’s Sailor Bear helmets.

But those positive vibes will quickly dissipate if the Bears don’t beat BYU.

With three home games in October, the Bears (5-1) know they need to take advantage of their long homestand. They passed the first test with an impressive 45-20 rout of West Virginia last week, and now want to finish the month with wins over BYU and No. 25 Texas on Oct. 30.

Adding even more intrigue to Saturday’s game is the BYU connection of Baylor offensive coordinator Jeff Grimes and offensive line coach Eric Mateos. Both served in the same capacities on BYU head coach Kalani Sitake’s staff with Grimes coaching there from 2018-20 and Mateos in 2019-20.

“There are a lot of connections with our staff and their staff, obviously recently losing Jeff Grimes and Eric Mateos to Baylor,” Sitake said. “I’ve been really impressed with the things I’ve seen from what Grimes has done there. I’m excited to see them, they’re guys that we still care about and love. We want to see them have success except for this week.”

The Bears hope to get another lights-out performance from quarterback Gerry Bohanon similar to West Virginia. Bohanon hit Tyquan Thornton for a 75-yard touchdown on his first pass, setting the tone for a career-high 336-yard, four-touchdown passing performance.

It was exactly the response Baylor coach Dave Aranda wanted from Bohanon after he struggled at times in a 24-14 loss to No. 12 Oklahoma State in Stillwater on Oct. 2.

“I think for him to experience failure and to only grow from that, and to only have that strengthen him,” Aranda said. “I go to the Oklahoma State game, I think that we’re getting a new and improved Gerry from there. And I think he will continue to make those strides. I think his mindset and where his connection with Shawn (Bell) and Jeff (Grimes) is at, he’s in a really good spot to do that.”

The Bears have produced a balanced attack all season as Abram Smith ranks second in the Big 12 with 597 yards rushing and eight touchdowns while Trestan Ebner has rushed for 401 yards.

The Cougars (5-1) are much like the Bears in that they also present a multi-faceted attack as dual-threat quarterback Jaren Hall has passed for 863 yards and eight touchdowns while rushing for 163 yards in four games. With his physical style of running, Tyler Allgeier has rushed for 637 yards and eight scores in six games.

Aranda expects the Cougars to be highly motivated after they committed four turnovers that led to a 26-17 loss to Boise State last weekend in Provo, Utah.

“I know BYU is going to be an angry team and they’re going to be motivated and they’re going to want the stage, to show that they belong,” Aranda said. “I think from a big-picture view, I can kind of see that question. I think from our seat, what’s in front of our windshield, it’s more of here’s a team that’s looking to prove something and bringing some intensity that we have to exceed.”

The Bears are arguably coming off their best defensive performance of the season as they amassed six sacks against West Virginia, including the first two of the season from LSU transfer noseguard Siaki “Apu” Ika.

Sitake is very familiar with Ika since the massive 6-4, 350-pound sophomore is from Salt Lake City.

“Yeah, he’s from a great family, a great young man,” Sitake said. “We’ve known him for a long time, known his family forever since I was little. And he went to LSU and did some really good things there, won a (2019 national) championship with them and looked to transfer, and I think he really connected with Dave Aranda, who was the DC there. And so I think he’s doing some really good things on film, he’s disruptive, he’s big, he’s physical and he can run.”

The Bears will host No. 19 BYU in the second of three key October games at McLane Stadium.w