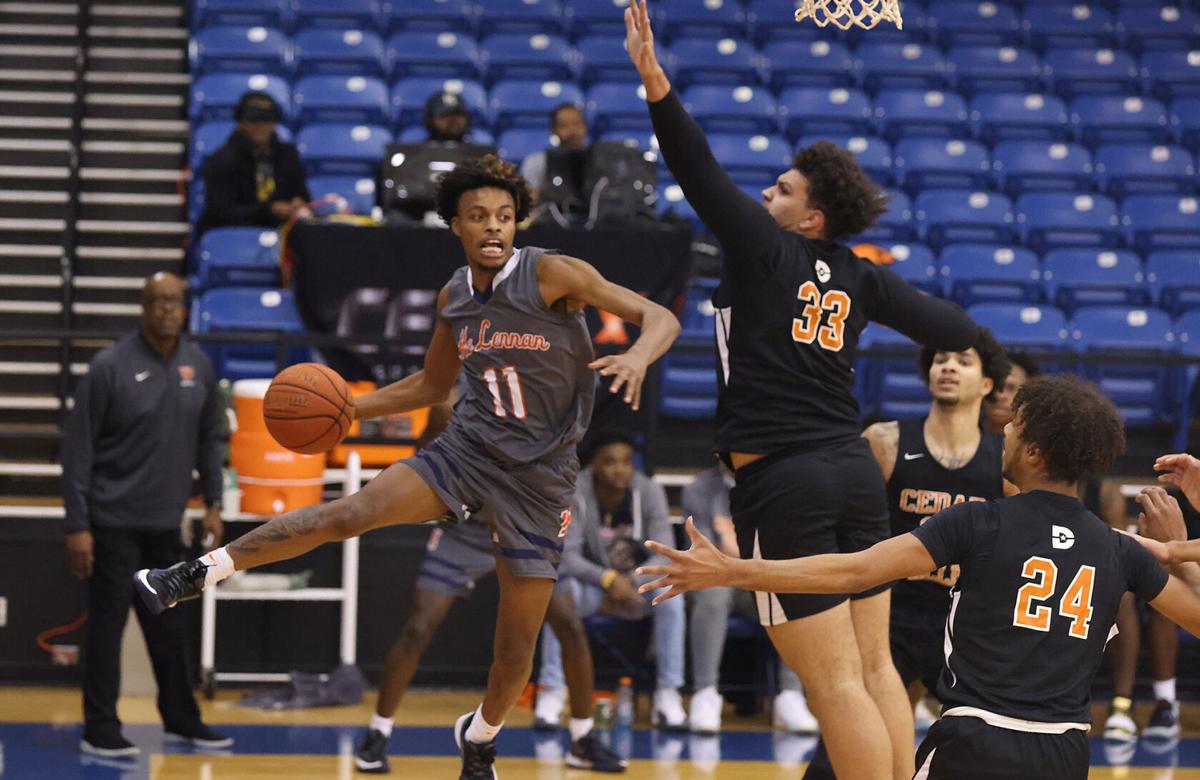 MCC's Chris Pryor passes while driving around Cedar Valley's Tyrese Taylor in the first half. 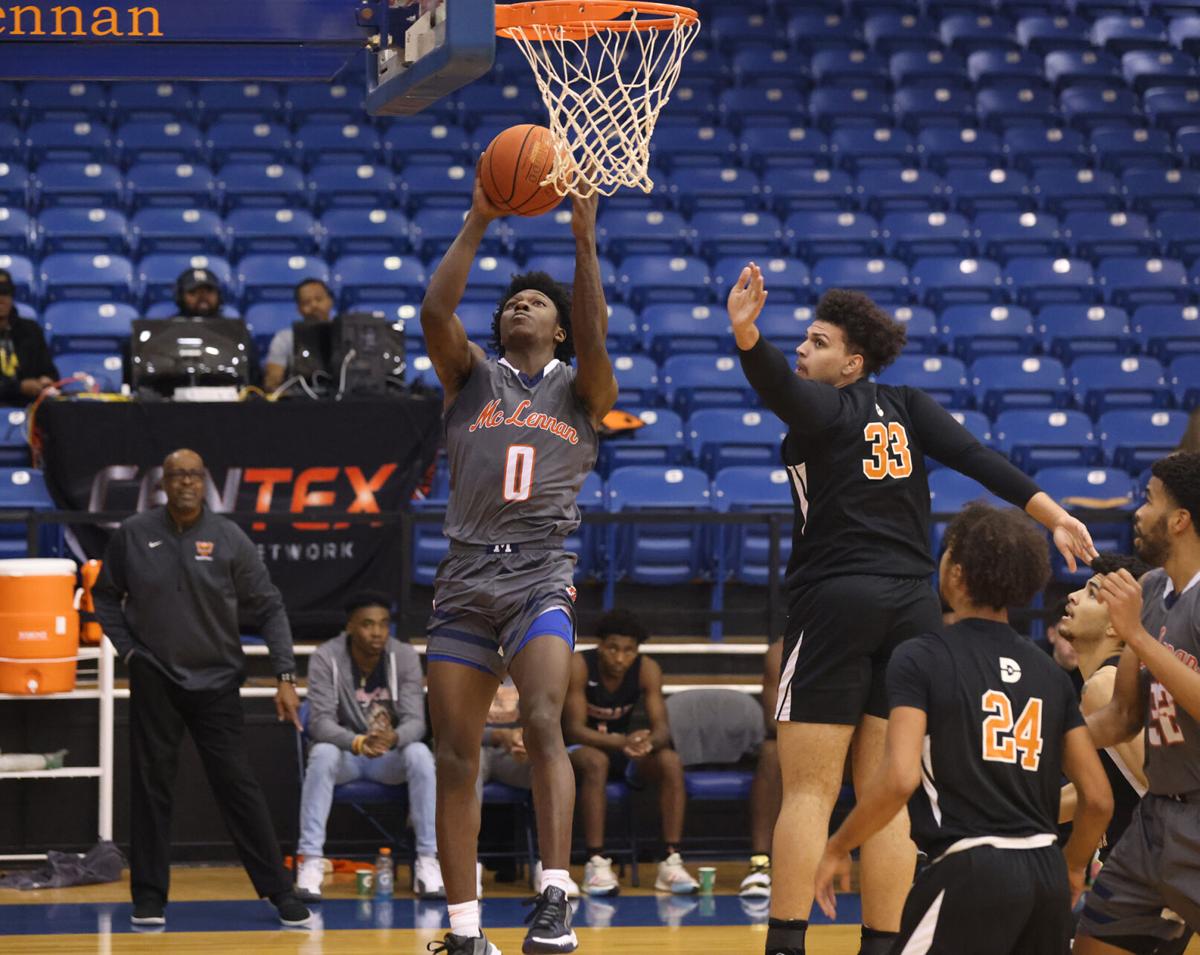 MCC's Forte Prater scores over Cedar Valley's Tyrese Taylor in the first half.

The McLennan Community College men’s basketball team finished off a doubleheader dismantling of Cedar Valley College, defeating the Suns, 88-53, on Monday evening at The Highlands gym.

After the MCC women cruised to a 29-point win, the Highlanders turned up the volume to win by 35.

Guard Diego Gonzalez hit a trifecta of 3-pointers on his way to a game-high 19 points for MCC. Highlanders guard Forte Prater made himself heard with 14 to join Gonzalez in double figures.

The Highlanders (10-2) bounced back from close losses against Navarro College and Blinn College in their last two outings. MCC picks the nonconference schedule back up when it hosts North Lake College on Dec. 1.

BRENHAM — In a town where the dairy cattle are said to live contented lives, the McLennan Community College Highlanders basketball team had a …

LUFKIN — The McLennan women’s basketball team couldn’t dig its way out of a first-half hole and fell to Tyler, 76-54, on Friday at the Angelin…

From Waco to the great beyond, that’s the path followed by six McLennan Community College ballplayers.

The McLennan men’s basketball team coasted to its ninth straight win to open the season, as the Highlanders eased past Texas Wesleyan’s JV, 10…

McLennan Community College women’s basketball coach Ricky Rhodes has been a fixture around Central Texas gyms for a long time.

MCC's Chris Pryor passes while driving around Cedar Valley's Tyrese Taylor in the first half.

MCC's Forte Prater scores over Cedar Valley's Tyrese Taylor in the first half.