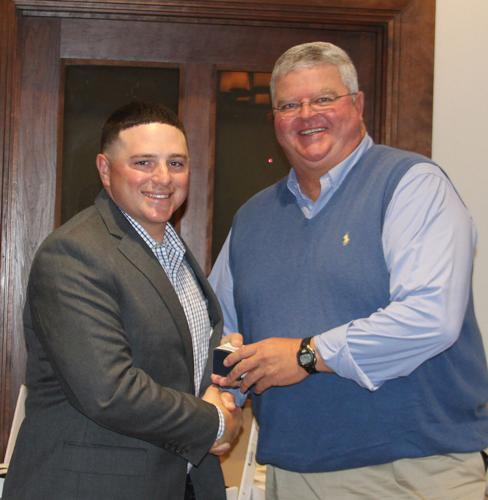 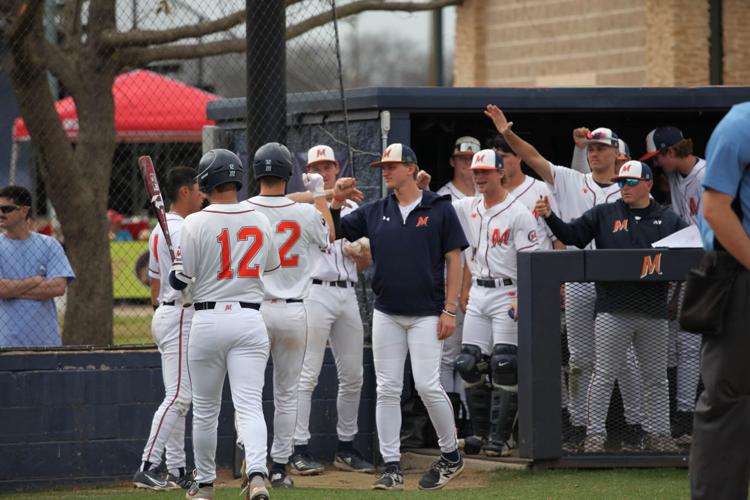 Tyler Johnson (far right) had been an assistant on Mitch Thompson’s staff at MCC since 2018.

Just one day after former McLennan Community College head baseball coach Mitch Thompson accepted the same position across town at Baylor, the Highlanders did not have to look long or far to find their next coach.

Johnson, an assistant under Thompson since 2018 and an all-conference player at both Navarro College and Concordia University, thanked Thompson for setting him up for the opportunity to lead the Highlanders.

“I am extremely grateful for (Coach Thompson),” Johnson said. “He has been my mentor through this whole thing, and I am in the position I am because of him. He is the one who has made it all possible. It is going to be hard to follow a legend. He really got MCC rolling. I am also grateful for Coach Trochim and Dr. McKown for believing in me.”

Johnson came to MCC from Blinn College where he served as an assistant coach for a year. During his time on Thompson’s staff, he has worked with the hitters, catchers and focused on recruiting. He played a key part in building the national championship team in 2021 and this year’s squad that returned to Grand Junction.

Stressing the importance of continuity and connection, Johnson said he has already called all the incoming and returning players.

“They played a role in all of this,” he said. “Their commitment to us, and their buy-in and effort they give to us on a day-in and day-out basis, is the reason why me and Coach Thompson get these kind of opportunities.”

While echoing Johnson’s appreciation for Thompson’s impact, Trochim said having someone with an established relationship with the players was an important factor in the decision to replace him with Johnson.

“Having a coach like Mitch Thompson is a dream come true, and we were lucky to have him for nine years,” she said. “What he has been able to do with our baseball program and his student-athletes has been incredible. My focus was to maintain that continuity and culture of the program, to make sure our returning players and the incoming freshman felt this continuity. Coach Johnson is prepared and ready for the job.”

McLennan Community College made it official Thursday, as its board of trustees approved Tyler Johnson as its new baseball coach.

Tyler Johnson (far right) had been an assistant on Mitch Thompson’s staff at MCC since 2018. 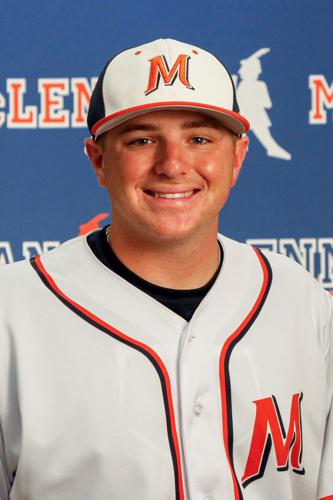