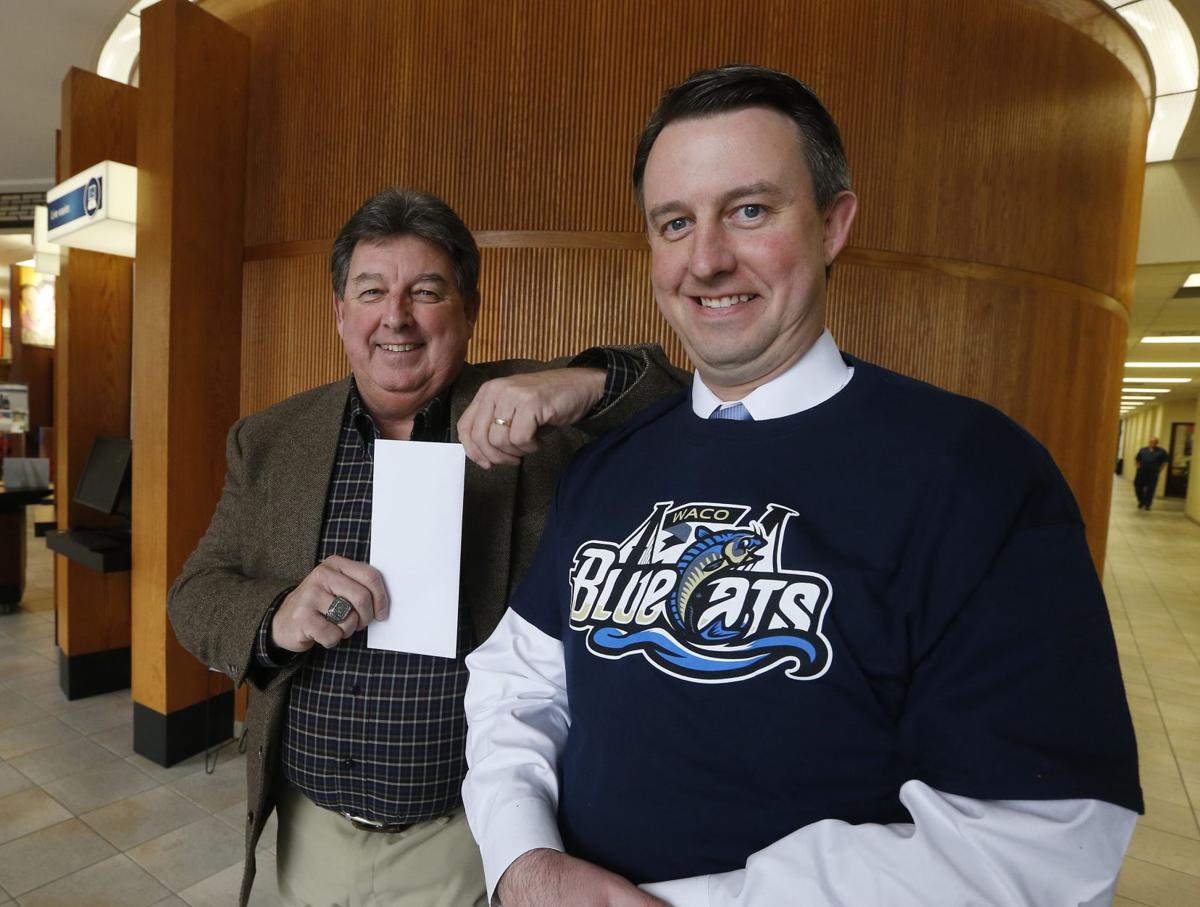 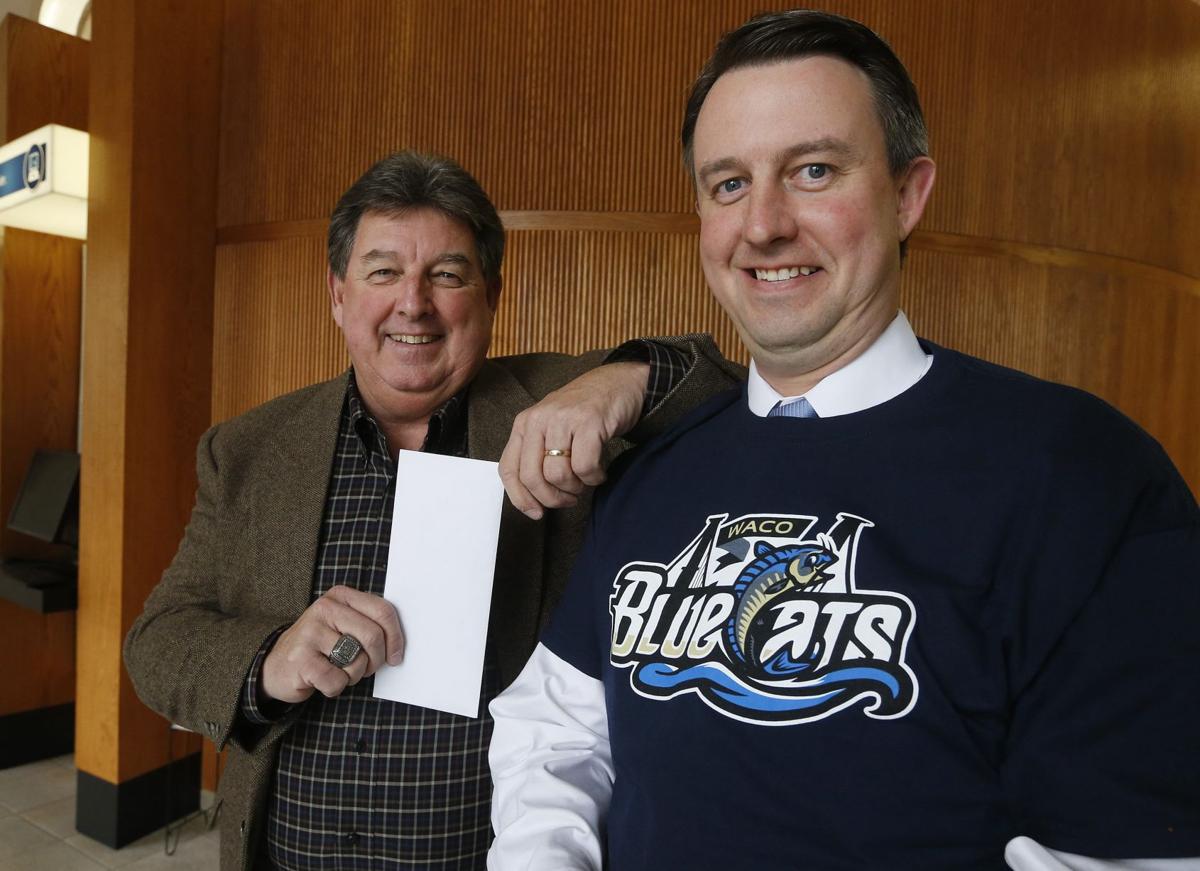 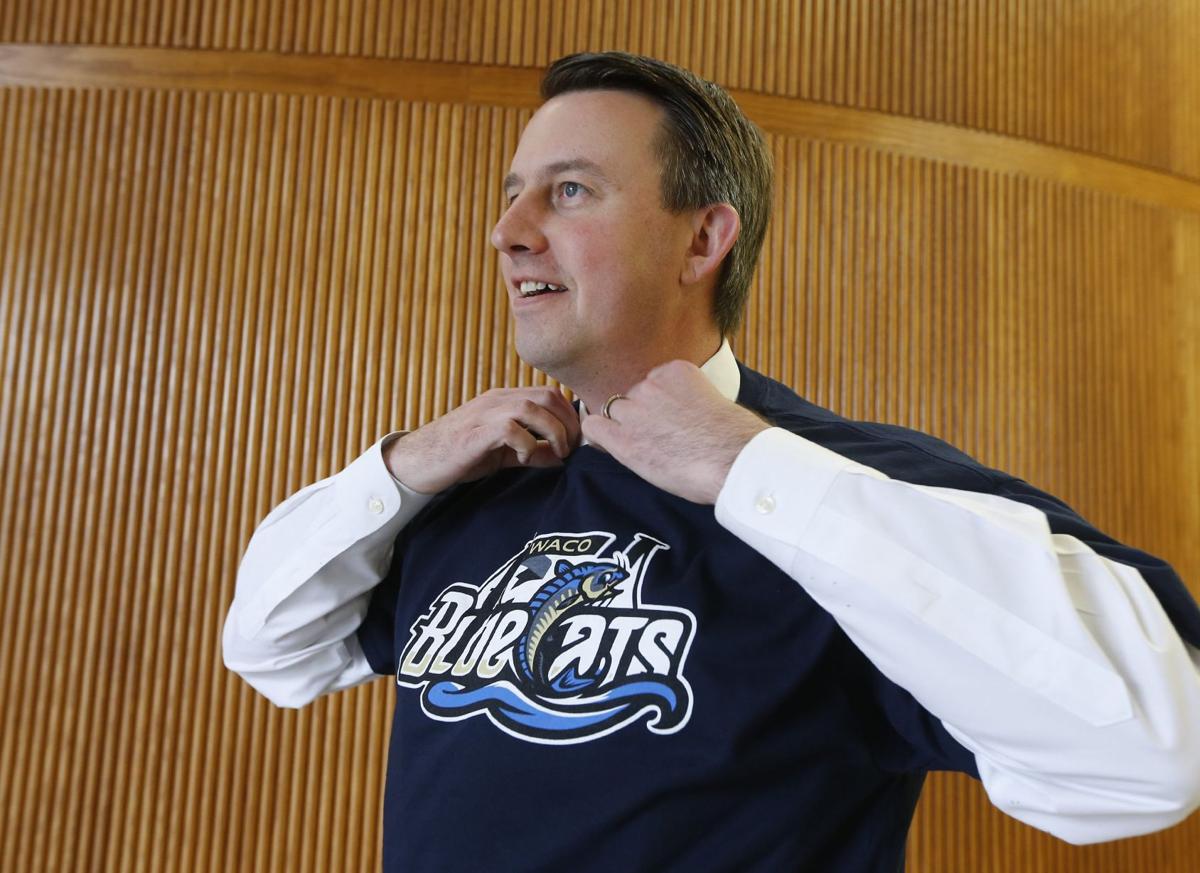 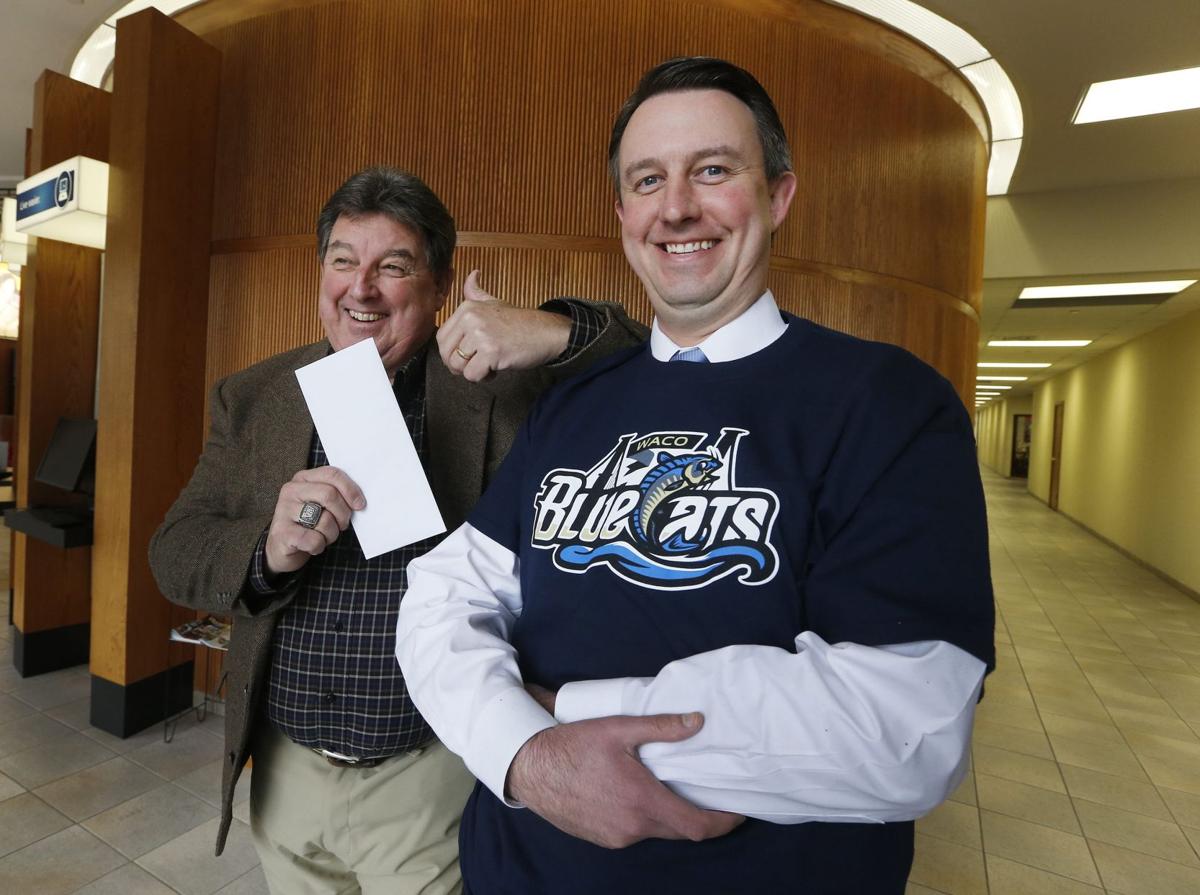 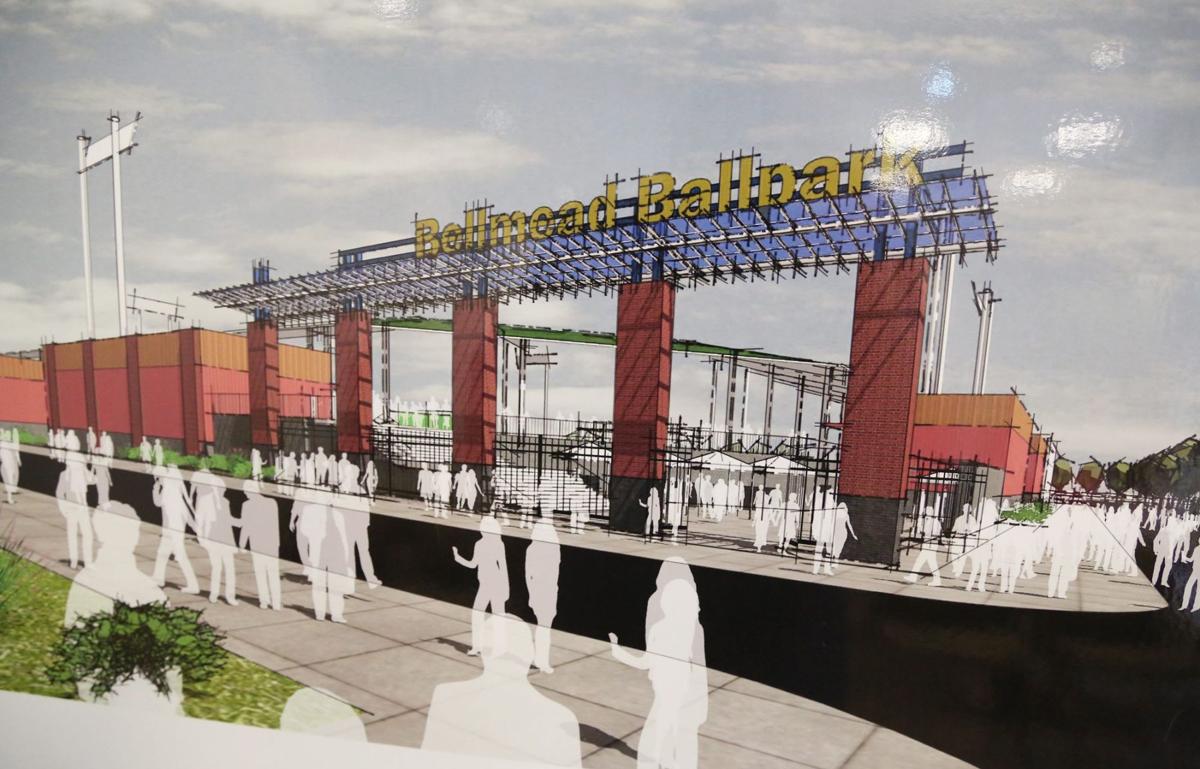 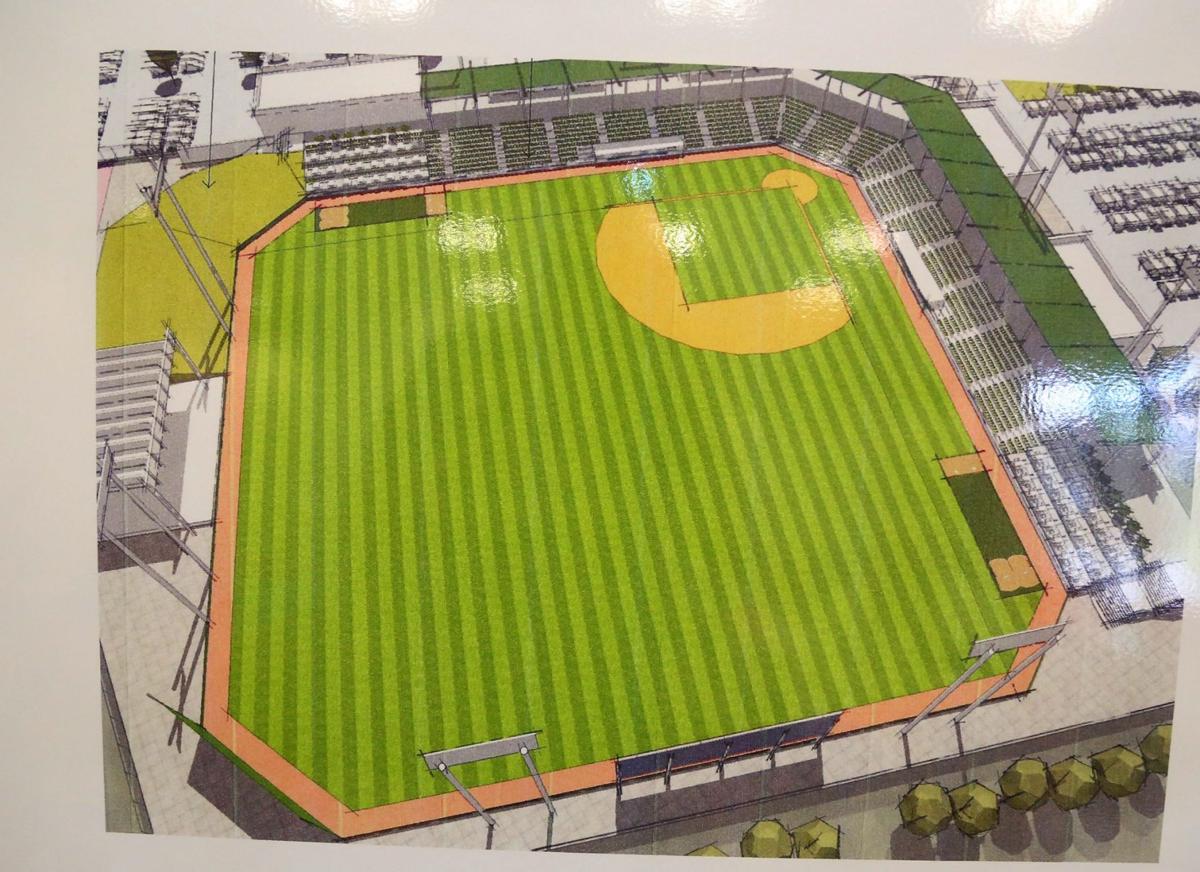 “As soon as I had shown interest in baseball,” Fischer said.

Someday, Fischer’s future grandchildren will learn that naming baseball teams must run in the family. You see, Fischer won his own name-the-team contest earlier this month, as his submission of the Waco BlueCats was voted the favorite for the new professional baseball franchise scheduled to begin play in Bellmead in April 2018.

Fischer, an Extraco Banks employee and longtime Waco resident, won season tickets for life from the BlueCats for submitting the winning entry.

The tale of his grandfather’s win also developed into a family heirloom, something to be passed down through the generations, and certainly a source of pride. Now that Fischer has continued that heritage, it almost feels like naming baseball teams is becoming the family business.

“With the Neder family, it was something you can’t take away from us,” Fischer said. “Just the sheer fact that now it’s happened twice in the family, I don’t know what the odds are of that. It must run in my blood. I joked with my dad the other day, ‘You don’t have what it takes to name a baseball team. That’s why it skips a generation.’”

Neder died in the late 1990s, so he wasn’t able to see Fischer replicate his naming-rights magic. But Fischer thinks of his grandfather often. He was the ultimate people person, Fischer said.

“He was very much the life of the party,” he said. “His office was the golf course five days a week, selling insurance, and he was doing it on the golf course. Which you kind of have to be if you’re in that role. Anytime I think of an insurance salesman, I think of my grandfather.”

Like Fischer, Neder didn’t come away empty-handed. The Colt .45s organization presented him with tickets for the 1961 World Series.

Amazingly, Neder turned down the tickets. The due date for the birth of his fifth child was during the World Series, Fischer said, and Neder didn’t want to miss that special day, even for the Fall Classic.

So the team compromised and gave him season tickets for their inaugural 1962 campaign instead.

The Colt .45s name lasted only three seasons. For the 1965 season, with a move to the Astrodome, the world’s first domed sports stadium, the team was rechristened the Astros.

“I reached out to my uncle and I said, ‘Why did they make that change?’ and he said, ‘Well, at the time Houston was called the Space City. Everything was headed that way, with NASA and Astroworld and the Astrodome, obviously,’” Fischer said. “It wasn’t anything political, like with the Washington Bullets changing (to the Wizards), but they were going a different direction.”

Fischer connected with baseball as a young boy. He played Little League until he was in the sixth grade. One of his all-time favorite movies is “Field of Dreams.”

“I still love the game today,” he said.

Fischer was intrigued when he learned the news of professional baseball’s return to Waco earlier this year. He wasn’t aware of the name-the-team contest until a fellow Extraco employee tipped him off to it, and still another coworker unwittingly helped him come up with the winning name.

“I didn’t know what a blue cat was,” Fischer admitted. “Another work colleague of mine mentioned that he was out fishing and caught some blue cats. I said, ‘What is that?’ He said, ‘Oh, it’s a catfish.’ I said, ‘That’s good to know.’

“The next day was when I became aware of the contest. Minor league baseball teams are known for having different, non-traditional, trendy names. That immediately struck me as a name.”

No sooner had Fischer submitted his entry via the Waco franchise’s website than his email inbox buzzed with a reply from Mark Schuster, the president of the Southwest League of Professional Baseball, the league in which the BlueCats will play.

“Mark emailed me two minutes after I submitted it and said, ‘Tell me more about this name,’ ” Fischer said. “Right when he did that, I said, ‘I bet he’s not sending that to every contestant.’ I figured I was on to something then. But it was nice to know through the voting process that it was the majority (vote-getter) of the favorites.”

Stan Hough loves the name. A Waco native, Hough helped broker the deal to bring professional baseball back to the Waco area for the first time since the Waco Pirates folded in 1956. Hough will serve as the field manager for the BlueCats.

“When I first heard Blue Cats, I thought of cats, because I used to manage the Fort Worth Cats,” Hough said. “Once I found out that it was a catfish, I thought it was just a really neat mascot. Even though I hadn’t heard it before, I loved it. . . . Then to see the renderings by the graphic artist, I was totally impressed.”

Seeing the BlueCats go from idea to reality, complete with a logo and renderings of uniforms, proved a little surreal for Fischer, too. He said he was also “really excited” to learn that he’d won season tickets for life. Initially, he thought the prize was just for the team’s inaugural season, like his grandfather’s winnings, so he was delighted to learn otherwise.

He said he thinks baseball is the “perfect platform for Waco,” and can’t wait to attend a game. Fischer wouldn’t normally plan his life out 18 months in advance, but he knows where he’ll be when the BlueCats play their first home game in April of 2018.

“There’s nothing like the ambience, and watching baseball, smelling the grass, eating a hot dog and having a cold beer,” Fischer said. “That’s what I’m most excited about, the environment of the ballpark out there in Bellmead. That’s what I’m really looking forward to; just being there.” 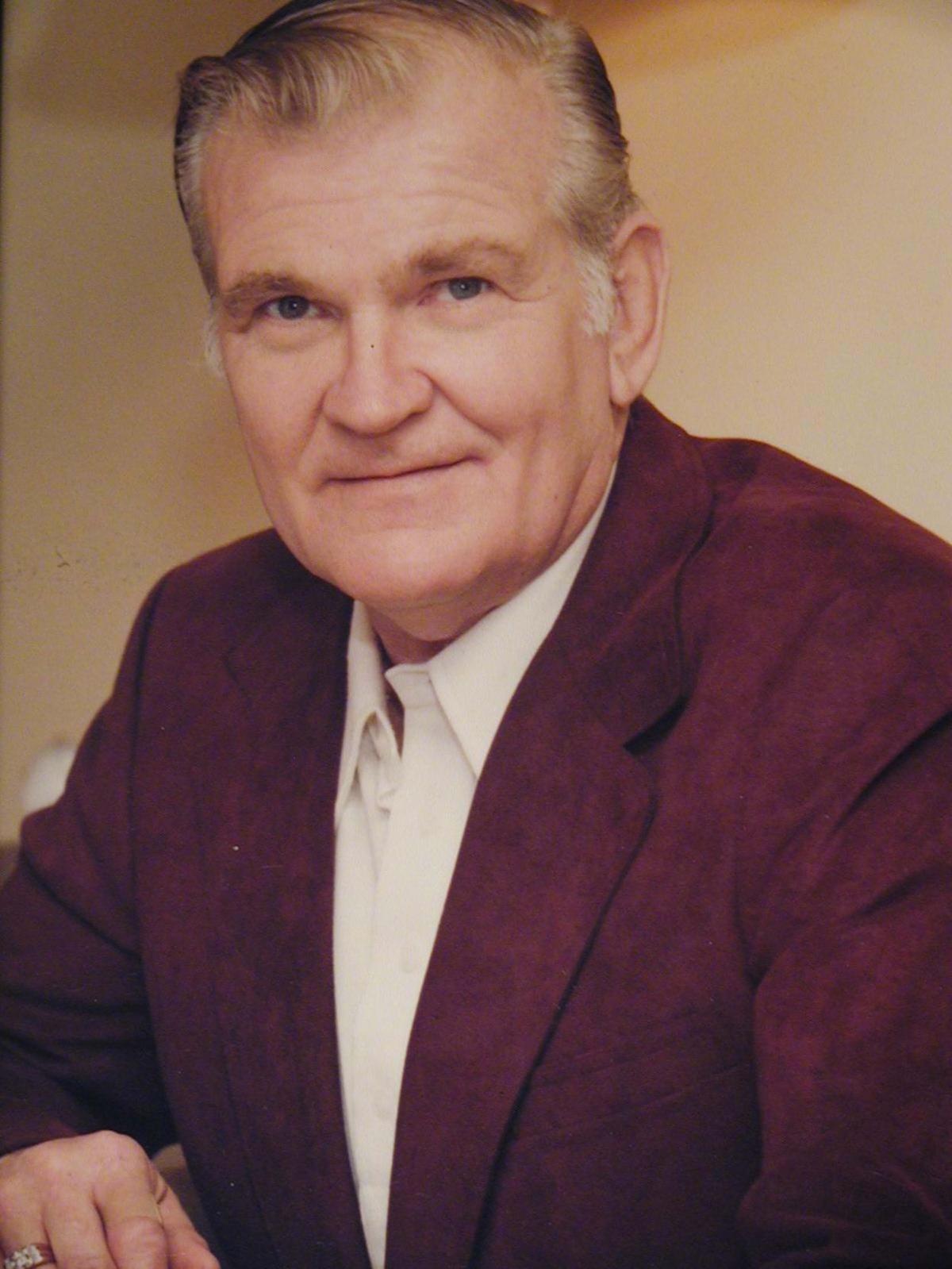