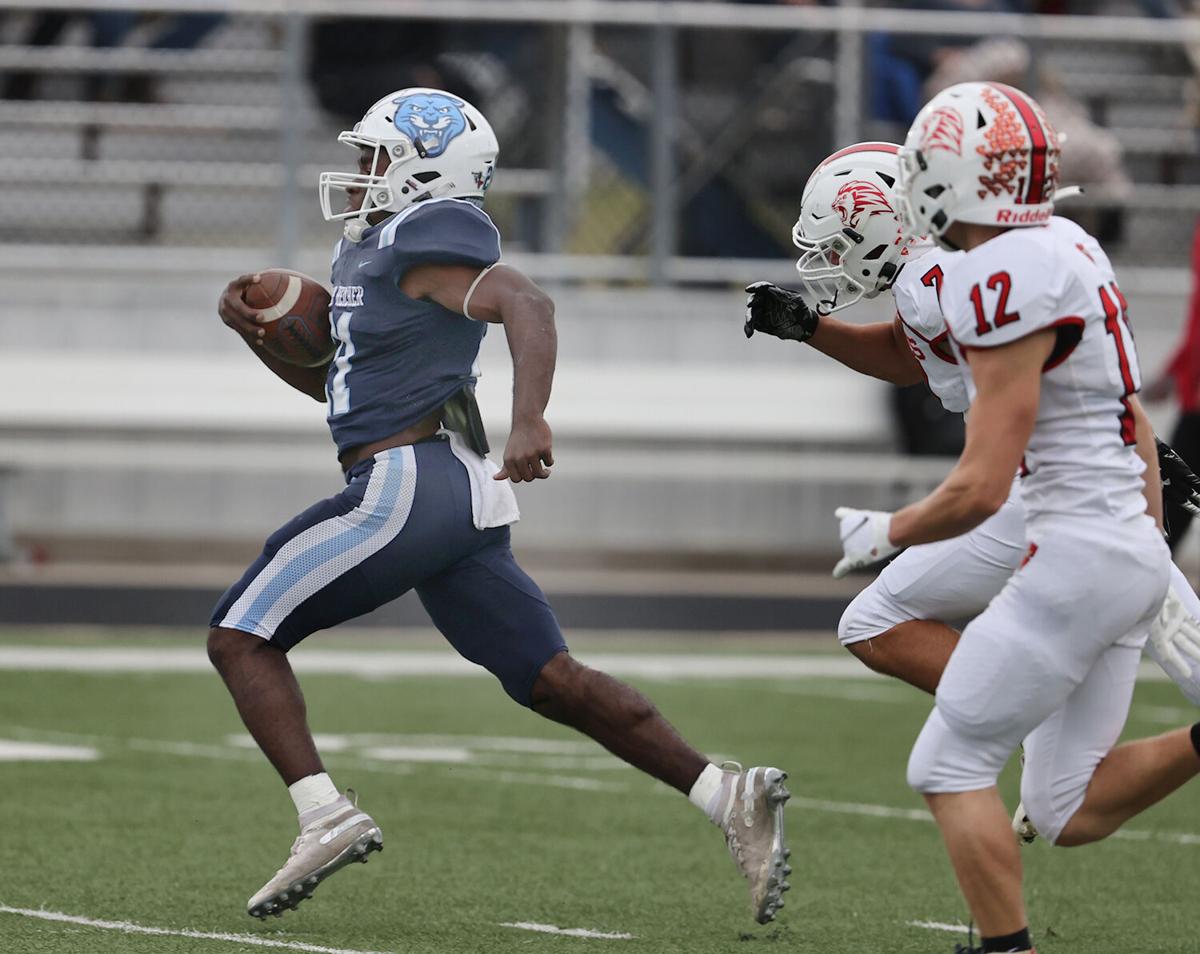 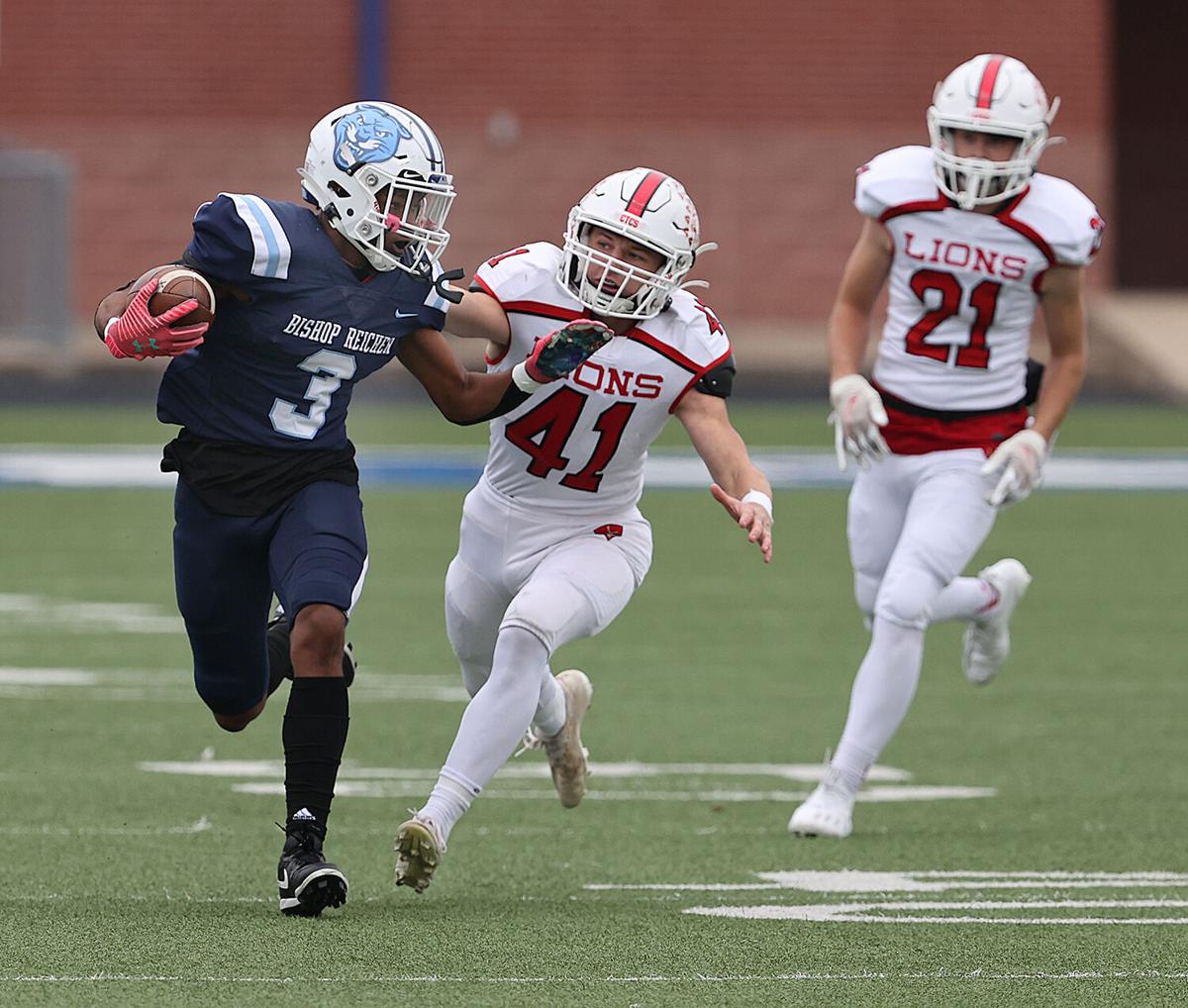 A hard drizzle was coming down on a cold afternoon when the Bishop Reicher Cougars gathered near midfield at Robinson’s Rocket Stadium on Saturday afternoon.

But you couldn’t find any trace of the gloomy weather on the faces of the Cougar players. They were too busy celebrating another week of football.

Reicher surged ahead of Temple Central Texas Christian on Eli Cummings’ 44-yard touchdown reception from Jake Boozer in the third quarter and the Cougars shut out the Lions in the second half to claim a 27-22 victory in the second round of the TAPPS Division IV playoffs.

Cummings had 238 combined rushing and receiving yards, while Boozer completed 9 of 13 passes for 259 yards and three touchdowns.

With the win, Reicher (4-4) advances to play Dallas First Baptist at 1 p.m. on Saturday at Gladiator Coliseum in Italy.

The Cougars trailed 22-20 at halftime, but they made the most of getting the ball to start the third quarter.

On the third play of the period, Boozer threw down the line to his right, connecting with Cummings on a tunnel screen. Cummings sidestepped a defender and then he was off to the races on the go-ahead 44-yard touchdown.

“I just had to do something for my team,” Cummings said. “I just saw it and went and got it.”

Kicker Cesar Betancourt booted the extra point to put the Cougars in front 27-22.

The Reicher defense did the rest by shutting out Central Texas Christian in the second half.

The Cougars used two takeaways to do it, including a fantastic play by Corey Long that stopped a Lions scoring chance from inside the Reicher 15.

On third-and-goal from the 14 midway through the fourth quarter, Central Texas Christian QB Alec Gonzales threw a fade pass to the back left corner of the end zone. But Long had the Lions receiver walled off and leaped to make the interception in the end zone.

Earlier in the half, Reicher’s EJ Boarman recovered a fumble that stopped a Lions’ drive at the Cougar 32.

All of that meant that the game came down to a Central Texas Christian fourth-and-nine play with less than two minutes remaining in the fourth quarter and the majority of both teams’ timeouts exhausted. Boozer got into the backfield to chase Gonzales as he threw a pass short of the goal line, but several Reicher defenders were there to swat it away.

From that point on, the Cougars were in celebration mode.

Second-year Reicher coach Tyler Holcomb lifted the playoff gold ball trophy and didn’t seem to mind that it was getting wetter by the second in the drizzle.

“In the second half we made a few adjustments here and there, mainly it was just being physical and attacking,” Holcomb said. “I thought we did a better job of that. Corey Long makes an incredible interception to put us in a good position to win.”

The Cougars kept their composure after Central Texas Christian (6-2) made a big play on the opening kickoff.

Lions speedster Andrew Lange received the kick at his own 10, sprinted toward the middle of the field and found a crease. He outran the Reicher cover team for a 90-yard touchdown. Central Texas Christian running back Ryan Turley added the two-point run for an 8-0 lead just 13 seconds into the contest.

Reicher responded late in the first quarter when Boozer hit a wide-open Long in the middle of the field for a 56-yard touchdown.

Turley capped a drive with a six-yard touchdown run early in the second quarter.

But once again, the Cougars punched back. This time Cummings, who finished with 127 rushing yards on 15 carries, got loose for a 60-yard touchdown.

Turley, who rushed for 158 yards on 34 carries, scored the Lions final touchdown on a four-yard run with 6:46 left in the second quarter. That put Central Texas Christian in front 22-13.

Reicher narrowed the gap when Boozer connected with Mekhi Rice and Rice shook off the Lions defense to turn the play into a 74-yard touchdown.

“They were playing about eight or nine in the box. It gets really hard to run the football,” Holcomb said. “We made plays when we needed to make them.”

At halftime, University’s drum line brought the noise, thumping away with resounding beats. But this was a game marked more by the whistlers i…

As COVID-19 case numbers have spiked across Central Texas, local athletic directors and coaches find themselves going to a second and sometime… 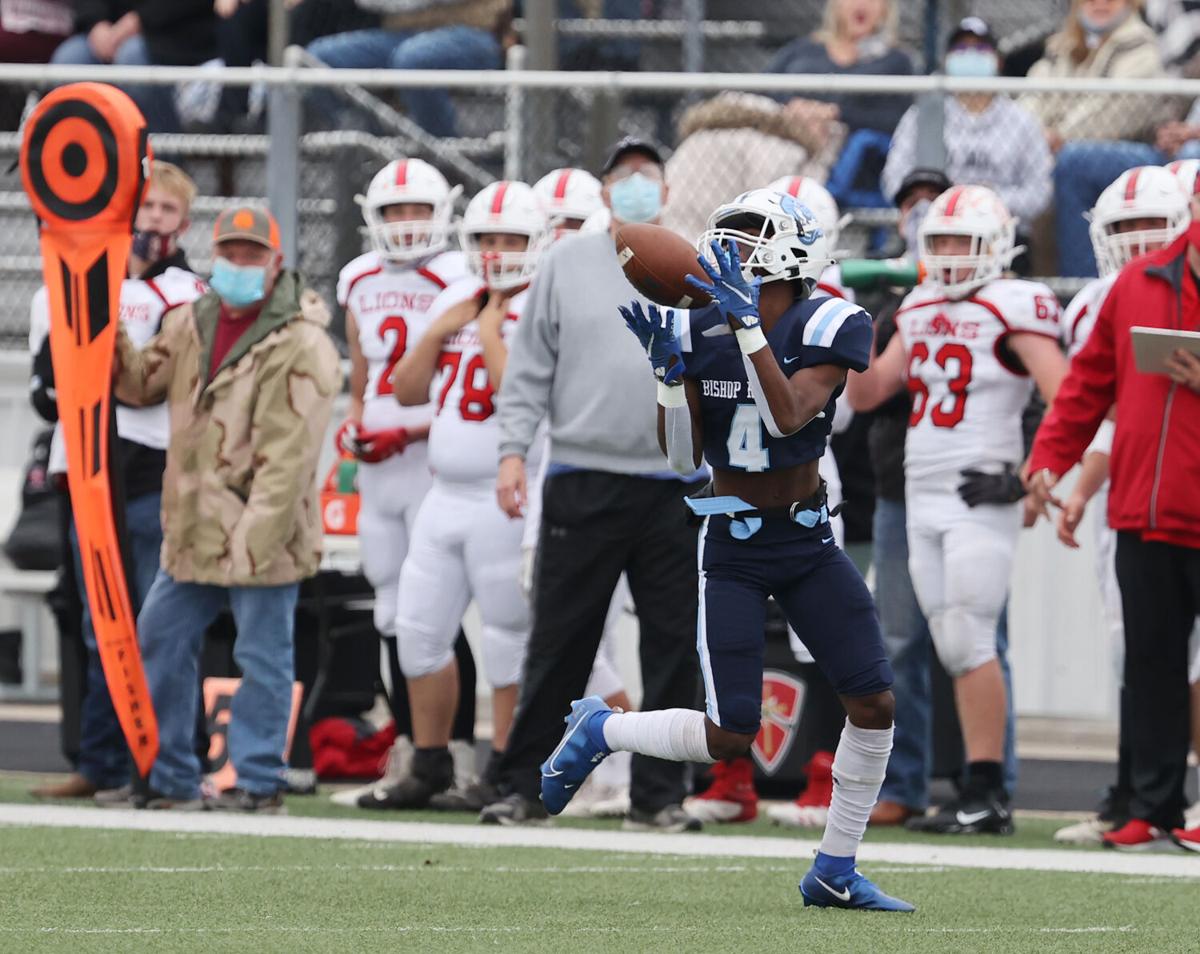 Bishop Reicher wide receiver Corey Long pulls in a touchdown pass in the first half of the Cougars' playoff victory over Central Texas Christian. 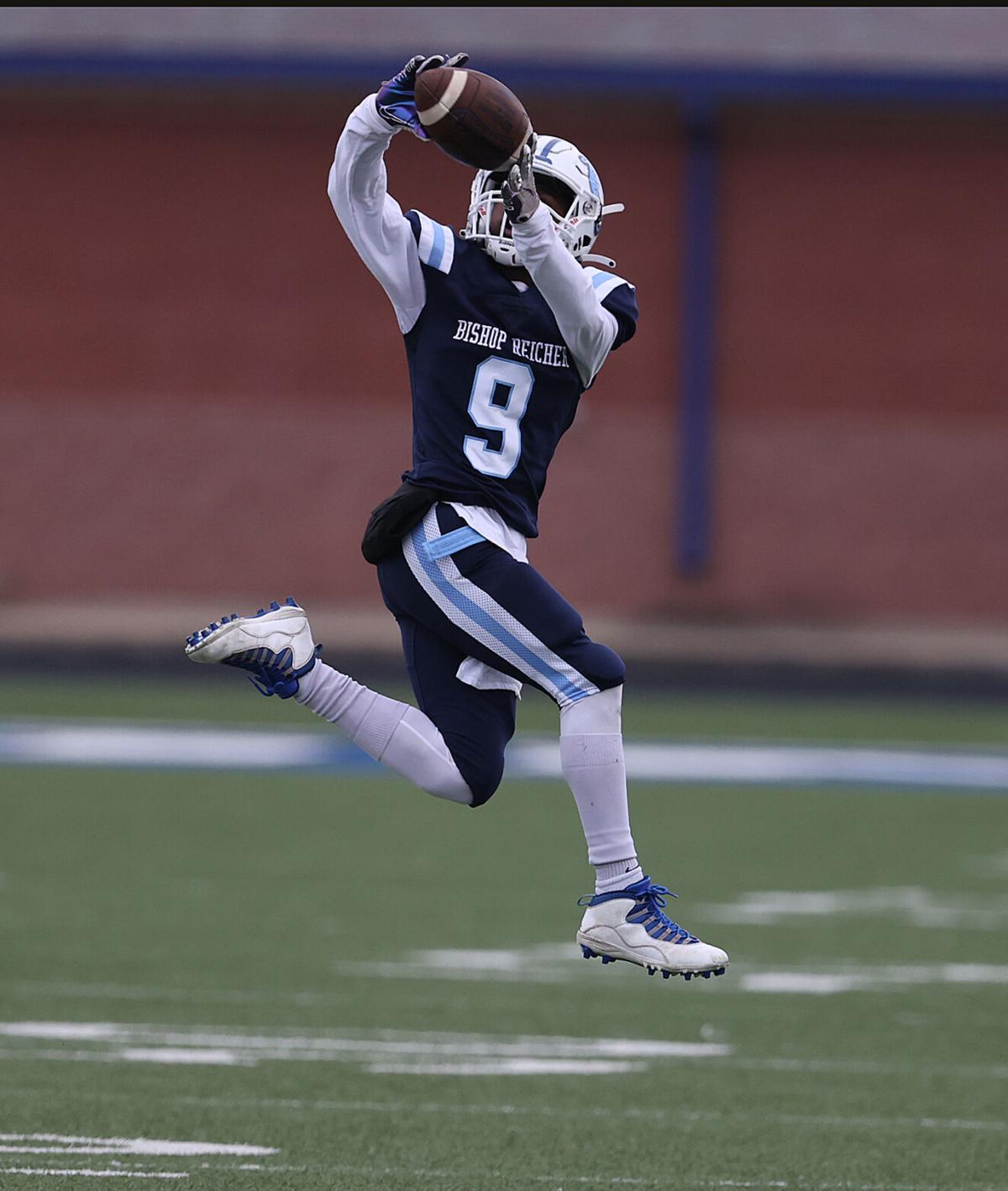 Bishop Reicher's Mekhi Rice pulls in a touchdown pass during the first half of the Cougars' 27-22 victory over Central Texas Christian on Saturday at Robinson High School. 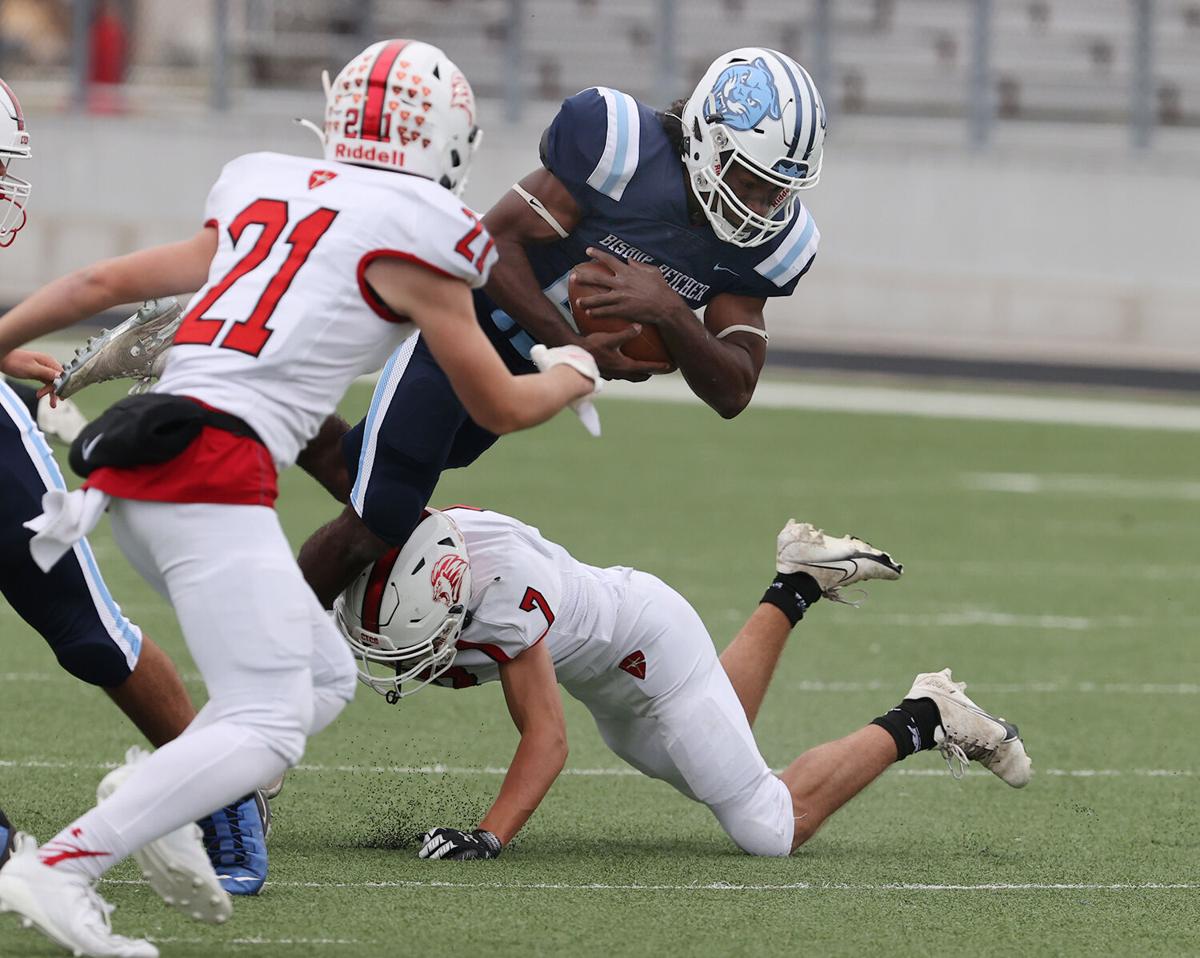 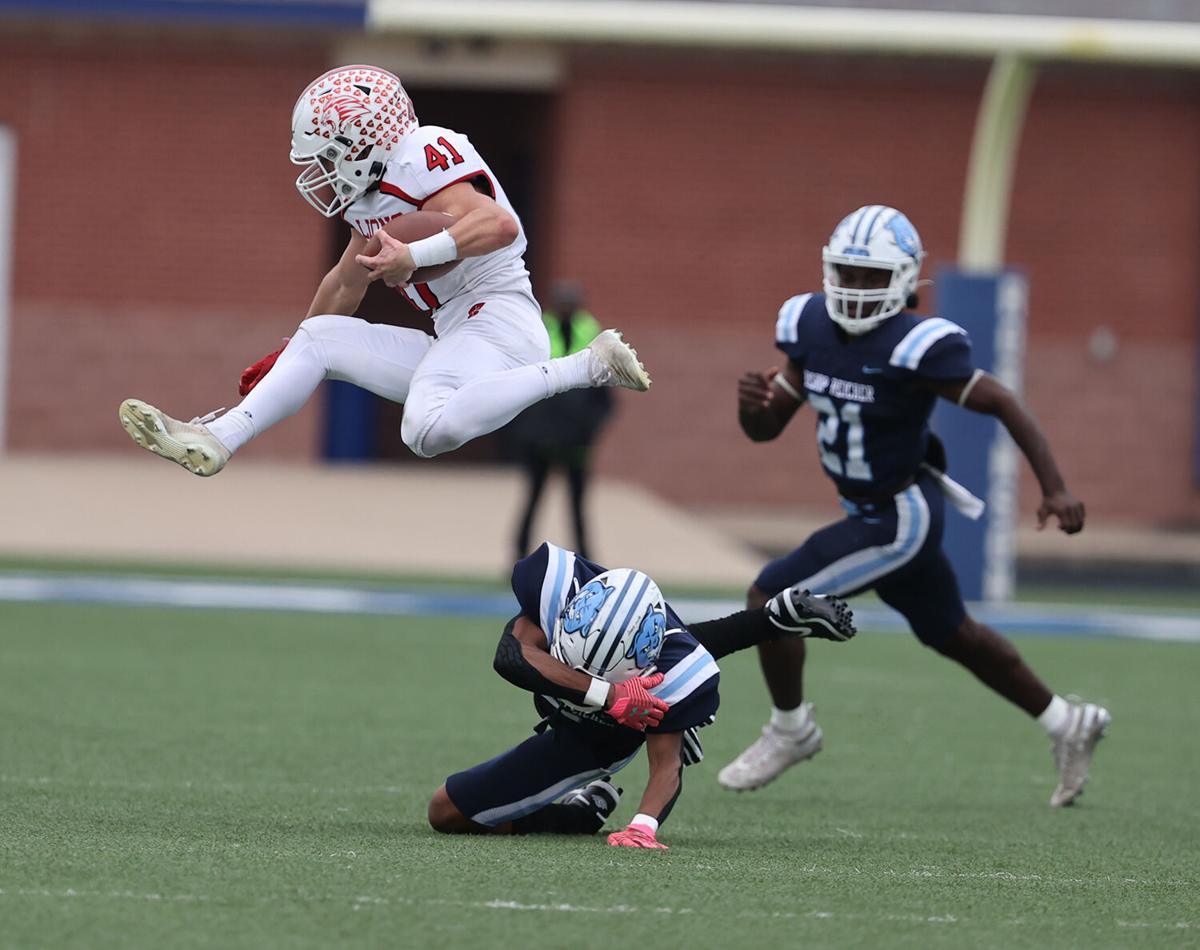 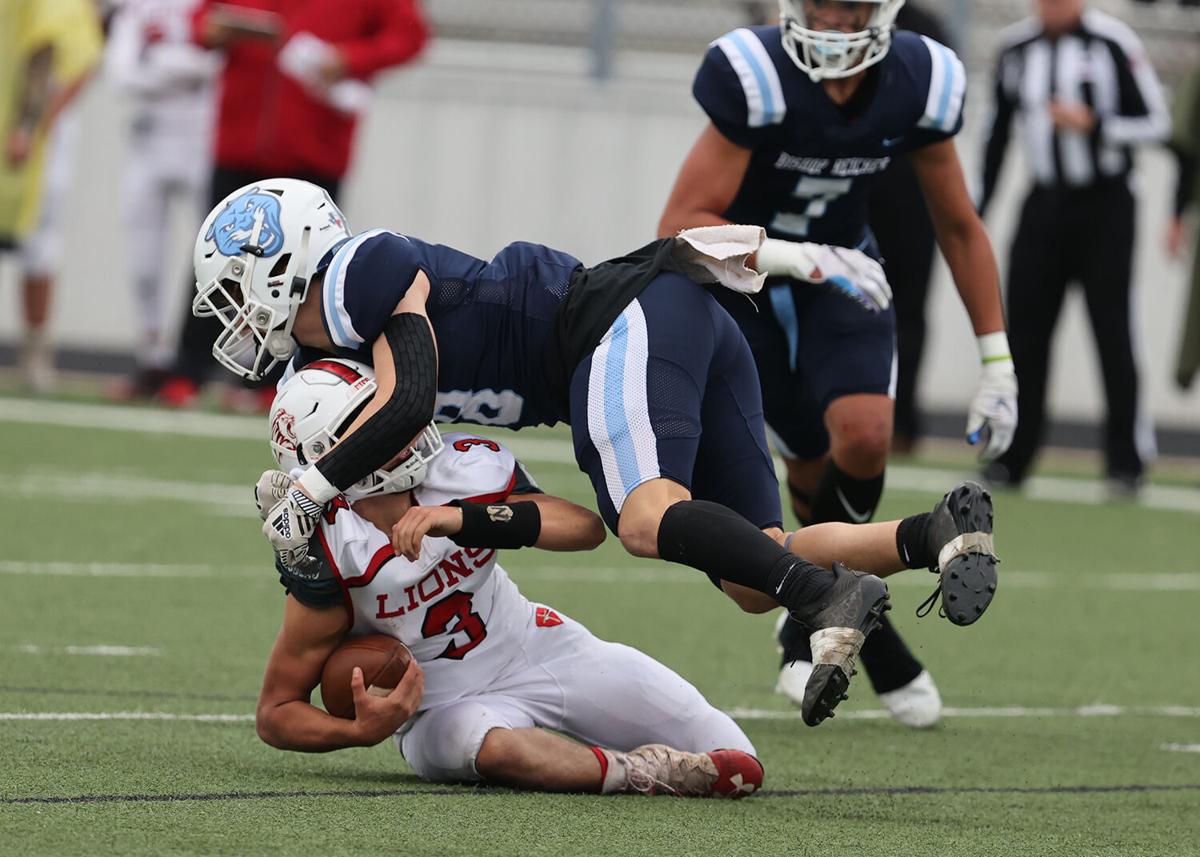 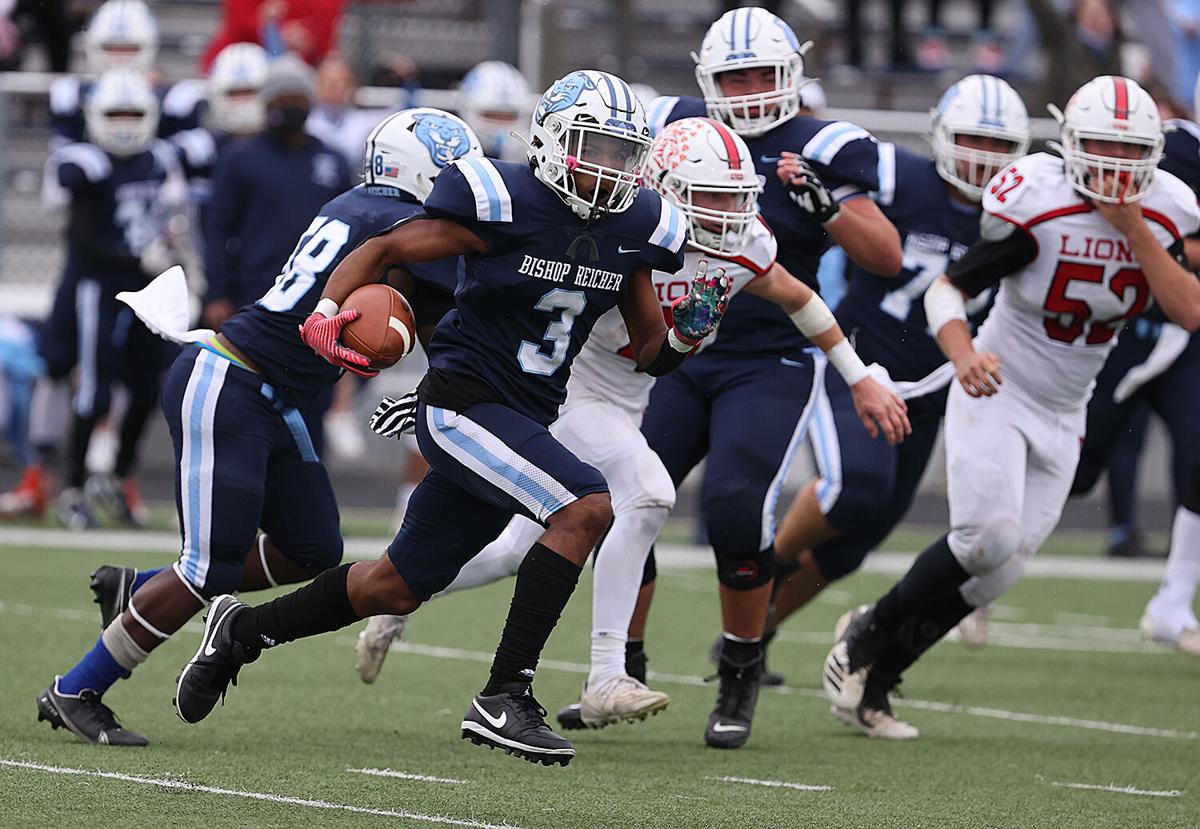 Bishop Reicher's Sir John Strain makes a turn against Central Texas Christian in the first half.