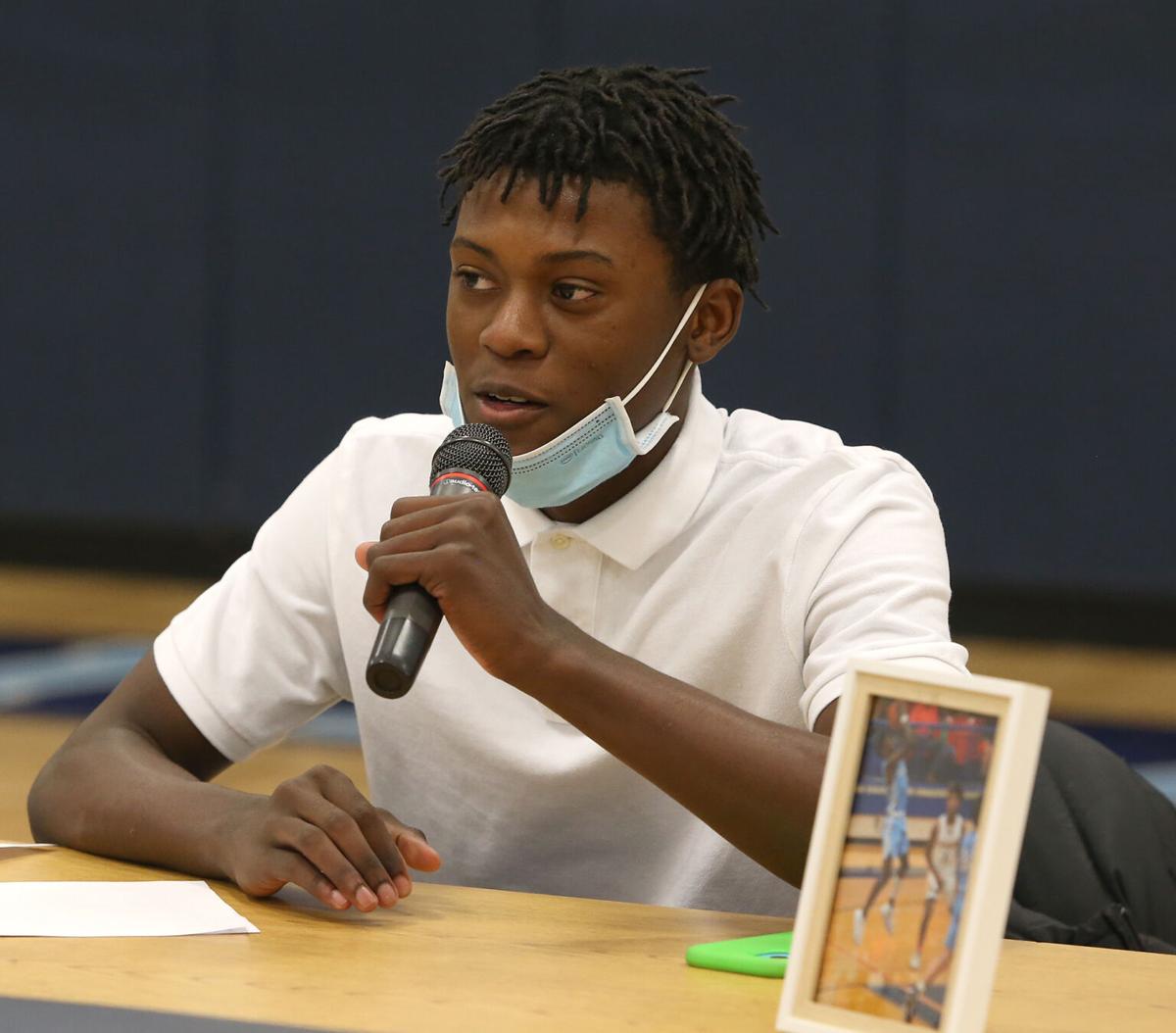 China Spring senior Eli Stephens thanks those who have helped him along the way before signing with American University in Washington, D.C. 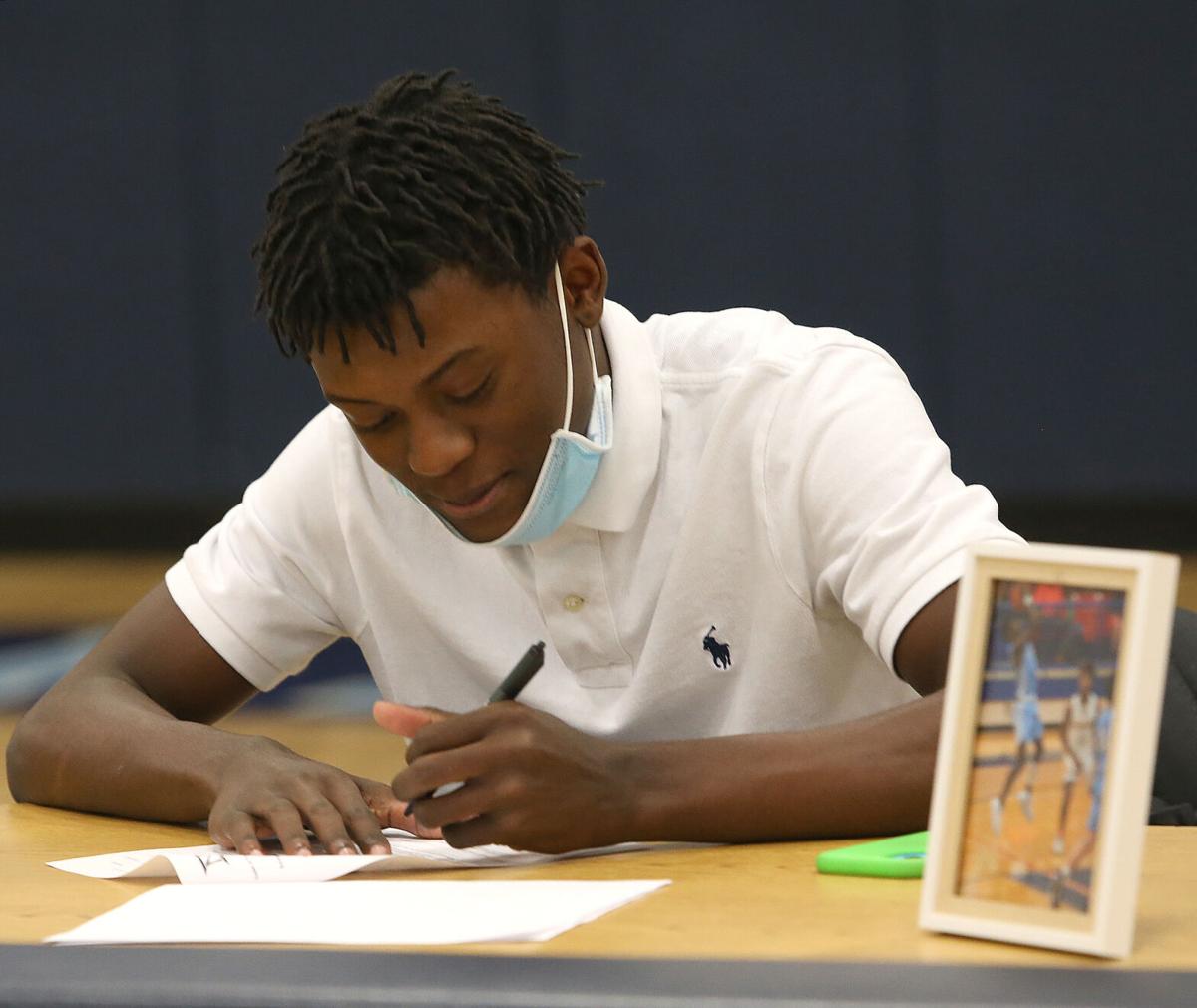 There were times, when Eli Stephens was alone in the dark, lying in bed, that the doubts would begin to creep into his mind. Then he’d shake his head and dismiss those thoughts, and he’d get up the next day even more determined than ever to grasp his dream.

Stephens certainly possesses the skill and the stats of a big-time college basketball player. He owns more accolades and school records than his China Spring head coach Phil McCaslin had time to list. Among them: He’s the reigning Super Centex Player of the Year and District 18-4A MVP, coming off a season in which he averaged 27.1 points per game in spurring the Cougars to their first regional tournament appearance since 1989.

But he’s also 5-foot-8, and that means some college scouts looked right over his head and directed their attention on bigger (in size) prospects.

“Yeah, there were some nights where I was like, maybe I won’t be able to get to that level, be able to play against that competition,” Stephens said. “It just drove me to work harder.”

McCaslin witnessed Stephens’ irrepressible drive each day in practice. The coach said he would marvel at the way his star player attacked even the simplest of drills. He never stopped working on his game. He realized he could always get better.

“He trusted the process,” McCaslin said. “He didn’t expect an offer this day or that day or said by this day. He said I’m going to get better today. You see him in practice, the way he attacks the process is phenomenal. That’s why he is where he is. He never rests on his laurels, which there are many. He’s trying to get better and set new goals.”

American University is located in Washington, D.C., and plays D-I basketball in the Patriot League. The Eagles were 16-14 in the 2019-20 season and 12-6 in conference play, falling to Bucknell in the quarterfinals of the Patriot League Tournament. They last made the NCAA tournament in 2014.

Stephens said he appreciated the way American’s coaching staff embraced him and made him feel wanted.

“The way they showed love for me and brought me in as a family member,” Stephens said. “They always were encouraging me, being there for me, always asking me questions and stuff. It just made it feel like home.”

Speaking of family, Eli said he couldn’t have reached his real-life American dream without the guidance and support of his father Antwan Sr. and brother Antwan, who joined him at Tuesday’s signing ceremony in the China Spring gym. The younger Antwan is a past Cougars standout who now plays for Concordia University in Austin. The one-on-one battles that he and Eli staged in the driveway and in the China Spring gym remain locked in Cougar lore.

“He helped a lot,” Eli said of his brother. “He taught me some stuff, talked me through some stuff, made sure that I was focused on what I wanted to do, what I wanted to accomplish. He just pushed me harder in the gym, constantly being that better competition to play against. It made me a lot better.”

The road to college basketball wasn’t a smooth one for Eli. The toughest loss of his life came in October 2016 when his mother Tashekia died in a car accident. He still carries her memory with him when he takes the court.

Eli left tragedy behind, and now he has reached a measure of triumph.

“It’s been hard. It’s been long,” Stephens said. “I’ve been playing basketball since I was six, and I’ve been grinding every day since then, trying to get that scholarship that I finally received. I’m very excited.”

Piggybacking on the old adage of defense wins championships, the Pirate defenders came to play Friday night in Corsicana.

China Spring senior Eli Stephens thanks those who have helped him along the way before signing with American University in Washington, D.C.