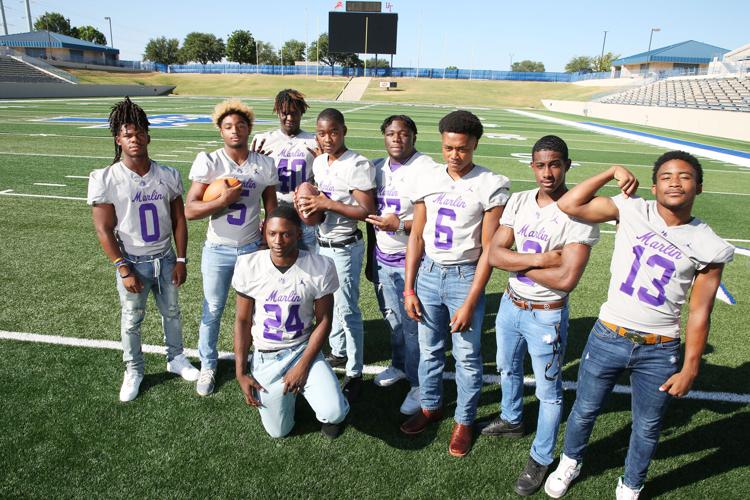 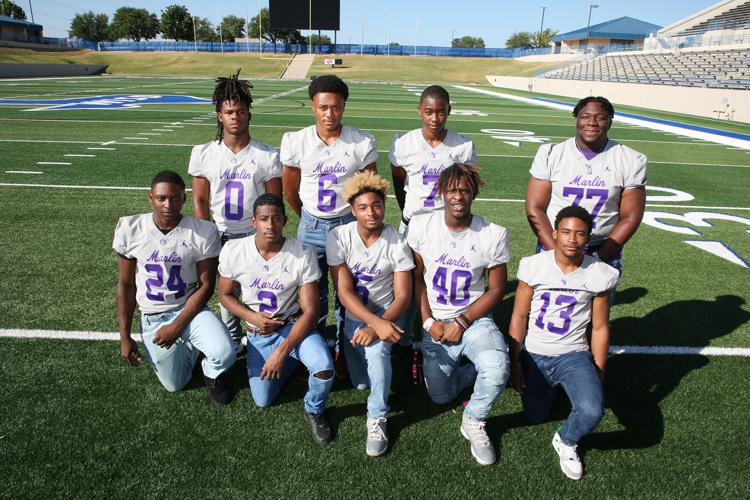 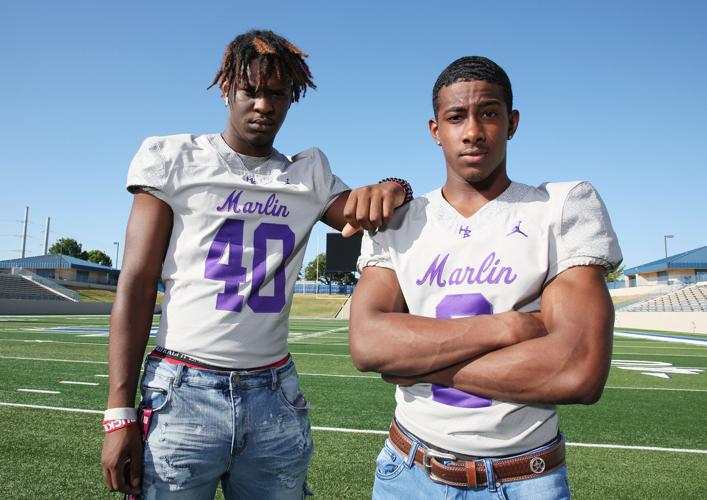 MARLIN — The Marlin Bulldogs are underdogs no more.

After leading Marlin to a state semifinal in his first season at the helm of the program, Ruben Torres knows his team isn’t going to sneak up on anyone. But with the majority of their major contributors returning, the Bulldogs are starving to get farther this year.

“I’ve been really impressed with our kids as far as their motivation,” Torres said. “You know, they’ve continued to stay level-headed and hungry. I think they understand that, for us to accomplish all the things that we want to, it’s a process and it’s a long journey. So their temperament, their attitudes, have been great. I couldn’t ask for anything more.”

Marlin endured only a small amount of turnover heading into the 2022 season. With the players being more familiar with the system and coaching staff, Torres said they’re looking to start much faster, especially on offense, as opposed to last year when the Bulldogs didn’t seem to hit their stride on that side of the ball until around midseason. But Torres has liked what he’s seen so far in practice.

“I’ve been very pleased and encouraged by what I’ve seen, especially with the leadership of our quarterback, and his supporting cast that’s returning with Trajon Butler and Zha’Mauryon Lofton,” the coach said. “You know, we’re returning four out of the five starting offensive linemen so we should be a lot better up front.

“So, really, we have no excuses. I think if we stay healthy, and we can continue to just be ourselves, we have a great opportunity to make a run.”

The Bulldogs will have Desmond Woodson back in the saddle at quarterback, entering his senior season. As a junior Woodson completed 116-of-245 passes for 3,450 yards, 37 touchdowns and was intercepted just six times while also tallying 62 carries for 620 yards and four touchdowns.

Butler will likely be one of his favored targets. The senior receiver nabbed 59 catches for 1,371 yards and 18 touchdowns last season as well as carrying 47 times for 776 yards and 10 touchdowns. Lofton, a Swiss Army Knife kind of player, will also play a major role at many different spots after filling in on both sides of the ball last year. Torres said they’ll be a little more “judicious” on where they place Lofton early in the season, however, as he’ll be an essential piece later down the road.

According to Torres, Gullette will finish off high school in Teague, where his father Lawrence has taken over the girls’ basketball head coaching position. Derion recently committed to Texas and plans to graduate a semester early in December so he can go through spring drills with the Longhorns in 2023.

“I know he wanted to have an even more explosive senior year,” Torres said of Gullette. “He did have surgery and he’s rehabbing really hard. ... We really feel bad for him. I feel bad for him because of how much he had put into this program and himself. And, you know, not being able to go out there his senior year with his brothers and his friends that he’s got an extremely close relationship with, my heart goes out to him

“But I am really excited for what the future holds for him. His high school days are done and he’ll go on to the college game at a major university and it’ll be exciting to see what he’s able to accomplish there.”

Defensively, Marlin doesn’t seem to have anything to worry about with the loss of Gullette at linebacker. They’ll have Jemere Hartsfield filling in the role. After overcoming injury last season, Torres believes Hartsfield will have a high ceiling and help strengthen the linebacker corps, which also includes junior Mario Hopwood and the 2021 Super Centex Defensive Newcomer of the Year in Ty’raun Bell.

Bell was a force to be reckoned with in 2021, tallying 186 tackles, 16 tackles for loss, one interception, five forced fumbles, two fumble recoveries, two sacks and two QB hurries. Torres noted that Bell’s talent has only been matched by the sophomore’s work ethic.

“We knew without question he was just a flat-out really good talented football player, but his growth — he is by far the hardest-practicing player I’ve ever had in 17 plus years. He is a coach’s dream when you talk about practice. His football IQ, his attention to detail, and I think what separates him is his intent to be great. I mean, he wants to be great.

Marlin is returning its entire secondary and will also add a couple of freshmen to the mix. Torres thinks the newcomers will really make a name for themselves.

“I’m really excited about our defense. I think they’ll pick up right where they left off, especially in the back seven. All signs are pointing up for that unit,” Torres said.

All in all, the Bulldogs have crafted an identity now and are focusing on continuing to erase the old view of Marlin. Torres said it took a lot of discipline and buy-in from everyone but things really began to roll once the trust was built.

“I don’t know if you would call it a stereotype but there was a fair amount of time recently where, Marlin, fairly or unfairly, had a poor image,” Torres said. “I think you put a very athletic team on the field that’s disciplined and knows what they’re doing and is well-coached and plays unselfishly, I think it’s a pretty good recipe for success.

“And so our kids have now experienced it and they believe it. It makes them that much easier and faster to go out there and coach.” 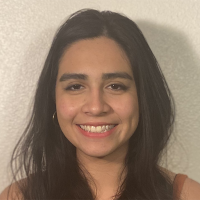 Wednesday marks the first day of the football spring signing period, but most Central Texas high schools won’t hold their ceremonies today due…

Even the best laid plans get thrown out the window.

The Midway Pantherettes have clinched a playoff spot and they’re working toward making a run in the postseason.

Tommy Allison is returning to the head coaching ranks. 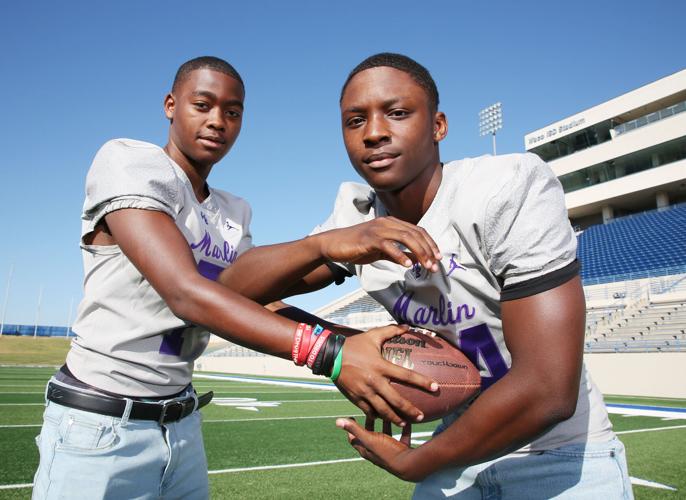 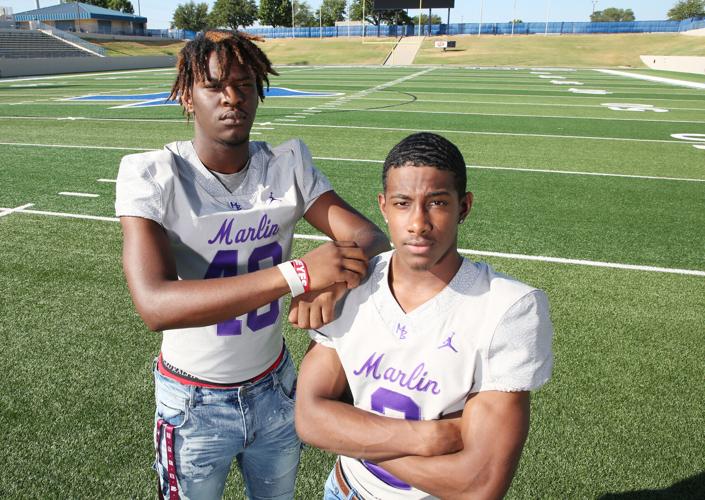 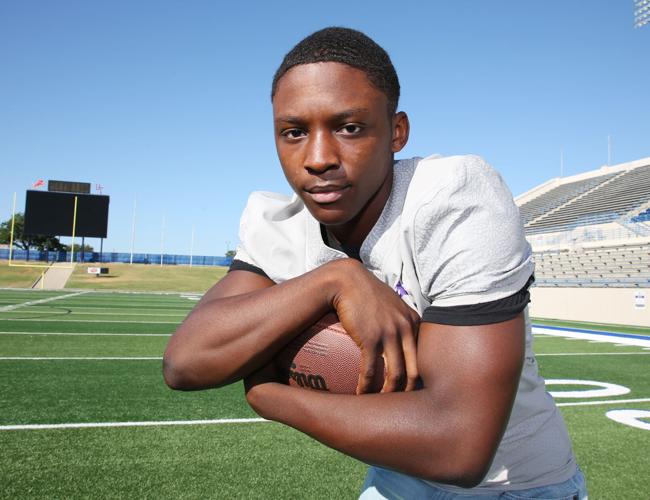 Marlin's Jemere Hartsfield will try to pick up some of the slack at linebacker for the departed Derion Gullette.