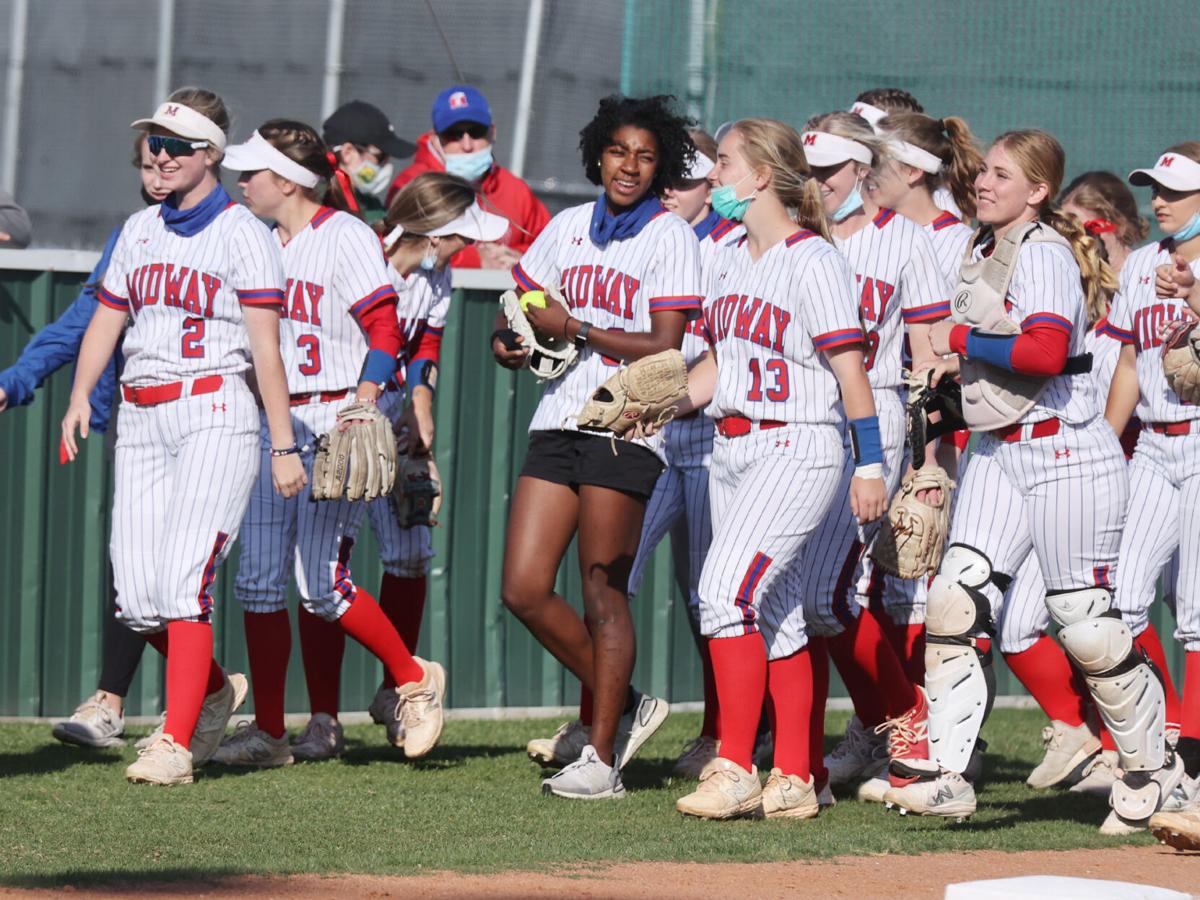 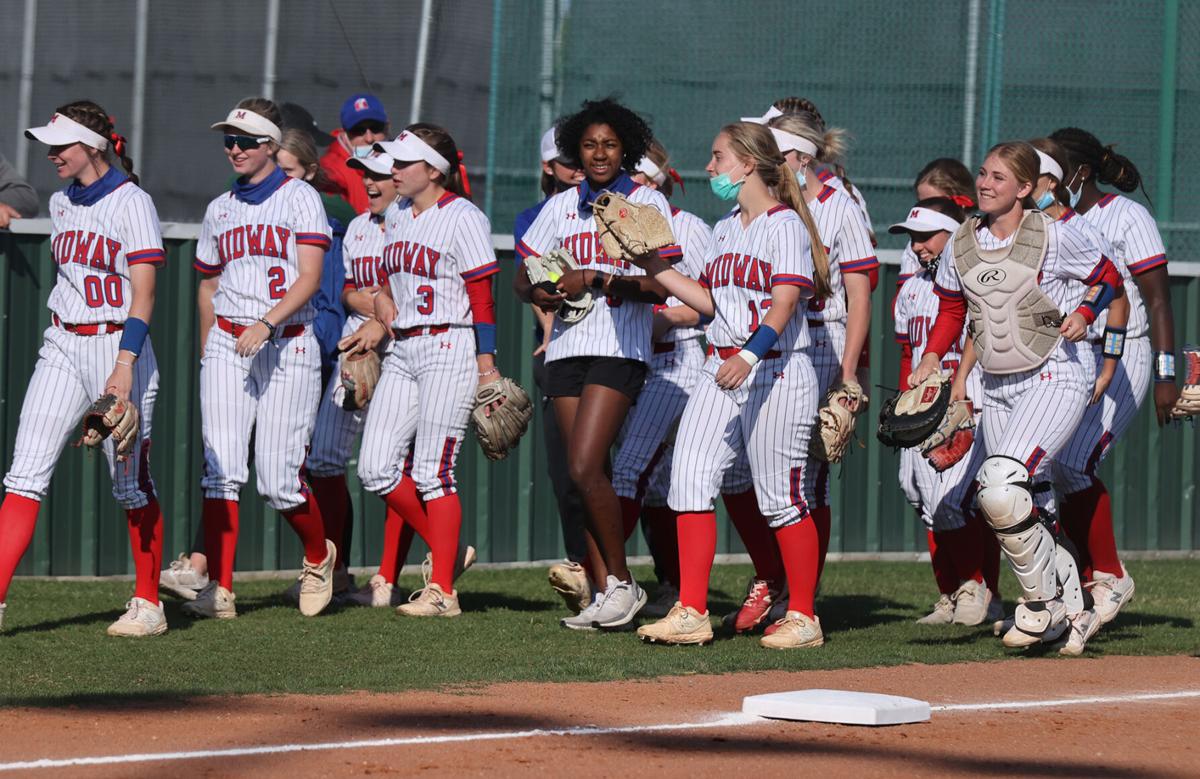 Jordan Williams has been around the game of softball her whole life, and knows the game can humble you at any moment. So she’s not prone to outlandish braggadocio.

She also knows a championship-worthy team when she sees one.

“People have been asking, ‘Realistically, how far can this team go?’” said Williams, Midway’s second-year softball head coach. “I don’t mean to sound boastful or overly confident, but if this bunch doesn’t get to the state tournament we did it on our own. This group of kids is awesome. One through nine, they all seem to get 2-3 hits a game, and then we’ve got three really good pitchers. ... I’m not saying we can’t be beat, but it’s going to be hard to beat us.”

That light tower-high level of optimism can be found at plenty of Central Texas dugouts, not just the one over at Midway. As the UIL playoffs get underway on Wednesday, you can look in any direction from downtown Waco — north, south, east, west — and you won’t have to travel far to find an area softball squad well equipped for a deep playoff run.

Of course, this spring marks the first round of playoff games since 2019, since last year’s action was wiped out by COVID-19. That adds an extra layer of thrill to the proceedings.

“Everyone is really excited,” Midway’s Williams said. “It’s like, ‘Finally.’ You still have this feeling like you’re waiting to hear who’s getting quarantined, who’s going to get COVID, because it could strike again. The nerves are there, but with the playoffs starting everyone is ready to have some fun and get it going.”

Midway enters its bi-district series with Harker Heights boasting a 20-1 overall record and ranked fourth in the state 6A poll by the Texas Girls Coaches Association. In addition to gifted, experienced seniors like twin sisters and Baylor signees Caroline and Jenna Rowatt, the Pantherettes have benefited from several contributors who have exceeded expectation. Namely, senior outfielder Natalie Harris, a slapper with a .652 batting average who also has also shown an art for shoplifting potential round-trippers against the fence.

Williams also praised the play of freshman rightfielder Kelsey Mathis, who is hitting .550 and “has totally proven herself” as a consistent contributor both at the plate and in the field.

PALESTINE — Marlin’s girls were the big winner at the Region III-2A Track and Field Championships, as the Lady Bulldogs powered to the team title with a 70-point effort.

Marlin’s Aniya Williams clocked in at 26.79 seconds in the 200 to finish second and punch her ticket to state. Williams is one of the best basketball players in the area, but obviously her athletic talents are not limited to the court.

Marlin senior Taliyah Davis won the 100 hurdles title in a time of 16.19 seconds. She also advanced to state in the triple jump, finishing second with a best of 35-33/4.

Bremond’s D’Miyah Griffin captured a silver in the 100 with a time of 13.14 to advance to state.

In the throws, Bosqueville’s Ashlyn Zander advanced to state in two events. She turned in a second-place regional effort in the shot put, throwing 39-6. Then she added gold in the discus with a best heave of 116-10.

On the boys’ side, Central Texas also sent a slew of qualifiers on to state.

Bosqueville sophomore Jaxson Bray cleared 14-0 in the pole vault for the regional title, moving on to state for the first time after 2020’s meet was a scratch. His teammate, Bulldogs senior Carson Skeeler, picked up the long jump title with a best of 21-10.

In the triple jump, Dawson’s Ja’Mariyea Hamilton soared to gold with a top leap of 44-33/4.

Marlin sophomore Trajon Butler came in second in the 100 to advance, running 11.22 to finish within a whisker of Kerens’ Jarod Brackens (11.21). Butler also helped Marlin’s 4x100 relay advance with a second-place finish.

Mart’s Kei’Shawn Clater moved on to state in the 200, finishing second to Brackens with a time of 23.08.

Axtell’s Luke Leathers tossed a personal-best 145-8 in the discus to finish second and advance.

Crawford freshman Huston Powers made the most of his first regional meet, advancing with a second-place finish in the 400 at 50.91 seconds.

Rapoport’s Rene Rodriguez motored to a time of 4:51.71 to finish second in the 1,600 and qualify for state. He just missed being a double qualifier, as he was third in the 3,200.

Boland defeated Aidan Lee of The Woodlands, 6-2, 6-0, in the regional final to claim the gold medal. That followed up a busy Monday in which Boland won three singles matches to earn a spot in the regional title match and secure a state berth.

The 6A state tennis tournament will be held May 20-21 in San Antonio.

Just as it was last weekend, Midway’s Panther Stadium will be hopping with track and field action on Friday and Saturday, as it hosts the TAPPS State Championships.

Live Oak junior Carter Cheek is among a number of Centex athletes with a chance to mine for gold. Cheek enters the meet with the top qualifying time in the 300 hurdles (39.67) and the 110 hurdles (15.15), and also runs a leg on the Falcons’ state-qualifying 4x200 relay team, the title favorite with a season-best clocking of 1:34.49.

Vanguard’s Lily Martin could be one to watch in the 3A girls pole vault, as she has cleared 8-6 this season, tops in the field.

In addition to fourth-ranked Midway, here are five Central Texas teams who are fully capable of adding to their trophy case with a 2021 state softball championship.

China Spring (14-11) – Dismiss the Lady Cougars at your own peril. They went 10-0 in District 18-4A, outscoring their opponents, 108-31, led by one of the steadiest run producers in the area, sophomore Brookelyn Guerrero.

Lake Belton (22-5) – As opening acts go, this is like Prince and Michael Jackson teaming up for a duet. Despite a lineup of just freshmen and sophomores, the first-year Broncos haven’t lost yet to anyone outside of a Class 6A team. (Hint: They’ll compete in the 4A playoffs.)

Crawford (22-4) – It’s a young bunch, so Kirk Allen’s team may be ahead of schedule, but the Lady Pirates are blessed with as much recent softball playoff tradition as any program in the area.

Bosqueville (19-1-1) – Circle gets the square. Yes, the 10th-ranked Lady Bulldogs are well-rounded in the circle, behind pitcher Emilee Wade, and can do plenty of damage in that square batter’s box, led by Baylor signee Emry McDonough.

Bishop Reicher (12-0) – Dominate much? These Lady Cougars, ranked No. 1 in TAPPS Division III by MaxPreps, have outscored opponents, 166-5. The ace slinger Hannah Boettcher has been getting it done, with a season ERA of 0.00.

Lorena softball powers past Blooming Grove, into next round

The Live Oak boys’ 4x200-meter relay team had a plan they thought would give them a chance to win a gold medal at the TAPPS State Meet.

Brice Cherry: Even when people bail, the high school football party rages on

So, I’ve got some good news and some bad news.

BELTON — As far as playoff openers go, this one couldn’t have gone much better for the Midway Pantherettes.

GAINESVILLE — Was Friday a perfect day to play baseball? It was for McLennan’s Logan Henderson.

From a state championship-winning coach to eventually becoming executive director of the Texas High School Coaches Association, Joe Martin was…

Live Oak senior Ellie Lynch claimed a state title in the Class 3A shot put, among the highlights of the Falcons’ opening day of the TAPPS Stat…