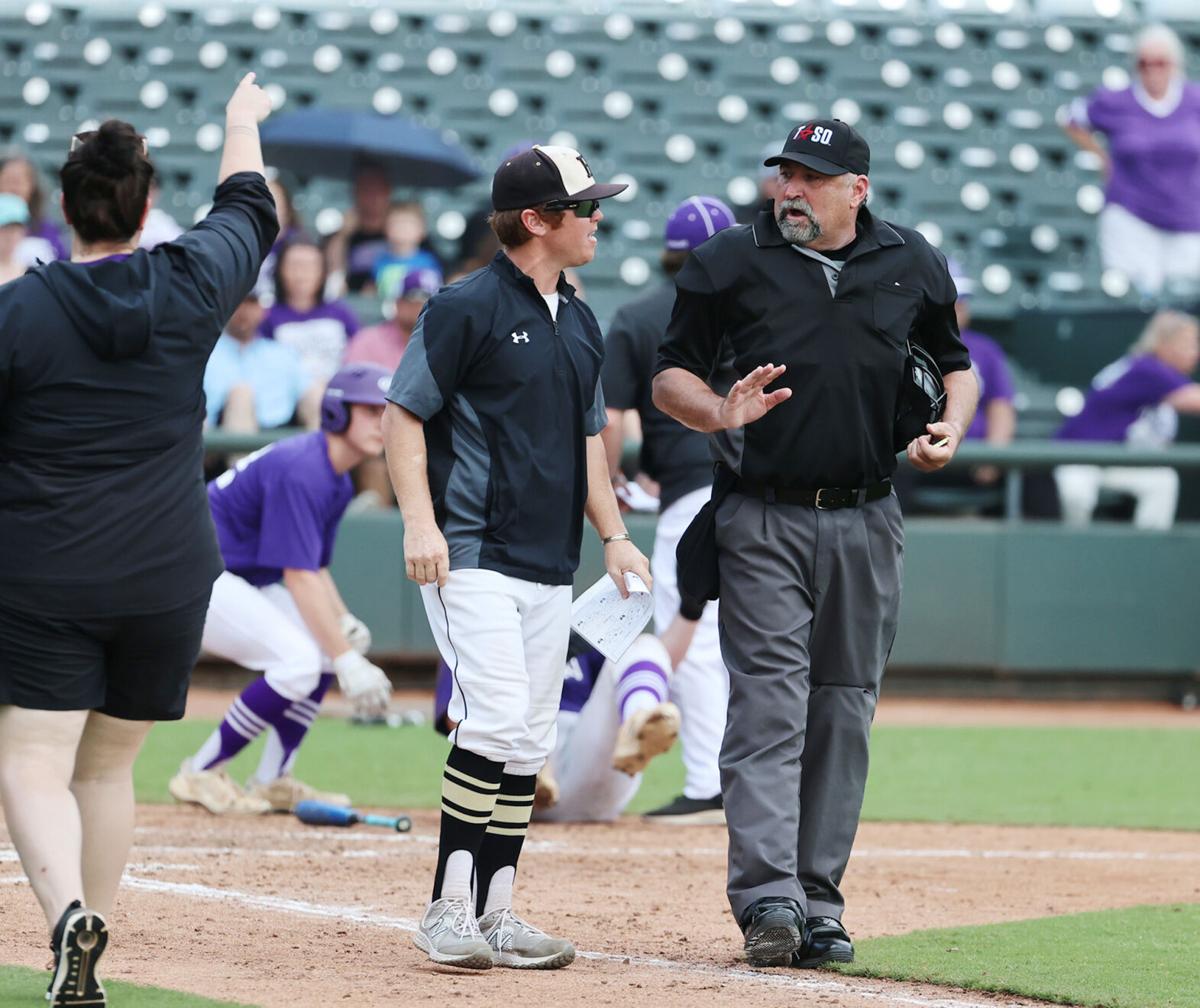 Hubbard baseball coach Jordan Grimm gets an explanation from home plate umpire Jeff Hillard during the sixth inning of Kennard's victory over the Jaguars on Wednesday. 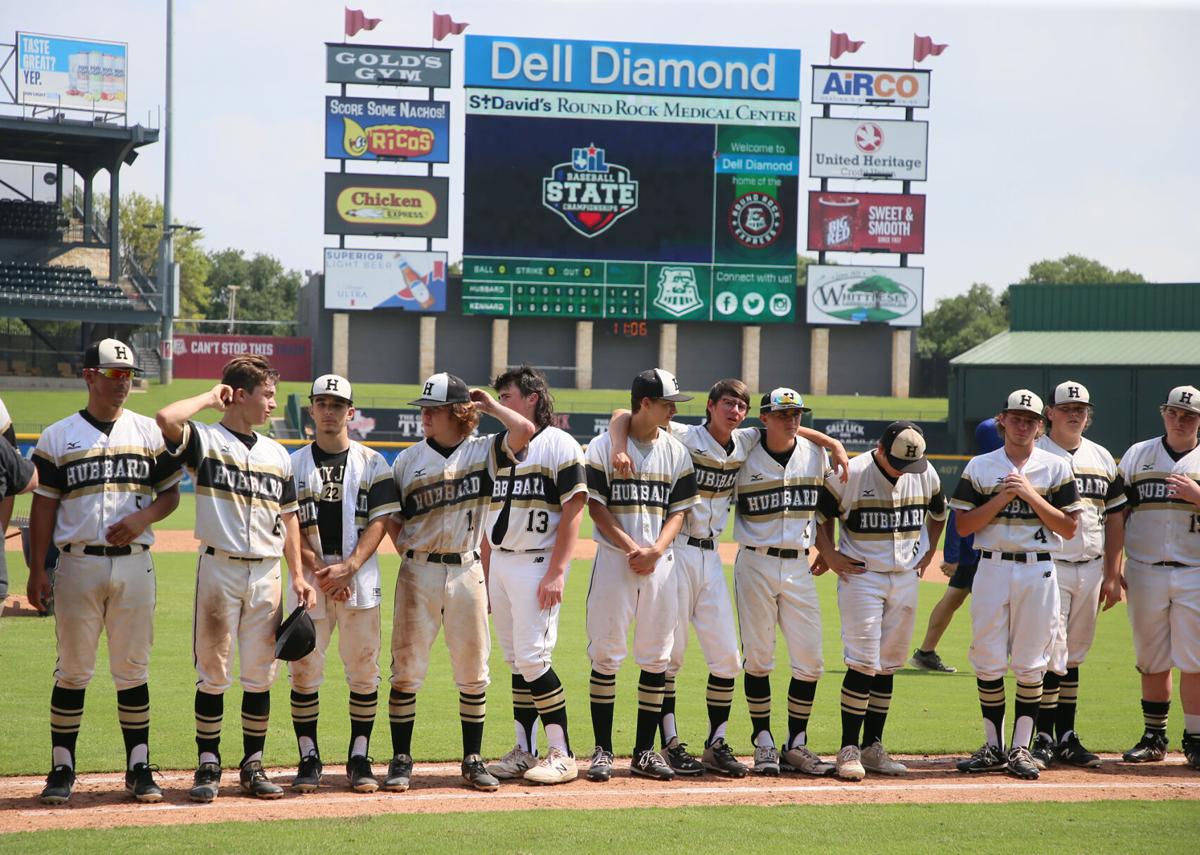 Hubbard players receive their state medals after losing to Kennard 3-1 in the 1A semifinals on Wednesday at Dell Diamond. 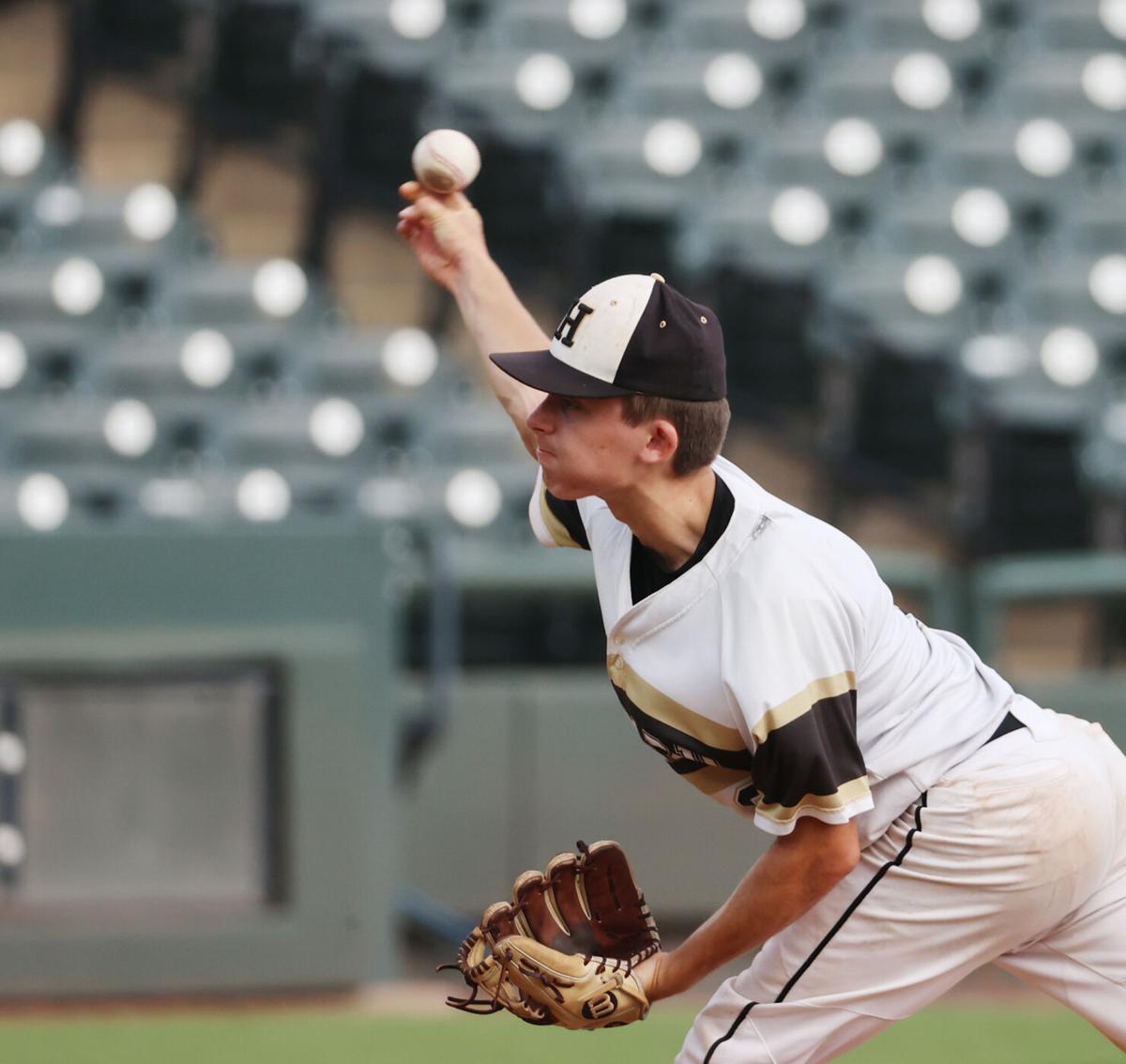 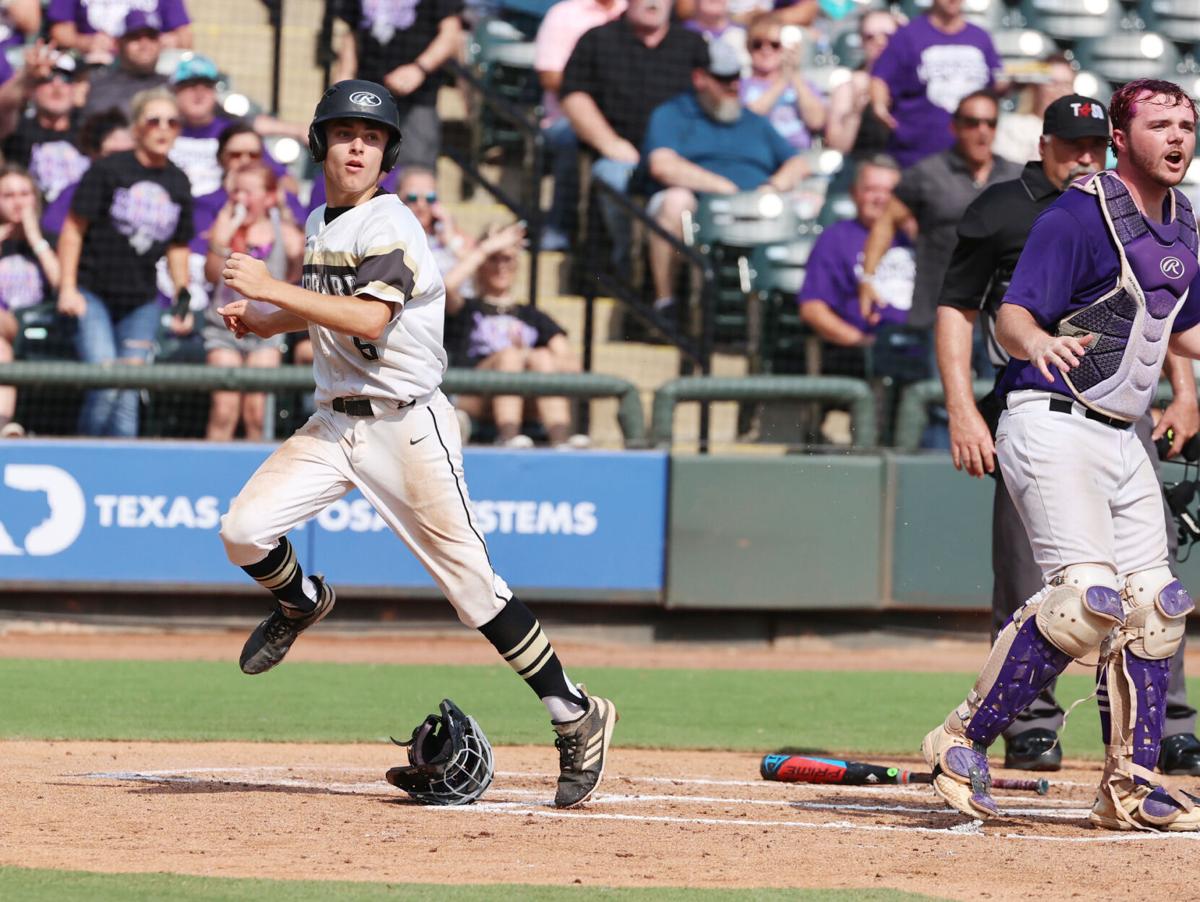 Hubbard’s Shelby Noppeney, left, scores on an infield hit by Sebastian Olvera in the fourth inning.

That’s not how it went for the Hubbard Jaguars in their first trip.

The Kennard Tigers rallied for two runs in the bottom of the sixth inning and claimed a 3-1 victory over Hubbard in the UIL Class 1A semifinals on Wednesday morning at Dell Diamond.

Kennard plated a pair of runs immediately following a weird play in the batter’s box. Tigers junior Dylan Cole took off from second base, attempting to steal third. Hubbard catcher Blaine Cornelius popped up to make a throw, but instead beaned batter Jacob Catoe in the head. Catoe went to the ground in obvious pain and Cole easily made it to third.

Hubbard coach Jordan Grimm asked the umpire for an interference call but was denied.

“He said he was standing in the box,” Grimm said. “I disagreed, but that’s the way it goes sometimes.”

Once Catoe regained himself, the Jaguars intentionally walked him because they were facing a three-balls, no-strikes count with one out and a runner on third.

Catoe stole second to keep Kennard out of a double play situation. Then Caleb Alfred smacked a single to center that scored Cole and Catoe for the winning runs.

With the victory, the Tigers (14-5) move on to Thursday’s 1A championship game to face Fayetteville.

Hubbard finishes its season with a 25-11 record following the Jaguars first trip to the state tournament in any boys’ sport.

“Great season,” Grimm said. “We didn’t play our best ball out here. Sometimes that’s just how it goes with baseball. But I’m extremely proud of them, extremely proud of getting here in the first place. We’re going to look forward to next season as well.“

Kennard took the initial lead in the bottom of the first inning. Tigers’ No. 2-hole batter Keyton Lumbreraz drilled a ball over the head of Hubbard first baseman River Milne and just inside the first-base line. While the ball scooted down the line and eventually rattled around in the corner in right field, Lumbreraz darted around the bases. Jaguars rightfielder MJ Ryman’s throw was wide of the cutoff man, giving Lumbreraz time to hustle home for a 1-0 lead.

Jaguars pitcher Shelby Noppeney settled down after that. He struck out three in a row for the final out of the first and the first two outs of the second. Noppeney sat down 11 consecutive Tiger batters and got through the fifth inning without giving up another run.

Hubbard tied the game in the top of the fourth with a two-out rally. Noppeney walked and got to second on a pickoff attempt that Kennard first baseman Ryan Pilkington couldn’t handle.

Sebastian Olvera followed with a single deep in the hole between second and third. Tigers shortstop Jaden Kulms fielded it and threw to first, but Olvera was safe by a step. Noppeney never slowed down around third and scored when Olvera made it to first.

But the Jaguars missed a chance to take the lead in the top of the sixth.

Justin Johnson led off with a single to left. Cornelius tried to bunt him over, but Kennard pitcher Cole fielded and threw to second. Johnson collided with Kulms and was called for runner interference and the Tigers were awarded a double play. Noppeney followed with a single to left and stole second, but Cole struck out Olvera to end the inning.

Hubbard baseball coach Jordan Grimm gets an explanation from home plate umpire Jeff Hillard during the sixth inning of Kennard's victory over the Jaguars on Wednesday.

Hubbard players receive their state medals after losing to Kennard 3-1 in the 1A semifinals on Wednesday at Dell Diamond.

Hubbard’s Shelby Noppeney, left, scores on an infield hit by Sebastian Olvera in the fourth inning.