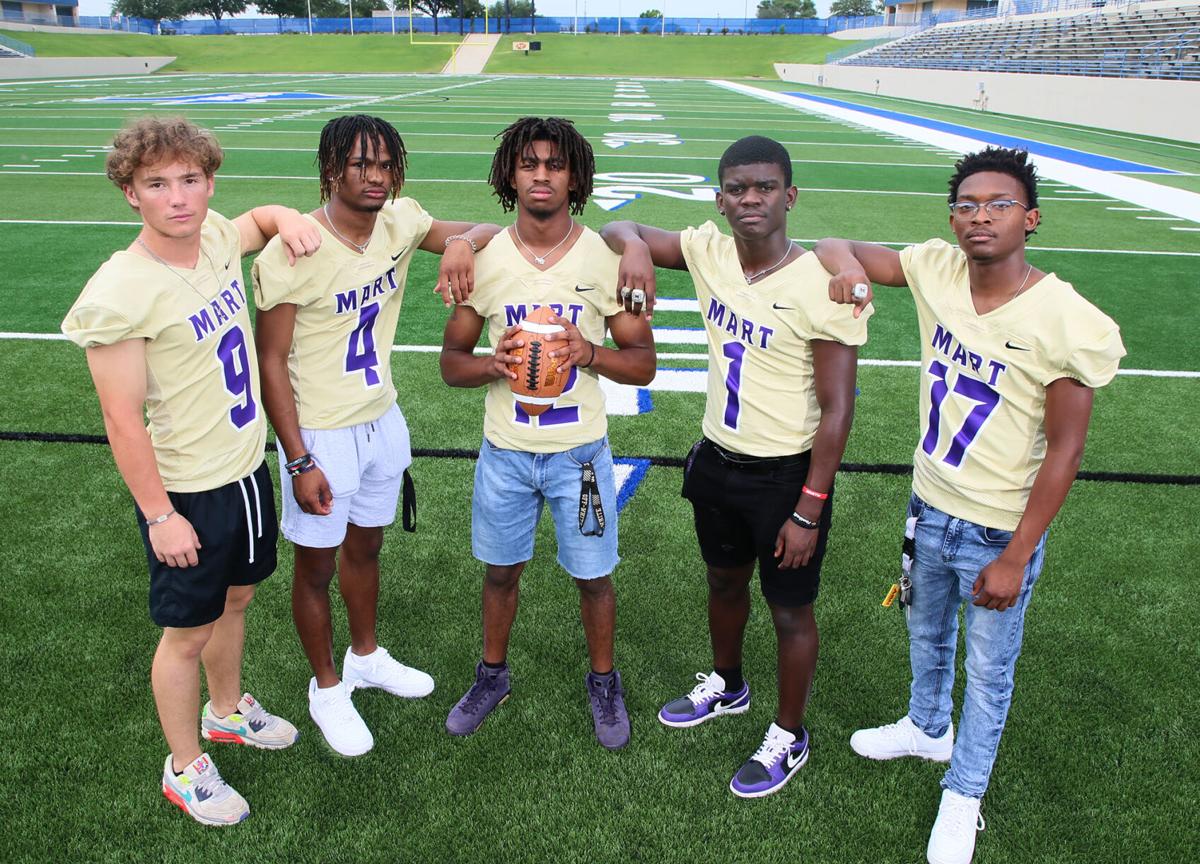 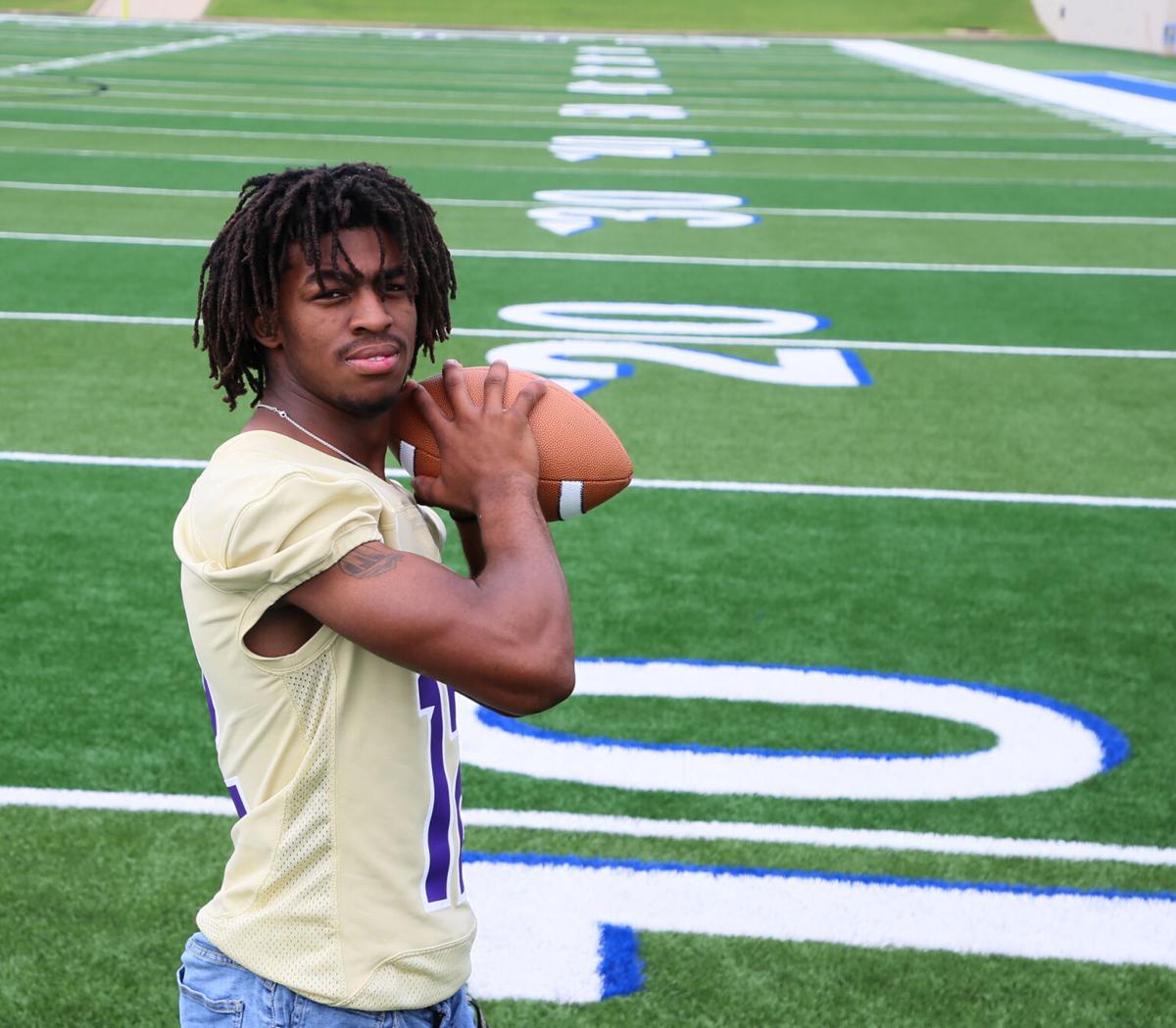 Kei’Shawn Clater is locked in a battle with Trey Powell for Mart’s starting quarterback job. 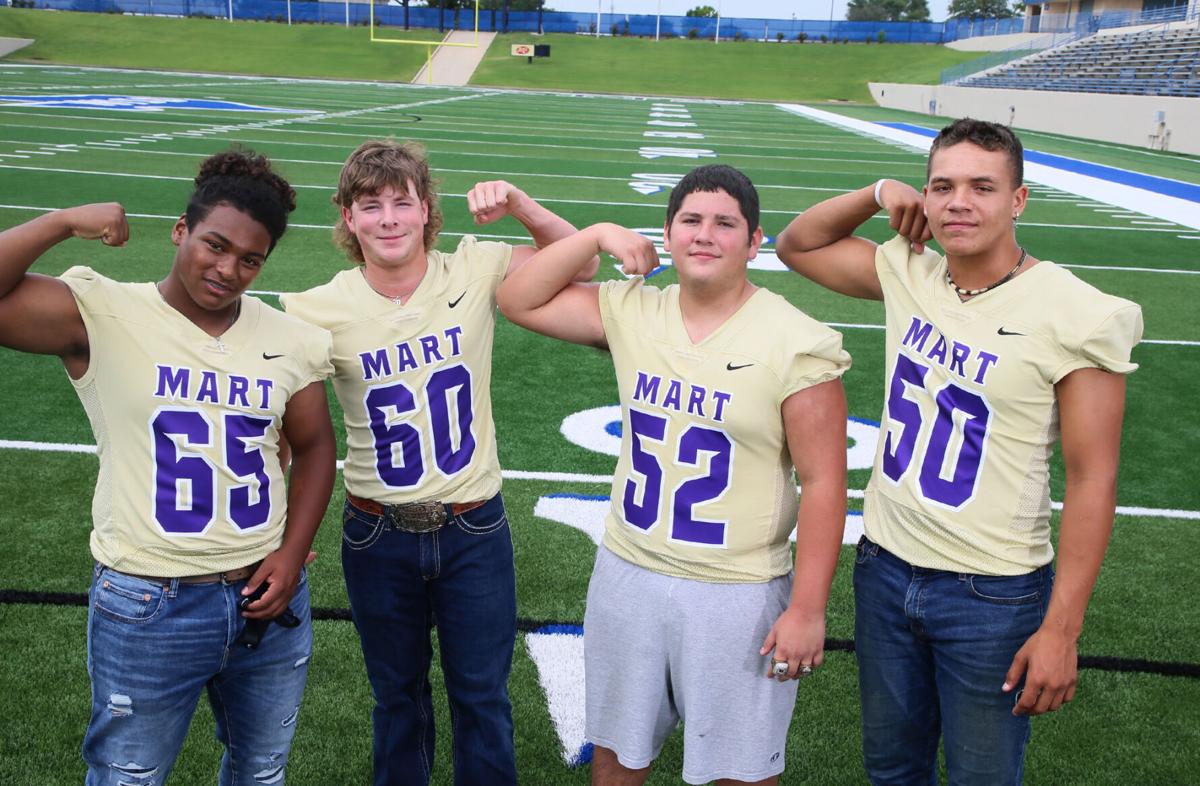 For the Mart Panthers, simply reaching the state championship game is never enough.

After winning three straight state championships, the Panthers’ bid to extend that streak ended with a stunning 22-21 loss to Windthorst in the Class 2A Division II title game last December.

So there’s no question the Panthers will come into this season with a chip on their shoulders. A pretty big one.

“Oh we have a big boulder on our shoulders right now with the loss that we took last year,” said Mart running back-linebacker Klyderion Campbell. “We’re trying to overcome that boulder right now, and then once we get over that it’s smooth sailing.”

Campbell is one of 13 Mart seniors who have been instrumental to the Panthers’ success over the past few seasons. They want to leave the program the way they came in: With a state championship in their pockets.

“We really want to get revenge,” said Mart senior center Trey Arjon. “Get what we really should have.”

For a program that always has the big picture in mind, Mart is conscious of the many steps it takes to get there. Mart coach Kevin Hoffman makes sure the Panthers don’t look past anybody, even if a 50-point win is a likely outcome.

“The expectations are the same as they always are: Play the last game in late December,” Hoffman said. “We’re going to do the best we can, we’re not going to look too far ahead. We know what the expectations are around this town and we’re going to try to get better today. Every day we practice we want to try to get better than the day before, and then hopefully it will all work out and we’ll end up there.”

The Panthers have a lot of reasons to be confident with the top-end speed they possess throughout the lineup. But the biggest strength of the 2021 Panthers is apparent: A defense that returns 10 starters.

Though dynamic quarterback-defensive lineman Roddrell Freeman is gone, the Panthers will be powerful up front again with seniors Ayden Lane, Fernando Alfaro and Alan Harringer returning.

The linebacking crew featuring Campbell, Da’Marion Medlock and Trey Powell should be one of the best in the state.

“The key to any defense is the front seven that can stop the run,” Hoffman said. “If you can stop the run, especially in high school, and force people to throw the ball, coupled with not giving up over 20 points week in and week out, you’re going to have a great chance to win.”

Mart’s secondary is led by Kei’Shawn Clater and Neven Hickman, another pair of seniors who bring considerable experience to the field.

“Our defense is unstoppable,” Campbell said. “We’ve got one of the best defenses in the state of Texas in my eyes.”

The biggest question offensively is who will replace Freeman, one of the best athletes to ever play for the Panthers. Locked in a tight preseason battle, Clater and Powell both bring considerable talents to the field.

“Everybody knows Keishawn is dynamic, electric, he can run and he can throw the ball,” Hoffman said. “Trey Powell can make all the throws that we’re asking him to throw. We want to spread the ball around to all our people, give them all an opportunity to make plays, which they can do.”

Both Clater and Powell can help the Panthers at several other offensive skill positions. They’ll complement Campbell, who brings breakaway speed at running back and receiver.

“Klyderion is kind of a hybrid receiver and running back, and he did that as a sophomore,” Hoffman said. “Last year we had to play him predominantly at running back because of the injury we had. Now he’s back to the position he played two years ago, the slot receiver, and in our two-back stuff he’ll come in the backfield and play running back.”

The Panthers will build their offensive line around Arjon, a three-year starting center. Arjon always looks forward to blocking for Mart’s game-breaking backs.

“We have to get a lot of push, make sure we bully everybody, make sure we make a hole for our running backs,” Arjon said. “Knowing what they can do and what we can do, that’s pretty fun.”

Hoffman is looking forward to coaching such a veteran team that knows the sacrifices it takes to win at a high level.

“This is the biggest group of seniors we’ve had since I’ve been here,” Hoffman said. “All 13 seniors are kind of taking their part of it and trying to lead in different ways. It’s going to take all of them.”

Kei’Shawn Clater is locked in a battle with Trey Powell for Mart’s starting quarterback job.