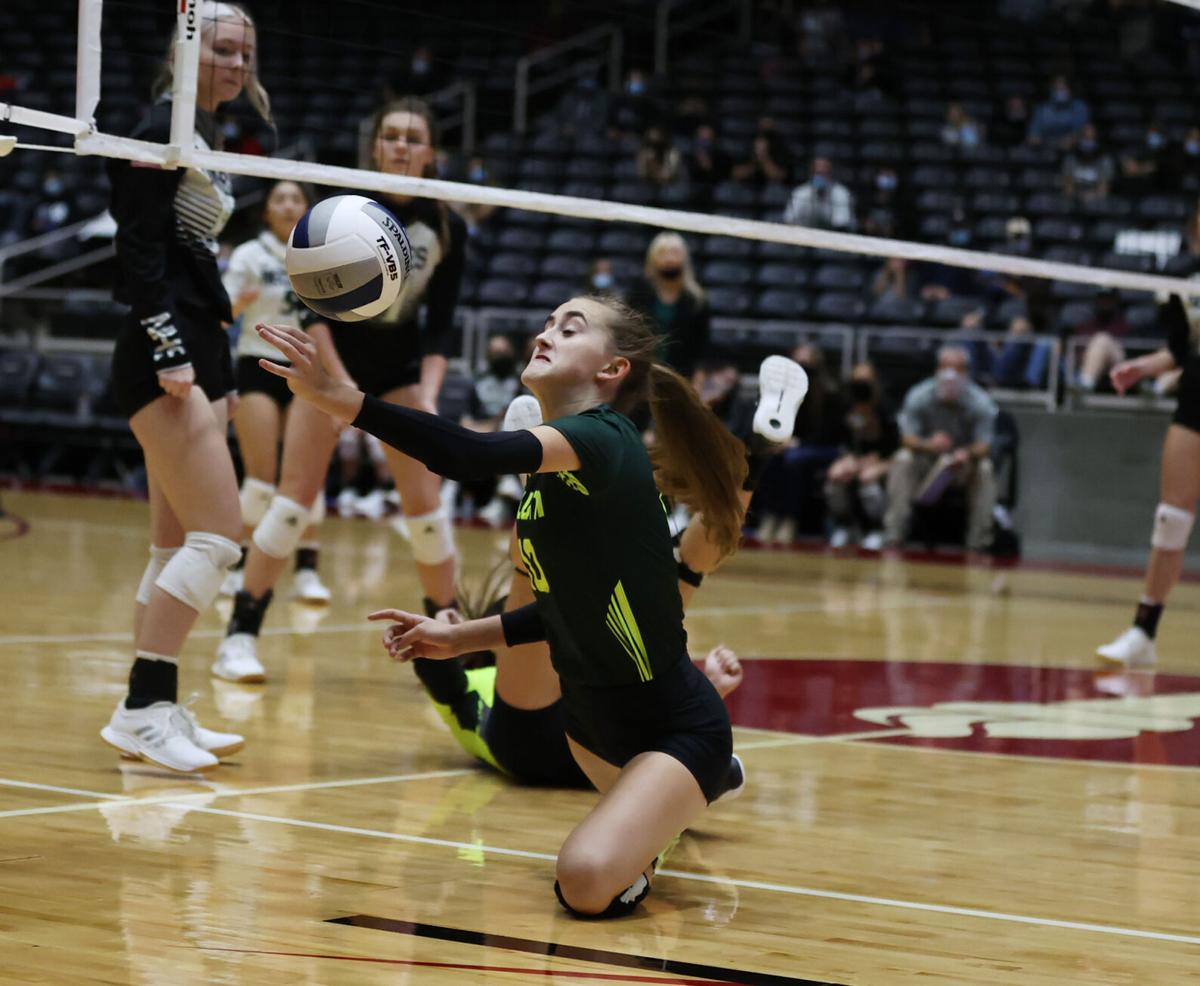 Blum's Emma Jones keeps the ball in play against Neches in the third set. 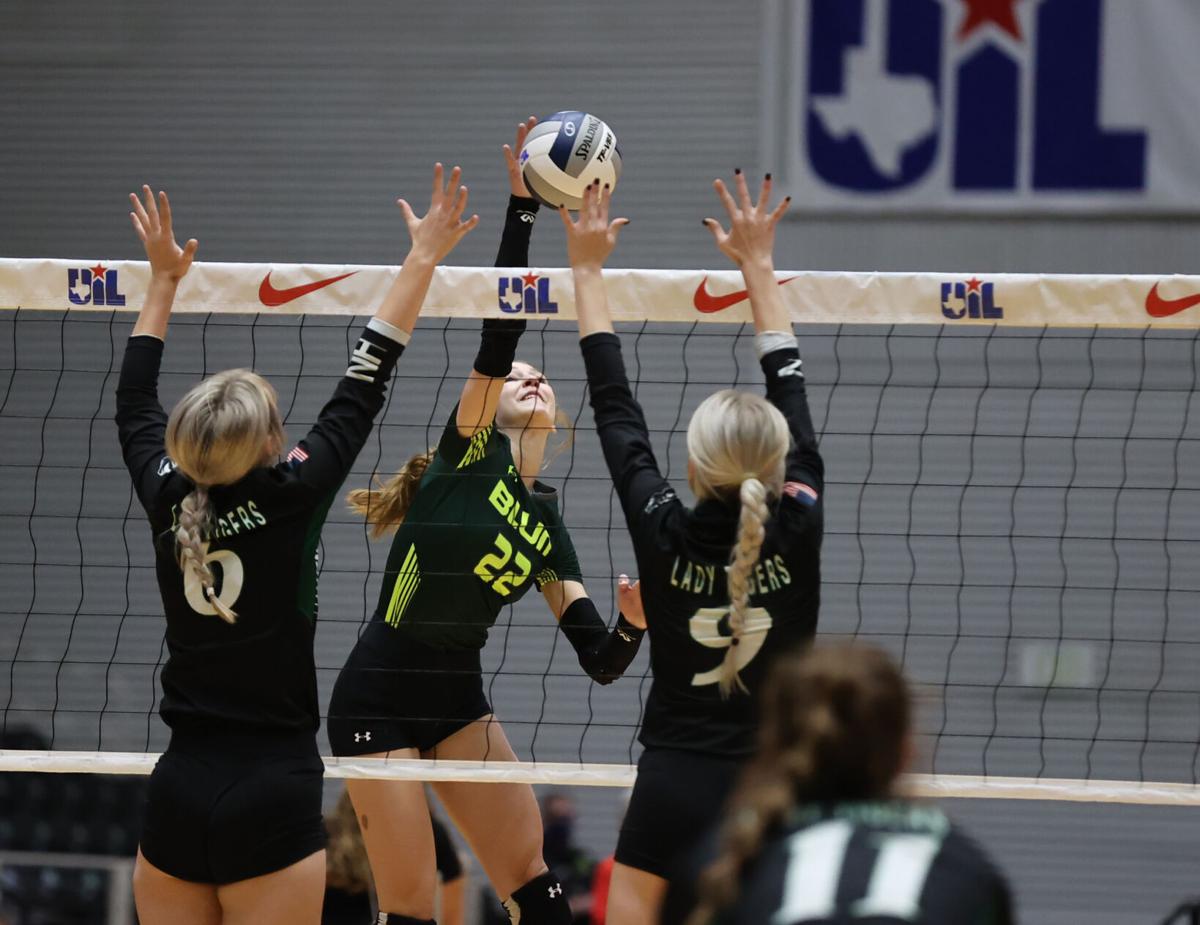 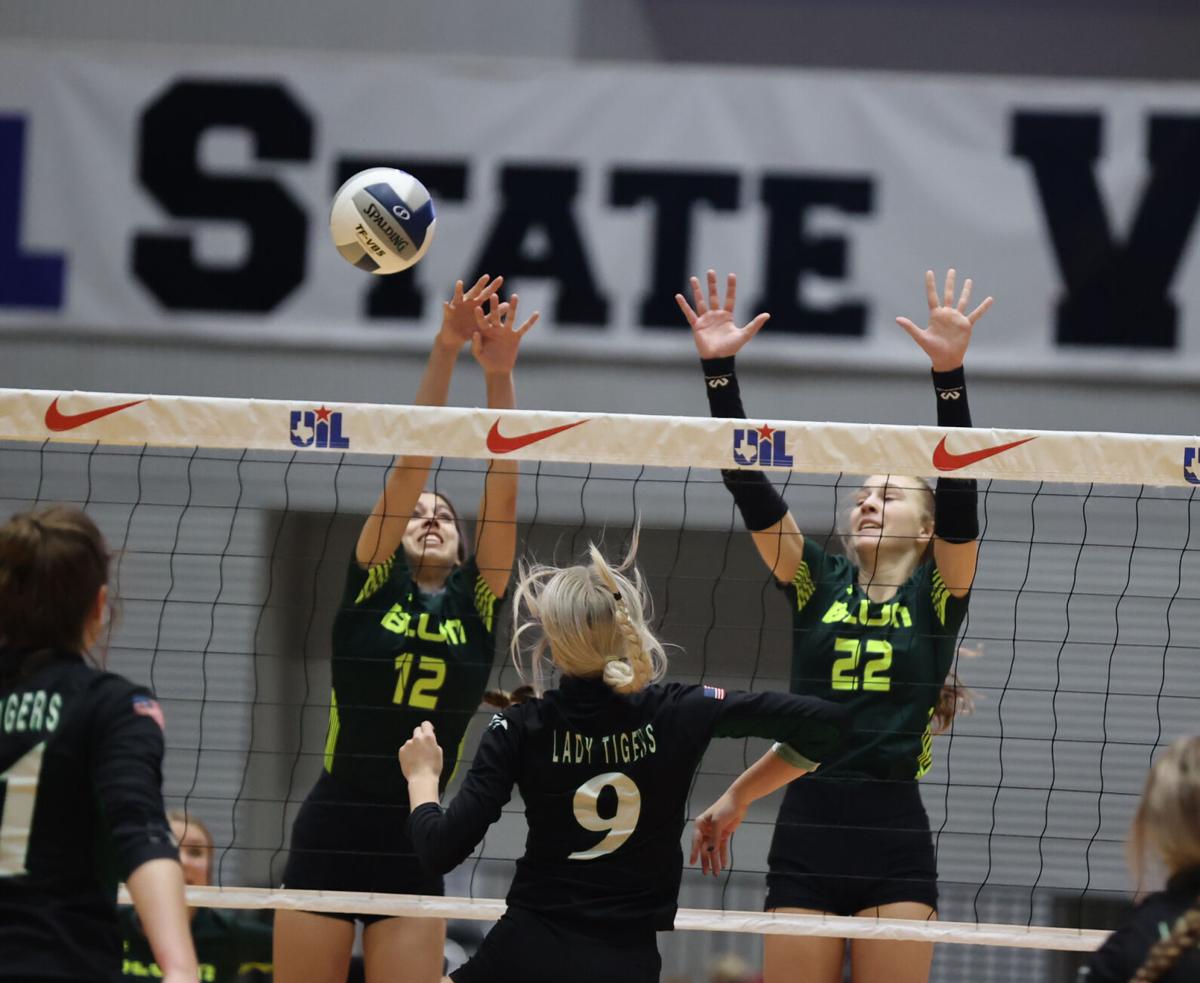 Blum's Gracie Allen (left) and Addison Willingham look to make a play at the net against Neches' Lexi Rogers.

The Neches Lady Tigers claimed a straight-set 25-20, 25-19, 25-12 victory over Blum for the Class 1A state championship on Saturday at the Culwell Center.

That marks the second straight season that Neches stood between the Lady Cats and a state title. The Lady Tigers eliminated Blum from the state tournament in the semifinals in 2019.

Blum (30-6) made it to the state final match for the second time in program history, but like in 2017 fell one match short.

The Lady Cats pushed ahead to an 18-14 lead in the second game, but that’s when Neches came on strong.

State championship match MVP Lexi Rogers had a dink, a kill and a block in quick succession as the Lady Tigers began to rally.

Rogers finished with 15 kills, 10 digs and a pair of assists.

Neches’ Nayeli Quistian served for eight consecutive points as the Lady Tigers went from a three-point deficit to a commanding 23-18 advantage.

That swung all the momentum to the Lady Tigers side. After they closed out a 25-19 win in the second game, they dominated the deciding set.

Neches’ Kacie Kimbrough had three kills and Rogers added another one during a crucial 10-2 run as the Lady Tigers established a 17-9 lead.

See who turned in the biggest high school football performances on Friday night and vote for the Player of the Week.

Two years ago, the Lampasas Badgers played in the state semifinals. This season, it may be the China Spring Cougars’ turn to go that deep (or even deeper).

There’s no doubt that the No. 1 Argyle Eagles and No. 7 La Vega Pirates are contenders for the heavyweight crown in Class 4A Division I. On Friday night, the bout lived up to the billing.

Bosqueville airs it out to soar past rival Riesel, 40-12

Bosqueville scored three third-quarter touchdowns through the air and defeated the Riesel Indians, 40-12, on Friday night as the Bulldogs' second-half passing game excelled.

A brilliant, momentum-turning third quarter saw the Midway Panthers storm back with a furious rally from a 17-0 halftime deficit to take a 21-17 lead over Waxahachie with 10 minutes left. But...

Chad Conine's Sunday Rewind: Every town has its ups and downs

Ol’ Charlie could have easily been writing about the first four weeks of high school football in Central Texas.

The efficient Abbott Panthers remained undefeated with a mercy-rule dispersal of Bellville Faith on Thursday night.

Just as the grass is always greener on the other side of the fence, we as football fans tend to look at successful football teams in September…

Blum's Emma Jones keeps the ball in play against Neches in the third set.

Blum's Gracie Allen (left) and Addison Willingham look to make a play at the net against Neches' Lexi Rogers.