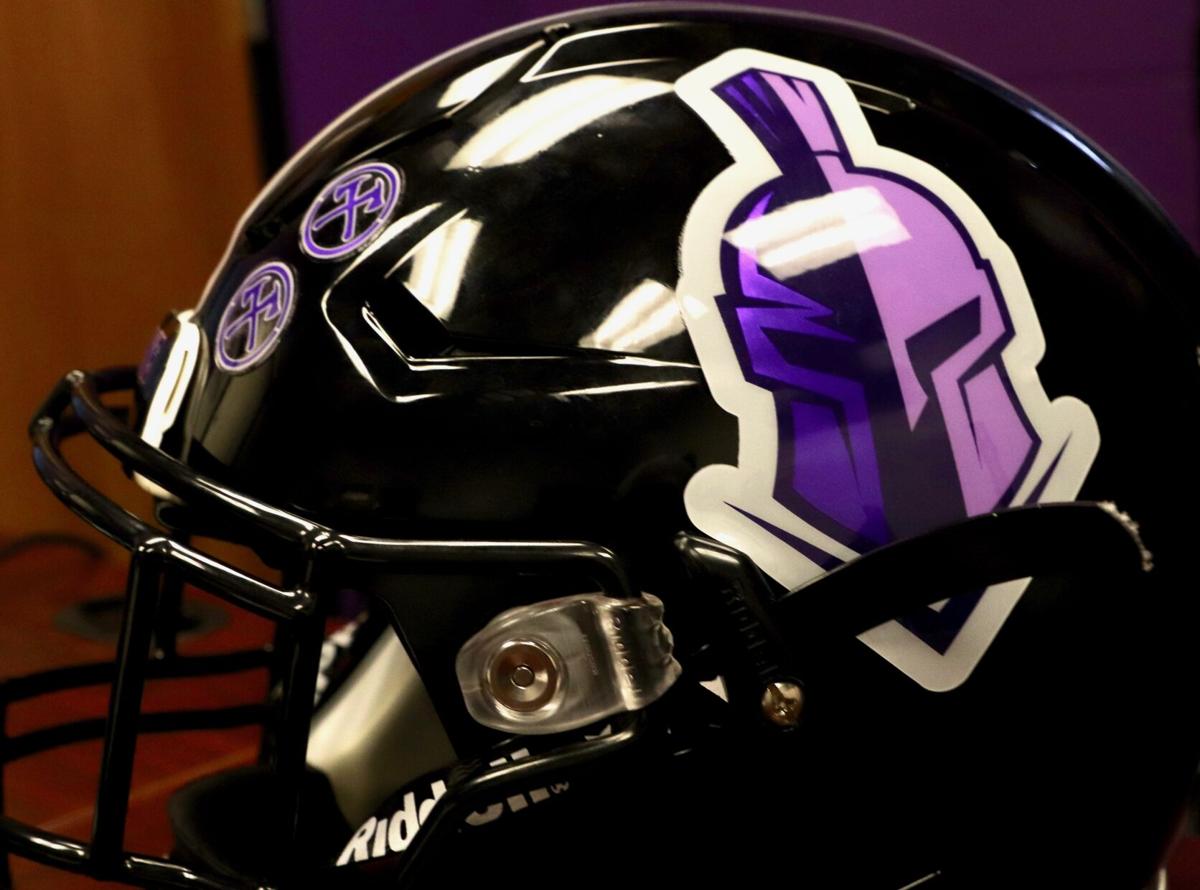 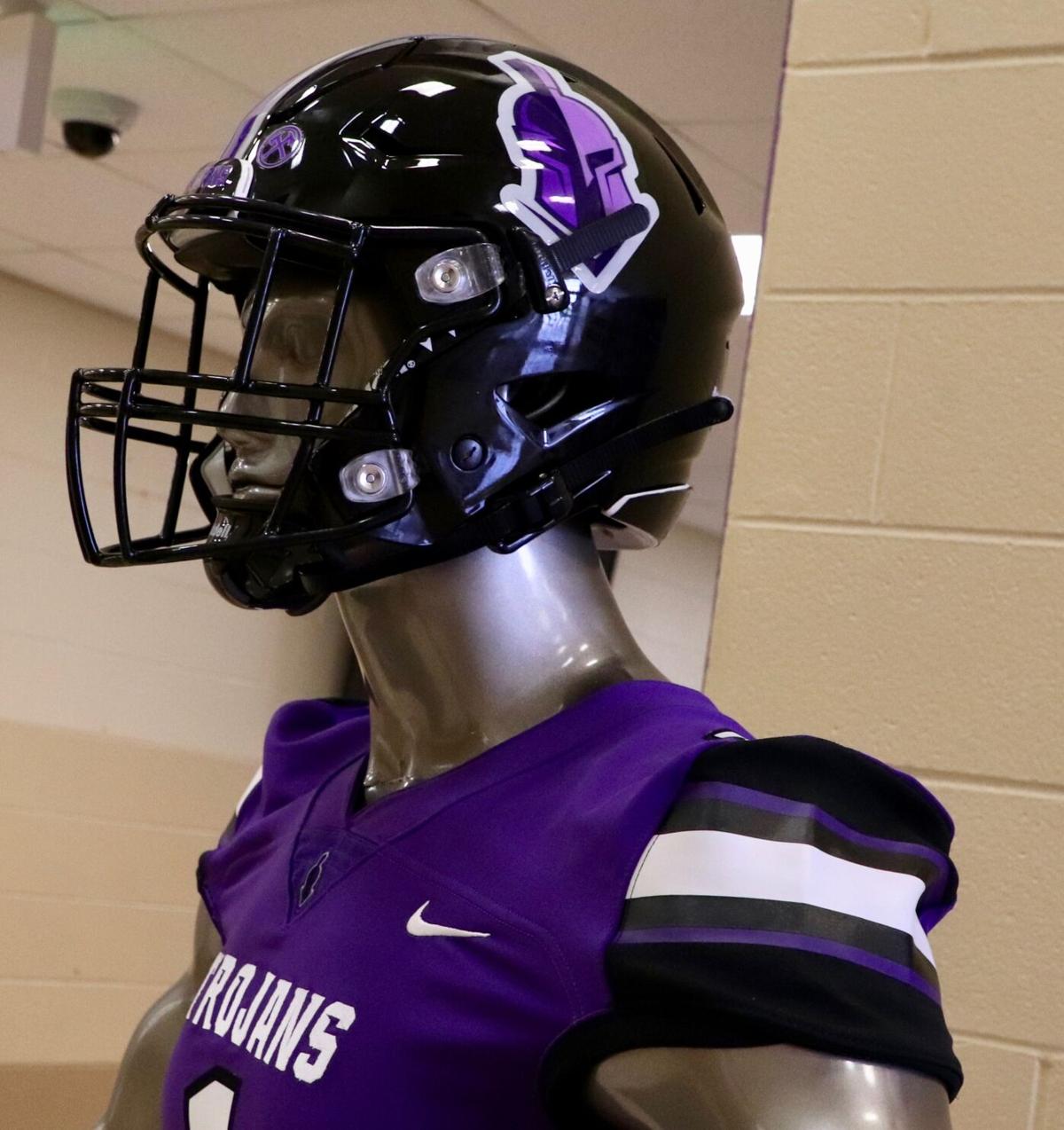 University’s new-look uniform will include a purple jersey, purple pants and a new Trojans logo on a black helmet. 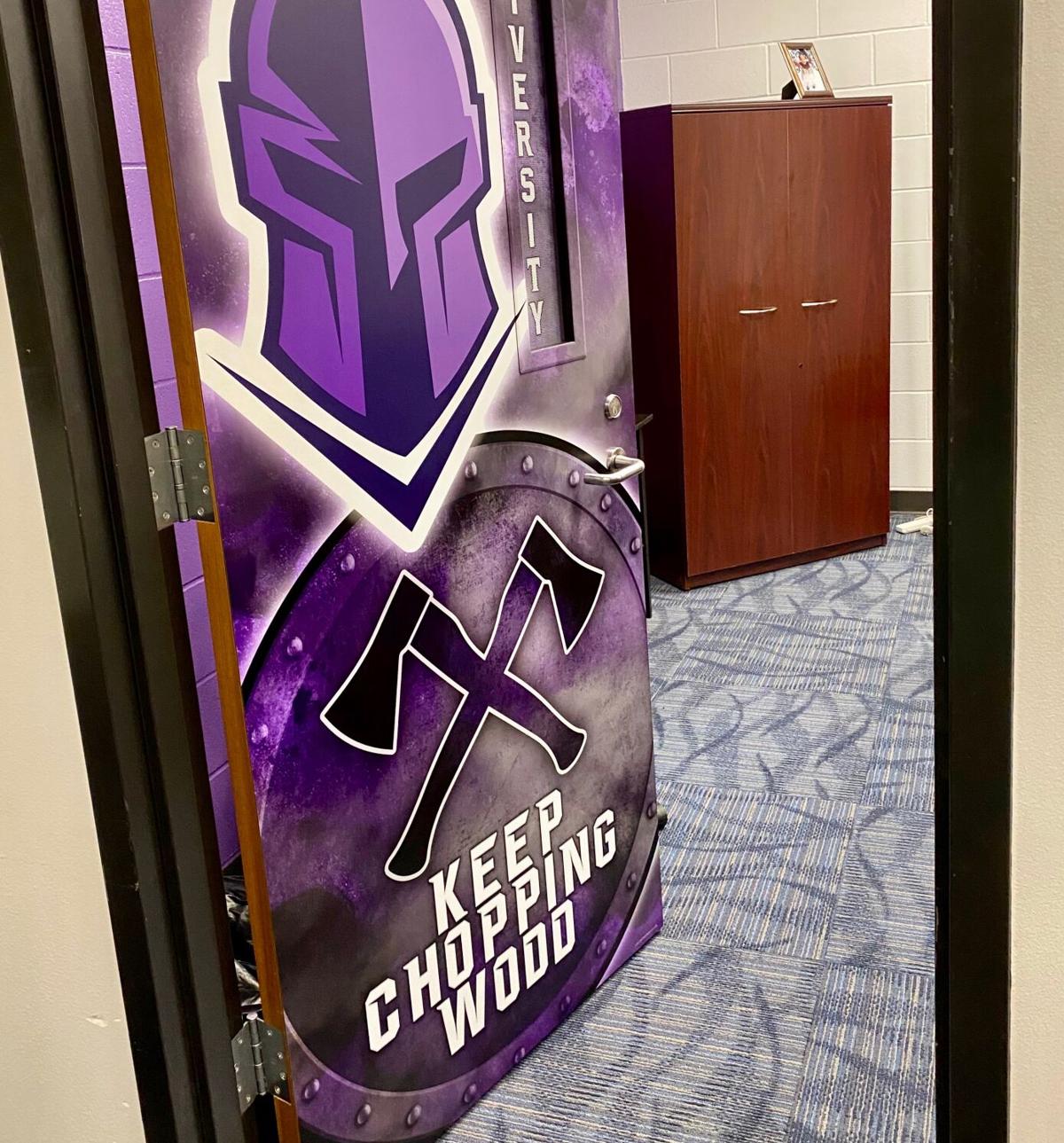 New University High School football coach Kent Laster talked excitedly with assistant coaches and players about the upcoming start of practice late on Thursday morning in his office at the school.

Laster has been the Trojans’ coach and campus athletic coordinator since Feb. 1. It’s fairly apparent during a day of summer strength and conditioning that he’s infused his own energetic personality into the overall atmosphere at University.

But as of Wednesday evening, Laster has clearly made a marked difference for the Trojans. The school unveiled its new-look uniforms on social media. University’s traditional purple, white and black has taken a new shape.

“It’s a great look,” Laster said about the new uniform and helmet. “I feel like it’s modern and up-to-date. The kids are really excited. We have a sharp helmet.”

Back in the spring, Laster said University principal Ricky Edison brought up the idea of refreshing the Trojans’ branding and the new coach was more than ready to respond.

While at Little Rock (Ark.) Central, where Laster was head coach from 2018-20, he updated the Tigers’ helmet from an old-school arrangement of the schools’ initials to a new-school Tiger that featured nine stripes to represent the Little Rock Nine, who integrated that school in 1957.

To give University a new look, he reached out to graphic designer Amy McCauley and they came up with a 21st-century University Trojan. The new helmet decal features purple, lavender and even pink shading to create the contours of a character that’s part Trojan warrior and part masked knight.

The knight-trojan looks out from a black helmet with a glossy purple stripe down the middle. The University players will also get to decorate their own helmets with achievement stickers that feature crossed purple battle axes inside a purple circle.

“They represent ‘keep chopping wood,’” Laster said. “When I went to North Carolina when I was 9 years old and lived with my grandparents, my grandfather would stack a pile of wood. I had to get the wood and stack it in the back of the house. Sometimes it wasn’t cut and I had to split it. So ‘keep chopping wood’ kind of became my mantra.”

Laster and the Trojans are a little less than three weeks from the start of fall camp. Their task will be to try to bounce back from a COVID-19-marred 2-4 season in 2020 and perhaps make the program’s first playoff appearance since 2009.

To go along with the new-look uniform, don’t be surprised if University enters the field to the driving beat of Survivor’s “Eye of the Tiger,” as Laster is a big Rocky fan.

“I’ve always admired Sylvester Stallone. He always says ‘keep chopping,’” Laster said. “We’ve got to be the underdog. I feel like that’s what we have to represent and have a chip on our shoulder.”

See who turned in the biggest high school football performances on Friday night and vote for the Player of the Week.

Our weekly Top 10: Check out the Trib's big Friday night preview, breaking down all the big games.

High school football predictions: See what the Trib sports guys think about every game this week.

It was Hall of Fame night at Waco ISD Stadium, with former University coach LeRoy Coleman's induction and Pro Football Hall of Famer LaDainian Tomlinson on hand to honor his old coach.

Of all the changes LeRoy Coleman has seen in the world of high school sports in his 51 years of coaching, he most marvels at the advancement o…

Lambert leads No. 5 Stephenville to 44-12 win over Connally

All that hype about Stephenville quarterback Ryder Lambert isn't just empty words: He’s a major talent. Lambert threw for 206 yards and four touchdowns and flashed his speed by running for 148 yards and a score to lead the No. 5 Yellow Jackets to a 44-12 win over Connally on Friday night.

University’s new-look uniform will include a purple jersey, purple pants and a new Trojans logo on a black helmet.