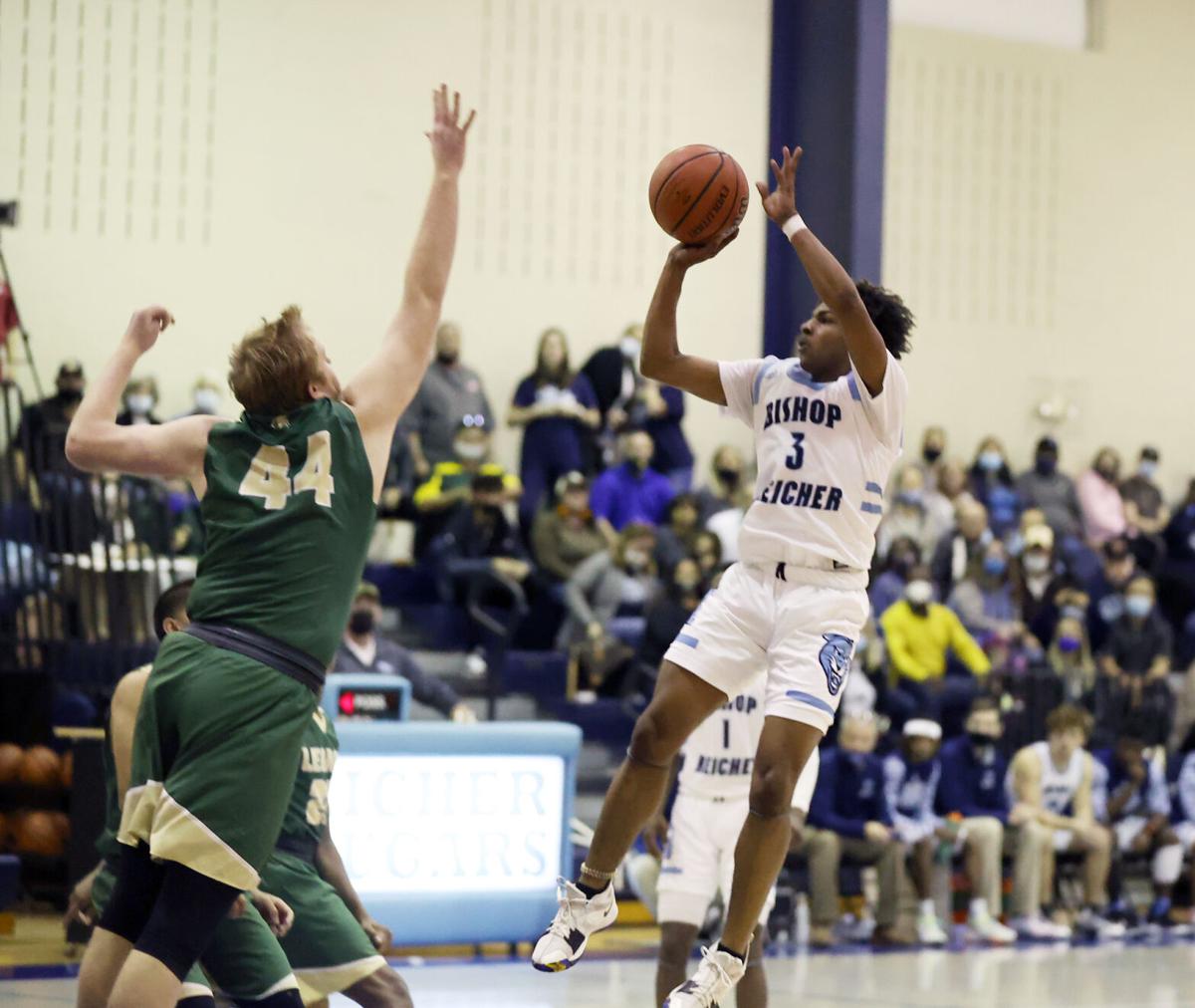 Bishop Reicher’s Sir John Strain sets up a shot over Legacy Christian Academy’s Alex Potter, left, in the first half. 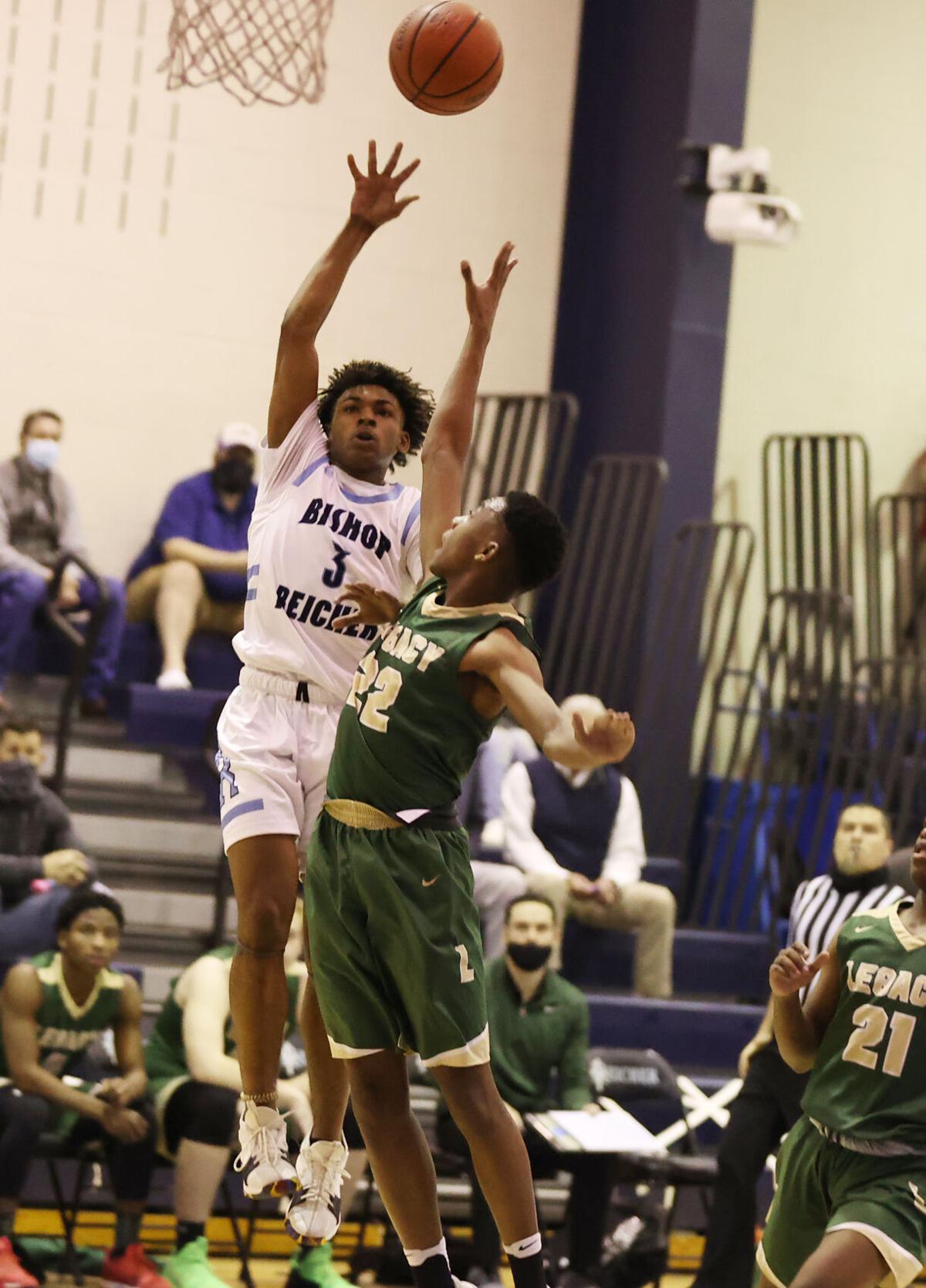 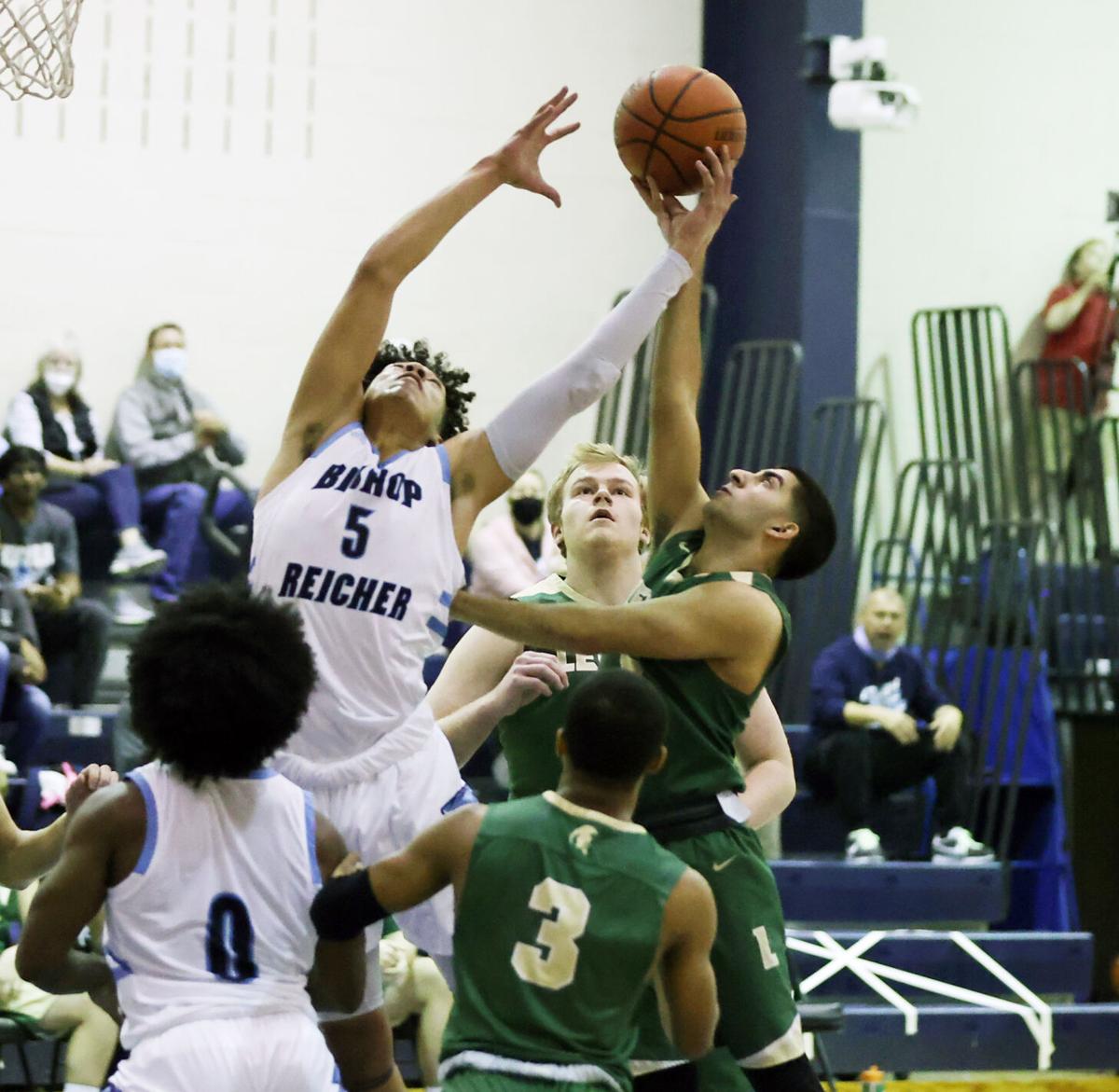 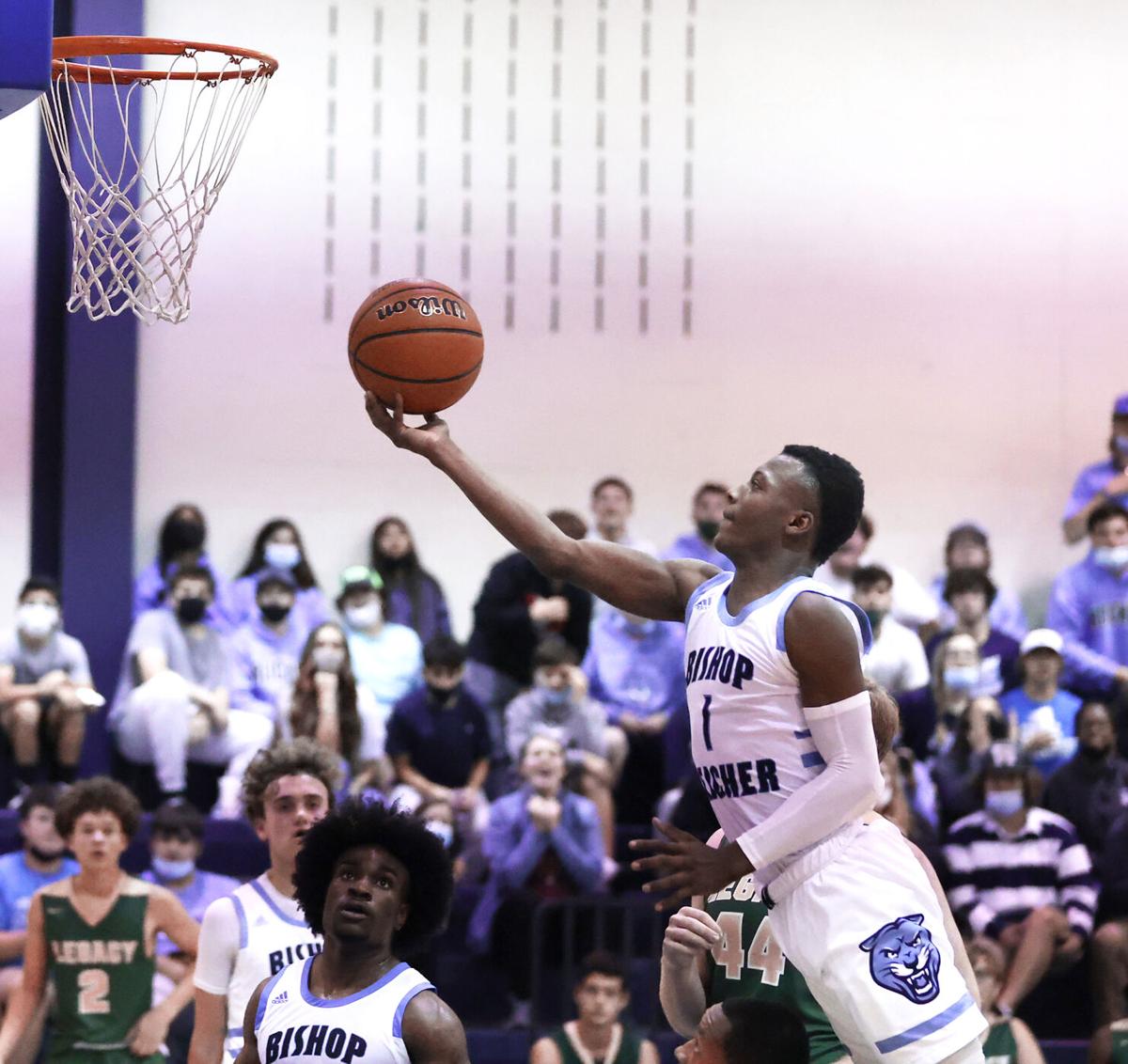 Bishop Reicher's Corey Long goes up for a layup over the Legacy Christian Academy defense in the first half.

The Reicher Cougars were able to hang to a small lead and punch their tickets to the regional round of the TAPPS Division 3A tournament with a 49-43, victory over Beaumont Legacy Christian Tuesday night.

Corey Long and SirJohn Strain both had big nights for the Cougars, putting up 13 points apiece. Reicher extended plays by crashing the offensive boards and allowing the Cougars to have multiple looks with each possession.

The game started in a very defensive manner. Both teams were held under single digits for both the first and second quarters. What started as a competitive game quickly showed shades of late 80’s Detroit Pistons team.

Both teams were extremely physical in grabbing rebounds or diving for loose balls. Neither team wanted to leave any effort on the court.

Both teams were very physical all night. Despite a size advantage the Warriors had in the paint, the Cougars stayed physical and were able to not let the difference ever become a problem. Even with the great defense by Reicher, Legacy Christian’s was a little more stout as the Warriors took a one point lead into halftime.

The Cougars came out with a bit more flash to start the third quarter, opening with a score on their first three possessions. The new pace caused Legacy Christian to stumble for a minute. The Warriors were able regroup and put together successful possessions to tie the game up half way through the third quarter.

Everything stayed neck and neck before Aron Akhtar hit a go ahead 3-pointer to give the Warriors a one point lead heading into the fourth quarter. Long opened up the fourth quarter with a scoop and score to get the Cougars back in the game.

The game remained back and forth for the entire quarter, remaining tied with under two minutes to play. Reicher’s Long hit a big 3-pointer with just over a minute left to give the Cougars the lead back. Strain would also show up big from the charity stripe for the Cougars, hitting two massive free-throws with 13 seconds left. Missed free-throws down the stretch by Legacy Christian and a Strain layup as time expired capped off the Cougars six point victory and earned them a spot in the Regional round of the playoffs.

WEST — Lorena senior Autumn Bell got another chance in the top of the seventh inning and made the most of it.

Midway ISD put on a full-court press when faced with replacing both its boys’ and girls’ basketball coaches.

Bishop Reicher’s Sir John Strain sets up a shot over Legacy Christian Academy’s Alex Potter, left, in the first half.

Bishop Reicher's Corey Long goes up for a layup over the Legacy Christian Academy defense in the first half.