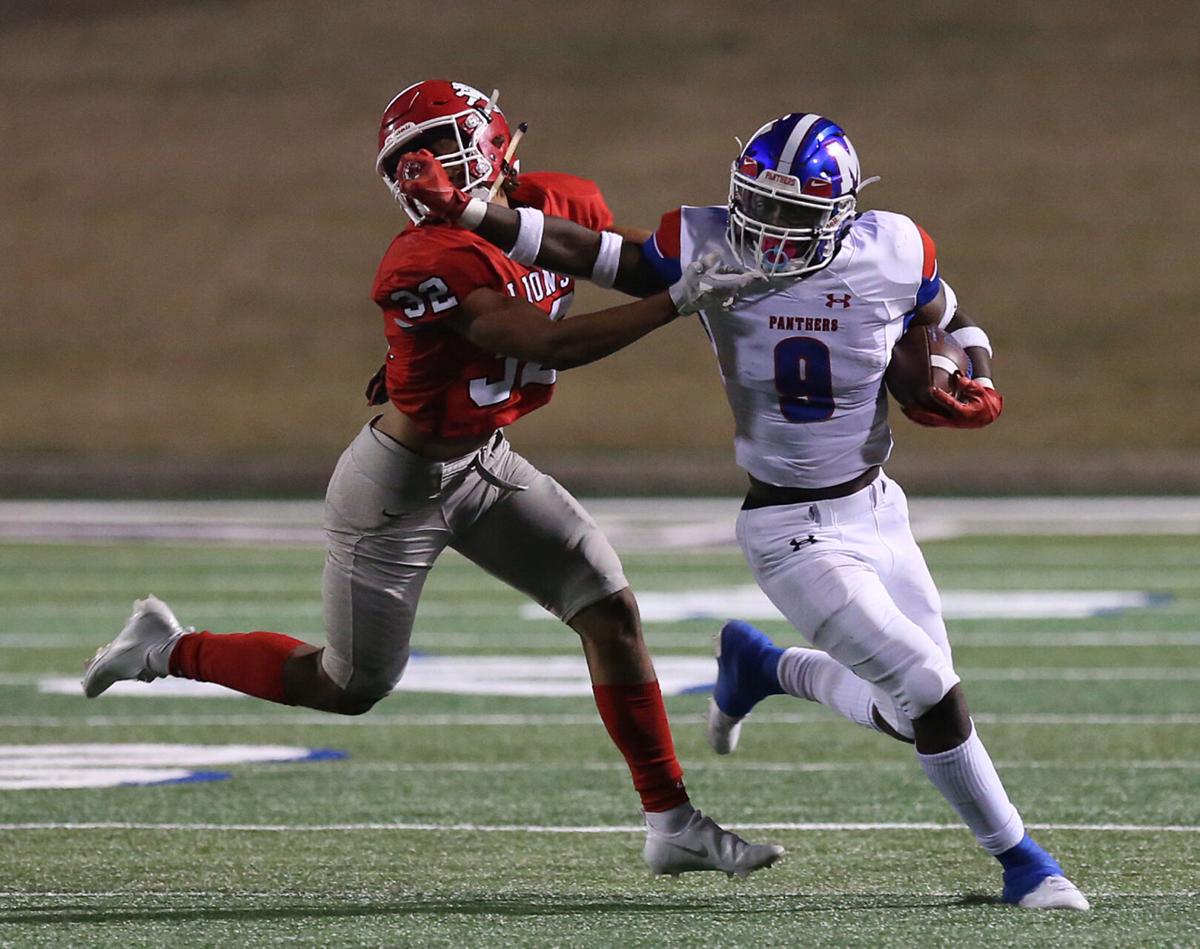 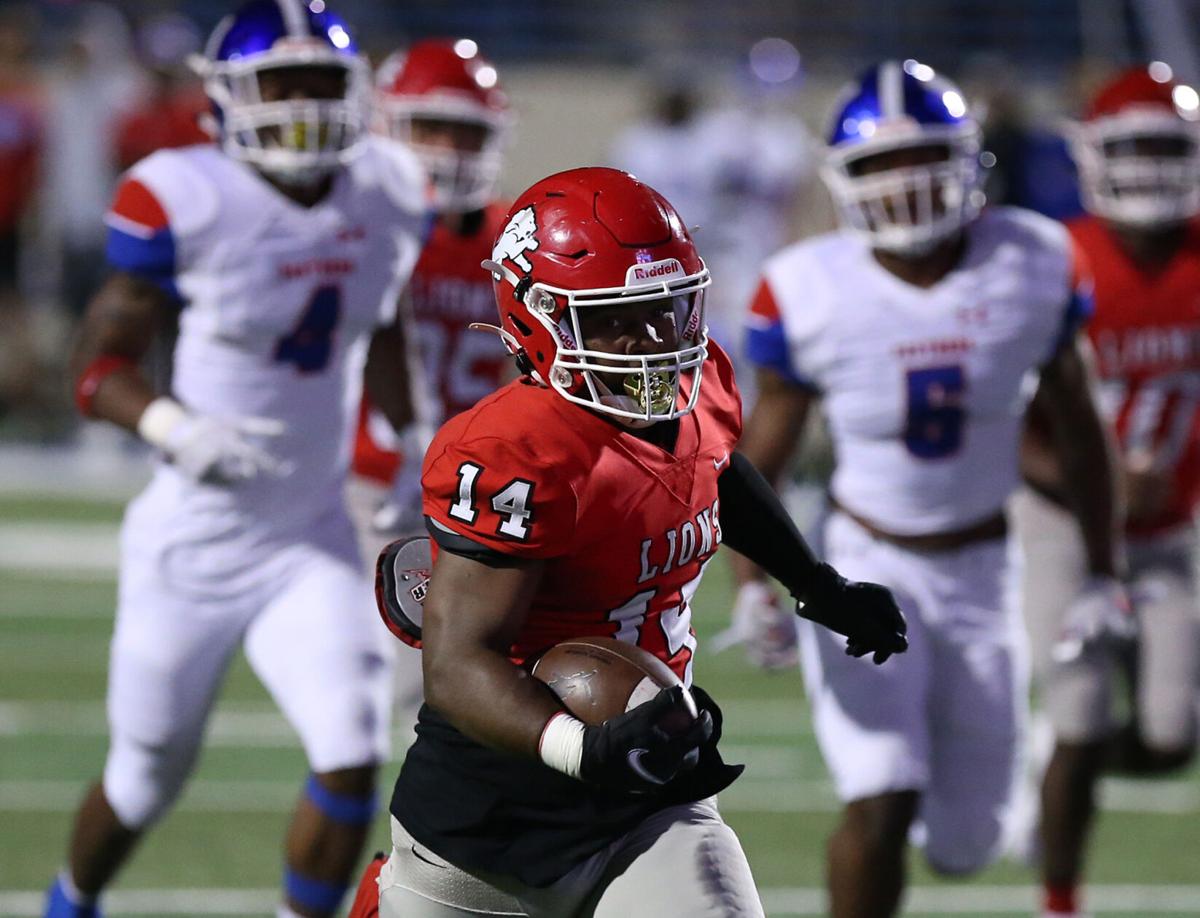 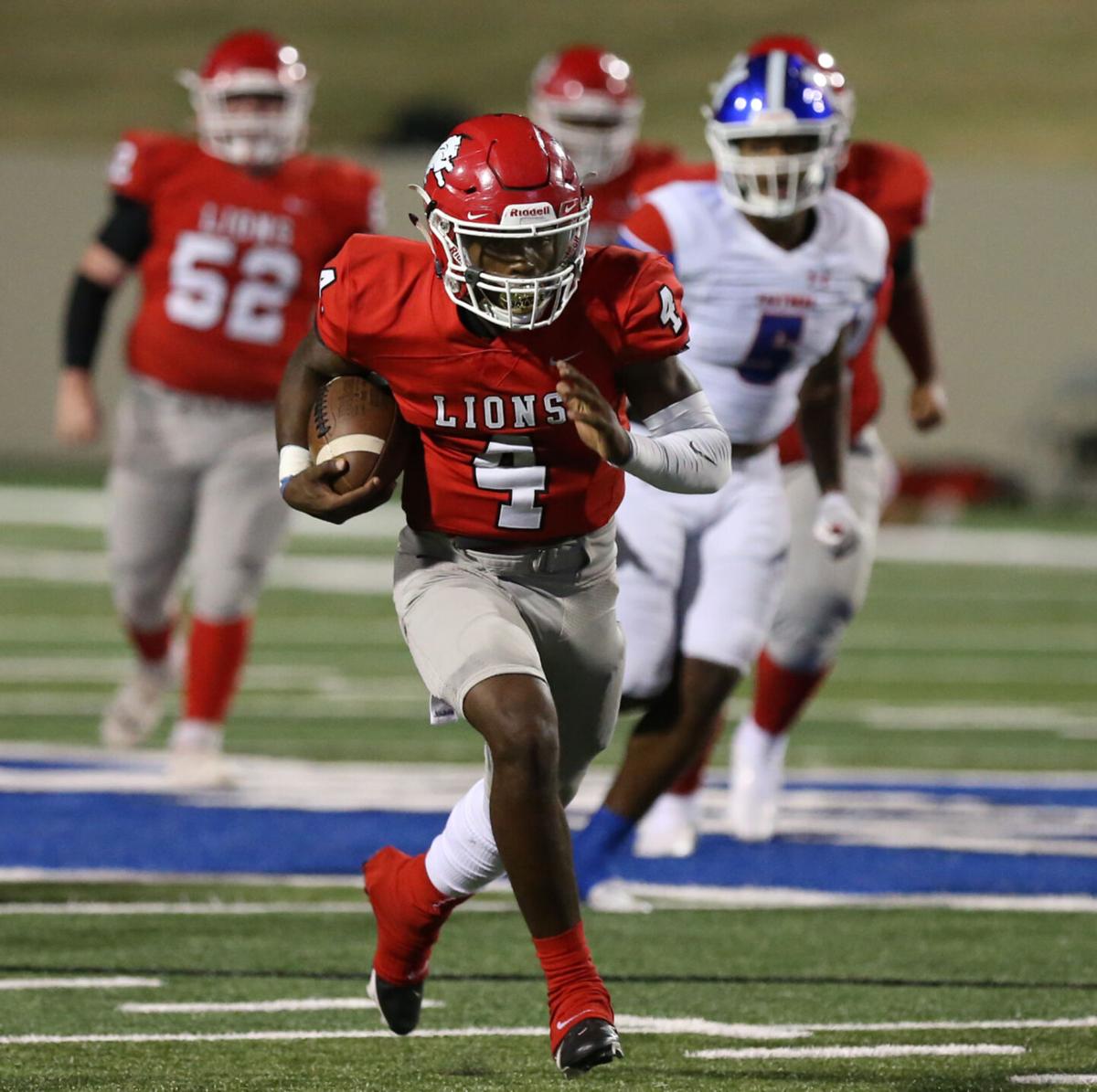 The Midway Panthers went from dreadful in the first half to dominating in the third quarter of their District 11-6A game with crosstown rival Waco High Friday night. As a result, Midway pulled out a hard-earned 27-18 victory over the Lions at Waco ISD Stadium.

As expected in a battle of winless Waco-area teams, desperate for their first triumph of the season, it was an entertaining contest. Waco High (0-7, 0-4) totally dominated the first half and led 18-0 at halftime.

But Midway (1-6, 1-3) more than returned the favor after halftime, scoring 27 unanswered points in the second half, totally shutting out Waco’s chance for a huge upset.

“We had to regroup at halftime and I got after the kids pretty good. I told them it a pride deal and hat’s off to them for the way the responded,” said a happy Midway head coach Shane Anderson. “(Quarterback) Sam Battle really came through in a backup role after standing on the sidelines for most of the season. He gave us as spark and that’s what we needed.”

The game could have switched on the first play of the second half. Leading by 18 points, Waco High head coach Linden Heldt elected for an onside kick to open the second half. The ball traveled nine yards, not 10, and Midway was awarded the ball.

Backup quarterback Battle covered a 4th-and-8 and a 4th-and-9 in the opening drive and then capped the drive on a 10-yard pass to Junior Thornton to cut the deficit to 18-7 with 8:20 left in the third quarter.

The Panthers stopped the Lions on four plays and got the ball at midfield once again. It was the combination of Battle to Thornton again on the second play of the drive. Battle connected on a 58-yard touchdown pass to Thornton, who broke behind two Waco High defenders for the sudden-strike score.

The try for two points was no good, but after another defensive stop it was another short field for another Midway third-quarter score. Dom Hill capped a short drive by scoring from two yards out for a 21-18 lead after a two-point pass from Battle to Thornton.

In the deciding third quarter, Midway scored 21 unanswered points and Waco failed to make a first down.

“It was a great 24 minutes, but we still had 24 minutes to go,” Heldt said of the first half surge his team was unable to sustain. Heldt rubbed his face with both hands as he spoke, scarcely able to believe what he had just witnessed.

Hill put the game out of reach, capping a long fourth-quarter drive, almost all on the ground to eat up clock, and scored from 23 yards out late in the fourth quarter.

Midway warmed up before the game in black jerseys with no numbers and its first half offense resembled that with a bleak and lifeless offense.

The Panthers failed to cross midfield in the first half until 11 seconds were left before halftime. But on pass play which led them to the Waco 30, Midway was called for holding, which brought the ball back into their own end of the field and ended a highly forgettable first half of football.

But Waco High certainly enjoyed the first half of action with their crosstown rival as the Lions outfought and outhustled Midway in the first 24 minutes.

Waco High quarterback LaMarcus McDonald led the impressive first half show. On the second drive of the game, he was wide open on a throwback pass which caught Midway totally off guard. He caught the 30-yard pass from Omarrion Delao to the Midway 23-yard-line. On the very next play, Delao ran untouched up the middle for the first touchdown of the game.

The extra point kick was blocked at the line of scrimmage, but Waco High’s Tim Standifer alertly picked it and drove over the goal line for an 8-0 lead with 5:15 left in the first quarter.

The two teams traded punts through most of the second quarter, but the Lions got their offense cranked up again midway through the quarter thanks to the familiar duo of McDonald and Delao.

McDonald found a wide-open Braylen Martinez for a 30-yard gain then McDonald got another first down when he jumped over a defender on a 10-yard-run. The drive untimely stalled but Tyler Black kicked a 25-yard field goal for an 11-0 lead.

On the ensuing kickoff, Waco recovered a short pooch kick with 1:11 left in the first half. It only took two Delao runs, the last covering 30 yards for an 18-0 lead at halftime after another Black extra point.

The win was the sixth straight in the series for Midway, as Waco High was unable to gather its first win over the Panthers since 2011. 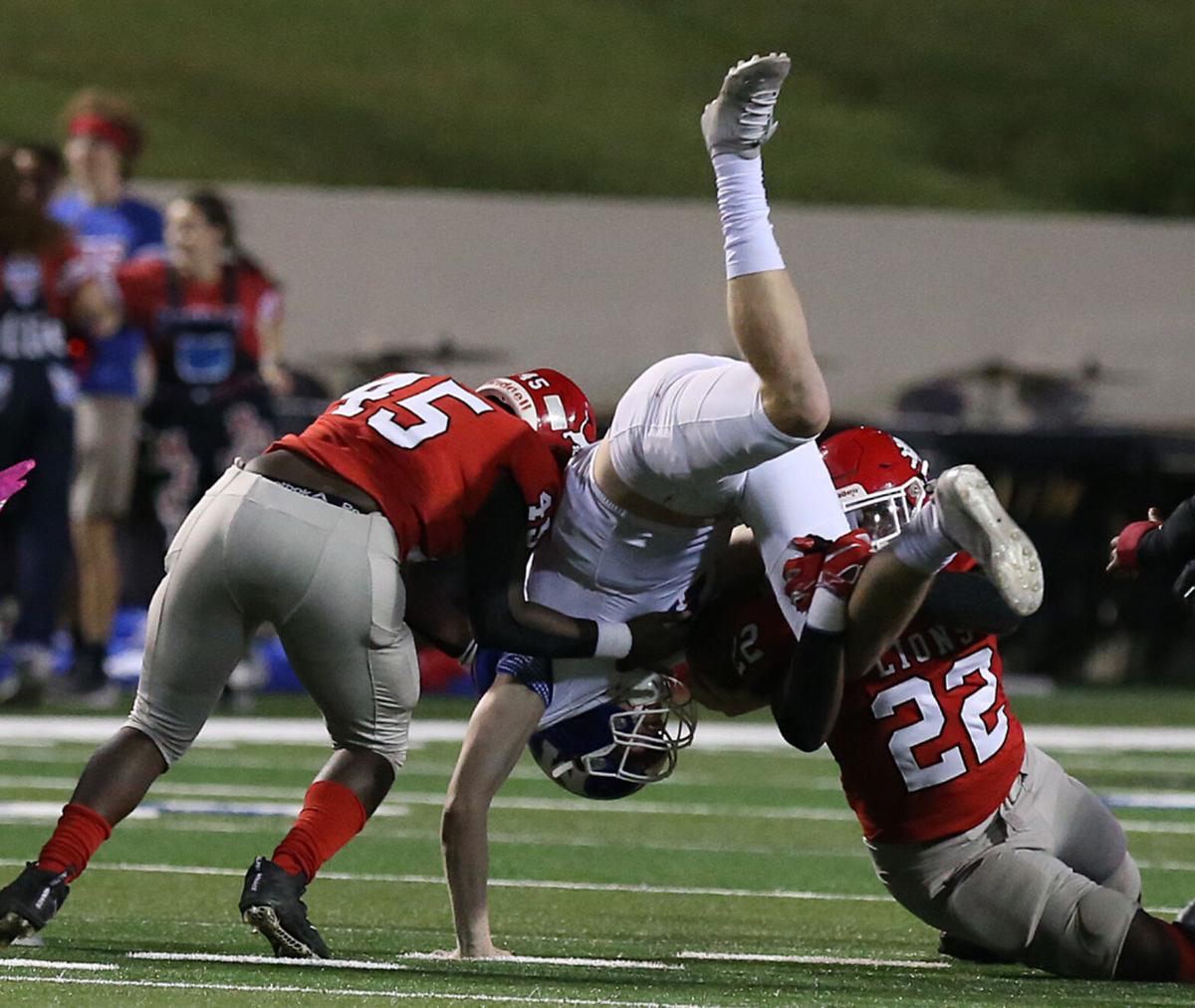 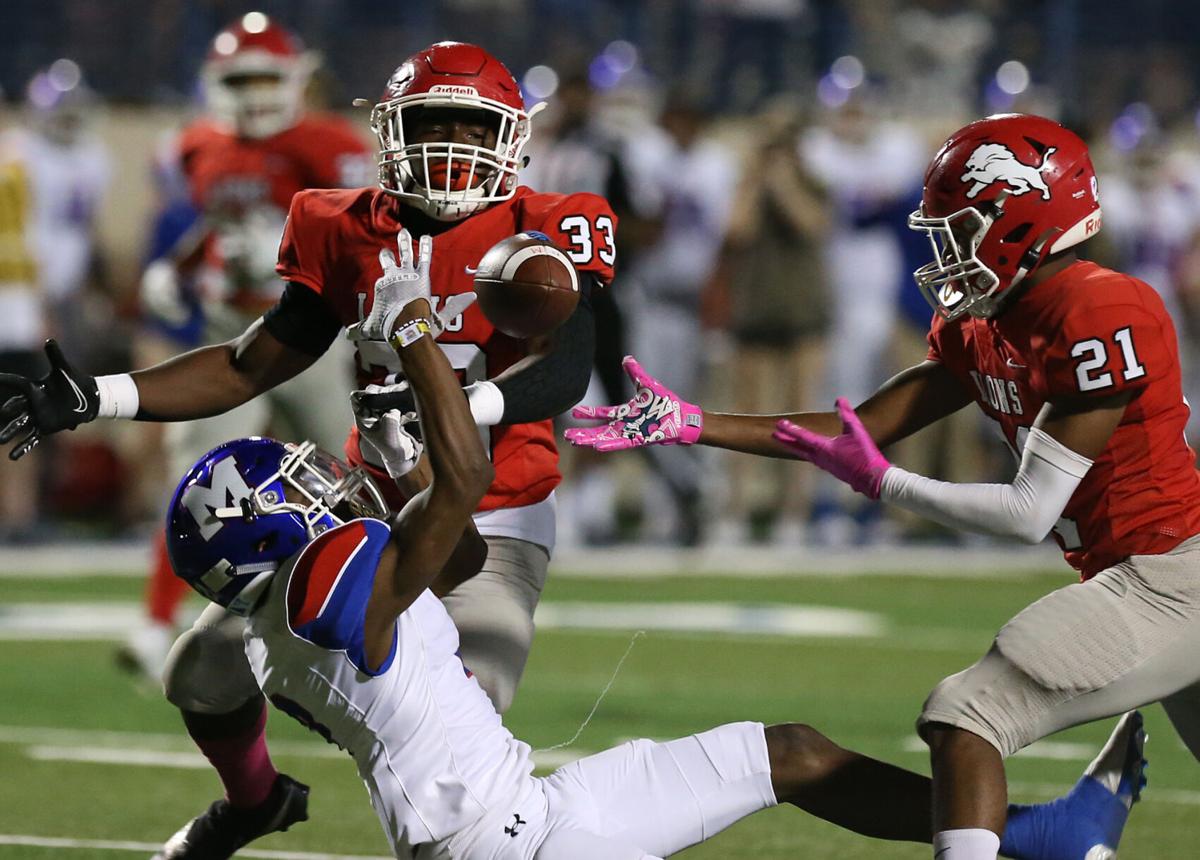 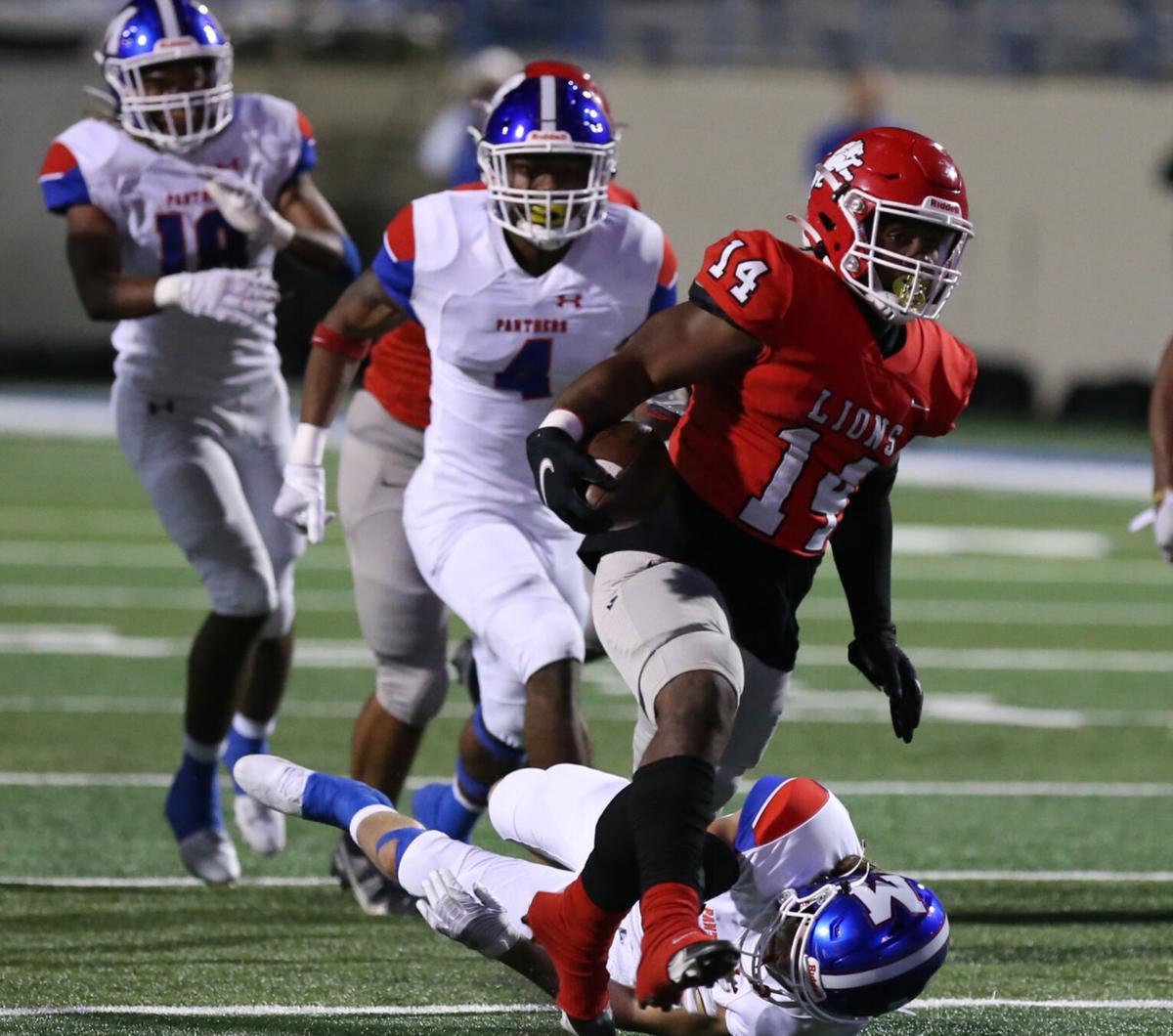 Waco High's Omarion Delao runs past a Midway defender for a touchdown. 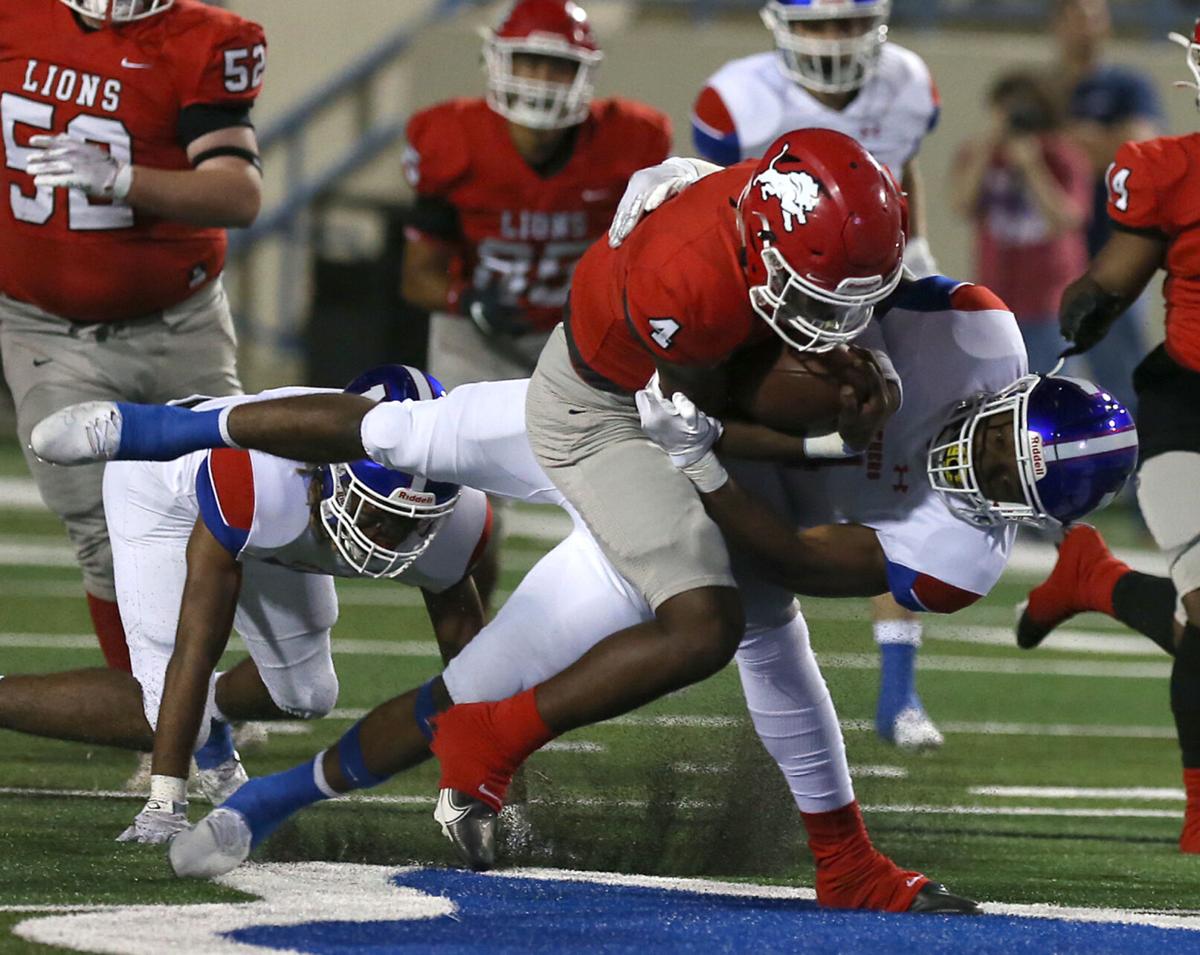