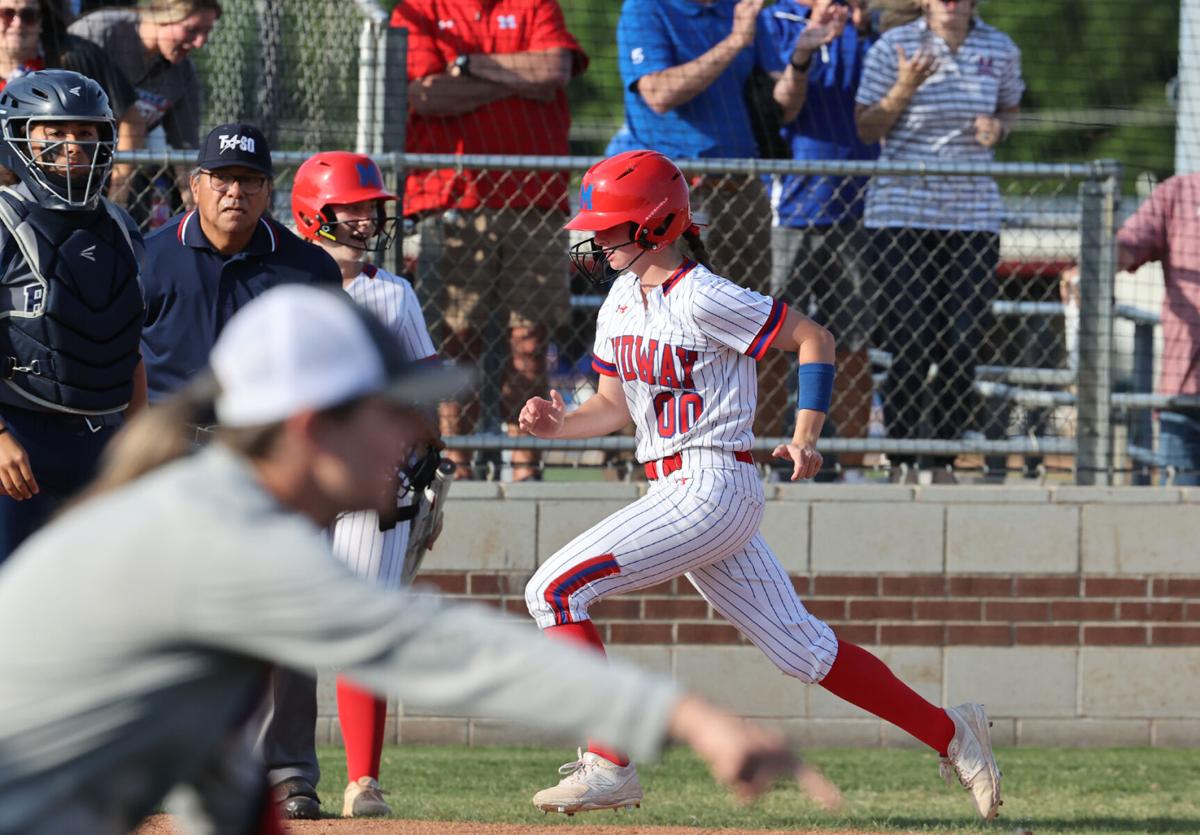 Midway’s Kelsey Mathis scores in the first inning against Bryan in the Pantherettes’ 3-1 season-ending loss. 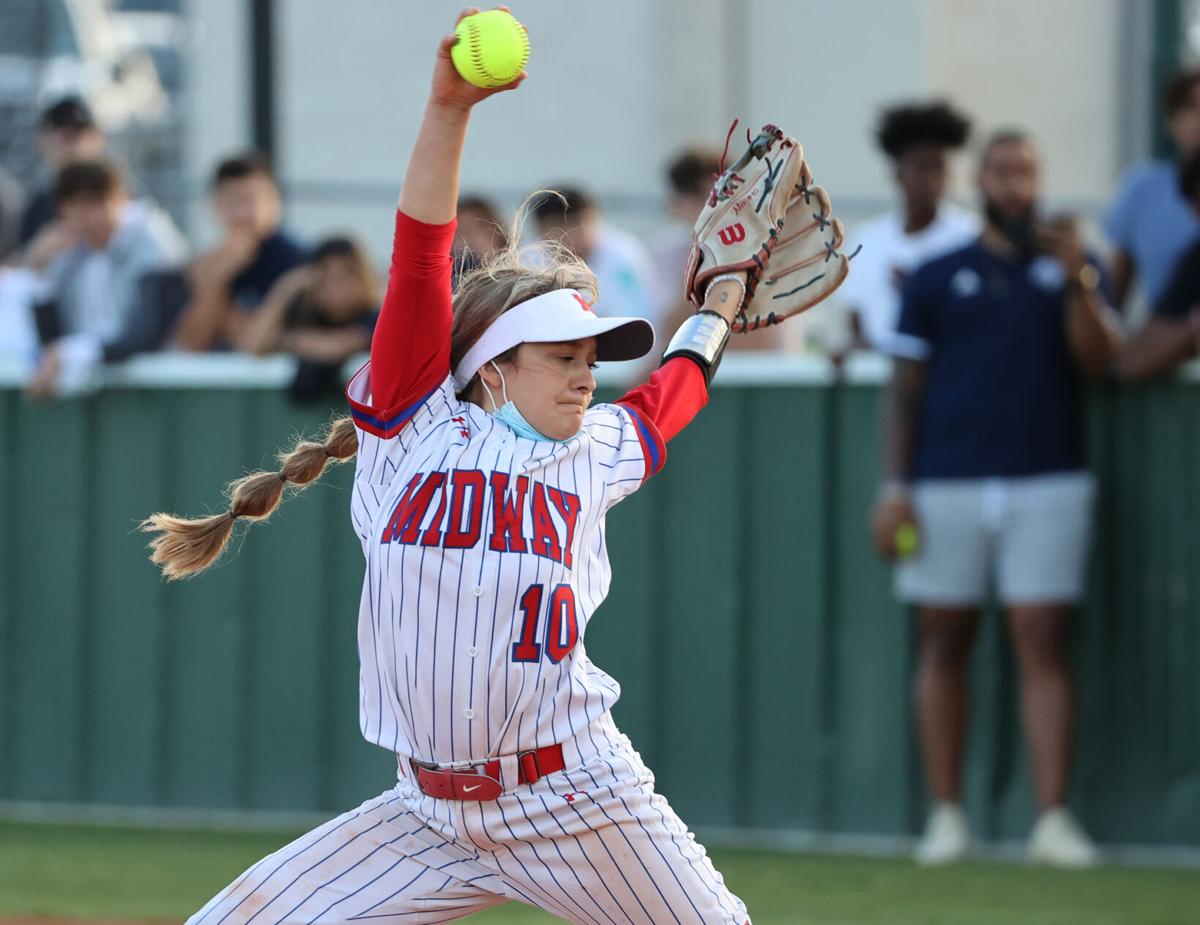 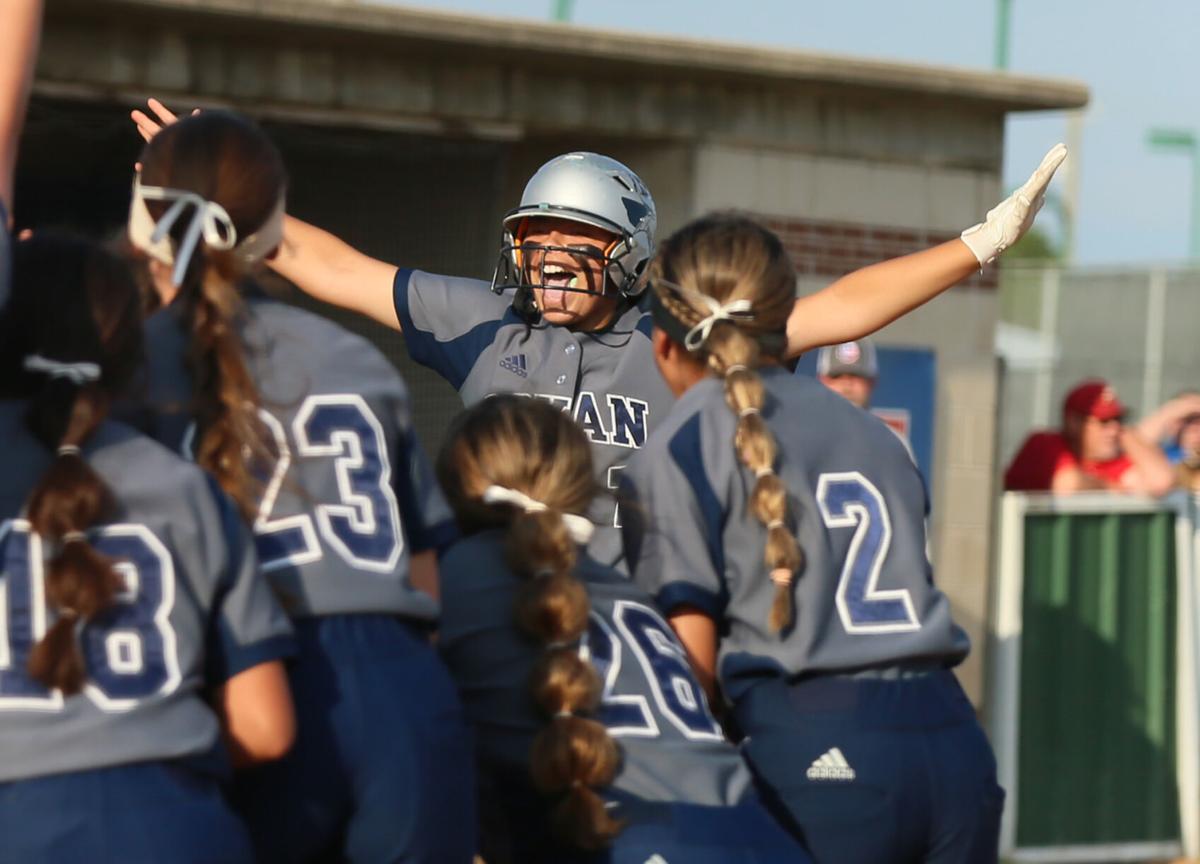 Bryan's Jessica Adams is welcomed home after her three-run home run in the second inning against Midway. 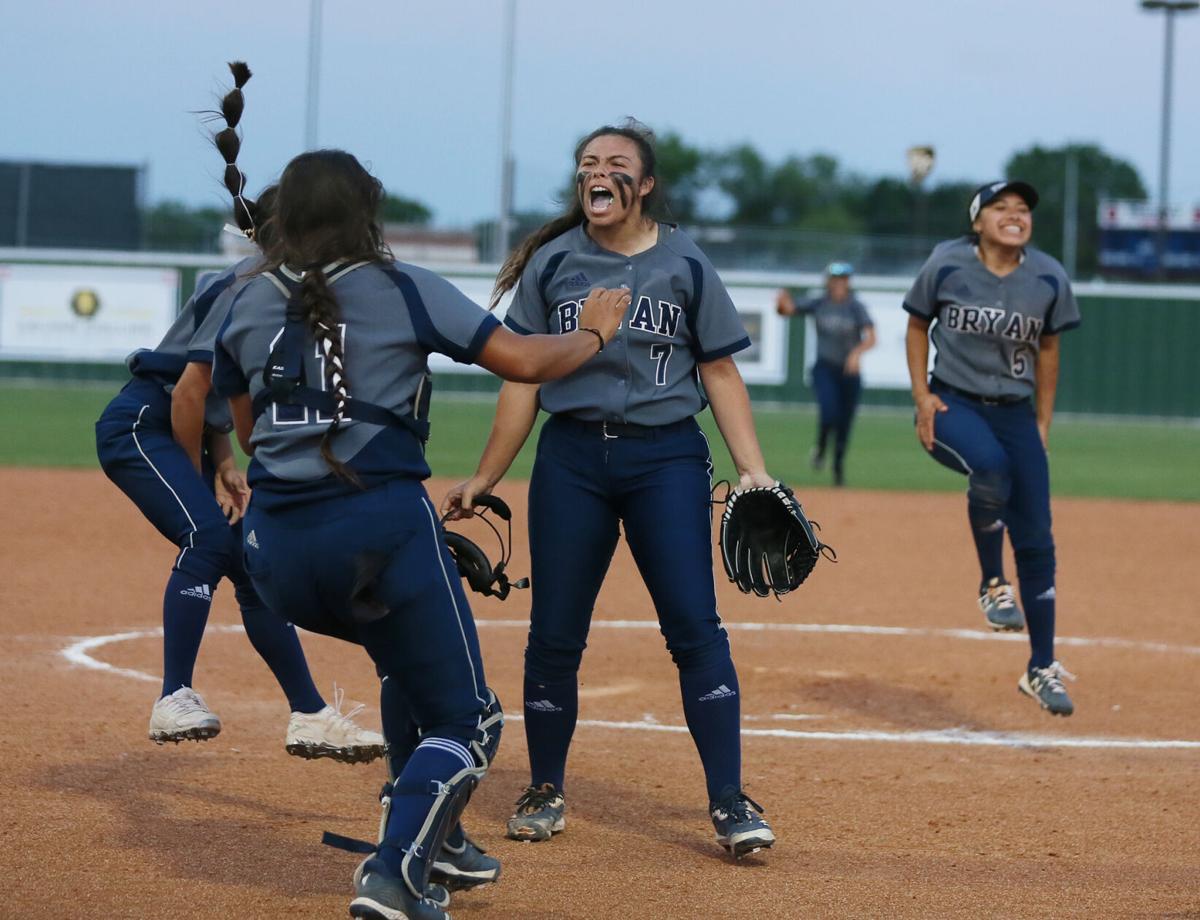 Bryan's Jessica Adams celebrates with her sister Jacque Adams after defeating Midway, 3-1, in the third game of their Class 6A regional quarterfinal series.

Given the program’s offensive firepower, talent and tradition, it was going to take a fairly heroic effort to take down No. 3 Midway in the Class 6A softball playoffs.

Unfortunately for Pantherette fans, that is exactly what Jessica Adams gave Bryan High School, sending the Lady Vikings to the regional semifinals with a 3-1 win in the final game of the best-of-three series at the Midway Softball Stadium.

The senior pitcher threw seven tough innings, keeping Midway’s high-powered offense in check. As importantly, she also provided all of Bryan’s offense with a three-run home run in the top of the second inning. The opposite-field shot was a tough pill to swallow, Midway coach Jordan Williams said.

“You never want their best player to beat you,” Williams said, referring to Adams, who, along with her sister, catcher Jacque Adams, is committed to Louisiana-Lafayette. “We left a pitch a little too pretty, and she took advantage of it.”

The Pantherettes got their own big-time effort from senior pitcher Alex Earhart. After the home run, Earhart relieved starter Hailey Blake. Over the last five innings, Earhart faced the minimum number of batters, and to end the game, she sat down the final 11 Lady Viking hitters.

“She’s such a gamer, Williams said. “She gives you all she has and goes after every batter. What a warrior.”

Midway had several opportunities to get to Adams. The Pantherettes left two runners on base in each of the final three innings. However, Adams ended each of those frames with a strikeout. After the final one in the seventh inning, she tossed her glove high in the air, sending the visiting team, coaches and fans into a celebration.

The Pantherettes’ only run came in the first inning. After reaching on a fielder’s choice, right fielder Kelsey Mathis came around to score on an error by Bryan second baseman Ailee Freeman. At the plate, Midway was led by senior second baseman Maddie Pleging, who went 3 for 4 with a double.

Midway finished the 2021 campaign with a district championship and an impressive 25-3 ledger. After the game, Williams made sure to applaud her nine seniors.

“They played every game hard,” she said. “You really can’t ask for anything more. Most of them are going on to play in college, so they will have more chances, but we are really going to miss them.”

“We had the quality of team to make it to state. This was a good, clean series, and this was a great year.”

BELTON — It got a little dicey, but the Lady Leopards made sure their lead held up.

Lorena built a 6-0 lead as Kate Houser opened with four hitless innings in the circle. Then Troy rallied to make things interesting, but Lorena held on for the win in the opener of the Region III-3A quarterfinal series.

Game 2 of the series is 1 p.m. Saturday. If Troy wins that one, a third game would follow.

Lorena’s Jaylynn El-Far hit it far to supply her team with the early lead. Her two-run home run to right-center in the second got the Lady Leopards rolling, and Lorena added one more run in the inning on an Ashlyn Wachtendorf liner, making the score 3-0.

Wachtendorf, a Baylor signee, added a solo home run in the fourth inning for Lorena, which led 6-0 going to the bottom of the fifth.

Troy fought back, though, with a five-run fifth, cutting the gap to 6-5. Lorena’s Alyssa Moore gave her team a little breathing room in the seventh, ripping a two-run home run off the scoreboard at UMHB’s Dee Dillon Field.

Who impressed the most on Friday night? See how the best local high school football players fared and vote for our Players of the Week.

Midway’s Kelsey Mathis scores in the first inning against Bryan in the Pantherettes’ 3-1 season-ending loss.

Bryan's Jessica Adams is welcomed home after her three-run home run in the second inning against Midway.

Bryan's Jessica Adams celebrates with her sister Jacque Adams after defeating Midway, 3-1, in the third game of their Class 6A regional quarterfinal series.