No matter who was on the mound for Midway this spring, Panthers baseball coach Eddie Cornblum had a high comfort level, an ace in the hole.

That’s because there was always a baseball guy behind the plate.

Midway catcher Cort Castle combined Power 5-college physical talent with an IQ for the game that was beyond his years. Cornblum said he always likes having conversations with catchers, but especially enjoyed getting Castle’s take on whatever was happening in the game.

The coach hadSomuch confidence in his catcher’s baseball knowledge that he relinquished control of signaling in pitches.

“We let Cort call the game this year and I’ve never done that in 20 something years,” Cornblum said. “That’s how much trust we had in him. He can read swings. He knows how to call. Pitchers trust him.”

If you constantly strive for perfection, you’ll usually end up disappointed. Nobody’s perfect, after all.

Castle, the 2021 Super Centex Baseball Player of the Year, didn’t just know the game, he performed. He batted .343 with 28 RBIs and posted eight doubles and four triples. Perhaps most impressively, he threw out 13 of 16 potential base stealers.

Cornblum said once Castle threw somebody out, they didn’t test him again.

“I never want anyone to be able to steal on me,” Castle said. “That’s kind of unlikely because there’s a lot of stuff that can go wrong. My biggest focus this year was, no matter how big of a jump the runner gets, just put the ball on the bag and be accurate. If the ball is on the bag, right there for an easy tag, there’s a lot of stuff that can go your way. You have no chance when you throw the ball into center field or you short hop it.”

Cornblum believes Castle, who has signed with Baylor and will begin working out with the Bears this summer, was the best high school catcher in the state of Texas.

The Panthers senior certainly made a difference for the Panthers. Midway faced top-level Class 6A competition before, during and after district play this spring and posted a 17-15-1 record.

Midway sharpened its focus during district action and made a push to finish second in 11-6A.

“We were playing good teams, but we could never get it together,” Castle said. “Once district started, we talked as a team about how we needed to start competing as a team, needed to start playing for each other. Let’s not care about everything else that goes on. Once we had that conversation is when we really started rolling.”

One particular game in early April epitomized that effort.

“We were playing at Waxahachie. We went down like 6-0 in the first three innings,” Castle recalled. “Their fans are going crazy. They’re making all sorts of comments. All the sudden we get the bats going and we make a run and a comeback. You start seeing all their fans start to leave. It was super satisfying because we decided we can do this. We’re not giving up.”

The Panthers claimed a 9-6 victory that night in Waxahachie. They carried the same attitude through the first round of the playoffs when they swept Killeen Ellison in a best-of-three series. Rockwall ended Midway’s season in the next round as the Yellowjackets claimed a pair of one-run wins.

Castle admitted it was frustrating to getSoclose to advancing and see the season end. But, ultimately, he learned from the experience of his senior season. Castle was able to bring along a young pitching staff and hone his ability as a holistic catcher.

In some ways, the Bosqueville Bulldogs’ season hit maximum velocity in a one-game playoff in the regional final round of the playoffs.

That night, Bosqueville sophomore starting pitcher John Youens threw a no-hitter, making way for the Bulldogs’ 7-0 victory over Lindsay. Ryder Roark and Larson Hoffmeyer fueled the offense and the Bulldogs took advantage of Lindsay mistakes as they continually added to their lead. When it was all over, Bosqueville was headed back to the state tournament.

Bulldogs coach David Anderson had lost a coin flip with his Lindsay counterpart that resulted in the seven-inning, all-or-nothing affair. But nobody minded as they drove home from the game in the Fort Worth area.

“The guys got excited for it,” Anderson said. “For John Youens to go out there as a sophomore and light it up like he did on the mound and the way we swung the bats, that’s a lot of fun.”

Although the state semifinals didn’t go the way Bosqueville wanted — the Bulldogs were eliminated by Garrison, 7-6, in a sloppy game for both teams — Anderson looks back on his team’s 35-4 campaign with a lot of pride.

Not that Anderson, the Super Centex Coach of the Year, is thumping his own chest.

“I really want this to be about the kids and my assistant coach, Jason Cummings,” Anderson said. “Coach Cummings, he was huge for us. He’s a great man, he’s a great coach. He’s one of those guys, probably my best friend in the whole world. He did all of our offense this year. He was awesome. He’s really the best thing that has ever happened to my coaching career.”

Anderson, in his third season as Bosqueville’s head baseball coach, and Cummings molded a young group of Bulldogs into one of the most dynamic baseball teams in Central Texas. Bosqueville started four seniors and five underclassmen. However, even the seniors were less experienced than in a normal season following the COVID-19 sports shutdown of 2020.

Anderson said his team looked good on paper going into the campaign. But he hadn’t seen them play much.

“My biggest question was offense. I didn’t know how well we were going to swing,” Anderson said. “We finished the year with a .445 batting average as a team,Sothat question mark was erased pretty early. All the guys bought into our philosophy of line drives and ground balls. They did everything we asked them to do.”

Bosqueville finished the regular season ranked No. 2 in the Texas High School Baseball Coaches Association 2A poll. The Bulldogs’ goal was to win the state title. Even though their chance to do that hit a speed bump, the state tournament still provided a highlight for the coach.

“I had two seniors after the game that said, ‘Wow, this really was a family,’” Anderson said. “To me as a coach, that moment right there stood out for me more than any. Their baseball careers just ended and we’re sitting there in a hotel room in Austin and just to hear both of them say, ‘Coach, we really were a family. We wouldn’t change it for the world.’ That stands out the most. That’s why we get in this business is to form relationships and help young kids become men.”

There wasn’t any doubt that Robinson freshman Cage McCloud had the talent to compete on the Rockets’ varsity squad. The only questions were how soon would he get in the lineup and how well would he blend.

He got there and fit in just fine.

McCloud missed the first half of the season rehabbing a dislocated left shoulder he sustained in football. But he got going in time to hit .467 with five doubles and three triples.

“He immediately got in the batter’s box and changed our lineup,” Robinson coach Chris Clemons said. “He went into the three hole. His maturity at the plate with pitch recognition and his ability to work counts was second to none. It’s as good as I’ve seen, especially with someone that young.”

McCloud, an excellent two-way player who has already committed to TCU, is the Super Centex Newcomer of the Year.

Clemons brought McCloud along slowly on the mound. The freshman never got above a 70 pitch count, but he made an impact. In a district playoff for seeding, McCloud entered in the fifth inning and kept Madisonville scoreless for the final three frames. He finished the season with 24 strikeouts in 18 innings.

McCloud got the chance to play with his older brother, Slade McCloud, who earned Super Centex second-team honors. Slade looked out for his younger brother and Cage worked hard to be a good teammate.

“They’re very close,” Clemons said. “They’re always hitting together. Slade does take the big brother role. He’s very protective. Cage took it well and was very coachable from me and the other coaches.

“He knew his place but, when it was his time, he got some big hits for us.”

Baylor signee earned 11-6A MVP honors. He threw out 13 of 16 potential base stealers, racked up 8 doubles, 4 triples at the plate.

Bulldog covered lots of ground in center field, hit .384 with 25 RBIs at the plate.

Hard-throwing Cougar struck out 91 batters in 54.2 innings, earned 18-4A pitcher of the year honor.

Bulldog hurler threw a no-hitter in regional final, finished the season with 99 strikeouts.

Young Panther pitcher had a breakout season with 69 strikeouts in 64.2 innings.

Guided the Bulldogs to a 35-4 overall record, the school’s fourth appearance in the state tournament.

Why Ronaldo and Mbappé's futures are inextricably linked

Why Ronaldo and Mbappé's futures are inextricably linked 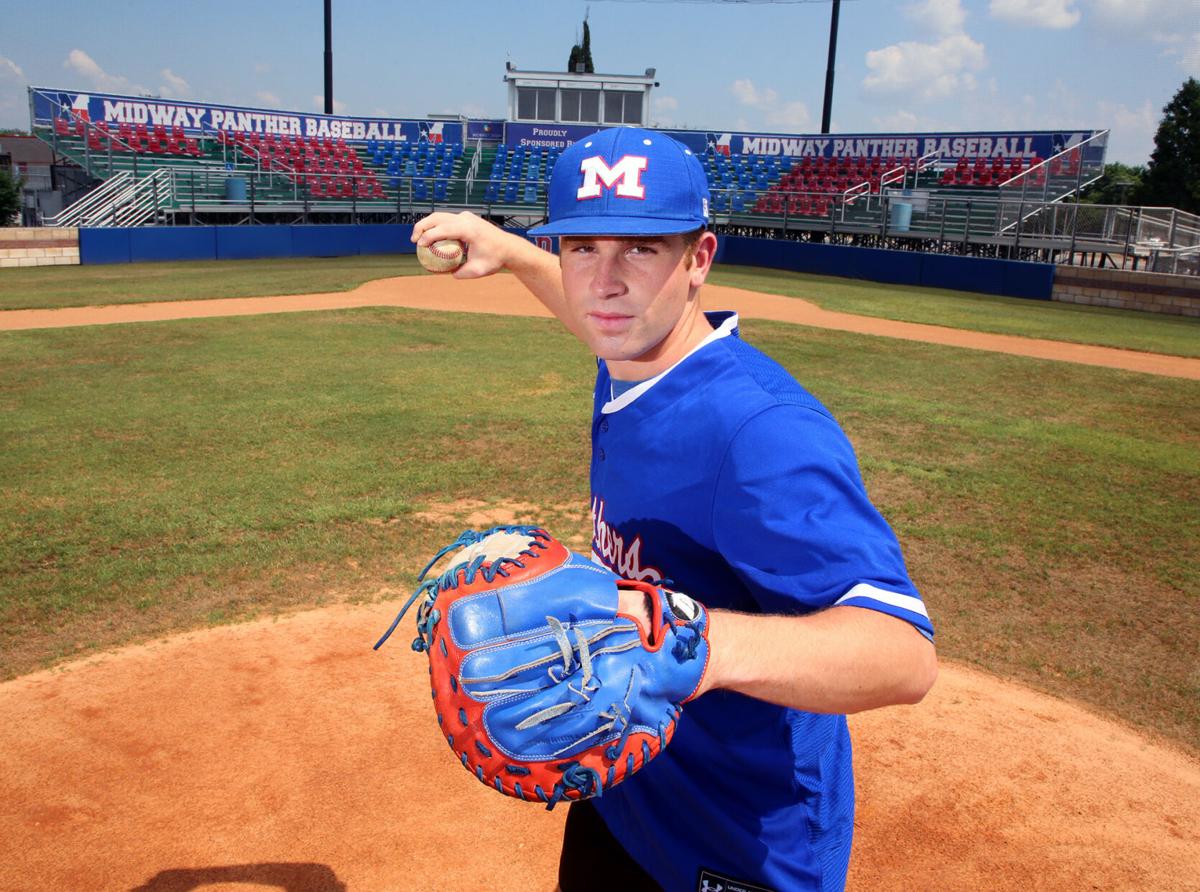 Midway catcher Cort Castle, the Super Centex Player of the Year, controlled games from behind the plate for the Panthers this season. 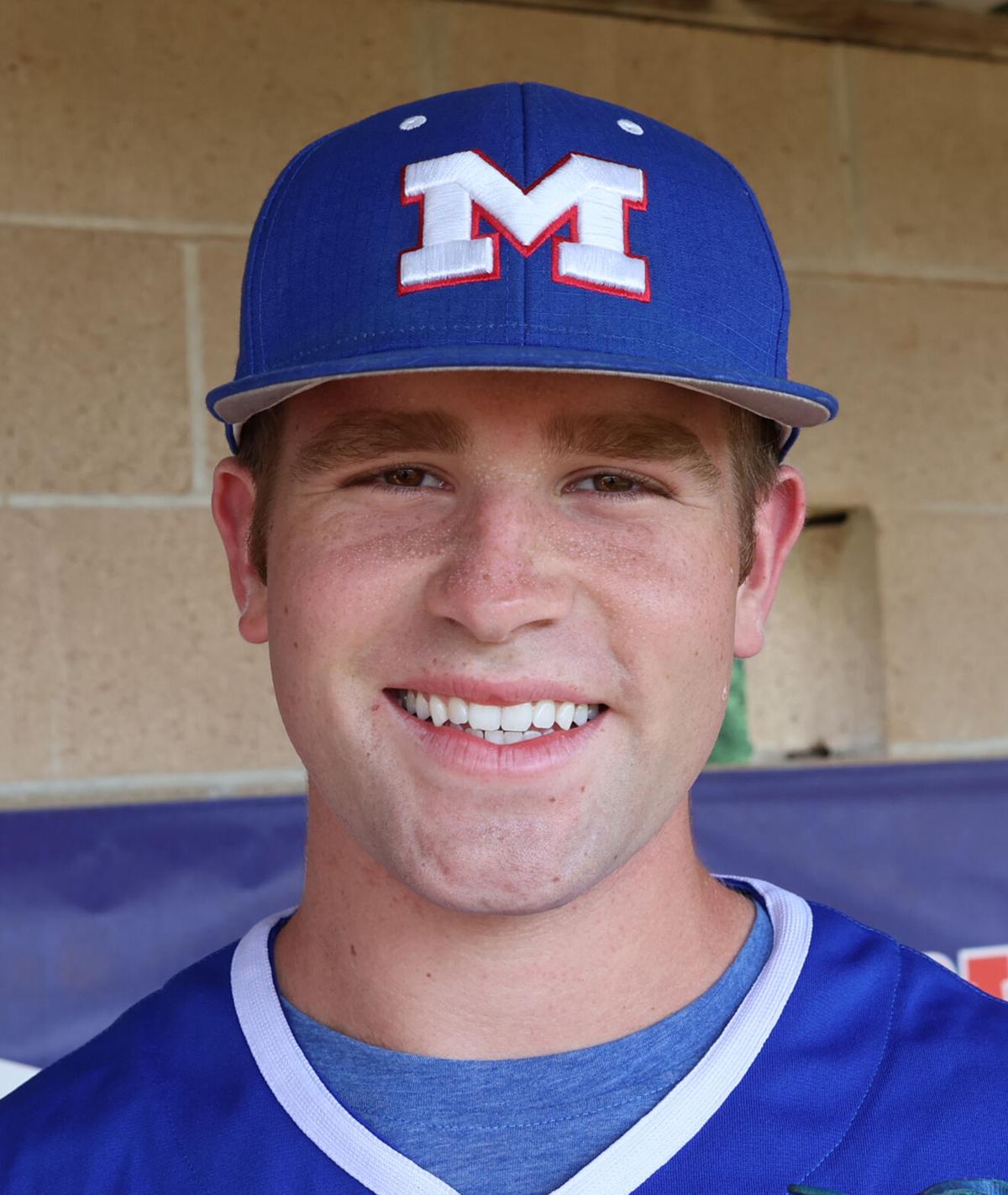 CORT CASTLE Sr, Midway Baylor signee earned 11-6A MVP honors. He threw out 13 of 16 potential base stealers, racked up 8 doubles, 4 triples at the plate. 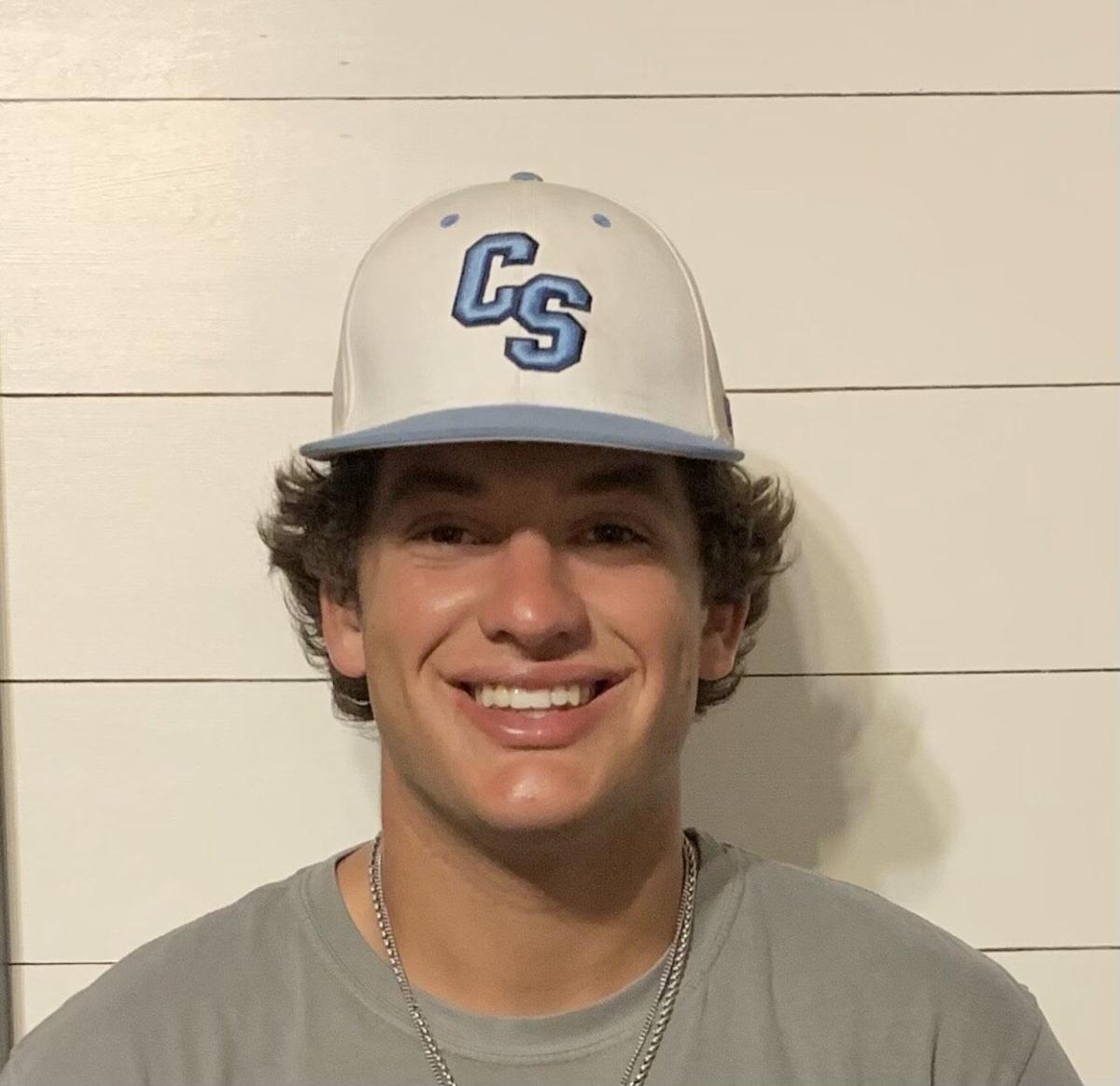 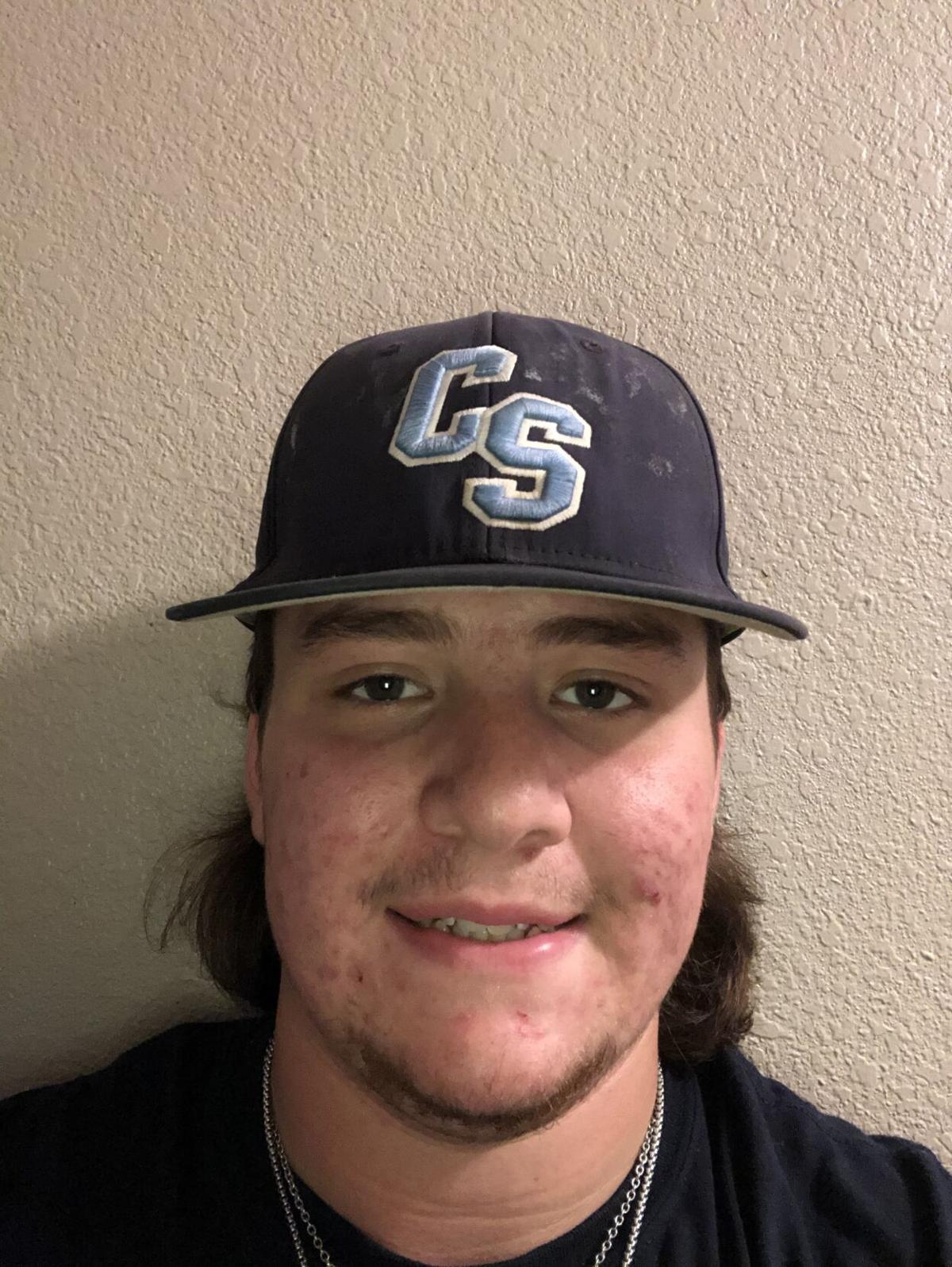 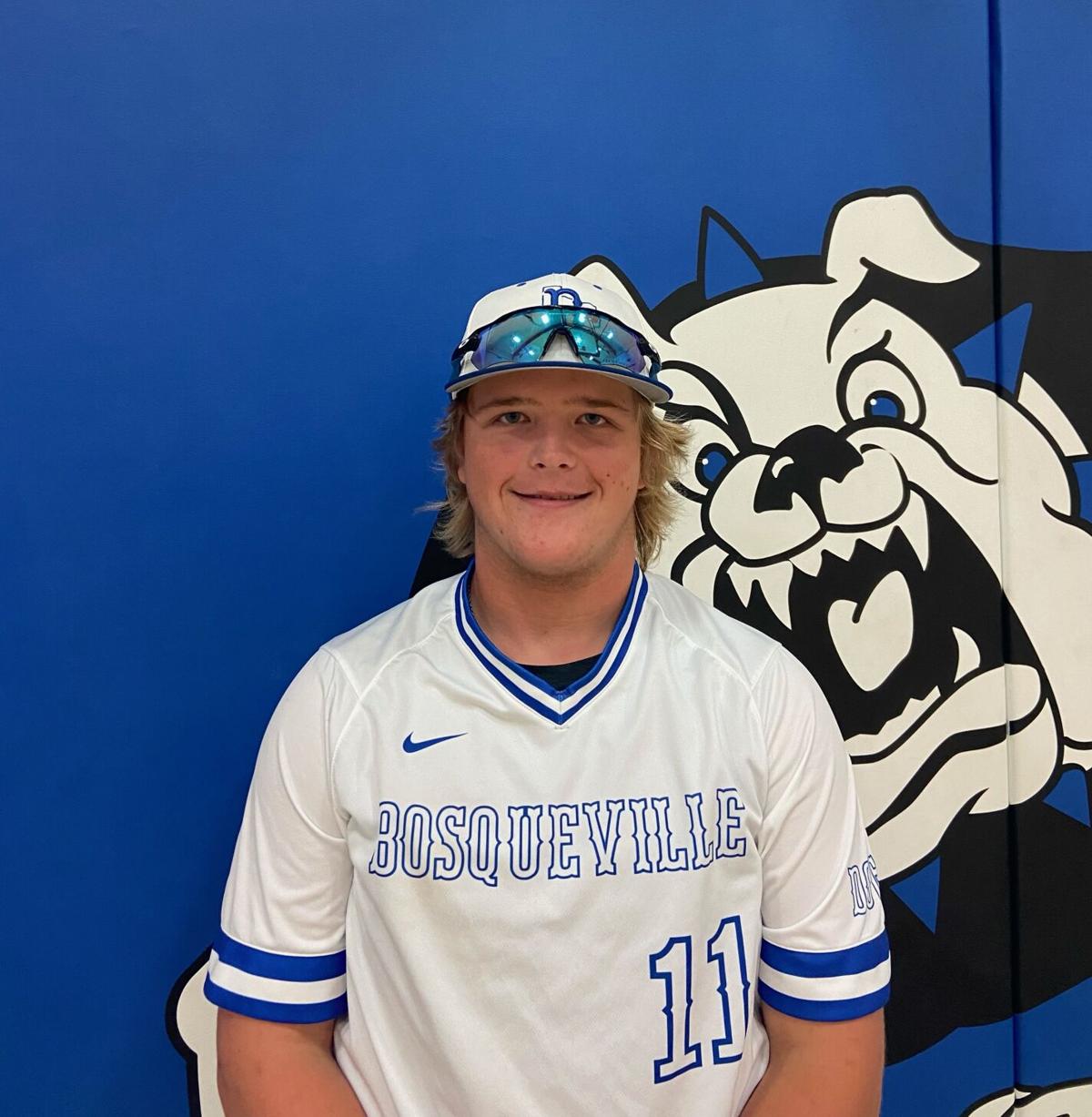 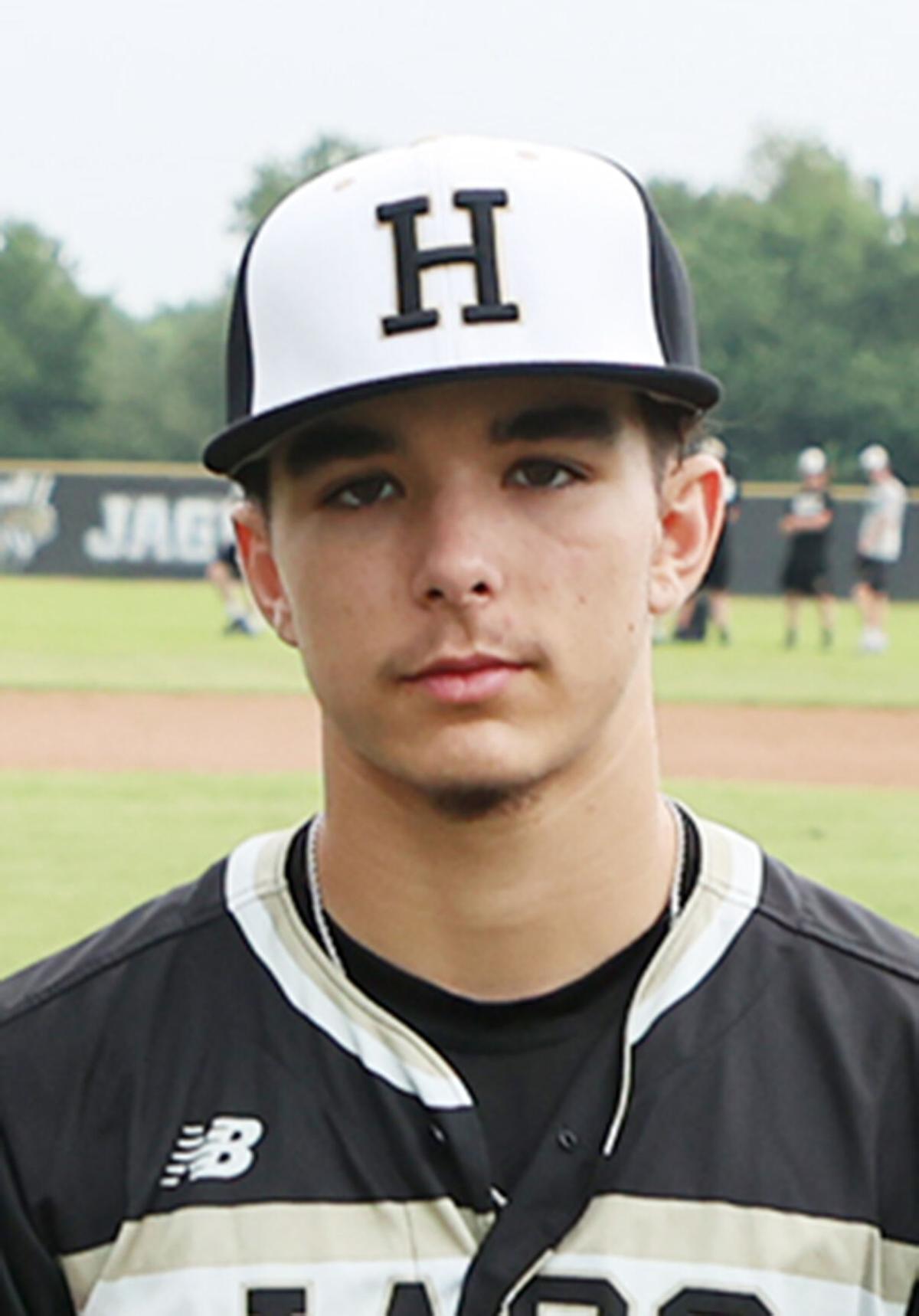 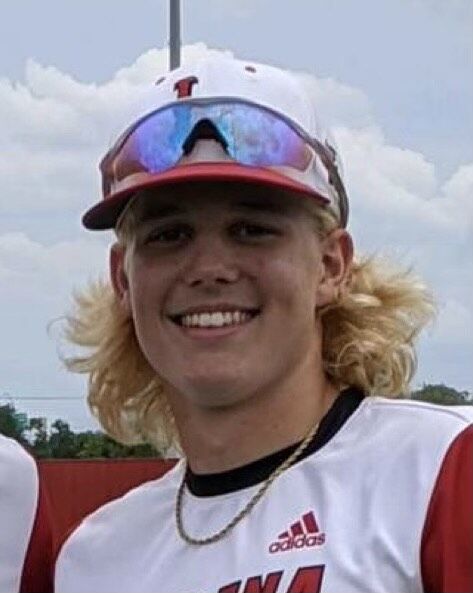 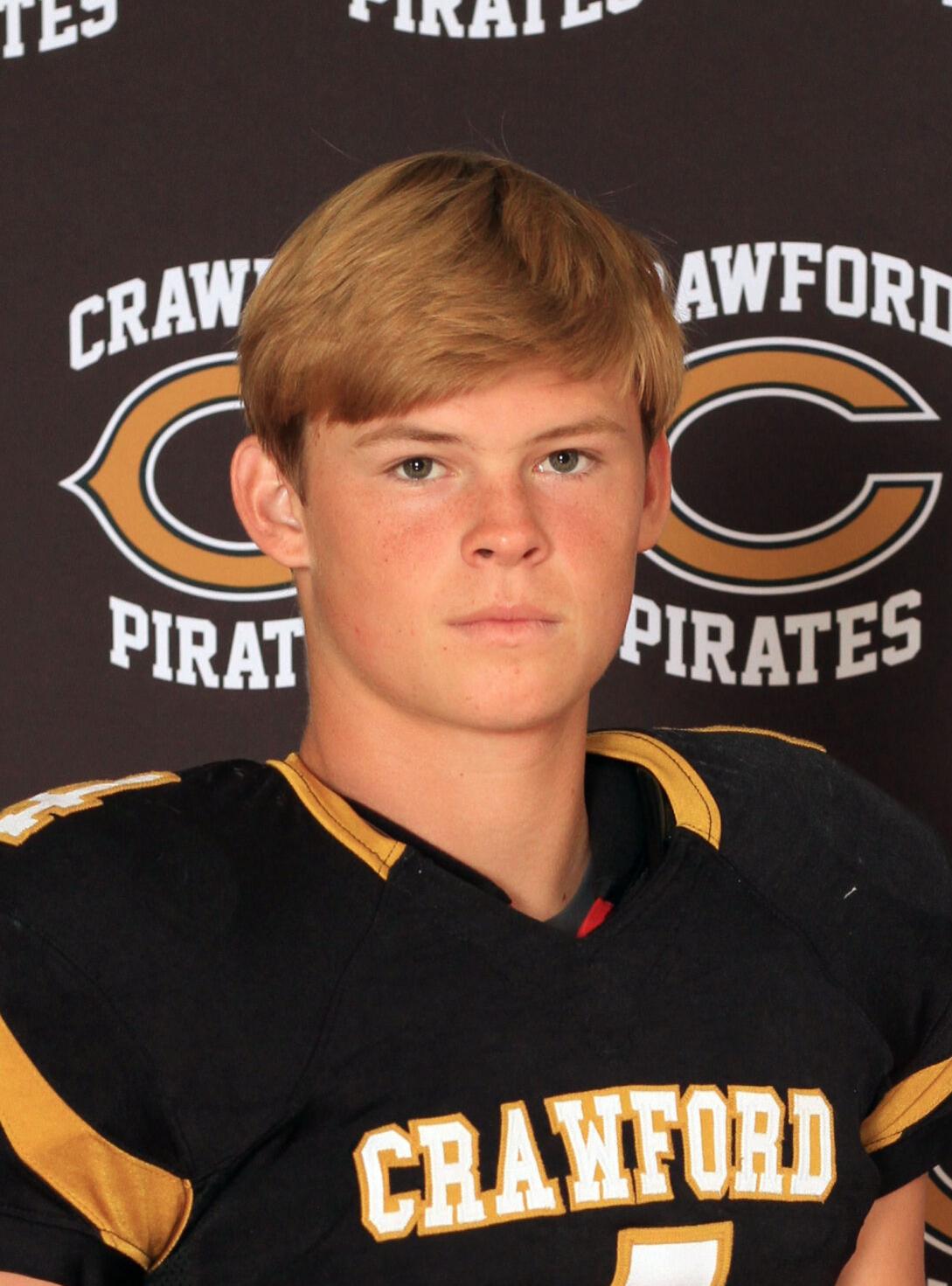 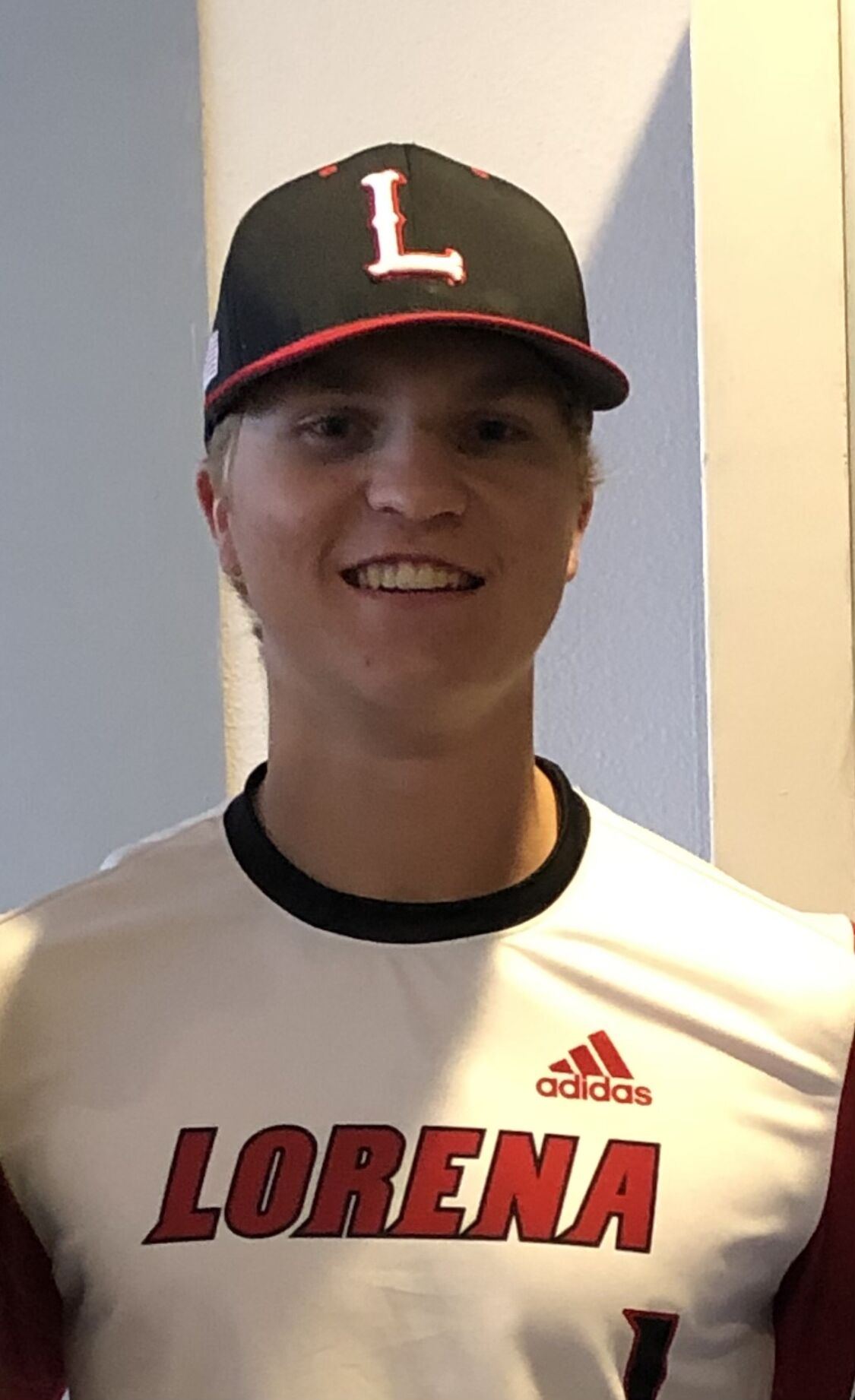 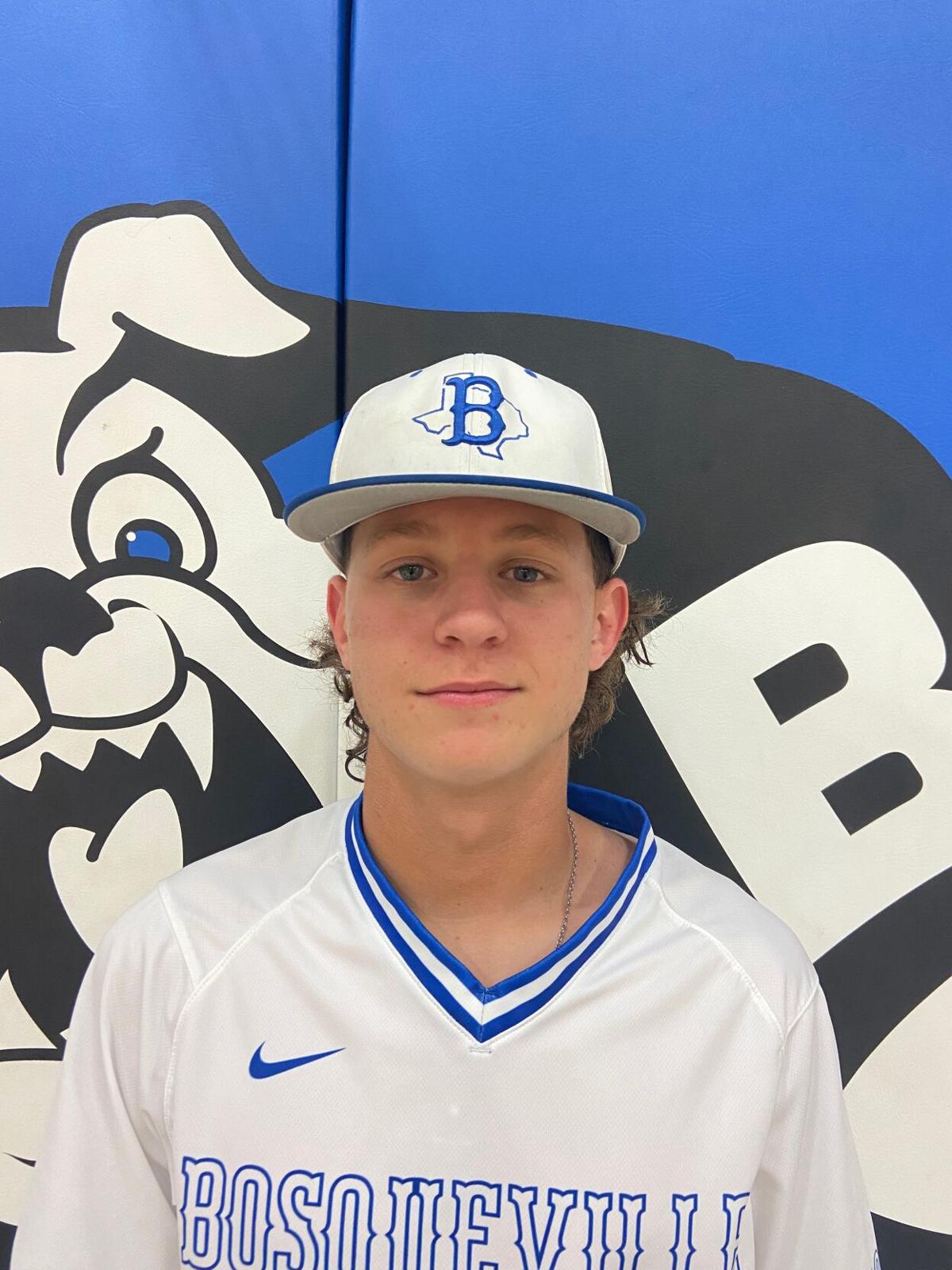 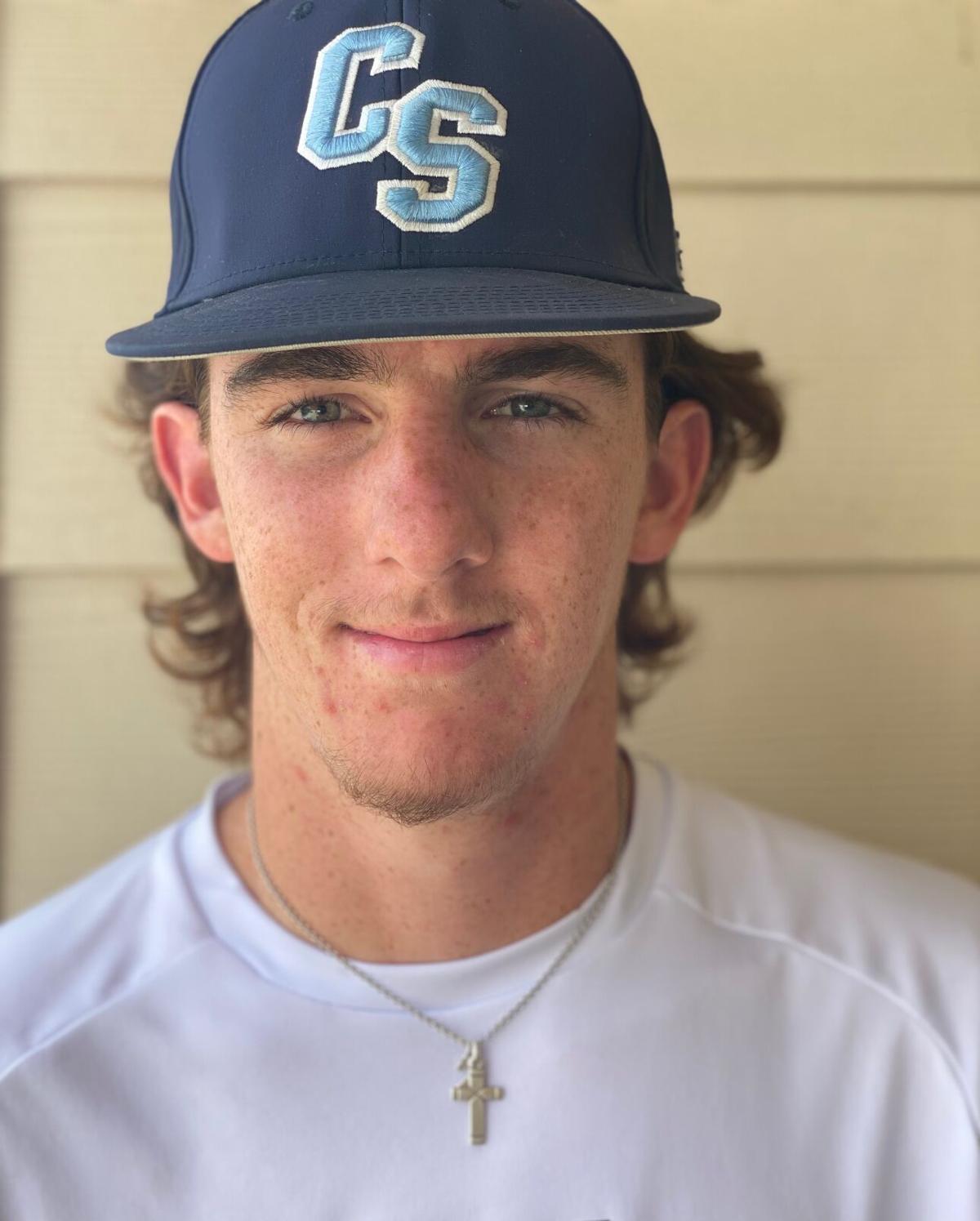 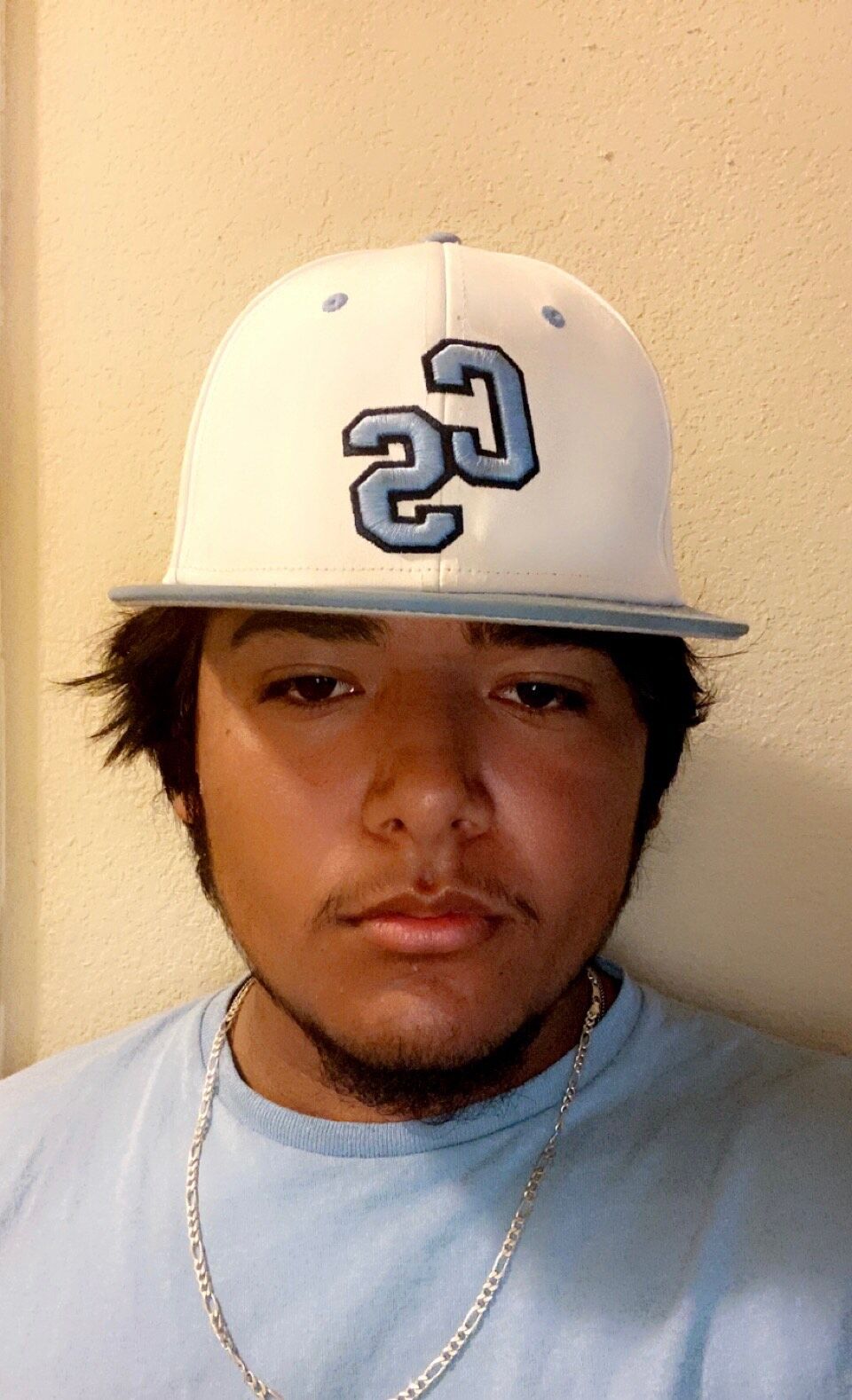 ALEX MARTINEZ So, China Spring Hard-throwing Cougar struck out 91 batters in 54.2 innings, earned 18-4A pitcher of the year honor. 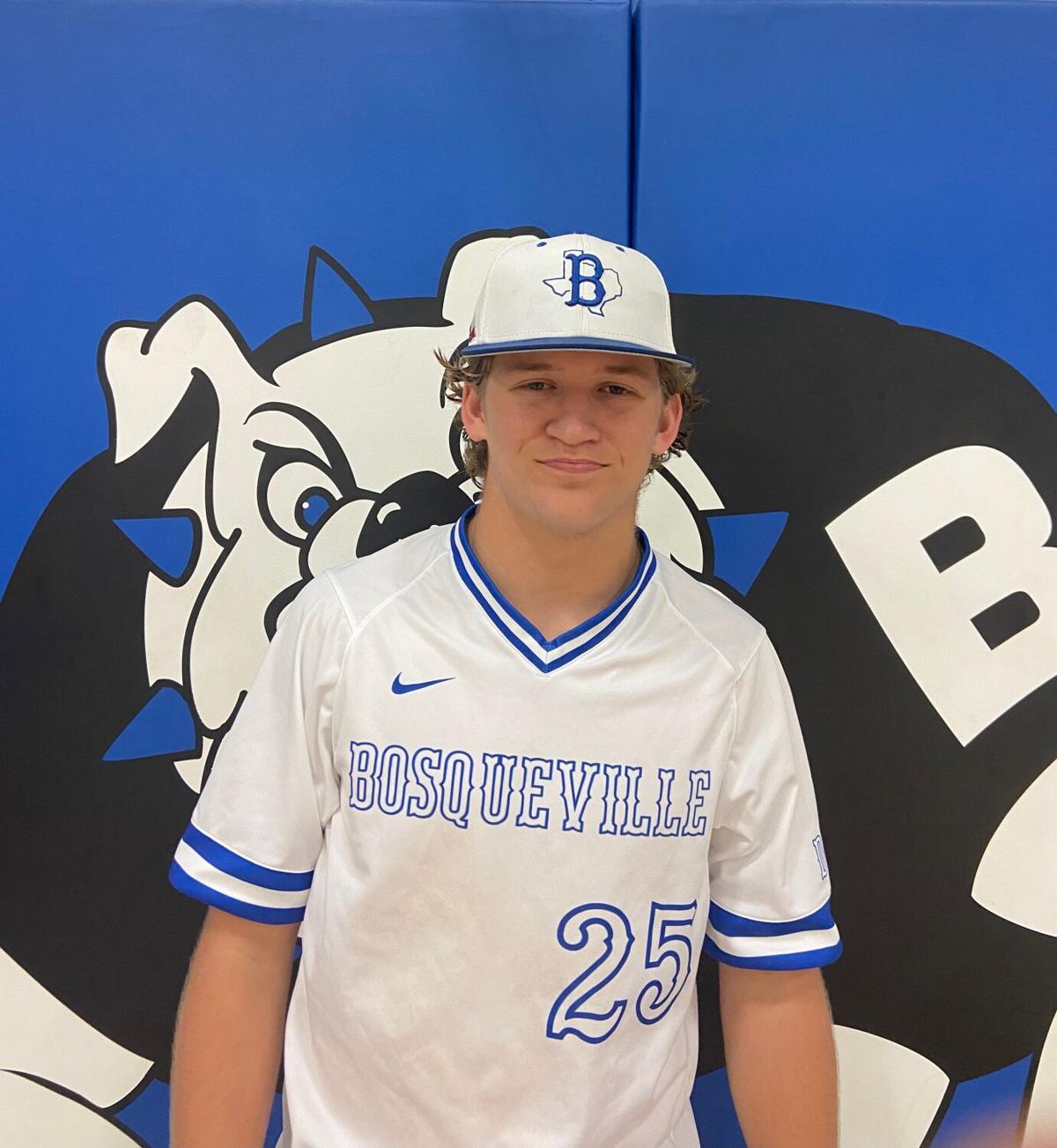 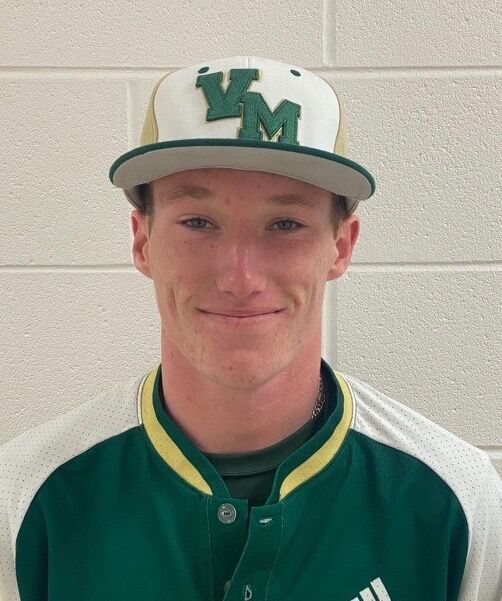 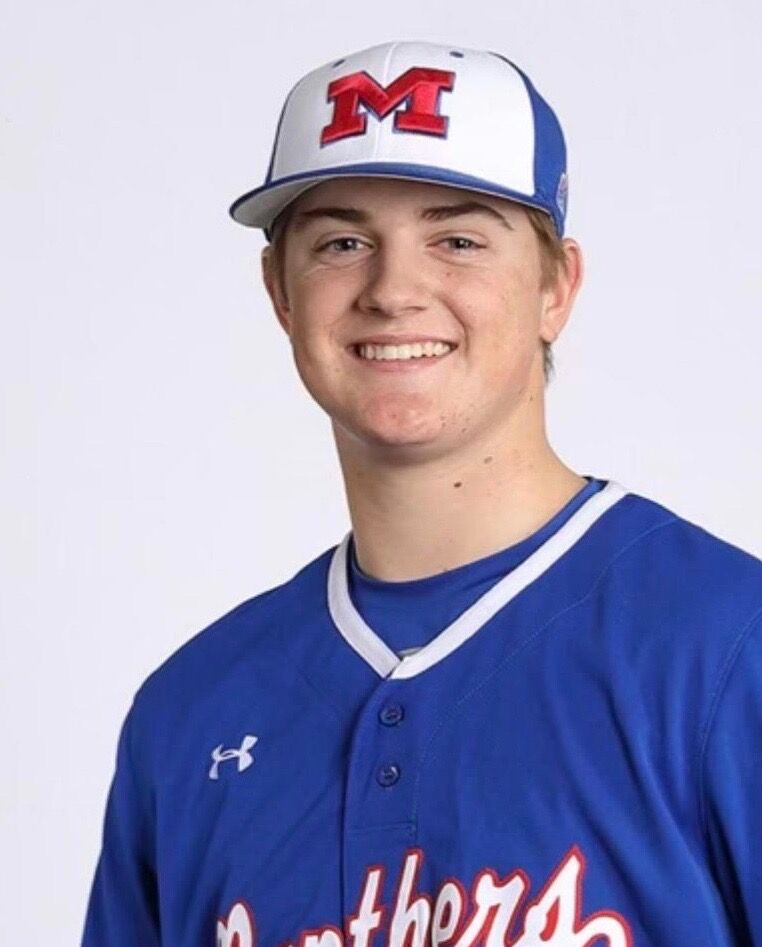 JEREMIAH ARNETT So, Midway Young Panther pitcher had a breakout season with 69 strikeouts in 64.2 innings. 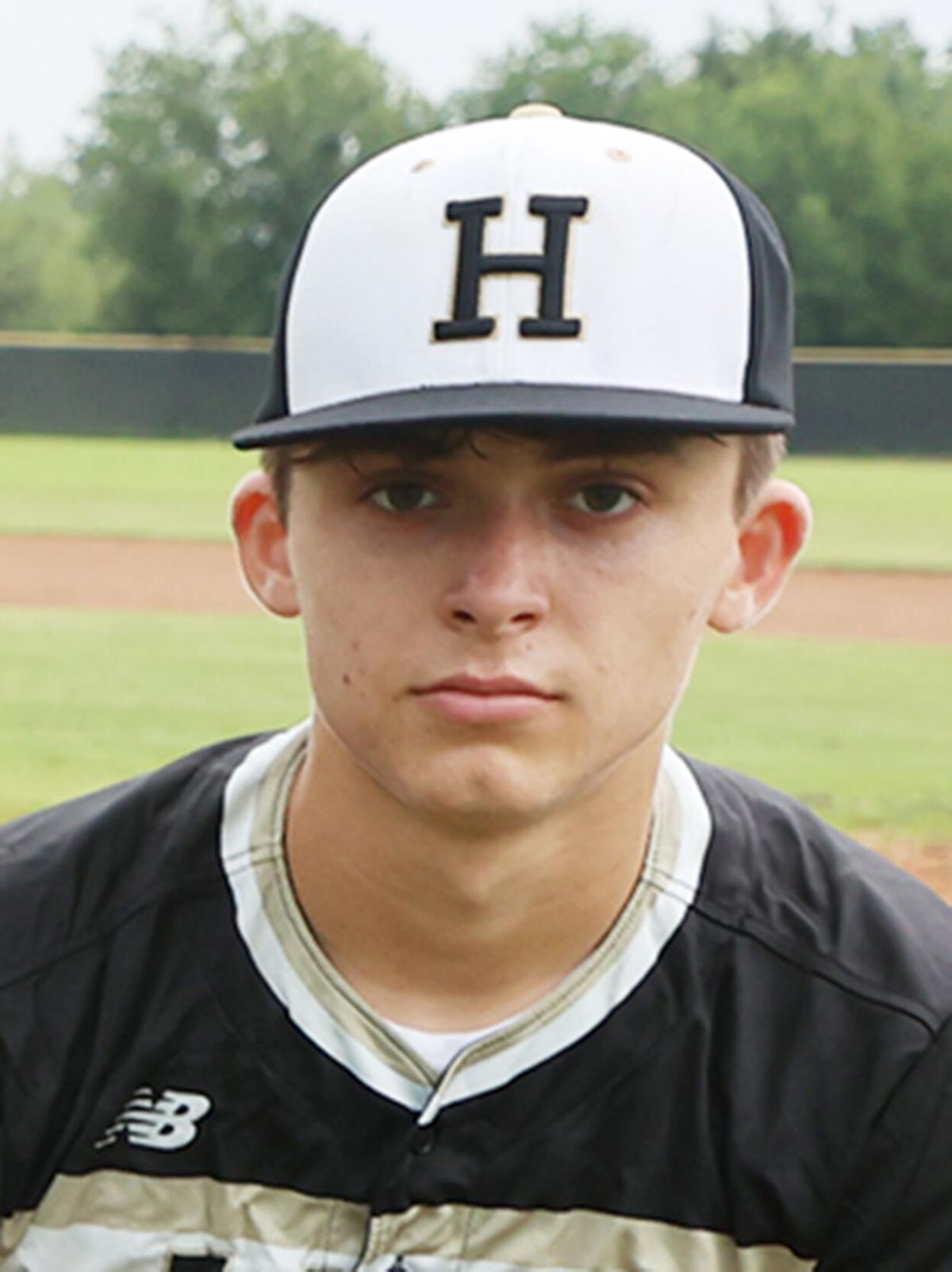 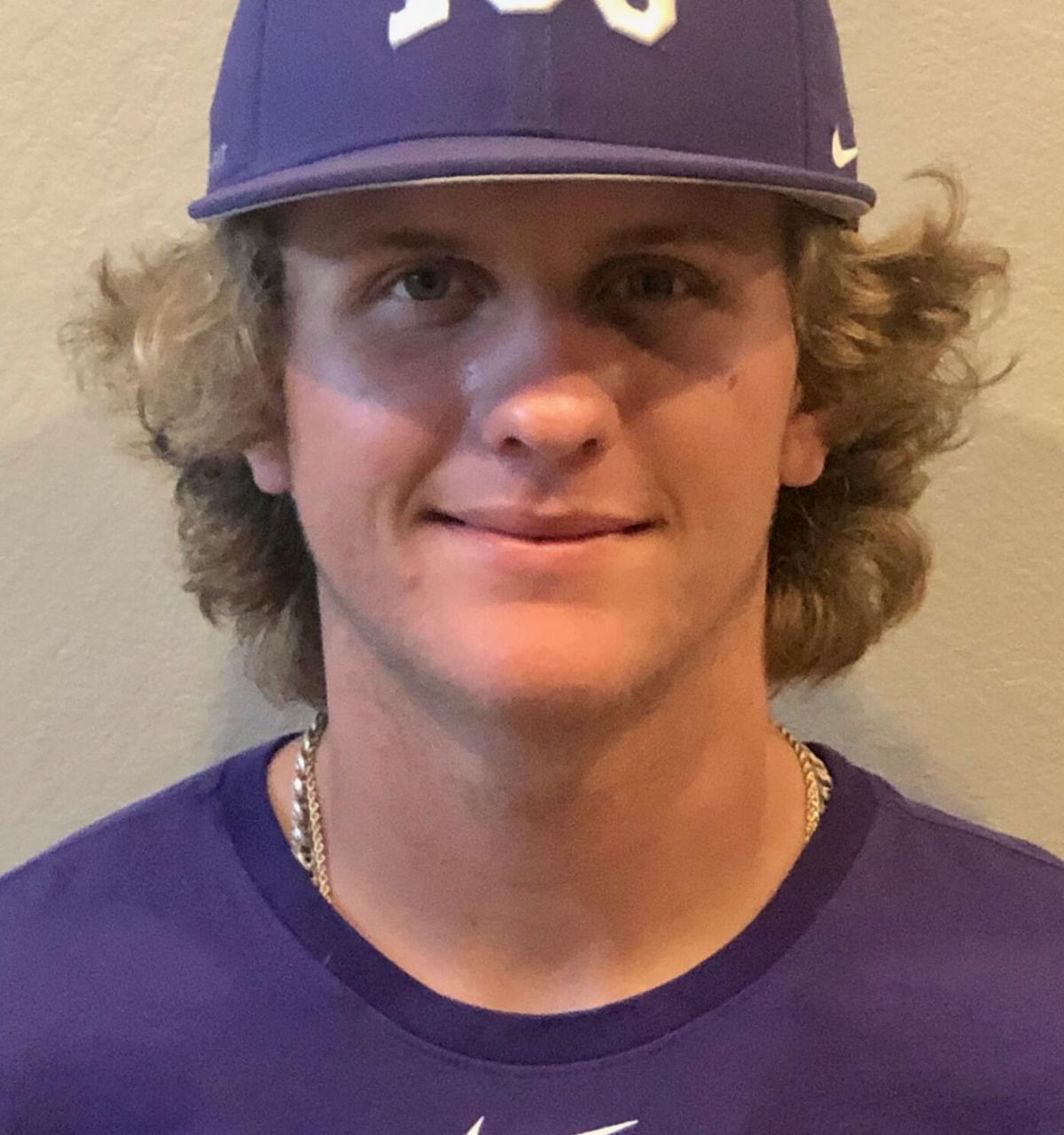 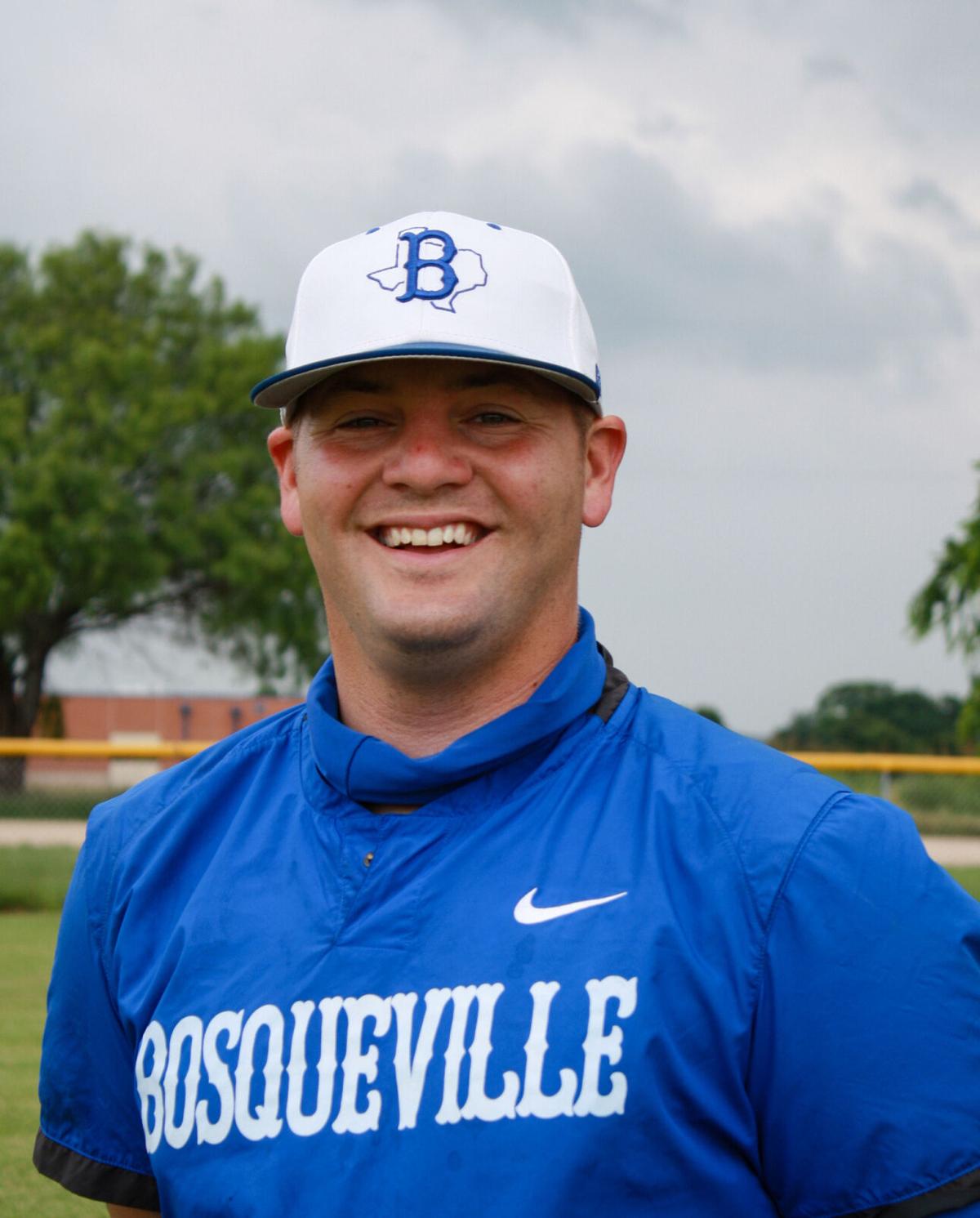 DAVID ANDERSON Bosqueville Guided the Bulldogs to a 35-4 overall record, the school’s fourth appearance in the state tournament.