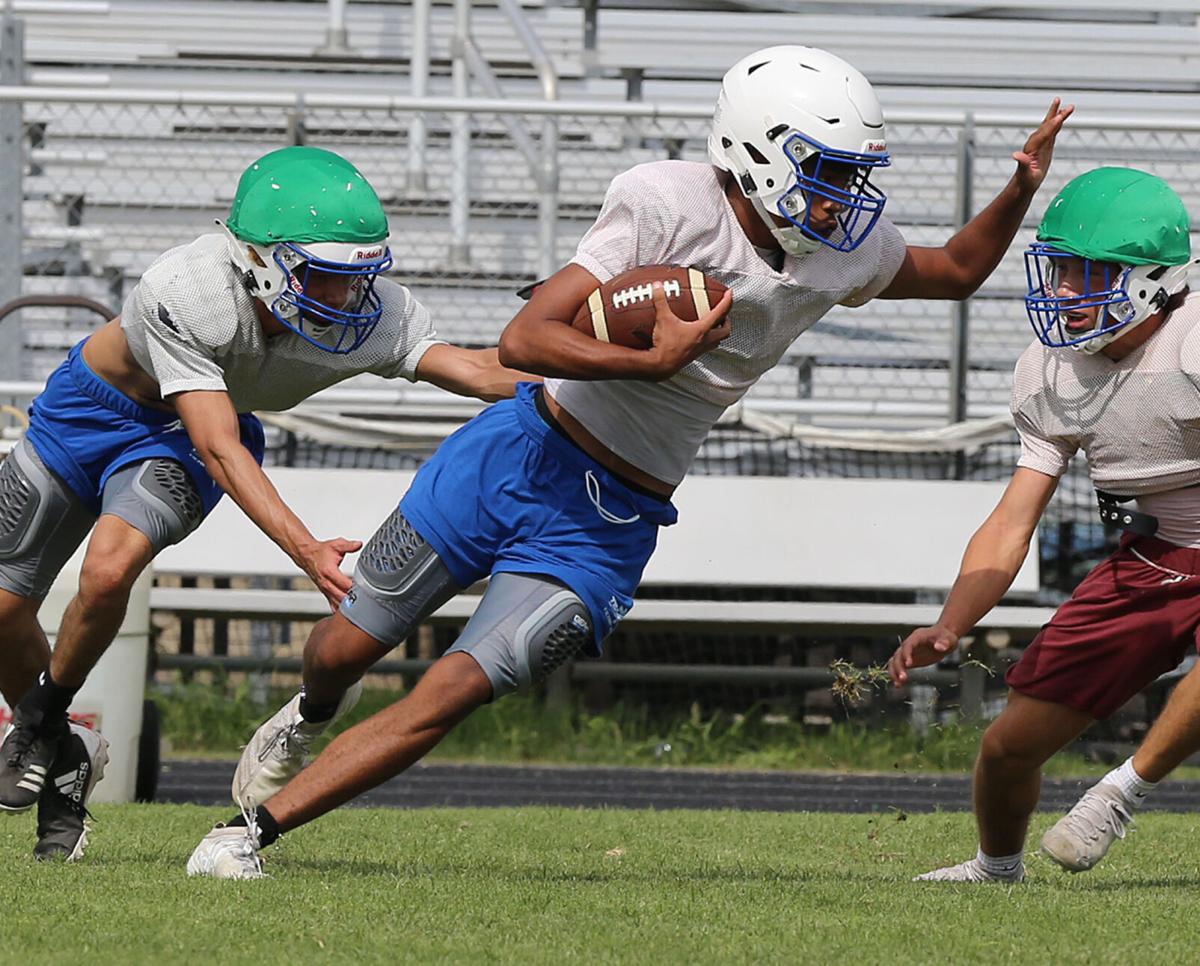 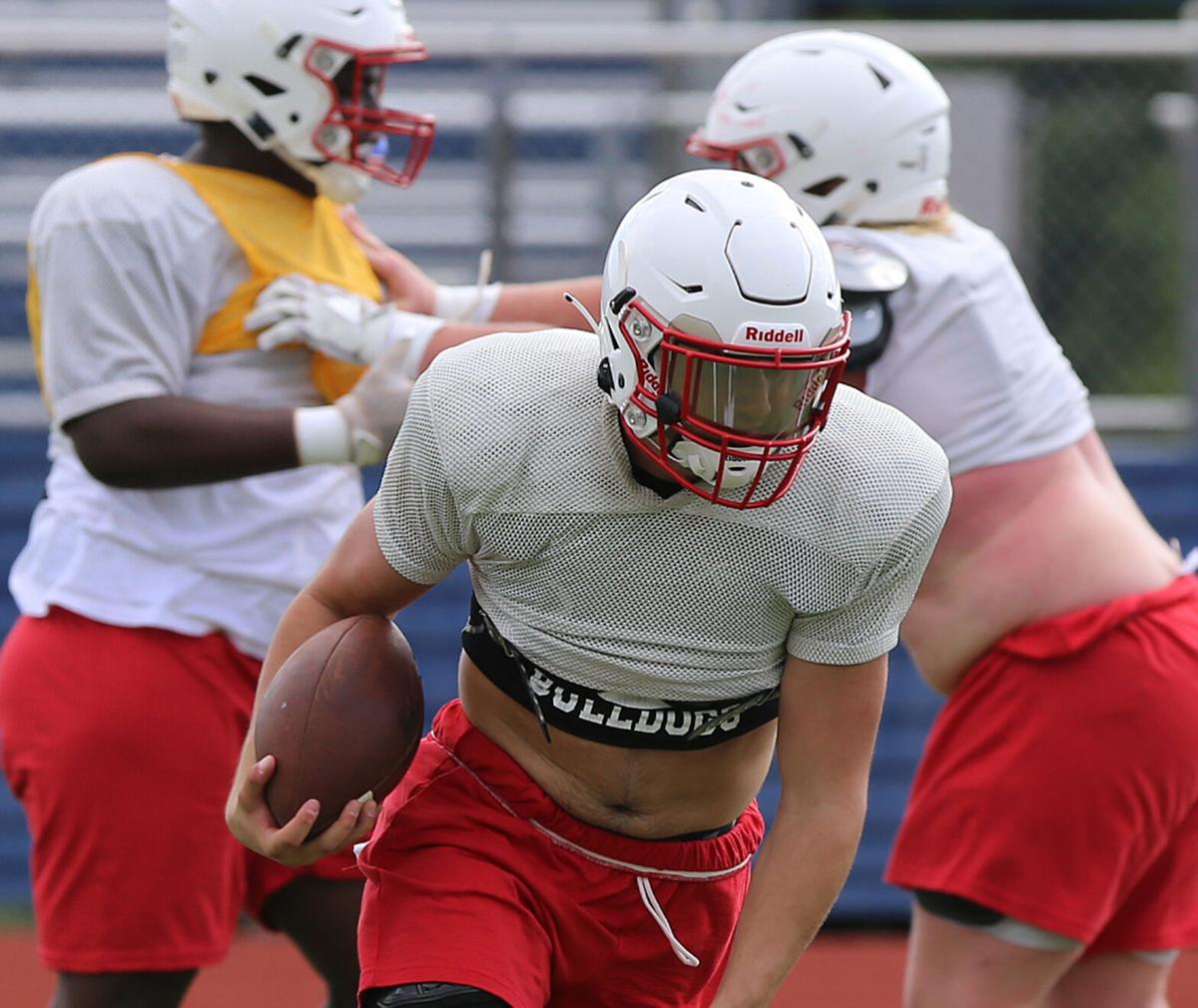 The Red team practiced Thursday morning for the Victory Bowl, which will be held at 10 a.m. Saturday at Midway's Panther Stadium. Both the Red and Blue squads were allowed five practices that began Wednesday.

For some players, it’s a transition to college athletics. For others, it’s a last chance to play the sport they love with other local athletes.

“We’ve been doing this for 13 years, and it’s definitely grown because of the number of people who have been involved,” said Victory Bowl organizer Ben Johnson. “What’s really cool is running into people in the community who have played or coached in it. You definitely want to try to give them all an opportunity to showcase the talents God has given them.”

Sponsored by the Heart of Texas Fellowship of Christian Athletes, Victory Bowl games will begin at 6:30 p.m. Friday with baseball and softball at Mary Hardin-Baylor. Saturday’s games will be hosted at Midway High School with football at 10 a.m. at Panther Stadium and volleyball at 3 p.m. at the high school gym.

Cheer squads will also be involved with a pep rally being held Friday at 3:30 p.m. at Midway Middle School.

“It’s a great atmosphere, and the biggest thing is knowing the influence we’re going to have on these kids,” said Whitney coach Mark Byrd, who will lead the Red football team. “A lot of these kids are going to walk out of here having played their last game this summer. Their coaches have had enough faith in them to represent their school and their county.”

The Blue football team will be led by Holland’s Brad Talbert, who is excited to get the chance to coach players he’s heard and read about. Among the Blue squad players will be Bosqueville quarterback Luke Bradshaw, Connally lineman Torii Pullen, Waco High receiver Remond O’Neal and University cornerback Darryl Thomas.

With five practices that began Wednesday, there has been no time for coaches to install intricate game plans.

“You just have to go back to the basics of football with common run plays and pass plays,” Byrd said. “You can’t be too intricate, but you want them to get a chance to do some things on their own as well. You see where they’re at come Friday. You’re going to have special players out there no doubt.”

China Spring’s Melissa Cole will be one of the Red team volleyball coaches, who will coach against Teague’s Ashley Montalvo and other coaches for the Blue squad. Cole likes the idea of putting together a team quickly and seeing how well the athletes perform together.

“It’s going to be fast and furious, but it’s very doable,” Cole said. “We had already planned our practices and drills we need to do to get the kids in the right places. I know a lot of the kids here are hard workers and they know how to get after it. I’m excited to get to know these girls and what they can do. Growing together will be a neat experience.”

Talbert has coached previously in the Victory Bowl, but is excited for a repeat experience. Besides there aren’t many other things he’d rather do.

“This is my second one to be a part of it, and I like meeting new kids, coaching football and being around other coaches,” Talbert said. “I don’t know how to fish or hunt or anything else. I just like to coach football.”

Numerous coaches have led Victory Bowl teams in different sports throughout the years.

“That’s one of our biggest goals when we started: Let’s get different coaches every year,” Johnson said. “Knowing now that we’ve done it this many years we’re going to have some repeaters. With our ministry’s vision and mission, we want to try to connect with every coach that we can. From Class 6A to 1A and the TAPPS level, we want to get them engaged in this.”

The Red team practiced Thursday morning for the Victory Bowl, which will be held at 10 a.m. Saturday at Midway's Panther Stadium. Both the Red and Blue squads were allowed five practices that began Wednesday.