Waco High, Temple set to square off in one of area's oldest rivalries
0 comments
Share this
{{featured_button_text}}
1 of 2 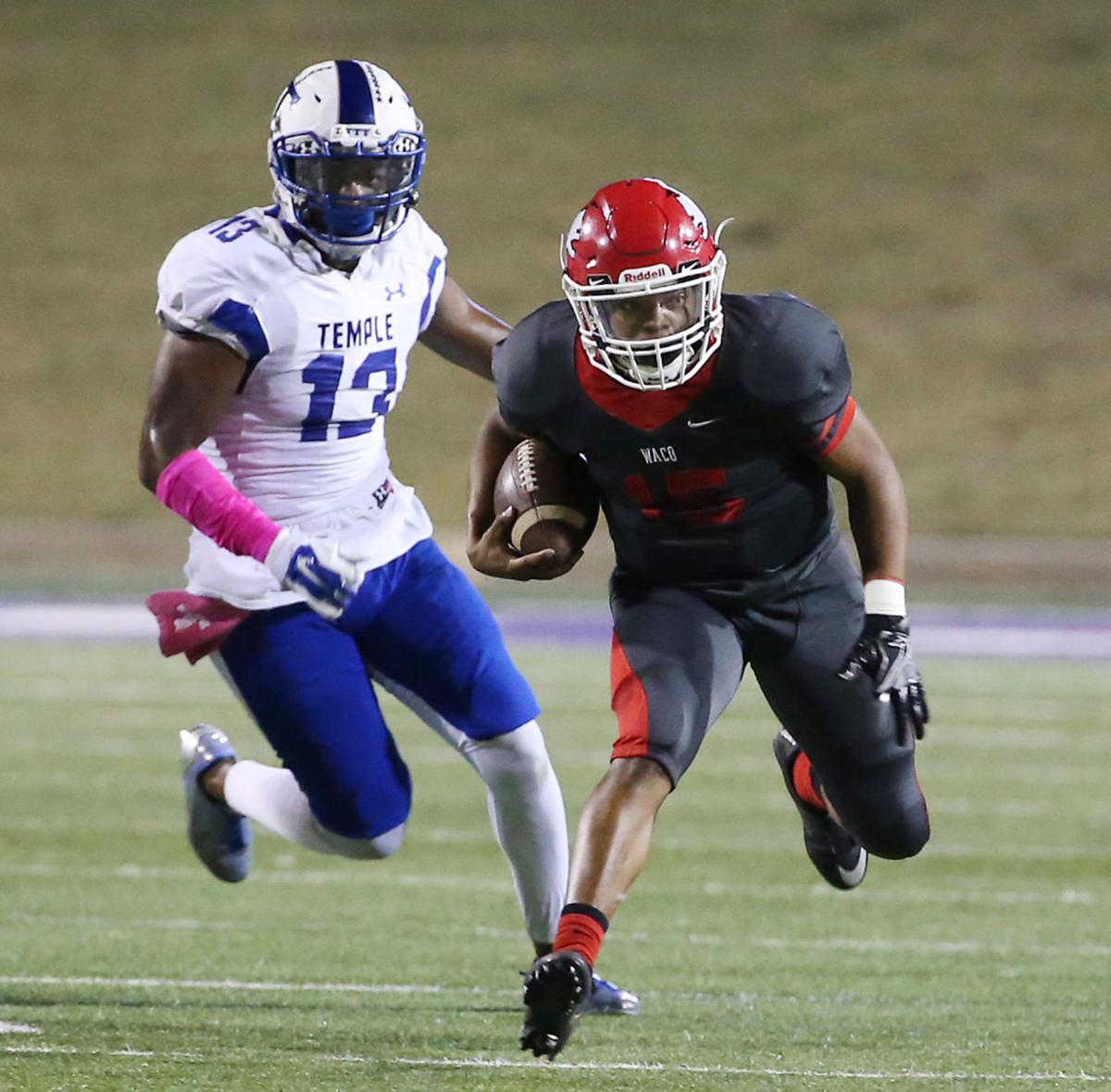 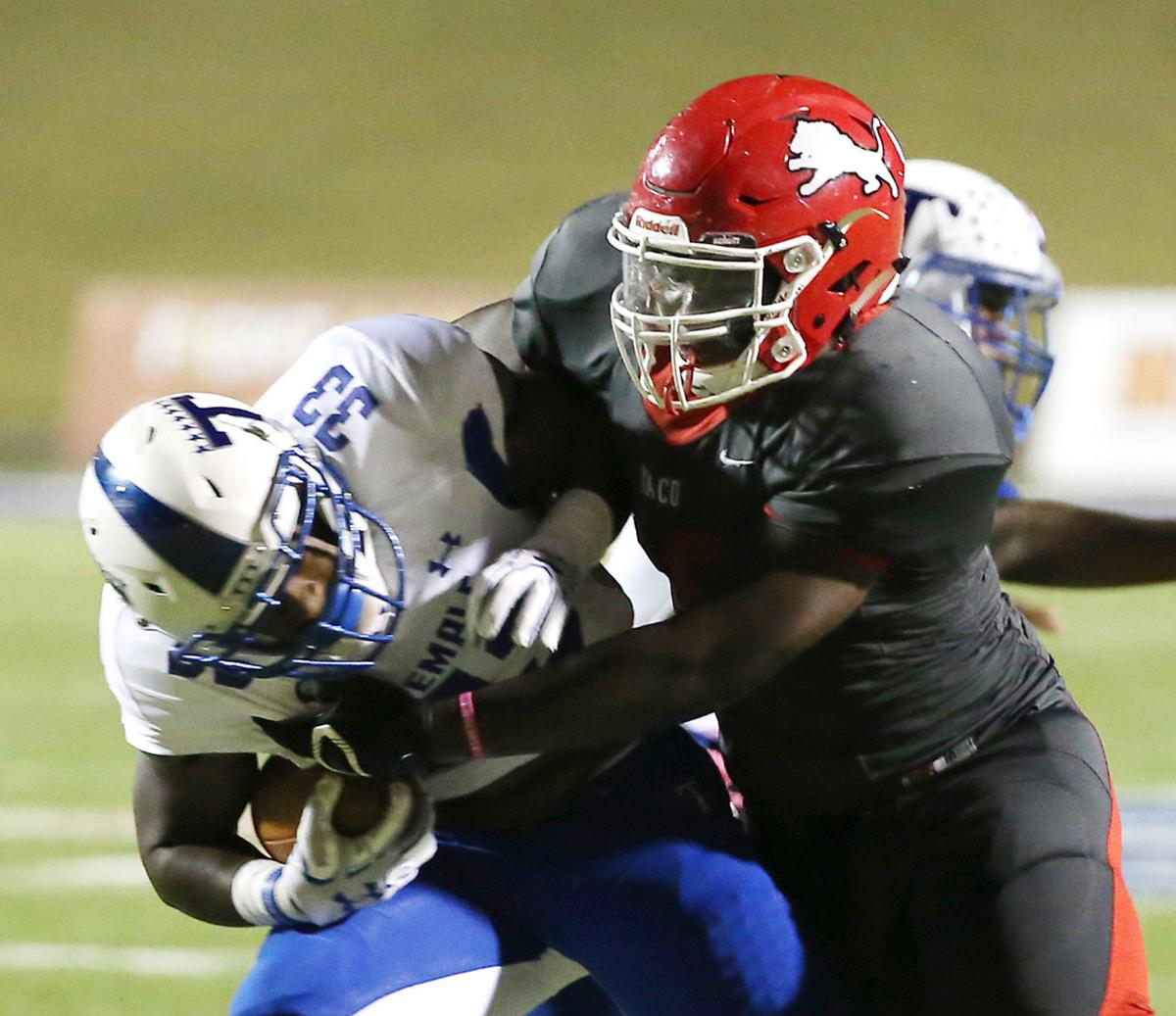 Johnny Tusa remembers what the word on the street was when he took over as head coach at Waco High in 1986. We don’t care what you do as long as you beat Temple.

His first contest against the Wildcats, Waco High tried a field goal late and lost 29-28. It was the only game the Lions lost, Tusa recalls. But that next match-up against Temple in 1987 is one he will never forget.

“We went down there and we won in Temple,” Tusa, now the Waco ISD athletic director, said. “I remember that night because my daughter, the youngest, was only 1 year old. She took her first steps on that field after the ball game. That was a memorable night for me. We not only won the game, but that’s where my daughter took her first steps. It was a special night.”

Tusa continued as head coach of the Lions until he retired after the 2008 season. He finished with a 181-81-2 record at Waco High. Against Temple, Tusa and the Lions went 15-5.

“You could always count on Temple having a first class football team,” Tusa said. “During the years of (Temple head coach) Bob McQueen and the guys who followed him, Temple was a very proud football type community. Then you add on the proximity to Waco, going back to when Temple and Waco battled annually and all that. That’s lost on this current generation.”

“People around the community remember those days when it was the old Waco Tigers and the Temple Wildcats,” Tusa said. “Of course we’ve since added schools and done things since then. Temple has remained the only school in town. Anytime you have a one-school town you have a lot of tradition. This all goes back a long way. They have a great following. People there are ingrained and dyed in the wool to support that program.”

Tusa coached against Temple nearly every year of his career at Waco High, except the final three seasons (2006-08). That came after the UIL district realignment in 2005 when the Lions dropped down a class.

It wasn’t until 2014 when rivalry booted back up again. That was the third year into Marty Herbst’s time as head coach of the Lions. He’s in his fifth season as head coach now and has been with the Waco High program for 25 years. Herbst’s favorite memory against the Wildcats happened in 1994.

“Margin Hooks went back to field a punt three yards deep in the end zone,” Herbst said. “We were telling him to kneel it, kneel it, kneel it, kneel it. He took off. We were saying no, no, no, no. About that time, he broke free and returned it 103 yards for the touchdown. We won the game. We were both really good that year. We came up and won that game by just a few points (14-7).”

It should be no different this season.

“This goes back for years and our fans are well aware of that,” Herbst said. “We’ve had some great battles the last few years. Some of them have come down to the last possession. Waco has come up on the short end quite a few of those times. Waco is aware of that and hopes to do something about it this year.”

“Temple, I’ve seen them play University out here,” Tusa said. “They really have a strong offensive team. They have a lot of speed on offense. Their quarterback is very accurate with passing. They have a great team. By no happenstance they played in the state championship game last year. That extra six games and that experience is always valuable for the team that follows.”

Waco High is more of a run-based team behind Terrance Hamilton who has 108 carries for 673 yards and six scores. Quarterback Jaylen Harris has carried the ball 68 times for 318 yards and five touchdowns.

Through the air, Harris has completed 27 of 69 passes for 521 yards and seven touchdowns. Quinn Williams leads the receiving corps with eight catches for 245 yards and 2 scores.

“It’s the same old cliché,” Herbst said. “It will all come down to blocking and tackling. If our kids are in the right place like we coach them to be and we’re able to make the tackle or the block, then we’ll be able to win the game and vice versa. We’re two explosive teams both capable of winning the game. The team that executes better will more than likely win the game.”

Added Tusa: “I think it will be a highly contested contest. Waco High has lots of speed. It’s going to be a matter of who can make the fewest mistakes and who can capitalize. It’s notoriously been a hard fought and a highly contested ball game.”

'That game lived up to the hype': Midway ready to take on Belton after last year's thriller

This one could, once again, be for all the marbles. Just like last year.

In 2006, Mike Hicks scored his fifth touchdown of the game with eight seconds left to tie things up at 40 before the extra point sealed the vi…

Tommy Brashear never lost the bell while he was on the Cameron Yoe varsity football team. He still remembers lining up against Rockdale in the…

Rivalries under the Friday night lights are never to be taken lightly. I went to Olney High School. And I still don’t like Holliday.