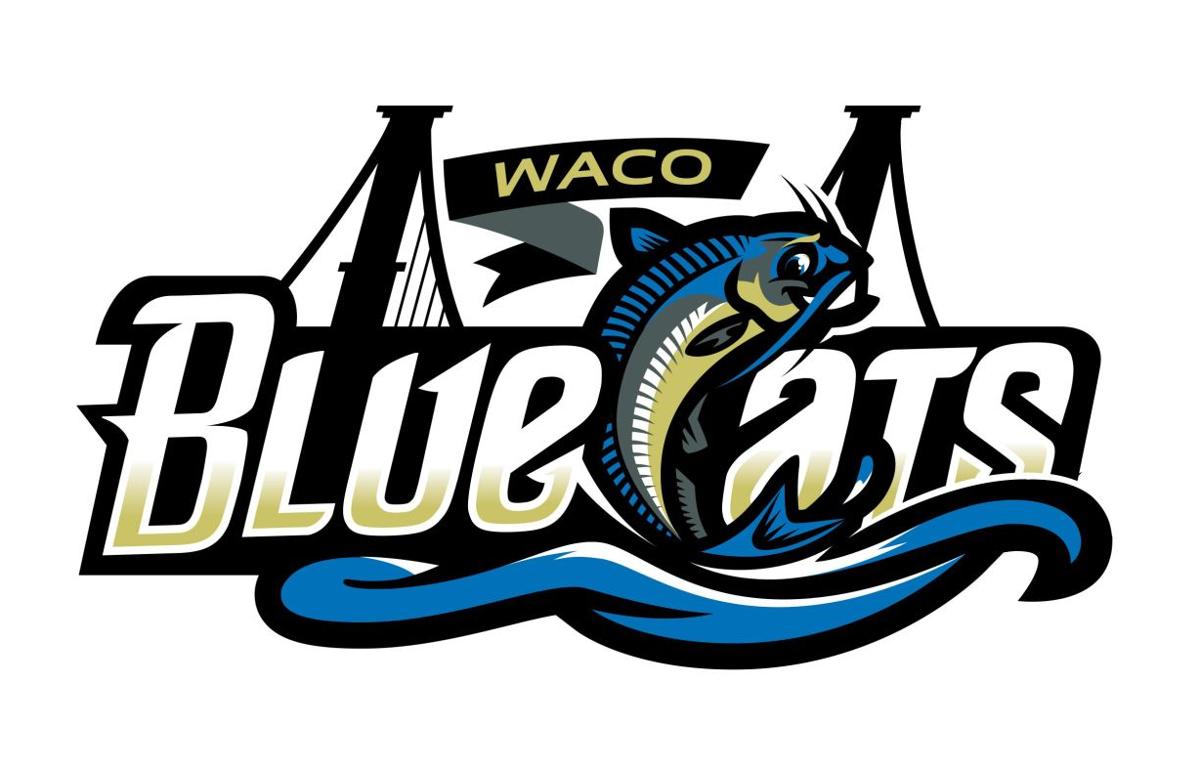 The name and logo for BlueCats, Bellmead’s Southwest League of Professional Baseball team, was decided on from over 700 different submissions. BlueCats are a nod to the largest species of North American catfish, popular in the Brazos River and Lake Waco. 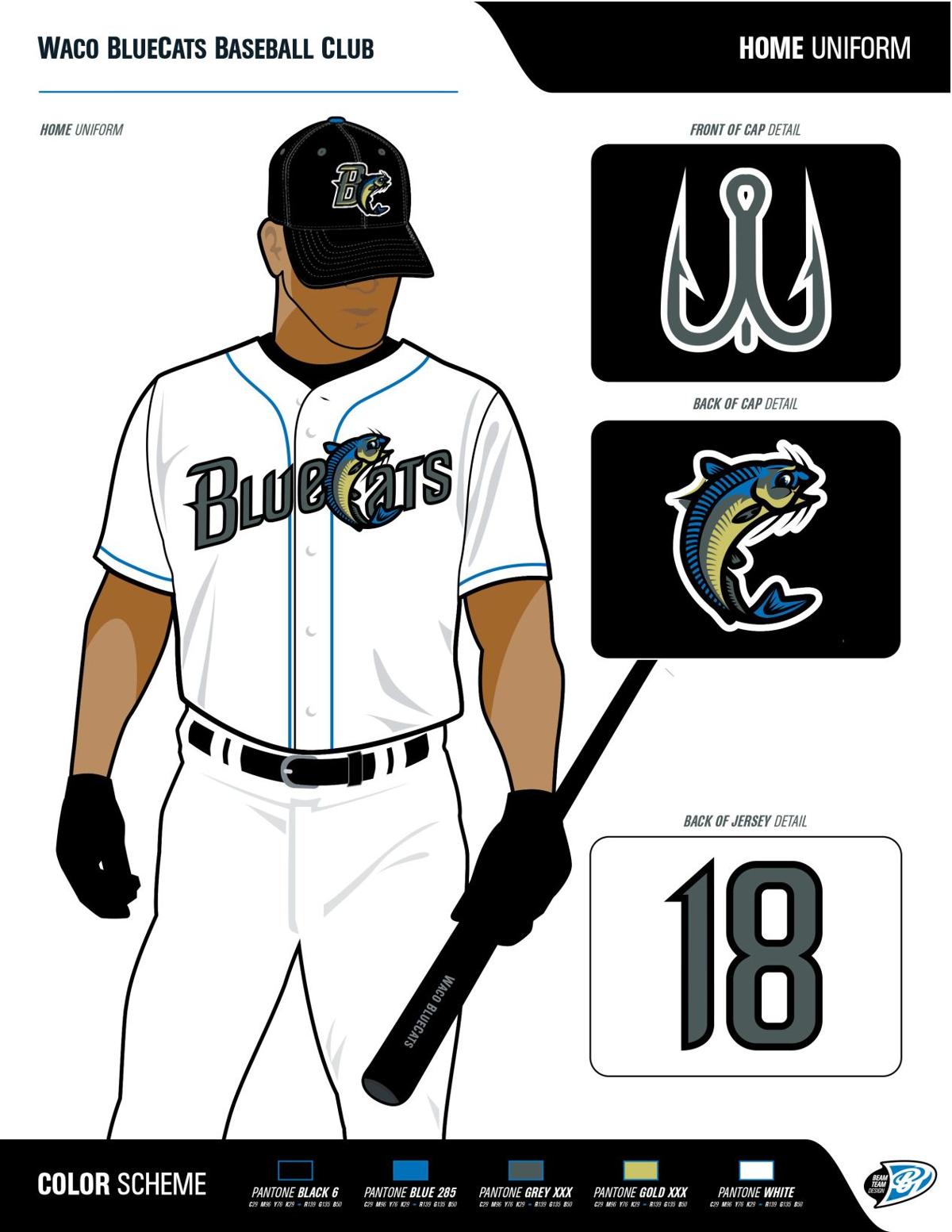 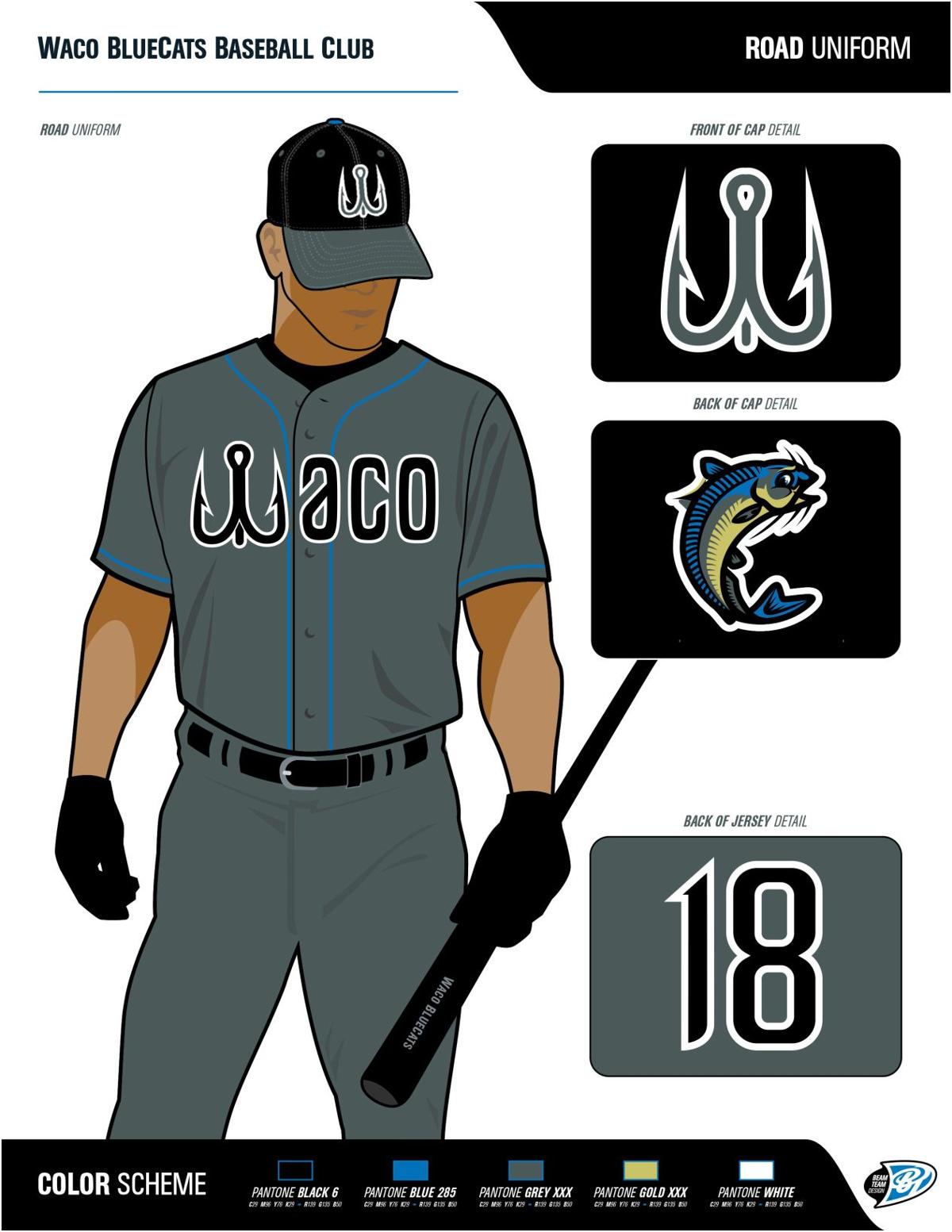 The road uniform for the BlueCats. 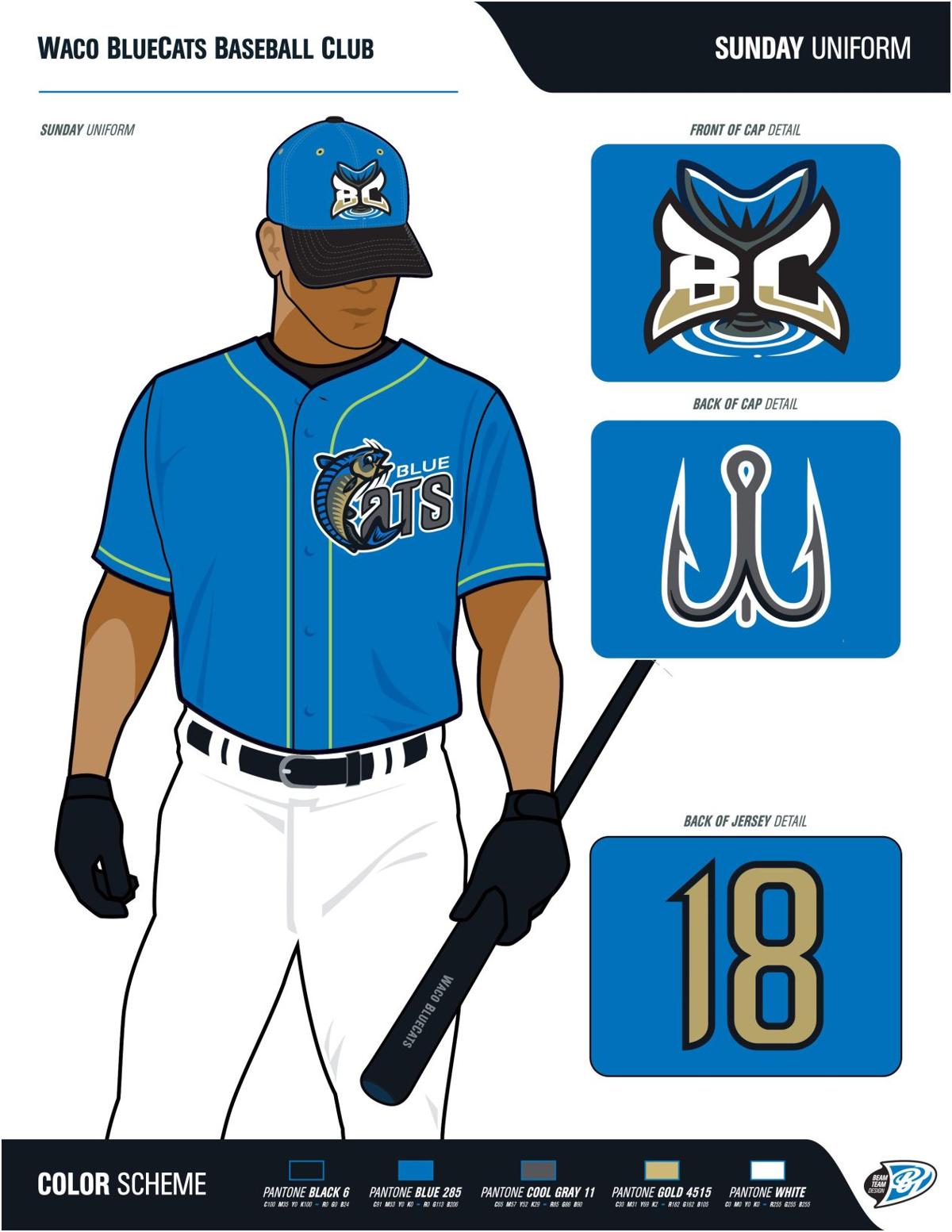 The alternate uniform for the BlueCats.

The Southwest League of Professional Baseball has announced that the new professional baseball franchise coming to Bellmead will be known as the Waco BlueCats. That mascot name received the majority of votes from more than 700 different submissions, league officials said.

The BlueCats are a nod to the largest species of North American catfish, a popular choice for anglers who fish the Brazos River and Lake Waco. According to a team press release, Blue Cats are “heavy-bodied fish that are bluish-gray in color, have barbels, a dorsal hump, a deeply forked tail and an intimidating, protruding upper jaw.”

“We love the name and the logo,” SWL president Mark Schuster said. “The chosen name met all the three criteria for selection, including the name having some tie to the Waco market, the nickname being unique to professional baseball team names, and it’s a name that kids will embrace.”

Waco’s Steve Fischer submitted the winning name, and as such won lifetime season tickets for the new team’s games. Interestingly enough, it’s not even the first time that the Fischer family has won a name-the-team contest. His grandfather, Bill Neder of Houston, won a contest to name the Houston Colt .45’s prior to the 1962 season, Fischer said. The Colt .45’s later became the Houston Astros.

Blue and gray colors dominate the team logo and uniforms. The BlueCats introduced three different uniform combinations on Tuesday – home, road and Sunday uniform designs. The home uniforms are white with blue piping, while the caps are solid black emblazoned by a gray “BC,” with the body of a catfish forming the “C.”

The road uniforms are gray with blue piping and the jerseys feature “Waco” across the chest rather than the mascot name. The lettering is black, and the “W” in Waco is formed by a treble fish hook. That same hook “W” adorns the black hats, which feature a gray brim.

The Sunday uniforms, meanwhile, pick up the bright blue that served as the piping for the other jerseys and use it the dominant jersey color. The BlueCats mascot name adorns the left chest of the jersey, and the hats are blue with a black brim and the “BC” letters flanking a catfish’s tail.

More than 1,800 people submitted names in the contest, with some entries duplicating others. In October, team officials narrowed the choices to five finalists — the Woolies, Mammoths, Peppers, Grackles and BlueCats.

“We’re thrilled to have the community so engaged in the process of choosing the name, after a 60-year absence of professional baseball (in Waco),” said BlueCats field manager Stan Hough.

Beam Team Design, a design firm based in the Dallas-Fort Worth area, created the team colors, uniform design and logo. The firm specializes in branding and graphic design.

The BlueCats are scheduled to begin play in April 2018. They’ll play at The Ballpark at Bellmead, an $11 million multipurpose stadium to be built off Loop 340 in Bellmead, near the Skate Country roller skating rink and a short drive from I-35.

Southwest League teams will play a 112-game schedule, with 56 home games and 56 on the road.

It’s been 60 years since Waco had a professional baseball team to call its own, and the wait looks to be ending.

The name and logo for BlueCats, Bellmead’s Southwest League of Professional Baseball team, was decided on from over 700 different submissions. BlueCats are a nod to the largest species of North American catfish, popular in the Brazos River and Lake Waco.

The road uniform for the BlueCats.

The alternate uniform for the BlueCats.