TOKYO — The second-place score the U.S. women’s gymnastics team earned in Sunday’s qualifying competition won’t carry over to the team final on Tuesday. But the Americans can’t allow their awkward missteps and crashes to carry over either.

A team that was considered head and shoulders above their rivals didn’t look invincible in the qualifying round, which determined competitors in the team, all-around and event finals. Incoming UCLA freshman Jordan Chiles, so steady and sharp all year, stumbled through a nightmare that included falling off the balance beam and — after she had hopped back on — nearly wiping out on her dismount. Even Simone Biles, who is trying to repeat as Olympic all-around champion and add to her five-medal haul from the 2016 Rio Games, fell victim to the lapses that afflicted most of her teammates.

Biles bounced off the mat platform during her floor exercise routine and stepped off to the side in landing the first of her two vaults. Her grimace after the wayward vault said it all, but that wasn’t her last mishap: she couldn’t harness the power of her dismount from the balance beam and stumbled, earning the seventh-best score in the event in which she won a bronze medal in Rio.

Most of what Biles does is unprecedented in a good way. This wasn’t.

Forster may be best remembered for saying after the U.S. Olympic trials he didn’t think the team’s medal chances would “come down to tenths of a point in Tokyo” because “our athletes are so strong.” That was his justification for choosing the top four all-around finishers at the trials for the team and selecting MyKayla Skinner for a separate spot as a specialist instead of building strategically around individuals’ strengths. Jade Carey had earned an event specialist berth through her World Cup competition results.

Those tenths of a point suddenly loomed large after Skinner outperformed team member Grace McCallum on vault, balance beam and floor exercise — but Skinner’s scores didn’t count for the U.S. because she was an individual competitor.

The team known as the Russian Olympic Committee (ROC) qualified first with 171.629 points, followed by the U.S. at 170.562. China was third at 166.863. The Americans had the top team score on vault, with the Russian athletes taking top honors on the uneven bars and floor exercise, and the Chinese women scoring highest on balance beam.

Lee, the first American of Hmong heritage to make the Olympic team, reached the uneven bars final as well with the second-highest score, earning 15.200 for a dazzling routine that omitted some of the tough moves in her repertoire. Lee also made the balance beam final with a score of 14.200, ahead of Biles’ 14.066. Carey reached the finals on floor exercise and vault, and had the ninth-best all-around score but didn’t advance to the 24-woman final because there’s a limit of two gymnasts per country in each event.

Skinner had the fourth-highest vault score, behind Biles, Carey and Andrade, but Skinner also lost out to the two-per-country rule. An alternate on the 2016 U.S. team who excelled at the University of Utah before returning for one more shot at the Olympics, Skinner was splendid in a difficult role. “Heart broken [broken heart emoji] but feeling sooo humbled and blessed for the amazing performance I had tonight!” she said on Twitter.

The American women didn’t stop in the interview area, most walking past reporters with their heads down. Biles told the Olympic Broadcasting Services she felt the team had done “a pretty good job.” She added, “Obviously there are little things we need to work on, so we’ll go back and practice and work on that, just so we can do our best performance at team finals because that’s what matters.”

Despite the team’s subpar performance Sunday, Forster said he didn’t regret the roster decisions. “Not at all. I just want to re-emphasize that if anybody out there complained that USA Gymnastics only thought about medals that was not the point,” he said. “We did not make decisions over a couple of tenths for another medal. We went on rank order because we thought it was a good order. I still feel good about it.”

Will he change his tune Tuesday? He said most of the mistakes committed Sunday were mental and are correctable. “This is not the finals,” he said. “This is getting into the finals, so this might be a great awakening for us and we’ll take advantage of it.”

For two other noteworthy gymnasts there will be no more competition.

Former UCLA Bruin Danusia Francis, representing Jamaica, performed a few maneuvers on the lower of the uneven bars before a torn ACL led her to halt, bow and retire. “I’m an Olympian. I can finally say it,” she said with a brilliant smile. And 46-year-old Oksana Chusovitina, wearing the number eight on the front of her leotard for the number of Olympics in which she competed, received a standing ovation from athletes, coaches and officials in Ariake Gymnastics Centre after she performed the last vaults of her exceptional career.

Chosivitina, a two-time Olympic medalist, didn’t reach the event final but she made her mark on gymnastics. If the Americans can find their footing Tuesday they can leave their own mark, and in a better fashion than they did Sunday.

Hot Or Not: Justin Fields will be next rookie QB to get first career win?

Get the latest in your inbox!

We're delivering updates and highlights on the Summer Olympics daily to your inbox, including What to Watch, live coverage, schedules and medal counts. 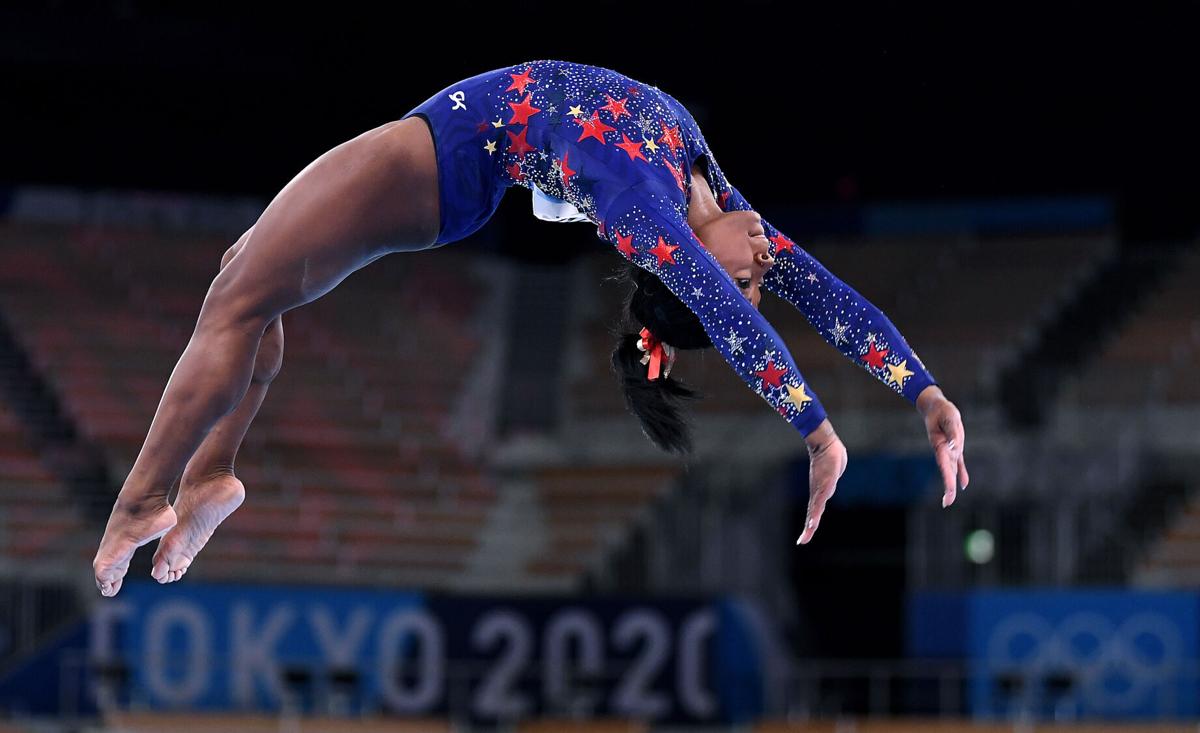 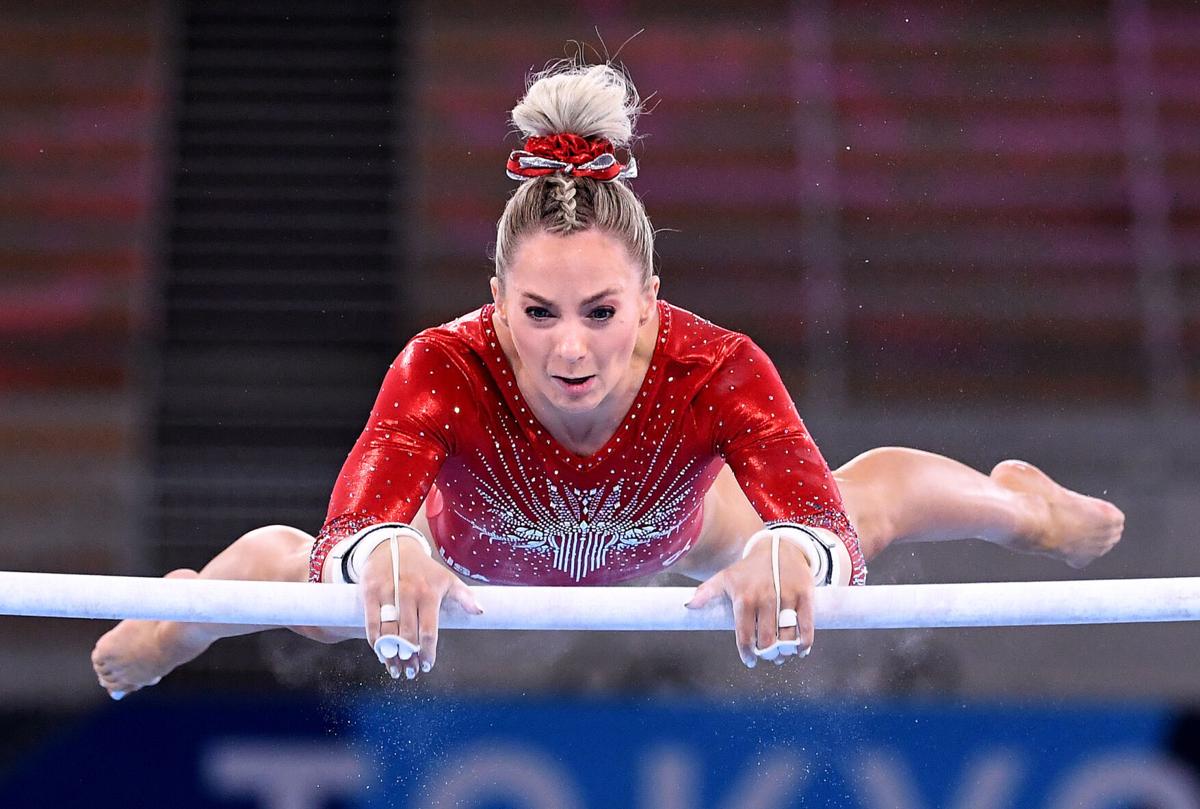 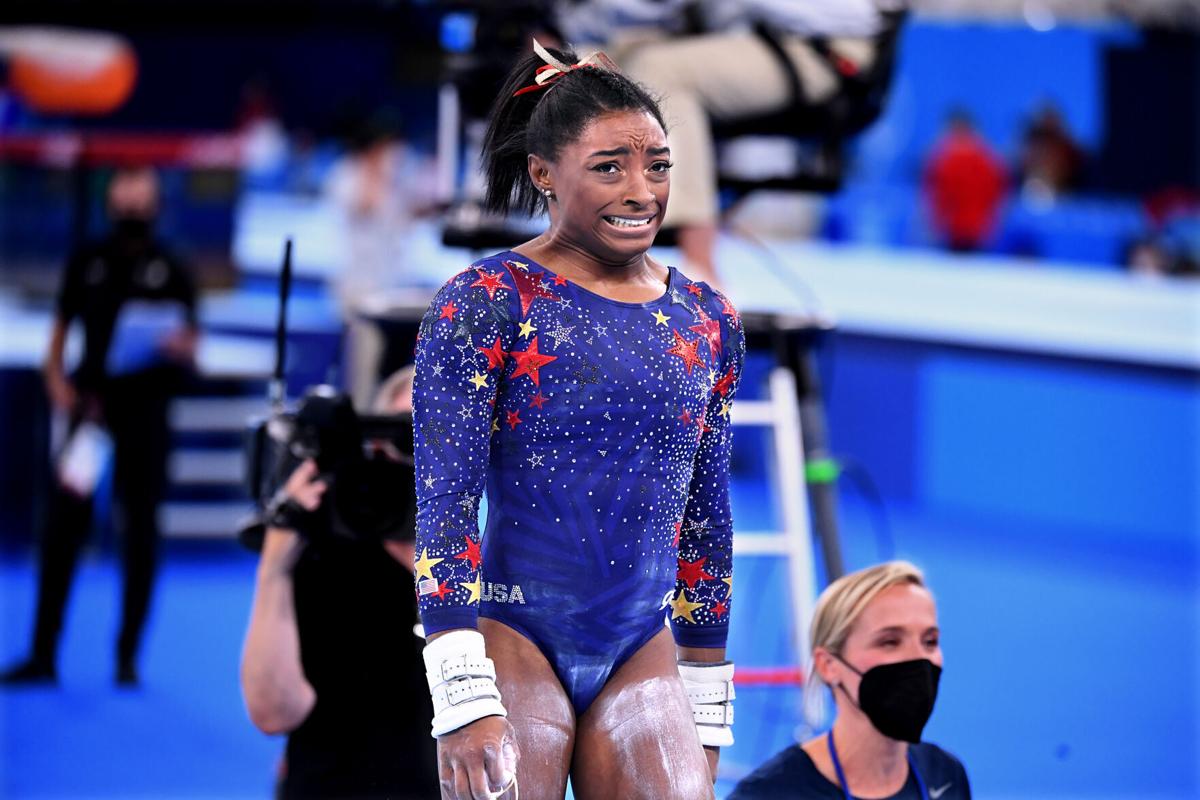