When the Texas Rangers moved to Arlington in 1972, it was a time to rejoice for me and my friends in Copperas Cove.

Most of us were Houston Astros fans, but heck the Rangers were in the American League. So it wasn’t exactly a conflict of interest.

A couple of years later, I got my driver’s license, so a 2½-hour drive to Arlington Stadium cut some time off a 3½-hour drive to the Astrodome (although we did both). With gas prices hitting 53 cents per gallon in 1974, I wanted to get the most out of my gas guzzling 1968 Ford Fairlane.

We never really expected the Rangers to be good since they had formerly been the Washington Senators, but we didn’t really care. A chance to see our baseball cards come to life was all the motivation we needed as stars like Reggie Jackson, Rod Carew, Brooks Robinson and Jim Palmer came to Arlington to play the Rangers.

Some of my early favorite Rangers were slugger Jeff Burroughs, catcher Jim Sundberg and pitcher Fergie Jenkins. Al Oliver could bash the ball around the park. I even liked the off-the-radar guys like Roger Moret, who once went into a catatonic trance on the field.

Those guys and the many Rangers following them are being celebrated as part of the club’s 50th anniversary this season.

There are some throwback uniform days, street banners outside Globe Life Field, commemorative posters and bobbleheads. Numerous players came back on the April 15 weekend to celebrate the 50th anniversary of the Rangers’ first game against the Angels, including starting pitcher Dick Bosman.

I’ve been thinking about Rangers’ history, the memorable games, and my favorite players throughout the years. Not exactly the New York Yankees level of success, but I always had a lot of fun going to all three of their ballparks, and even catching them on the road occasionally.

1. Nolan Ryan’s seventh no-hitter: One of the greatest moments in MLB history, Ryan broke his own record for career no-hitters in a masterful performance against the powerful Toronto Blue Jays on May 1, 1991. The 44-year-old Ryan struck out 16 batters in a 3-0 win that was the first no-hitter ever for a Rangers pitcher at Arlington Stadium.

2. Game 6, 2011 World Series: A painful memory for Rangers fans as the St. Louis Cardinals rallied for a 10-9 win in 11 innings to tie the Series before going on to win Game 7. I can still see David Freese’s screaming line drive triple past Rangers outfielder Nellie Cruz at the right-field wall that sent the game into extra innings.

3. Game 6, 2010 American League Championship Series: After 38 years in Arlington, the Rangers finally broke through to the World Series with a dominating 6-1 win over Alex Rodriguez and the New York Yankees. Cruz blasted a two-run homer and Vladimir Guerrero drilled a two-run double. One writer quipped: “(Rangers owner) Tom Hicks was right. Texas did win a pennant with A-Rod on the field.”

4. David Clyde’s MLB debut: Just 20 days after graduating from Houston Westchester High School, David Clyde made his starting pitching debut against the Minnesota Twins on June 5, 1973. The first home sellout in Rangers’ history drew national attention as Clyde allowed just one hit and struck out eight in five innings in the Rangers’ 4-3 win.

5. Kenny Rogers’ perfect game: On July 28, 1994, Rogers threw the 14th perfect game in MLB history in a 4-0 win over the Angels at the Ballpark in Arlington. Rogers needed just 98 pitches and survived three three-ball counts to spin his masterpiece.

1. Nolan Ryan: No Ranger is more legendary than Ryan, who showed he still had unparalleled stuff in his 40s as he threw his last two no-hitters against the A’s and Blue Jays. Robin Ventura learned it’s not a good idea to charge the old fella on the mound as Big Tex’s legend grew even larger.

2. Pudge Rodriguez: Watching one of the five best catchers in MLB history was a real treat. Pudge hit .304 and collected 1,747 of his 2,844 career hits with the Rangers, somehow withstanding the overbearing Texas heat night after night.

3. Adrian Beltre: Already a star with the Dodgers, Mariners and Red Sox before coming to Texas, Beltre was a key player on the Rangers’ 2011 World Series team. A premier third baseman, Beltre hit .304 with 199 homers in eight seasons with the Rangers before retiring following the 2018 season.

4. Michael Young: A study in perseverance, Young was a superb shortstop who played on some bad Rangers teams before helping them reach the 2010 and 2011 World Series. He’s the team’s career hits leader with 2,230.

5. Al Oliver: Though Oliver only played for the Rangers from 1978-81, he was a hitting machine whose .319 average is the best in club history for a player with 500 or more games. In 1980, he collected 21 total bases in a doubleheader against the Tigers with four homers, a triple and a double.

Of course, there have been a lot more notable Rangers hitters than pitchers. But even sluggers go through slumps.

I remember once when Rangers career home run leader Juan Gonzalez was struggling, a caller to the postgame radio show remarked: “I wouldn’t trade a ’72 Impala for Juan Gonzales right now.”

To which my brother-in-law responded: “I didn’t know the Rangers were in the market for a ’72 Impala.”

Oh well, it’s hard to please everybody. But the Rangers have given me a lot of fun times and great road trips to Arlington over the last 50 years. 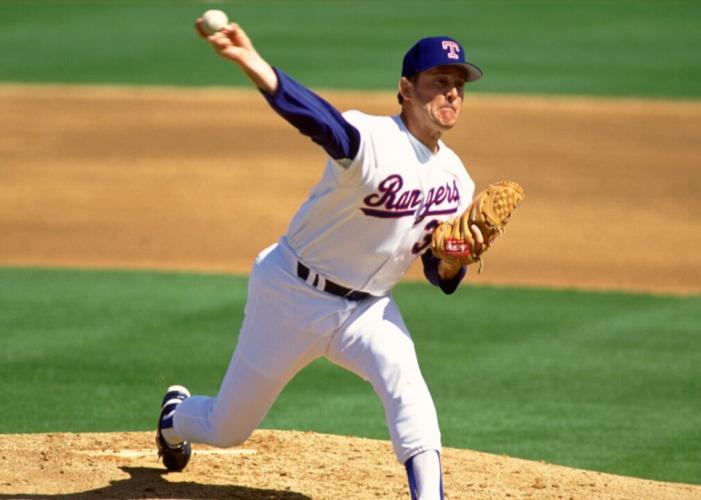 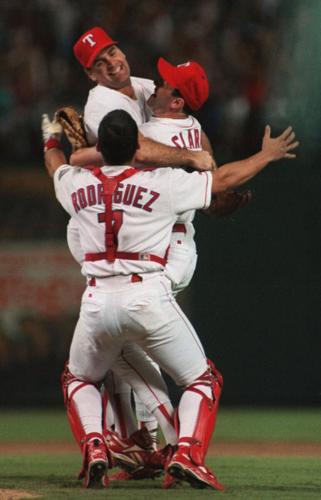