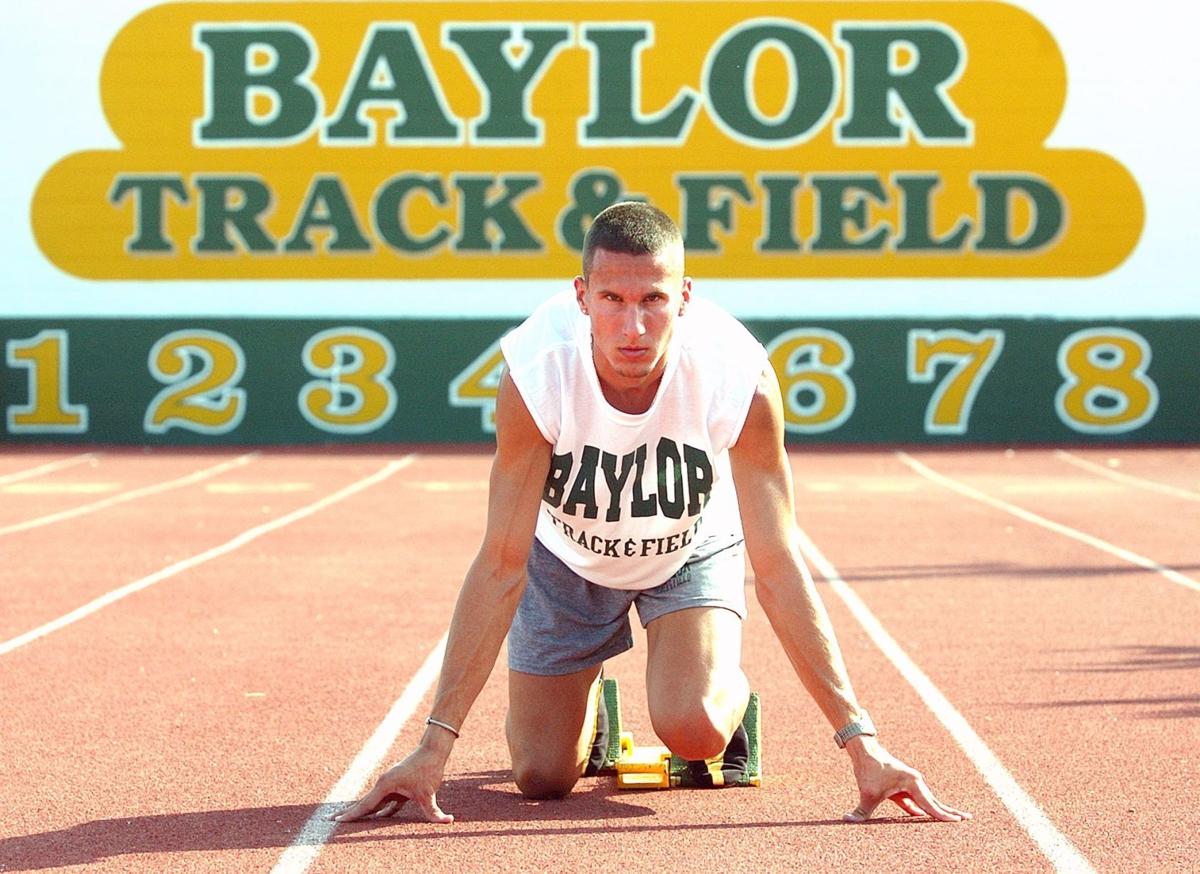 Jeremy Wariner is an NCAA champion, world champion and Olympic gold medalist. He was originally recruited by Baylor to play football. 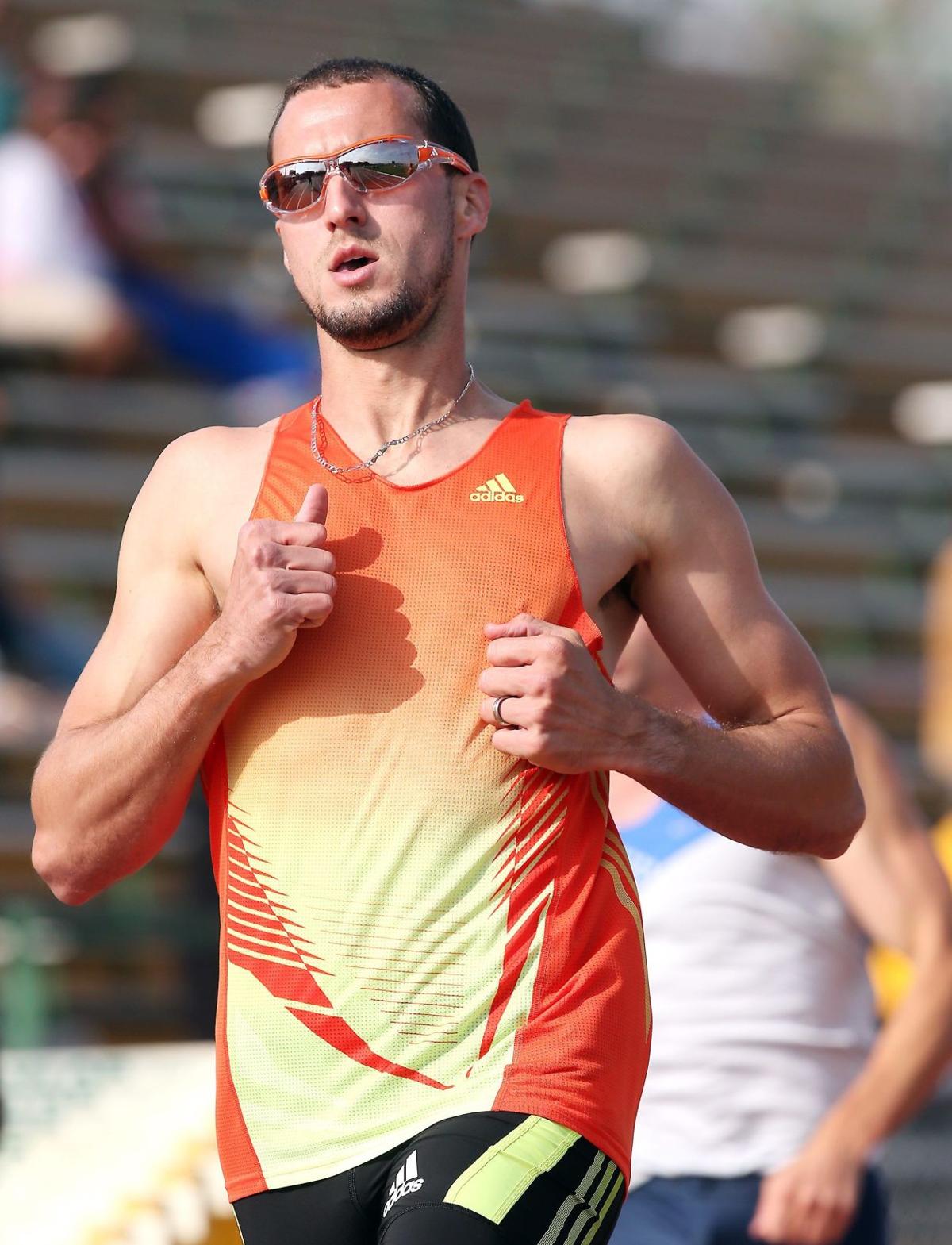 Imagine if Picasso had never picked up a paintbrush, or if Elvis had never found his way to the microphone. That would have been the equivalent of a world without Jeremy Wariner running track.

It could have happened. Wariner was actually first recruited by Baylor in football, as he had gained a reputation as one of the state’s top wide receivers at Arlington Lamar.

Baylor’s track coaches really, really wanted Wariner, too. And they weren’t particularly crazy about the idea of sharing him with the football program, because those football-track pairings don’t always work out well for the track team.

Ultimately, Kevin Steele pulled Wariner’s scholarship offer, and by the time new coach Guy Morriss came on board Wariner was set on pursuing track. Thus, the world was not deprived of one of the fastest quarter-milers in history.

“Things happen for a reason,” said Wariner, who will be inducted into the Texas Sports Hall of Fame Thursday in Waco. “When I was not awarded a (football) scholarship, I knew it happened for a reason. I enjoyed the opportunity Baylor gave me in football, but I was also excited about what track might hold. If I could go back and re-do it all, I wouldn’t change my decision at all.”

His decision to chase times instead of fade passes has resulted in one of the most successful careers one could want. Wariner is a multiple NCAA champion, world champion and Olympic gold medalist, and owner of the third-fastest 400-meter time ever recorded at 43.45 seconds.

And all for doing what came naturally to him – zipping around in circles.

“I was a hyper kid,” Wariner said. “I was always running around, annoying my brother and sister. Just being a typical boy.”

Wariner began to channel much of that exuberance into sports by age 4, taking part on soccer, baseball and basketball teams. He started playing football in junior high, but was a relatively late bloomer when it came to track.

He couldn’t keep his eyes off the tall, skinny kid who kept running past his DBs, and invited Wariner to join the track team.

“It was my sophomore year and he asked me what I was doing in the spring. I said, ‘Well, last year I played baseball,’” Wariner said. “He said, ‘Why don’t you come out and run for me?’ I thought, ‘Yeah, OK, I’ll give it a shot.’”

In Wariner’s first 400-meter race of his life, he recorded a time of 50-flat. Not a bad debut. He also picked up a nickname that follows him to this day.

“We had a guy at Lamar, Reggie Harrell, who ran the 110 hurdles and later played football at TCU and for the Cowboys,” Wariner said. “The first day of practice Reggie said, ‘I’m going to call you Pooky.’ I was like, ‘Uh, OK.’ I just kept it. It stuck.”

He may have been Pooky, but he was never pokey. Blessed with natural out-of-the-blocks speed, Wariner developed into the nation’s fastest 200 runner by the time he was a senior and recorded the second-best time in the 400.

So Wariner couldn’t wait to see how much faster he might become once he joined Clyde Hart’s famed training program at Baylor.

He displayed plenty of promise his freshman year of 2003, but also endured several nagging injuries, including a hamstring strain that flared up just in time for the 400-meter final at the NCAA indoor championships.

“My first outdoor meet that year I went 45.1, and I was pretty excited, because I knew I was on the verge of breaking into the 44s,” Wariner said. “But I got hurt again right after that and never really recovered. That really made me want to be better (as a sophomore). I stayed in the training room a lot, made sure I warmed up properly, got the treatment I needed after workouts. I was really focused on staying healthy.”

Wariner benefited from having a world-class training partner on campus in Darold Williamson. Besides forming half of the fiercest 4x400 relay team in the country, the duo pushed one another every day in practice.

Good health, a supremely gifted running mate and a fiery desire to succeed all crystallized into a season for the ages in 2004. Wariner won the NCAA title in the 400 and anchored Baylor’s 4x400 relay to gold during the indoor season, then matched that impressive double during the outdoor campaign. He kept building up steam all the way through the Olympic Games in Athens, where he powered to a personal-best time of 44 flat in the final to win gold.

“He did everything you could put in front of him and more. That’s special there,” Hart said. “Then to run his best in his final race after that gauntlet that he’d run, that kind of dispels this whole idea that collegiates need to lay out the year of the Olympics and just train.”

So at tender age of 20, Wariner had seized Olympic gold. Soon enough, he’d own plenty of green, thanks to a lucrative contract with Adidas. But in his initial moment of victory, what most overjoyed Wariner was his foray into the green-and-gold recordbook.

“He came down to the rail and we hugged each other and everything,” Hart said. “But he made the funniest statement, that will go down in the annals. I said, ‘Jeremy, do you realize what you just did?’ He said, ‘Yeah, I broke the school record.’ He was dead serious.

“That was Michael Johnson’s school record, and he knew that was going to be his last race. I said, ‘Jeremy, you got the Olympic gold medal,’ and he said, ‘Yeah, but I got that school record, Coach.’”

Wariner added another gold in the 4x400 relay, opting to concede the anchor leg to Williamson and run the third leg instead, as they had done at Baylor. Standing on the podium, soaking up the euphoria while the national anthem played, Wariner was overwhelmed with feelings of pride and gratitude.

“It’s a great feeling, one you can’t really explain,” Wariner said. “As you as you try, you can’t recreate it. Standing up there you remember all the accomplishments, all the hard work that led to that success, and how you were able to show up and make it pay off at the right time. It doesn’t get much better than that.”

Wariner shed his sunglasses on the medal stand, but those dark wraparound shades became his trademark on the track. It was a playful experiment that began at Baylor that grew into Wariner’s version of tunnel vision.

“It was a meet that year at UTA, and we were just wanting to have some fun in the relay, so we all threw on our sunglasses,” Wariner said. “Surprisingly, it helped me focus even more. I can’t remember running a race without them since.”

Wariner turned pro immediately after those 2004 Olympics, following the counsel of Hart and Michael Johnson. He continued to rack up world titles and eye-popping times over the next several years while training with Hart in Waco, though admittedly his focus was a bit different than his college days.

“It was more serious. The fun went away,” Wariner said. “There was a little more pressure, but it was a good kind of pressure, knowing the harder I worked, the more I could achieve my goals.”

Plenty of challenges awaited. LaShawn Merritt emerged as a worthy challenger to Wariner’s world supremacy in the 400, and edged Wariner for the gold medal at the 2008 Beijing Olympics. That year also coincided with a brief separation from Hart.

Over the past several seasons, Wariner, 31, has labored through several injuries, an indication, he believes, that his body may be signaling the end of his career.

“These last few years have been grueling,” he said. “I’m not going to stop until my body tells me to stop. But if there’s another big injury, that’s probably my career.” Whether Wariner stretches it out and qualifies for his fourth Olympic team next year or whether he hangs up the spikes before then, he’s already finding new goals to chase.

He and his wife have become franchisees for Jimmy John’s, an endeavor he has discovered comes with its own unique set of challenges. He has also considered trying his hand at coaching or broadcasting.

Most of all, Wariner is reveling in his role as father to his two adorable children, ages 4 and 2. “Being a dad is great,” Wariner gushed.

For now, the gold medal quest remains. Wariner continues to train, to sacrifice and battle to try to climb back among the world’s elite sprinters.

“That whole year of 2004, that’s where I started,” Wariner said. “I was having fun, and I had to work so hard to prove myself. The rest of the years after that one kind of fell into place. I was still working as hard, but I was already on top and it was about staying on top.

“Now, I’m back in that place, trying to get back to the top again. I’ve come full circle, and it’s been a fun journey.”

Looking outside his office window from the Bryan Tower in downtown Dallas, Cliff Harris ponders what it would be like to play in today’s NFL.

After Gil Brandt began scouting for the Dallas Cowboys in 1960, his competitors laughed at him for using a computer to evaluate talent.

There’s an all-important question each team in Major League Baseball has to answer each July: Are we buyers or sellers?

Whether a coach holds a whistle, a clipboard or a towel, the great ones understand that it’s all about motivation.

One conversation can change everything.

Nolan Richardson is a larger than life figure who coached his own way, dressed his own way and wasn’t afraid to speak his mind.

When Olympic 400-meter champion Jeremy Wariner ran at Baylor more than a decade ago, he only made one visit to the Texas Sports Hall of Fame.

Jeremy Wariner is an NCAA champion, world champion and Olympic gold medalist. He was originally recruited by Baylor to play football.