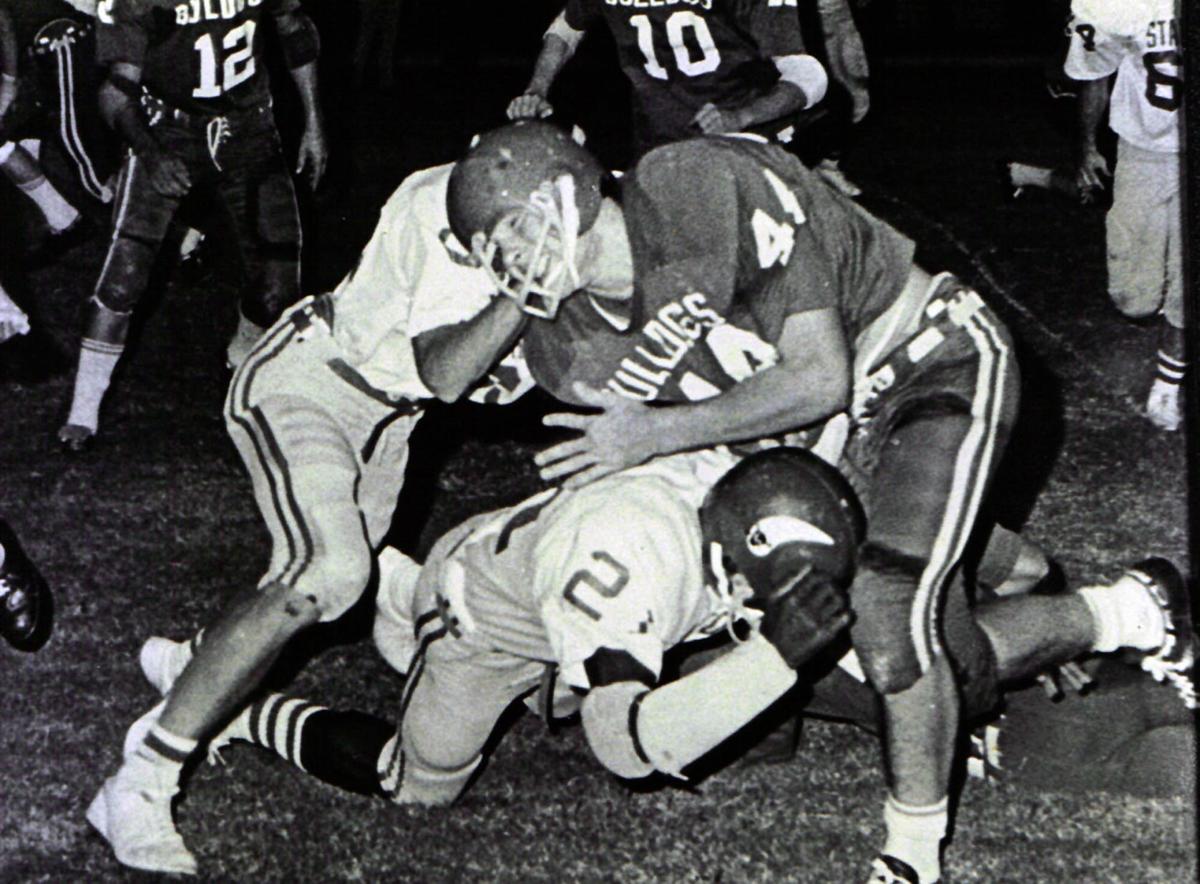 Coahoma’s Putt Choate (right) stood out as both a linebacker and fullback in the 1970s. 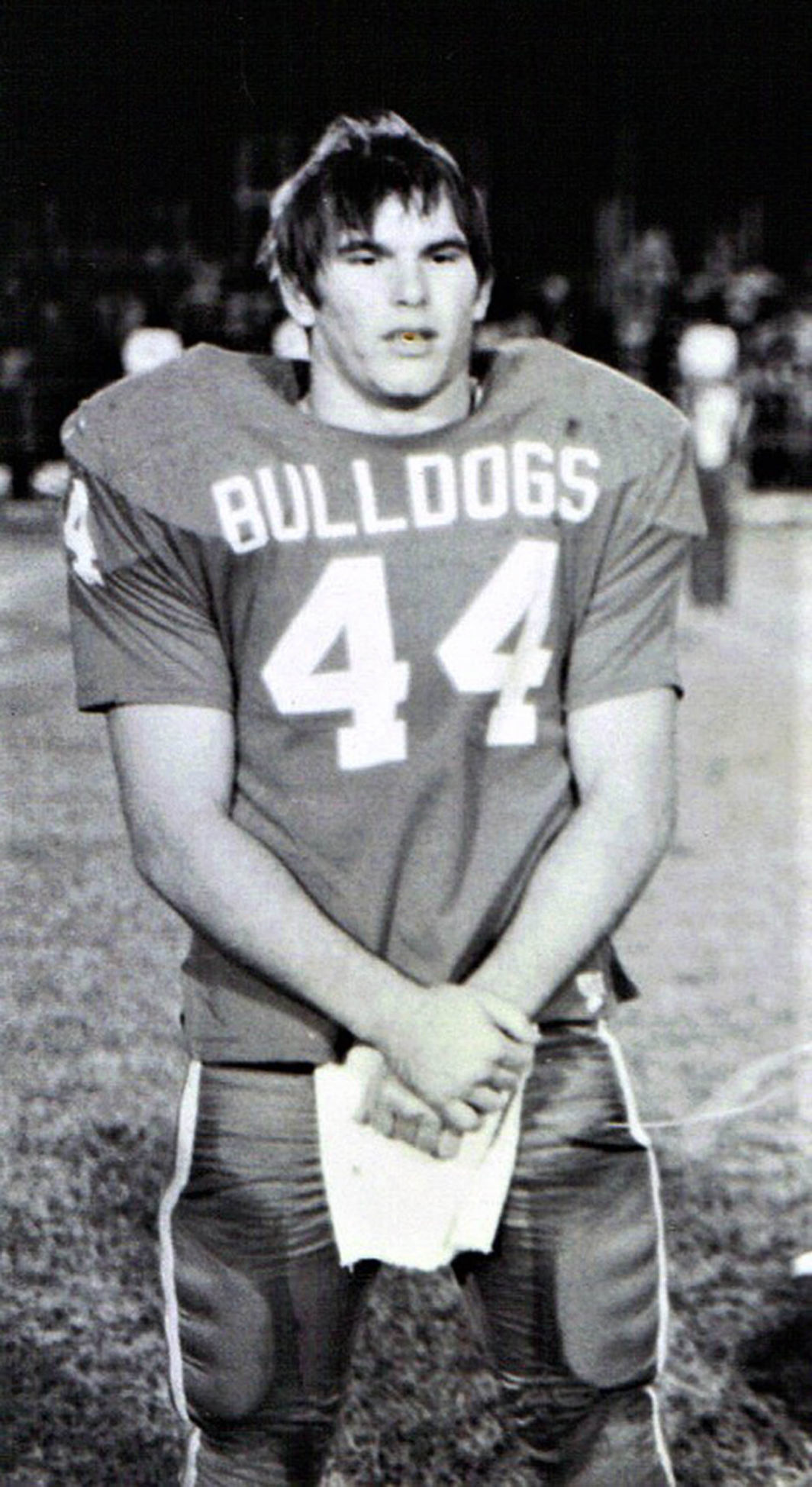 Putt Choate made all-state at fullback for Coahoma before going on to football success at SMU and in professional football.

Coahoma, Texas, is a small town of less than a thousand people sitting on Interstate 20, midway between Big Spring and Colorado City. The Dairy Queen is on the interstate, and the local café seems to be closed. The Protestant and Evangelical churches are in the middle of town, and the schools — elementary, middle school and high school — are tucked away in the northwest corner. There’s a water storage tank there that proudly proclaims Coahoma to be the home of Quail Dobbs, “world renowned PRCA rodeo clown.”

One other source of pride for Coahoma is that it was here where Putt Choate, one of the upcoming inductees to the Texas High School Football Hall of Fame, first gained gridiron acclaim. It was during the mid-70s that Choate played both sides of the ball for the Bulldogs, but it was as a fullback where he made his name, rushing for 3,310 career yards.

In 1975, his senior year, Choate made the all-state team as a fullback. He played in the Texas High School Coaches Association All-Star Game that year.

Choate started playing football in seventh grade, the earliest a boy in Coahoma could begin school football. “Every boy in town lived and breathed to enter seventh grade, just so they could start playing football,” Choate said. “(Coahoma) had good teams forever, and the community really supported us. It was big deal to play football there.”

Choate started out on the JV his freshman year. He said he had to learn a hard lesson from Bernie Hagans, his high school coach. Hagans taught him talent wasn’t enough, that he had to work hard, too.

In junior high school, Choate said he ran through plays. It’s not that he didn’t work while in junior high. He just needed to learn to work harder. As the lesson sank in, the freshman footballer found himself starting to move up to varsity toward the end of the year. While he also played linebacker, Choate always saw himself as a runner first.

Coahoma was a Class 2A program then — now the equivalent of a 3A program — and colleges had to hear about players from small programs by the high school coaches getting word out. Choate was pursued by several Ivy League teams, as well as Rice and Baylor. Even Texas A&M showed some interest, but not enough to offer a scholarship.

“In my mind, I was a running back,” Choate recalled. A lot of the colleges were recruiting him to play linebacker, and he didn’t want to go that route. SMU promised him he would be a fullback if he came there, so Choate signed with the Mustangs.

As Choate tells the story, “I was planning to play fullback until the first day of two-a-days at SMU, I walked up to my locker, and found 58 hanging there. I went to my position coach — a running back coach — and asked him if there had been a mistake. The coach told me that the team was short on linebackers for the time being, but that they’d get me back to fullback later. It never happened.”

The unexpected turn worked out, though. Choate was named first team All-Southwest Conference in 1977 and 1978, setting a school record with 649 career tackles.

After college, Choate signed as a free agent with the Atlanta Falcons of the NFL. While playing for the Falcons, he suffered a leg injury and had to sit out the season. He was released by the Falcons and signed to play with Bum Phillips and the Houston Oilers.

Choate was eager to return to play, and he returned too quickly from his injury. After two weeks of preseason practice, Phillips pulled him aside and told Choate that he wasn’t ready. The Oilers wound up releasing the former Bulldog from Coahoma.

Two years later, another professional league came calling. The Denver Gold of the fledgling USFL signed Choate to play on their team.

“Denver was a lot of fun,” Choate said. “They had 40 to 45,000 ticket holders. There was such a long waiting list for Broncos tickets, that a lot of people chose to go with the Gold while waiting.”

While playing one season for the Gold, Choate led the team with 178 tackles and had five rushing TDs.

“My experience as a running back helped me a lot there,” he said. “When I’d intercept a pass, the running skills helped me in my returns. The coaches noticed, and designed a fake punt play specifically for me. If I thought the play would work, I could call for the fake. I scored a couple of touchdowns that way.”

Being elected to the USFL’s all-star team, Choate, who was on a one-year contract, tried to negotiate a deal that would pay him what the other players on the team were making. Instead, he was traded to the expansion San Antonio Gunslingers.

“I flew in to San Antonio,” Choate said, “and no one met me at the airport. I called, and they told me to take a taxi to the team hotel and I’d be reimbursed. I got to the hotel, went to the desk and asked for my room. They sent me to a room, and when I got there, there were two other guys already in the room.

“I asked to use their phone to call and see what was going on. I spoke to one of the team officials. He asked me who else was in the room. I told them, and they told me to hand the phone to one of the other guys. I did, and the team immediately cut him to make room for me.”

The USFL folded two years later, and Choate holds the distinction, along with two other men, to have started all 54 regular-season games over the league’s three-year history.

Today, Choate has his own landscaping business. It started when he bought a new house in the DFW area. The house didn’t have a sprinkler system. Choate went down to the library, found a DIY book on how to install a sprinkler system, and proceeded to put in his own system. The builder drove by while Choate was installing his sprinklers, and asked if Choate knew what he was doing. Following an affirmative response, the builder offered to pay him to install systems in two other homes.

One thing led to another, and now Choate supplies sprinkler systems all over the DFW Metroplex in new construction sites and in commercial sites.

The Texas High School Football Hall of Fame stands out as a special honor for Choate. He was surprised when a Hall of Fame official called and asked him if he’d be willing to be inducted. He couldn’t say yes fast enough.

“What a great honor to be included in that,” Choate said.

It may be time to make room on the Coahoma water tower. 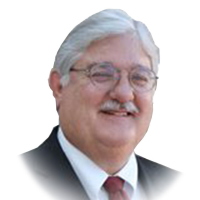 Coahoma’s Putt Choate (right) stood out as both a linebacker and fullback in the 1970s.

Putt Choate made all-state at fullback for Coahoma before going on to football success at SMU and in professional football.