Most people who stroll through Waco’s Indian Spring Park or attend events there just enjoy the beautiful setting and probably do not think about its history. They would undoubtedly be shocked to learn it was because of a few feisty women 120 years ago who vowed to save the old spring — the site and namesake of the park — that it got its start.

Those persistent women who got the project rolling were no shrinking violets. They were the 14 charter members of Waco’s Henry Downs Chapter of the Daughters of the American Revolution, and they were eager to work for a cause they believed in — saving a historic site.

The chapter, which is still going strong today with 148 members, had obtained its charter from the national DAR organization on Dec. 5, 1901, and held its inaugural meeting in February 1902.

The regent’s first bold recommendation was to save what was called the old Waco Spring. However, it would be a few years before the women could overcome several hurdles and the actual work could begin.

Renowned as the camping grounds of Huaco Indians, the spring had originally provided the tribe and then the city of Waco with fresh, clean water. Not only had it been a source of city water, but at one point had even included a bathhouse and later was used by a man who bottled the water and sold it. The survey for the city itself was reputed to have started at the spring.

By the turn of the 20th century, however, the spring had fallen into disrepair and was covered under so much debris and silt that people had forgotten exactly where it was.

Only small trickles of water ran through the mud when the DAR women took up the cause. They petitioned the city and received possession of the spring and the surrounding grounds.

In 1911, chapter member and historic preservation chair Kate McCall Rotan first set out to find the spring and have the debris dredged from it. After the reclamation of the spring, the chapter fenced the site, sodded the ground, planted shrubs and trees and placed a walkway in the area.

The large granite marker with a bronze historical plaque that still stands was placed in the park above the spring in 1917.

Though the chapter and individual members had paid for the reclamation and improvements, they returned the spring and land to the city and asked for nothing more than its preservation and maintenance as a park.

Their work was not done, however, even after the city took possession. Articles from the Waco News-Tribune show that the tenacious DAR women had to return to city officials more than once to protest and remind them of the agreement to maintain the spring as it fell into disrepair time after time.

John Rose, the current parks manager over operations and maintenance with Waco Parks and Recreation said that what the women did was important to Wacoans.

“The city is very appreciative of what the Daughters of the American Revolution did and its contribution of cleaning up the spring area and giving it back to the city for the establishment of Indian Spring Park,” he said. “It is a wonderful community gathering place.”

During the past 120 years, chapter members have upheld the spirit of that first group of indomitable women. They have volunteered tirelessly for a number of causes and projects. To uphold the DAR goal of historical preservation, they have placed several historical markers throughout the county.

They have awarded college scholarships, plaques and medals to deserving students and significant community members and contributed to patriotic efforts in past wars and to military veterans. They have supported local charities and national causes, such as repairs to the DAR building in Washington, D.C., and the Washington Monument.

Current Regent Angela Granger is proud of the chapter’s historic accomplishments, especially with its emphasis on education and patriotism. In the past, the membership donated flags and large pictures of flags to all the schools in Waco.

“I want us to be even more involved with public, private and home schools to give them materials to aid in teaching the Constitution and American history,” Granger said.

As for the community at large, the regent is particularly pleased with last spring’s awards ceremony in which the chapter honored community members with the DAR Americanism Medal (the Rev. Rakshaganathan Selvarj), the Historic Preservation Medal (Van Massirer), the Outstanding Teacher of American History Award (David Foti), Women in American History Award (Dr. Julie Sweet) and Women in the Arts Recognition Award (Vanita Jernigan).

“We honored local deserving people for their outstanding contributions,” she said. “It showcased what all we have here in Central Texas and how great our people are.”

Community awards were also presented to the Gospel Café and Gigi Green-Bowie.

“It’s important to shine a light on what they’ve been doing in our community,” she said. “I’m personally really proud of that.”

Granger joined the Henry Downs Chapter in 2014 and previously served as its librarian and as treasurer. She also holds state DAR offices as the credentials co-chair and the Texas DAR Leadership New Horizons vice chair.

Mildred “Millie” Walker is a 50-year member of DAR and was the 1978-80 regent of the Henry Downs Chapter. She followed in the footsteps of her mother, Mary Gholson, who held that same office in 1974. Unfortunately, she died about six months into her term.

An important addition during Walker’s term was the organization of the Alexander Breckenridge Society (Children of the American Revolution). Three state presidents of the Texas Society of the CAR came out of the Henry Downs-sponsored society, a fact that is a source of pride for Walker.

“I always felt good about the CAR group,” she said. Over the years it “kind of fell on hard times, but our regent (Granger) revived it.”

Another project that Walker thinks is significant was the establishment of the Elizabeth Gordon Bradley Chapter in Waco, which the Henry Downs chapter helped organize in 1976.

Rusty Corwin, who was a Henry Downs member, became the organizing vice regent for the new chapter. It was named after an ancestor of Sarah Evans, the organizing regent.

“We wanted a female (ancestor) if we could to show that women served in their way,” Corwin said. “Henry Downs is our parent organization, and we’re proud to be a part of that.”

The two chapters have occasionally worked together on various projects and have shared some meetings.

Another longtime member is Peggy Duty, who has been in the chapter for 51 years and is the registrar. Back in the days before she was even aware of DAR, a friend encouraged her to research her family genealogy.

She found a book that took her lineage back to someone named Henry Downs Jr., a captain of the colonial militia and a signer of the Mecklenburg Declaration of Independence. When she told her friend about her connection to Henry Downs, he informed her that the local DAR group was named for that very ancestor. Of course, she immediately joined.

She’s currently the only chapter member who is a descendent of Henry Downs. “It’s quite an honor,” she said. “I had no idea when I started the research. I was very surprised. And I’m proud to be a DAR member.”

The chapter’s connection with the spring goes on even today. Granger said that after the Suspension Bridge renovation is completed, the chapter is planning to place a marker at the location where the spring runs into the Brazos River, a spot that is currently unmarked.

That would make those energetic women from 1901 proud of their modern-day DAR sisters.

The chapter will be celebrating its 120th anniversary at the regular meeting Dec. 3. 

Editor’s note: Writer Vicky Kendig is a member of the Henry Downs chapter.

The Central Texas Chapter of the Association of Fundraising Professionals can't let another year go by without honoring outstanding individuals, groups and businesses in the community for their giving.

Have you ever noticed that when things break, they all happen at once?

This is a monthly feature highlighting someone involved with a nonprofit agency recognized as a Charity Champion by TFNB Your Bank for Life. T… 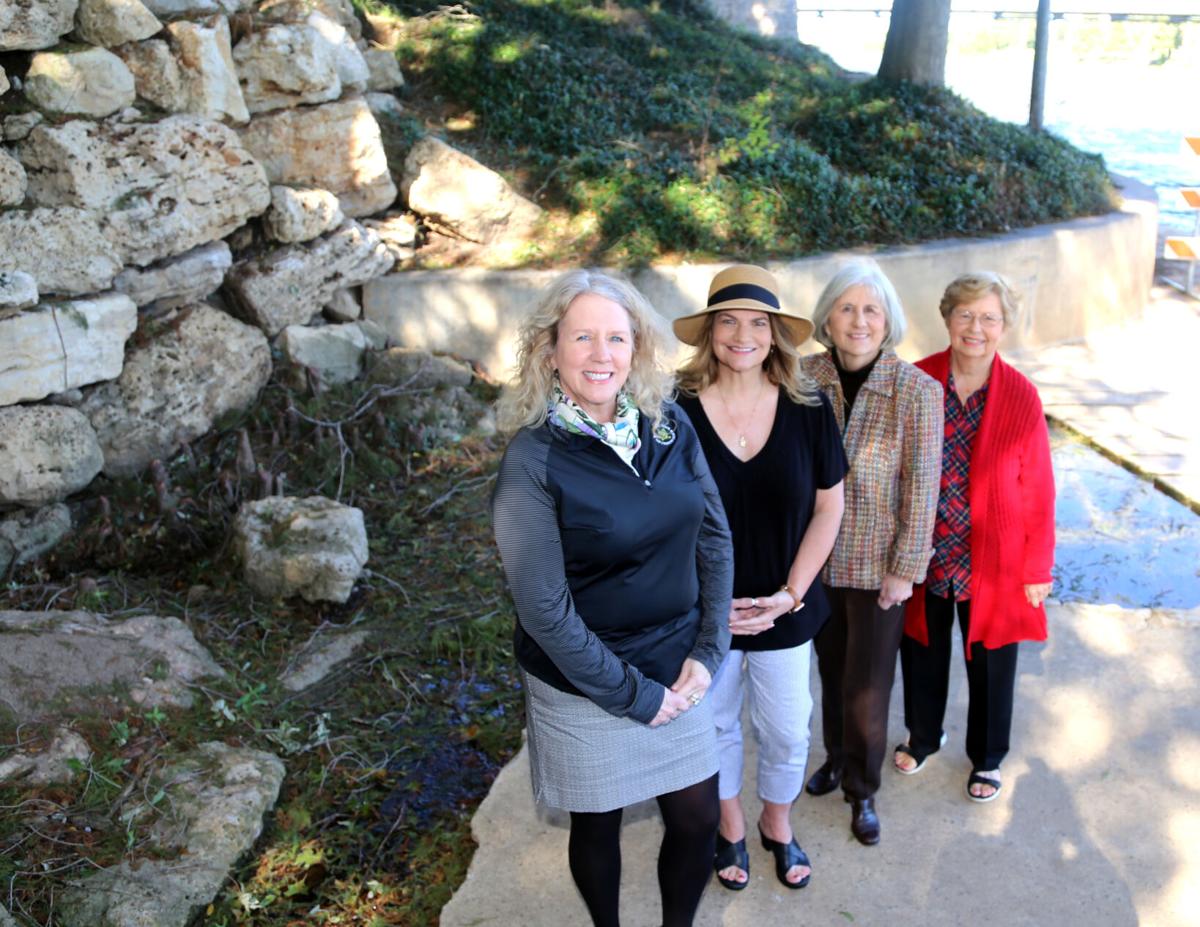 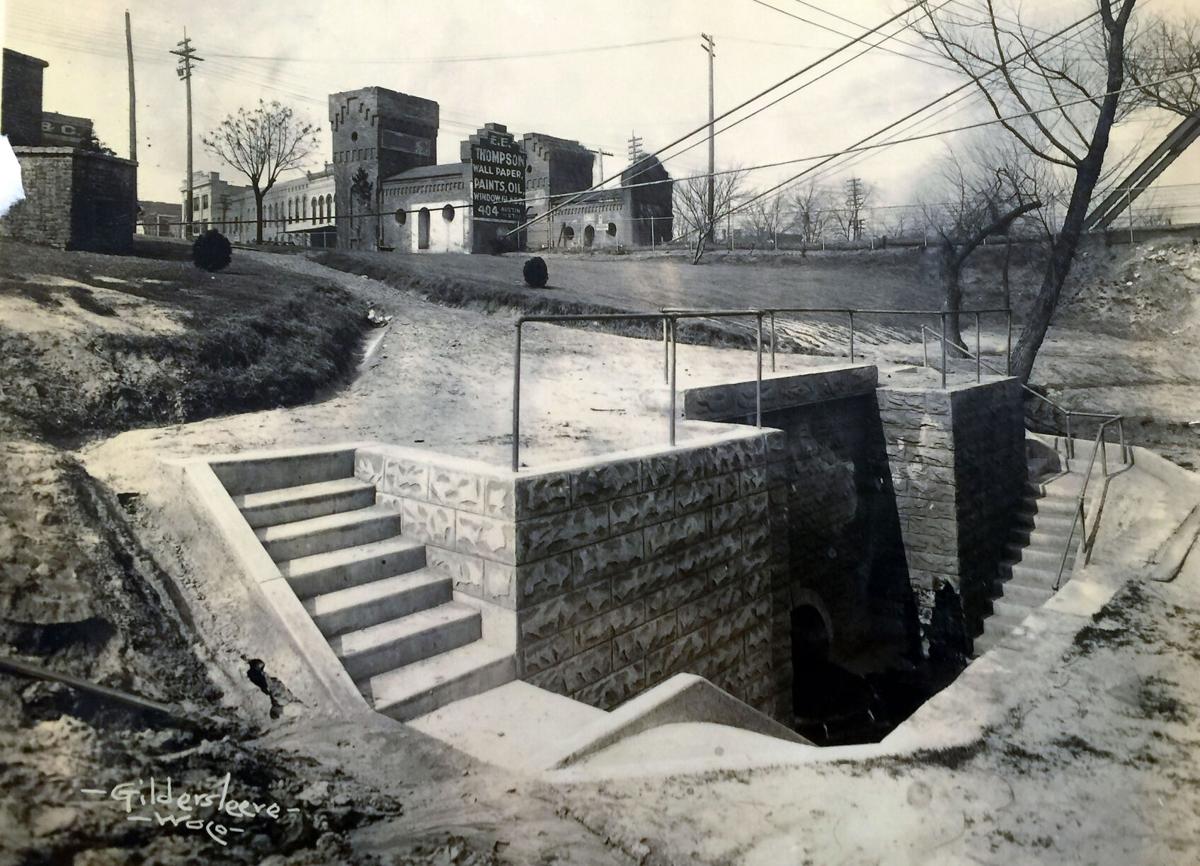 This historic photo by Fred Gildersleeve shows Indian Spring when it was used as a bathhouse before it fell into disrepair. 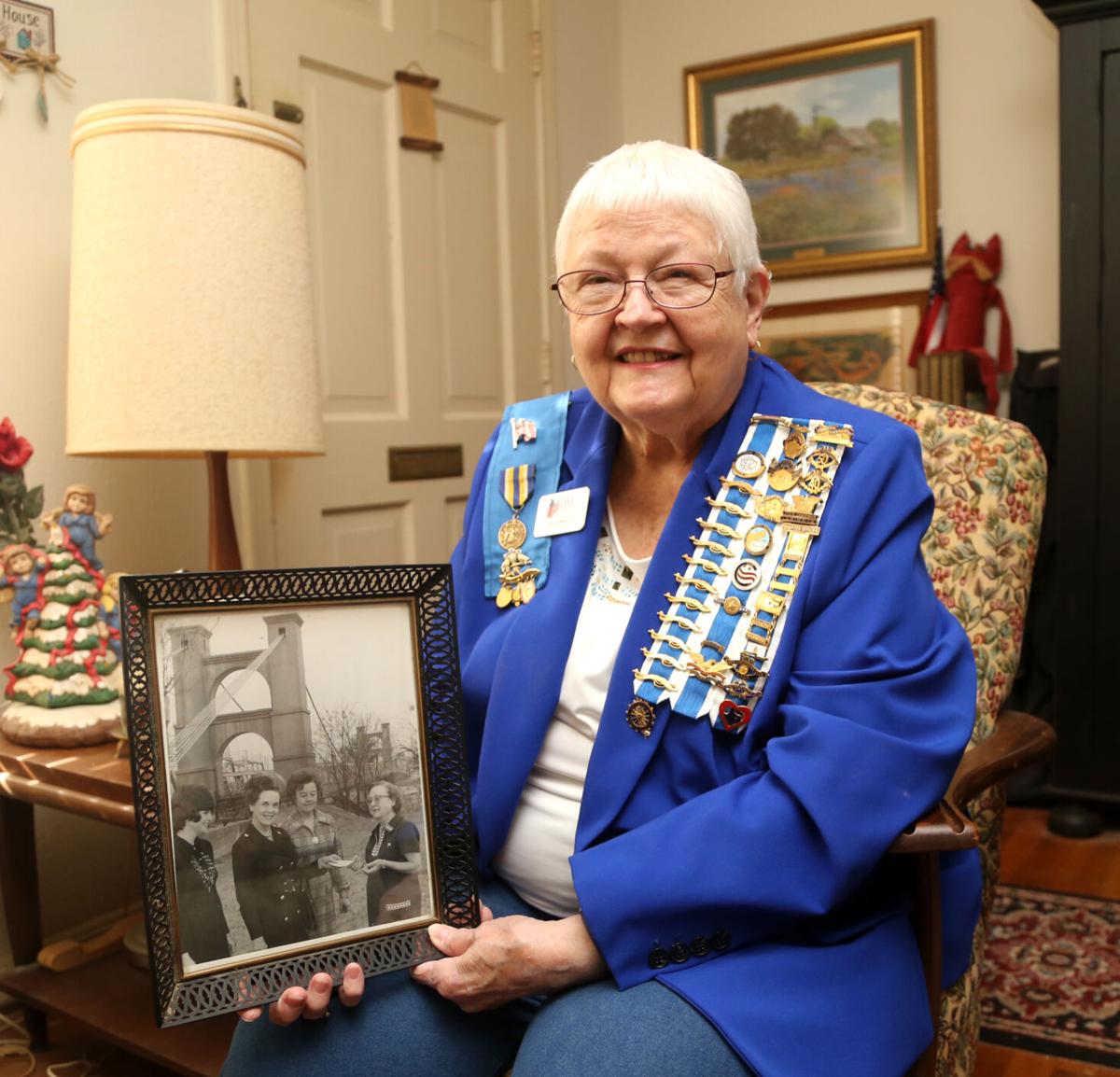 Henry Downs DAR chapter Regent Angela Granger cleans a tombstone in Stanford Chapel Cemetery to help visitors read them to locate ancestors. It was one of many projects that the chapter does. Photo provided by Angela Granger.