Sally Rae and I own The Waterin’ Hole Café, the main social fixture of Heartbreak Texas. We’re just 50 or 500 miles west of Houston’s depraved sushi bars. We serve honest chicken-fried steaks and we (reluctantly) serve alcohol, in moderation. This spring had been outstandingly beautiful. The sweet perfume of bluebonnets outweighed the smell of cow dung and everyone worked with the special vigor of a new planting season … until that last miserable norther doused everyone’s dreams of a good day of work.

Bro. Ralph, senior elder of the Cedar Choppers’ church, The Mighty Tabernacle of God’s Right Arm, had just done a Monday communion: He prayed for a speedy relinquishment of all weekend sins, especially hangovers, and a reconciliation of fathers and their women, married or not, and a hope that none would be unjustly injured by misaimed axes as they cleared the “awful cedar,” their particular mission in this short veil of tears we call life.

I liked Bro. Ralph. He was sober among a rather wet bunch, and he was respectful toward all three of his wives.

After their breakfast the Cedar Chopper battalion was almost headed out when Mean Old Man Storm walked in.

“Where you guys going in such a dad-blamed hurry?” he asked.

“You better listen up. Hear that wind?”

They all walked outside. The northeast was an ominous blue-black. The first willy-wobbles of the impending storm blew dust around the street.

“In half an hour it’ll drop 30 degrees and be raining hellfire,” Mean Old Man Storm asserted. “Even you idiots can’t work in that!”

Just then, a bolt of lightning struck across the street, hitting Bro. Ralph’s brand-new Chevy 500. Its twin tanks exploded with a low “rumf” and the large pickup shuffled over toward the curb, like a large, chastened dog.

“We better go back inside and let this work its way out,” Bro. Ralph said.

“Don’t you want to save your truck?” one of his nephews asked.

“I just bought a year’s worth of 30.06 shells and they are in the back seat. I ain’t arguing with that,” he responded.

A series of loud pops started up, blowing holes in the front of BJ Elkert’s Emporium of Knives & Guns & Pawn. Johnny Ruth and BJ fled the exploding scene outside of their home and business, sat down, and ordered breakfast.

When things get bad, well, us folks in Heartbreak just seem to crave protein. Meanwhile, waves of heavy sleet and rain washed our town. Thunder rolled. Occasionally, a 30.06 shell cooked off. It sounded puny next to the storm.

Surrealism was no longer a minor artistic movement in early 20th-century Paris.

Throughout the day, other denizens of Heartbreak wandered in. A perfectly good day of work was ruined, spirits were bruised, and we were reminded once again of our human frailty in the face of God’s acts.

We all have a private fear, a personal horror. Mine is that, late at night, I hear a wild dog yelp and scream. I pull the covers over my head and drift into somnolence, knowing that four square walls and a warm cover protect me.

This day, the dog was screaming, and I was on duty, running my restaurant. It did not help any that 30.06 shells were cooking off and occasionally impacting into my ceiling. About the third time that happened, Mean Old Man Storm said, “Give me a beer, Dave!”

I might have felt better about this if Arney Shaw, our local law, had been at hand, but he was in Austin that day. Instead of enforcing my own standards, with Arney’s help, I started serving beer at 11 a.m. and dealt with the consequences.

After serving Mean Old Man Storm, I immediately got orders for 28 more of the same.

I drank number 29 myself.

Mean Old Man Storm said, “Those black helicopters ran across my ranch last night. I watched the stars and I saw their chem trails seed the atmosphere with their poison! By dark today, eight or 10 of my best heifers will be sterile, and my $2 million bull will be shooting blanks!”

Someone said, “If every Christian in Southland Springs had been packin’ a .45 ...”

Storm overrode him, “… and fluoridation of water in Dallas has seeped into the water table, sterilizing my cattle …”

“Those vaccination deals. I mean, what are they putting into us? Damned if I want diseases jammed into my butt!”

Another 30.06 shell from BJ’s cooked off and broke a window.

Someone (mercifully) smacked Clyde and he remained silent for the afternoon. He did order seven more beers, and used the restroom. I consider this a good customer.

At that moment Emmitt Bennett spoke up. “Y’all know that the Denver Airport has an underground structure that runs for miles. The Illuminati have their central offices there. They have been in charge since about 1800. Johann Adam Weishault set it up. When the Brits went bankrupt after World War I, they moved to the USA. The Illuminati are running everything.”

About then several 30.06 shells went off in the smoldering ruins of the truck across the street.

Real men in Heartbreak were too proud to duck, but one of my windows exploded. So did the beer mug in Emmitt Bennett’s hand.

“Get me another one, Dave, and don’t charge me for that ’un,” he growled.

“My beers don’t come with a warranty,” I countered, “but I will cover it this one time, iff’in you pay off your whole tab before you leave today.”

At that moment, I opened the bar to hard whiskey. It was 3:15 p.m. and sleet was sweeping down the street in April as if it was February.

I take no pride in this, but I figure that if I am to be a good host, I need to keep pace with my customers. I had a double shot of Jack and sort of went with the flow, trying to minimize the inevitable damage.

Things sort of went downhill after that.

At 4:15 the school bus let Li’l’ Billy off in front of The Waterin’ Hole, and Sally Rae immediately met him and took him upstairs. Her last words to me were “You made it, you fix it.”

There was more than a little judgment implied in her tone. I knew I was in trouble but getting my little restaurant through the evening without major damage was my first concern at this point.

In retrospect, I think I mostly made good decisions, given the circumstances. Now, I do regret that at Sally Rae’s warning, I picked up a full ketchup bottle and squirted it in her right eye. It is hard to draw a sharp bead on reality when about 40 people are all calling for service at once, most want whiskey and most can’t afford beer, and the Flat Earth Society is demanding a fair hearing.

So, why would I do something so stupid, so against my own self-interest, like squirt Sally Rae? I have several theories about it. After four beers, it just sort of seemed to be the right thing to do, as in the famous last words, “Hold my beer, watch this ...”

The real reason was that The Waterin’ Hole was getting more and more boisterous and contentious. I needed my family out of the way for what I feared was coming next.

Any bartender will tell you that managing 30 or 40 drunks, each with his own special issue, is like striking a match inside a gas tank.

Since conspiracy theories were the favorite topic of the day, I considered it was only a short time before it all blew up.

Already I had fought down the urge to ask, “How can a man smart enough to walk and chew gum at the same time believe that?” In the current atmosphere I figured that it could be well-nigh suicidal.

Rev. Hollis had just explained that Pope Sylvester II had added 297 years to the calendar, so his time would be on the first millennium. How could anything be right since our real year was 1723 A.D.?

I called up to Sally Rae and said, “Call the main number at The Waterin’ Hole in about three minutes. Ignore anything I say.”

“Dave, I’m willing to ignore you, but you got a lot to answer for a little later on.”

“Yes, Dear,” I said. This is the universal distress call from married men.

When the phone rang about three minutes later, I piped my voice way up. “Yeah, Arney, you could get a real haul of ’em if you came right now. You can arrive in half an hour … OK, no promises about then …”

With that, I hit my biggest pan lid with a hammer I kept behind the bar.

“Guys, guys, Arney is headed back from Austin with about a dozen agents from Alcohol Control. You got 30 minutes to make yourself scarce. I don’t want any of you getting busted.”

Well, that got some traction. Pretty soon they were all cleared out, and my café could return to normal.

Much later that night, Arney did return. I asked, “What was it took you down to Austin today?’

“Well,” Arney said, “we were getting prepared. It was Jade Helm II training. ’Nuff said.”

Yeah, enough had been said by then. I dragged myself upstairs to Sally Rae, fearing that, whatever my thoughts on the subject, a new conversation was about to start.

David Mosley spent 50 years on his family ranch on the Brazos River. In 2014 he sold it after developing several physical problems, including age. In 2012 he married his editor-in-chief, Terri Jo Mosley. They have lived many ranch stories, some related in the Heartbreak series. Like the Bible, some parts are true; some are parables to express the truth. Some parts of Heartbreak, though, are just dang ol’ lies. His email is david_mosley1951@yahoo.com

So where do all these creative BBQ ideas come from? The inspirations are from Davie Gorham’s travels to Australia and while attending culinary school at TSTC.

Outdoor fun: Live actively with all Waco has to offer

Two is better than one. That’s the thinking by Caritas of Waco when its board of directors recently named Ann Owen and Alicia Jallah as the new co-executive directors of the nonprofit agency. 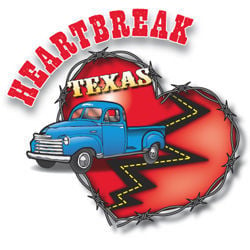 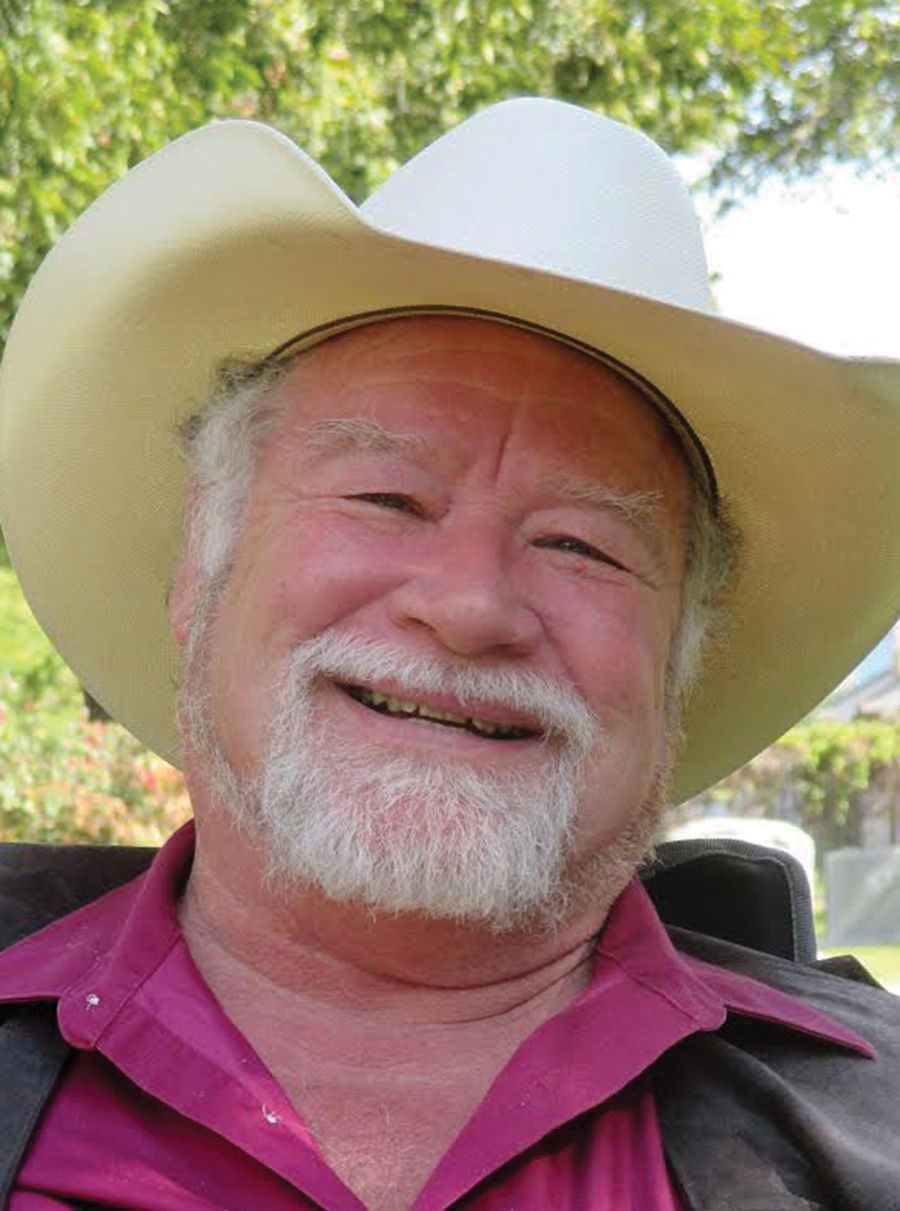