Labor Day weekend means one thing to many Central Texans: Westfest, the annual celebration of that city’s Czech heritage with live music, dancers, ethnic foods, rides, a 5K run and many other activities, all for a good cause.

“I’m proud of the whole thing, how a small community like West can put on a festival like this year after year to raise funds for a variety of projects, including various athletic facilities for youth groups, senior citizen activities, a community center, library and other civic and cultural programs,” new board president David Kolar says.

“In 2019, we passed $1 million total from Westfest alone, not including organizations which sell products and also give back to the city groups like Kiwanis and Knights of Columbus. Added together, it’s probably over $2 million, and our goal for this year is $50,000 for worthy causes.”

Officially, it’s the 46th annual event, but it could be considered No. 47 because there was a virtual Westfest held during COVID.

“Although we had no rides, live music or other activities, we played polka music over the public address system over Labor Day weekend two years ago, and a few people drove out to listen,” Kolar adds. “We expect about 20,000 people over the three days, sometimes more when Baylor doesn’t have a home football game.”

A West native and 1970 Trojan graduate with technical school broadcasting experience, Kolar attended the first Westfest in 1976 and remembers it well.

“That first year, I wasn’t part of it except for a radio remote broadcast,” he said. “People didn’t know what to expect because there was no PA (public address speaker), so they used my radio station PA to make announcements. The first four or five years we only had one main stage, and the bands and dancers performed in that area. After that, the dancers moved to a dance floor in the rodeo arena but were moved to their own area a few years later.

“We built the pavilion in the early to mid-1980s and the amphitheater in 1993. I also helped design the Westfest office, which opened in 1985.”

He has helped on the technical side since his mid-20s, setting up a sound system, working the cultural area entertainment, promoting sponsors and communicating what’s going on through announcements while running an office supply and a radio station and newspaper in Hillsboro until last fall.

“After I retired in November, I had more time to devote to the event,” he says. “The board of directors knew I was interested in being president and invited me back. I was more than excited to accept. John Hurtick had held the position for 41 years and now helps with grounds maintenance and planning. His most important role is offering advice on his many years of service.”

Around 2000, Kolar resigned as a director, a position he had held for many years. This turned the technical side of the festival over to Brian Muska, 1st vice president, who helped bring in closed-circuit TV to monitor what’s going on around the clock on the fairgrounds and brought in online access for vendors and other festival uses.

“That was our biggest recent improvement, and this year we expanded the events by the rodeo association’s demolition of a barn to make more room for carnival rides,” Kolar adds. “That allowed us to rearrange food booths and move them closer to the general population.”

One part that will never change is the ever-popular Czech music, with the usual crowd-pleasing polka music band Brave Combo, a group that has performed regularly since the late ’70s while they were in college.

Kolar remembers a newcomer’s response back in the “good ol’ days.”

“We used to rent Billy Azbell’s sound equipment and needed someone to mix sound for Brave Combo.,” he said. “An Azbell employee said he’d do it, although he had never done polka bands before. He said he never would have expected hearing music like this in a million years with bass drum rolls and was truly shocked as well as surprised at the size of the crowd.”

The Westfest set-up process remains basically the same with the board’s meeting regularly starting in January to go over what occurred the previous year, smoothing out problems, coming up with new ideas and tweaking others.

The physical preparation begins in earnest two weeks before opening day with crews and about 150 volunteers putting up tents and booths, then setting up tables and chairs, moving picnic tables and bringing in the hospitality gazebo for guest information.

Other volunteers take care of the Saturday morning parade and the various tournaments at the festival along with helping secure the entertainment for all three days. Heading up media, bands and entertainment is David’s son Ryan, who also is second vice president. Longtime radio personality Max Tooker provides media help. Between 15 and 20 security staff will patrol the grounds constantly.

“This year, our preview party gates open at 5:30 p.m. on Friday with the music portion starting at 7, then the crowning of Miss Westfest to succeed Lainey Willis and more music later from our headliner (Casey Donahew),” Ryan Kolar says. “Our polka musicians will perform in split sets, twice during the day, so that attendees can see multiple bands.”

More than 100 arts and crafts vendors will sell their handmade wares during the weekend, and “The Butik” souvenir shop will offer Westfest shirts, caps, patches and miscellaneous other items; 25 or more food vendors will be peddling a large variety of drinks and foods.

“When I attended the national Ennis Polka Festival in late May, many people came up to me and told me how much they were looking forward to attending Westfest, too,” David Kolar says. “I believe part of the reason is the variety of food we offer, most of which isn’t the commercial type but relating to our heritage and anything that others want to bring in — German, Mexican, Mediterranean and several other ethnic cuisines.

“Locally, this is the last big event of the summer season, and thousands of people have made it a routine to come to West and have fun with friends. I can guarantee them that they won’t be disappointed.”   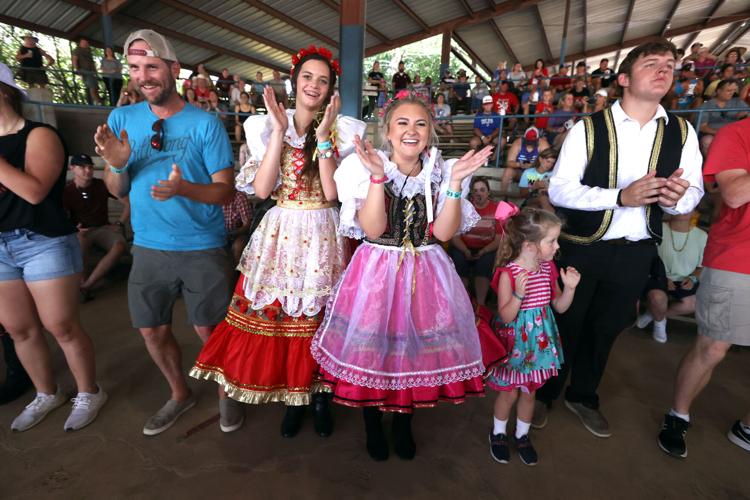 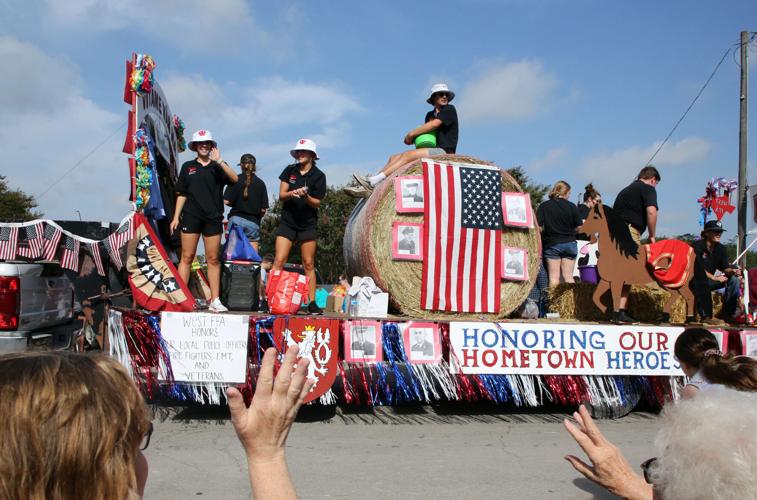 West High School FFA members ride on their float, “Honoring Our Hometown Heroes,” during the 2021 parade. Photo by Rod Aydelotte. 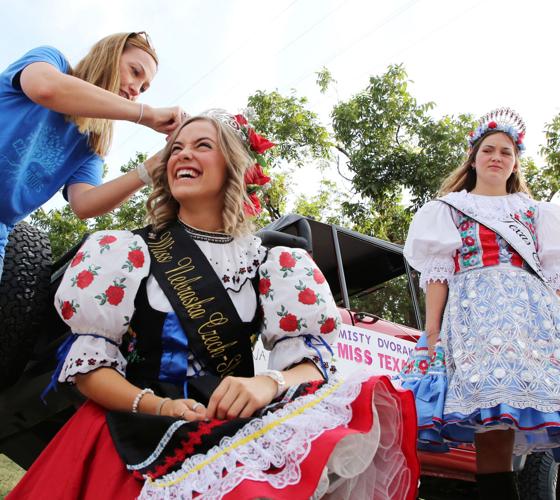 Anita Murphy of Abbott fixes the hair and crown of Cecilia Minchow, Miss Nebraska Czech-Slovak Queen, before the start of the 2021 Westfest parade. Photo by Rod Aydelotte.