The Central Texas Cattle Baron’s Ball fundraiser marks its 30th year at a new venue and in a new month, but its fight against cancer remains the same.

According to American Cancer Society statistics, roughly 10,470 children in the United States under the age of 15 will be diagnosed with cancer in 2022.

This year’s Central Texas Cattle Baron’s Ball will highlight that statistic and focus on pediatric cancer. Avery Stone, 6, will be this year’s honoree. She was diagnosed at the age of 2 with Atypical Teratoid Rhabdoid Tumor (ATRT), a rare, aggressive brain cancer that primarily affects children, her mother Brooke Stone said.

“Ninety percent of cases are in children under the age of 3,” Brooke says. “Five-year survival rates are only around 50%, meaning half of all kids with ATRT will die within five years of diagnosis.”

Fortunately, that is not Avery’s story. September is Childhood Cancer Awareness Month and Avery will be the honoree at the Central Texas Cattle Baron’s Ball on Nov. 5 at Knoxville Ranch.

“Avery had started to vomit quite a bit off and on,” Brooke said. “We thought she was maybe getting carsick sometimes, and in September our pediatrician told us she was just drinking too much milk.”

Avery’s symptoms continued to worsen until eventually she became lethargic and dehydrated.

“We took her to the ER twice and she was hospitalized once in the couple of months leading up to her diagnosis,” her mother says. “None of the doctors had even mentioned the possibility of a brain tumor and in fact we were told she was fine and would grow out of it.

“One day at daycare, our provider told me Avery’s hands were shaking so bad that she couldn’t get the spoon to her mouth to eat her lunch. About a week before Christmas, I took Avery to the ER again.”

This time Brooke asked for a scan to see if her daughter had a brain tumor. The doctor did not think so and declined to do a scan that day.

Fast-forward to one week later on Christmas Day and Avery was too sick to open her presents.

“We decided to take her to Dell Children’s Hospital in Austin that day to see if they could give her fluids and ask for a scan to rule out a tumor,” Brooke says. “They did a scan and were able to confirm a golf ball-sized tumor in the lower back region of Avery’s brain.

“The vomiting had been caused by all the fluid building up and causing pressure on her brain stem. She underwent her first brain surgery the next day to relieve the pressure building up in her brain, and on Dec. 28 the neurosurgeon was able to do a full resection of the tumor.”

Avery then had a complication from the tumor removal called Posterior Fossa Syndrome that closely mimics the symptoms of a stroke victim. Her mother says due to the complication Avery was unable to walk, talk or eat following surgery and immediately began therapy to regain her skills.

Avery also was transferred to Texas Children’s Hospital in Houston and enrolled in an ATRT trial hosted by St. Jude. Avery did four rounds of chemotherapy, six weeks of sedated radiation, and six months of an experimental trial drug before finally ringing the bell to complete her treatment.

She has been off treatment now for three years.

“Avery is in remission currently,” Brooke says. “Her brain/spine MRI in June was clear.”

Her mother says ATRT has an 80% reoccurrence rate, so Avery will continue to have regular brain/spine MRIs to monitor for any new tumors for the next two years.

Today, Avery is a spunky 6-year-old who started first grade this year.

“She marches to the beat of her own drum, loves practical jokes and carries on like nothing bad has ever happened to her,” her mother adds. “She looks forward to our Houston trips to visit ‘her friends,’ oncologist Dr. Lindsay, and child life specialist Toy Katy.”

Avery will continue to live with some minor long-term side effects of treatment but is doing remarkably well.

“She is able to go to school in a regular classroom and function like all the other kids her age,” Brooke adds. “She’s a walking miracle each and every day. There’s always a chance this monster will return, but for now we live day by day and thank God for every milestone we get.

“It’s too overwhelming to take in the stress and worry of all that the future might hold, so we just focus on the task at hand and enjoy all the little life moments.”

“I think each member of our family has had to work to regaining the pieces of ourselves that we put on hold during that time period,” Brooke says.

Avery’s 8-year-old sister Audrey adds, “When I was younger, I was scared Avery was going to die. When I got older, I understood it better and I was really happy when she got better.”

Both Brooke and her husband Luke say they have never felt more love and care from friends, family and strangers while they dealt with Avery’s condition.

“It’s a very humbling experience to have your child go through cancer and treatment,” Luke explains. “Most people don’t realize the effects it has on a family as a whole. It’s nice to see events that bring awareness to it.”

“Childhood cancer is one of the most terrifying, indescribable experiences that a family can go through,” Brooke says. “I’m extremely grateful to be able to advocate for these kids, and let people know that the cure is waiting; they just need the research funding to get there. These kids are so resilient, they deserve all the support we can give them.”

Another child will be memorialized at the Central Texas Cattle Baron’s Ball.

Kyle Coker died on Mother’s Day in May 2014 at the age of 4 from Diffuse Intrinsic Pontine Glioma (DIPG), a rare, aggressive fast-growing tumor that forms in cells in parts of the brain stem.

Jon Coker said his son Kyle died only 41 days after he was diagnosed. He is survived by his parents and his twin sister, Julie.

Jon, who is principal of Abbott ISD, tells a brief story of a random week in the family’s life in 2012 with Kyle.

“Our family attended a carnival in the fall of that year,” Coker says. “While there, Kyle wanted to rope the dummy steer like his Daddy does; we are both cowboys after all. I was trying to teach him; but he was not having any of it. He wanted to do it all himself.

“He stomped his feet and said proudly he can do it; despite this being his first attempt ever. It didn’t matter to me. I believed him when he said he could do it himself. I stepped back and allowed him to try. Made me proud.

“Later in the week, while I was teaching class; I took a phone call from his day care. The sweet lady on the line told me that Kyle had been in a ‘fight.’ After a brief conversation, I was on my way to pick him up.

“The story told to me by the teacher was that another child wanted to play with a toy his sister was currently playing with. Kyle wasn’t having that; so, he intervened and “the fight was on.”

For Kyle’s efforts, he earned a skinned-up nose and a call to his Dad.

“When we were driving home, I asked him what was going on,” Jon Coker said. “All his reply was, “I love Sissy.” I told him I do too, and I was proud of him for loving his sister. The conversation was over at that point; after all, he was only 3 years old.

“I took a picture of his skinned nose; to this day, it’s one of my favorite pics of him.”

Coker and his wife Krystal wrote that their son was “proudly independent, always wearing a huge smile with incredible dimples, and fiercely loving toward his twin sister, Julie. This is how we’d like to remember him.”  

The Castle makes its mark: A look inside before ‘Fixer Upper’ debut

NEW: Take a look inside "The Castle" in today's new Waco Today issue — though we weren't sure Magnolia would agree since the new show doesn't debut until Oct. 14.

Buckle in for the return of HOT Fair & Rodeo, celebrating 70 years

Billy Bob's about burgers and so much more

The blast of a train horn isn’t anyone’s favorite noise, but to patrons at Billy Bob’s Burgers Bar & Grill in Waco, it’s a sweet sound.

Texas History Minute: Hailing from East Texas, he was called “Dandy Don” by millions of sports fans across the country, known for his easy humor and colorful life. 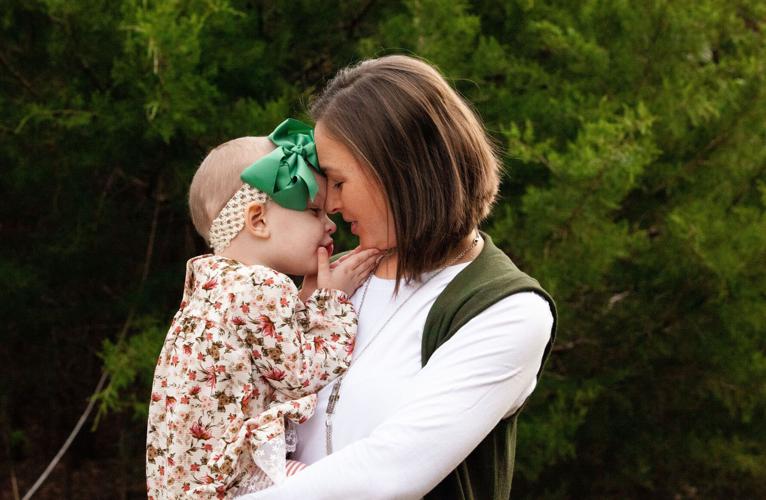 This poignant photo of Avery and her mother Brooke Stone captures the moment of love between a mother and her child. Photo by Sharla Kay Photography. 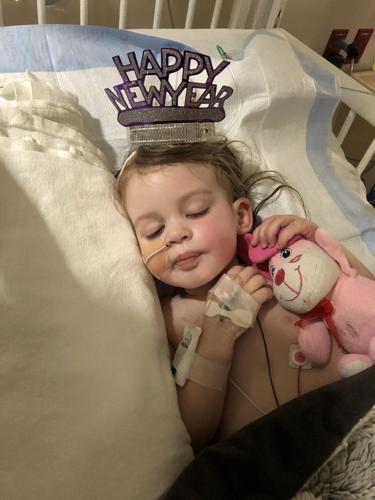 Avery sleeps in Dell Children’s Hospital in Austin on New Year’s Eve 2017 while recovering from surgery that removed a golf ball-sized tumor. Photo by Brooke Stone. 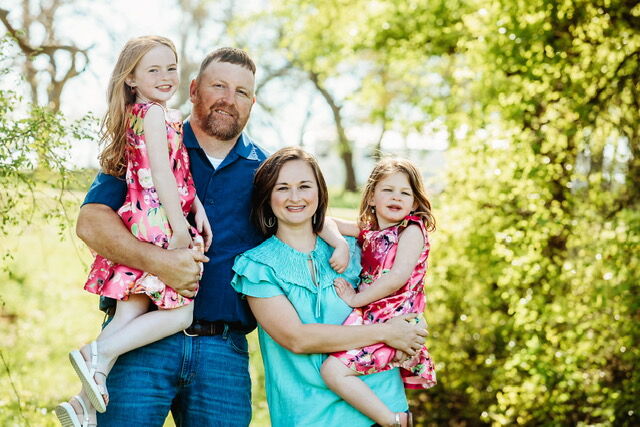 This family photo taken in 2021 shows parents Luke and Brooke Stone with their daughters Audrey (left, now 8) and Avery, who is 6. Photo by Sharla Kay Photography. 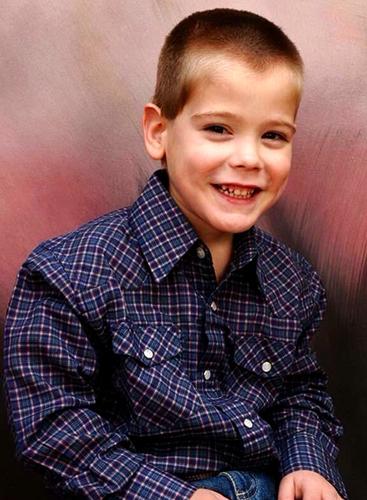 Kyle Coker was just 4 when he died on Mother’s Day in 2014 from a rare and fast-growing tumor in his brain. Photo by Coker family. 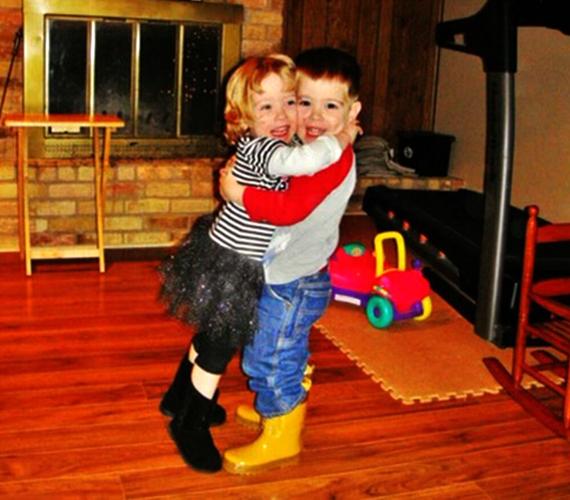 Twins Julie and Kyle Coker give each other a big hug when they were 2½. This is mom Krystal’s favorite photo of the two of them. 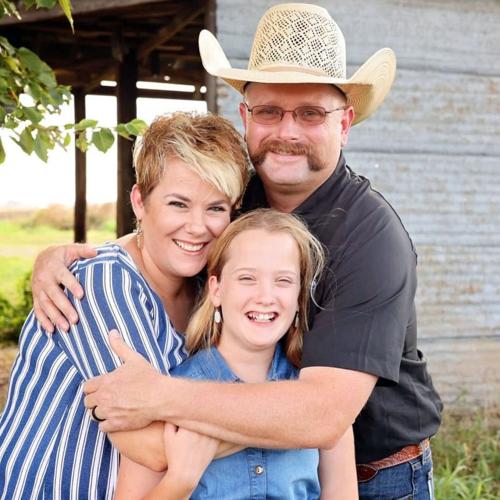 Jon and Krystal Coker and their daughter Julie in a 2021 photo. Julie, now 13, is Kyle’s twin. Photo via Facebook.