If you live around Houston, you may know about “The Painted Churches of Texas.” They are restored churches from the 1800s with paintings, statues, choir lofts with pipe organs and antiques.

Many stunning restored churches, both brick or wood, exist throughout Texas. The best known 20 are near Schulenburg. Artists painted the churches in this area as they appeared long ago for the German, Polish and Czech areas of Europe, when they arrived.

This story features a lesser known “painted church” with a story in culture and cooperation. Church of St. Mary’s Nativity, commonly called St. Mary’s Catholic Church, is not near Schulenburg, where the better known “Painted Churches of Texas” offer tours.

On a ride in the countryside one Saturday afternoon, we discovered this exquisite painted church near Navasota, a little closer to our home than Schulenburg, and arrived a day before the church’s annual bazaar.

The sun shone on busy people rushing to assemble their “country store,” arrange items for the silent auction, and ready the large cooker for the crowds arriving the next day.

The Rev. Ed Kucera is pastor of St. Mary’s, which boasts a church registry of 1,300 families even though the nearby town of Plantersville reported a population of 431 in 2019.

“Father Ed is the driving force,” said Bill Jones, the parish administrator. “He’s motivational, kind, and a blessing in the community, where many activities help others, and we socialize. Our gathering room is full between Masses, which helps build and maintain our sense of community. Our folks don’t just come to church and go home.”

Germans and Polish-Russians started the Church of St. Mary’s Nativity in 1873, and founded it in 1894. Unfortunately, lightning destroyed it, but it was rebuilt in 1921. The steeple was shortened to avoid future strikes.

When restoration began at St. Mary’s, stencils and messages in German were discovered after scraping off coats of paint. The intricate lettering was covered up during World War II because of mistrust of Germans.

Today we see the beauty of the messages, as the resident professional church artist, Donell Hill, scraped and scraped to save the messages left to honor Jesus. Hill completed the spectacular artistry.

St. Mary’s is well known for stretching its church as it grew, because the church ran out of space. Members did not want to go to another church: baptisms and marriages held in the church and grandparents laid to rest in the nearby cemetery helped them maintain their roots.

Someone suggested they needed to stretch the church for their burgeoning parish. They did it.

The church was cut in the middle; the rear half was moved 33 feet farther back. Then they built the roof over the front, middle and altar. The integrity of the church remained.

It almost sounds like a fairy tale, but I saw the photos. I heard the story from the pastor’s lips. No one would ever guess that some pews are not antiques. It blends. They accomplished this feat together. The restoration is a work of art and cooperative efforts.

Parishioners of the church adorned it with glorious artifacts, such as statues of Our Lady of Perpetual Help, Joseph and baby Jesus, St. Anne, and other items. They continue to use the processional staff made with a wooden pole and brass crucifix from the 1860s at every Mass.

Gifts from others include personal heirlooms and offerings from their homelands.

St. Mary’s has fun for all ages. Their annual bazaar attracts about 5,000 people. I don’t know of any other church that keeps beverages cool at parties in a beat-up wooden coffin lined with plastic.

Members are proud of their bathrooms. The church had no bathrooms for a long time. When anyone felt an urge, the walk (or run) was quite a distance to the meeting house.

St. Joseph’s celebrates Mass once a week, whereas St. Mary’s, with its larger German and Czech population, offers Mass five times on the weekend and daily Mass Monday through Thursday, and on the first Friday of each month. Father Ed also manages St. Joseph’s.

For the other painted churches, the Schulenburg Chamber of Commerce offers scheduled tours for tourists. Be sure to buy their $5 brochure for your self-guided tour, as the map is excellent. The guided tour offers detailed histories and stories. They are in the small towns of Ammannsville, Dubina, High Hill, Praha and Freyburg.

If you are interested in more information, Google “Painted Churches of Texas.” Information is plentiful. I chose the St. Mary’s Church for two reasons: the passion of its members and the location may fit your travel plans more easily than the churches near Schulenburg.

St. Mary’s Catholic Church in Plantersville is a gem equal to those ornate and beautiful painted churches. 

Nikki Alexander has a disposition that’s as shiny as the 16,000 pennies covering the bartop at Hemingway’s Watering Hole, where a well-worn wo…

Although she calls her Czech-American Restaurant a “hole in the wall” with its well-worn décor, Jenene Gueringer’s eatery remains the oldest b…

Angela Smith is a woman to watch: Freely admitting she is a people pleaser by nature, she wears a number of hats in Clifton, most notably as c…

Chamber VP Kris Collins helps businesses call Waco home: If it takes a village to raise children, it takes an even stronger group to promote a…

Suzi Pagel has dedicated her career to students and staff of Midway ISD: After more than two decades and $2 million in classroom grants and pr… 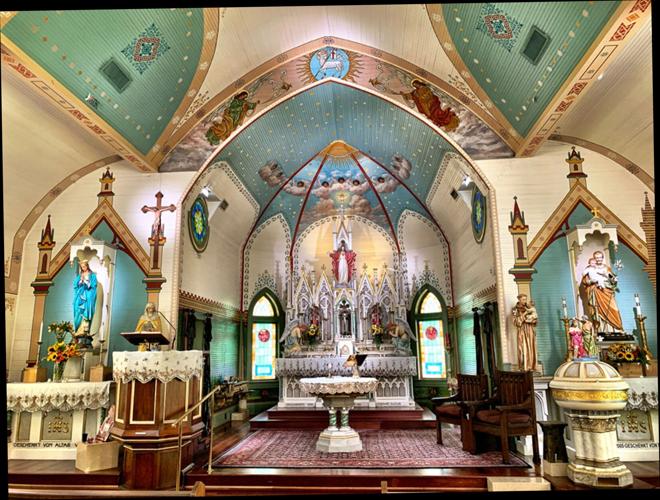 The ornate design and paintings of the altar area in St. Mary Catholic Church in Plantersville is the same as the better known “Painted Churches of Texas” in rural communities around Schulenburg. 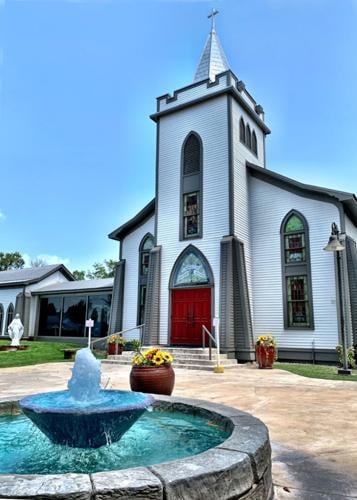 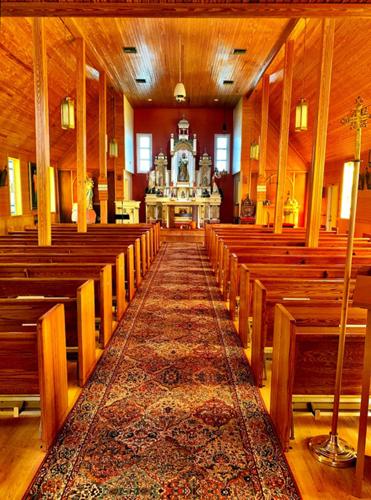 Though lacking the paint design of the larger St. Mary’s Church, nearby St. Joseph’s Mission has a special appeal of its own.