Weeks after opening its doors, iCode Waco is buzzing with summer camps and anticipating the start of after-school programs where local students make screen time productive.

Anyone with a tech-savvy child knows the addictive nature of games like Fortnite, Roblox or Minecraft, which on its own attracted over 130 million users in 2020. But there is more to these popular games than meets the eye.

Older generations might recall opening their Nintendo console with a screwdriver or tinkering with a ham radio. Today there is exponentially more technology for a child to deconstruct and reassemble. Those concerned that today’s children suffer from a lack of curiosity have only to look to a new medium to find that the “how-does-it-work” child never left.

Though they are typically used for play, Minecraft and other popular games can be useful tools for teaching students how to access and manipulate different types of code, the system of language and rules on which games are built.

Just as someone who loves to drive can learn to modify an engine, so too can tech-savvy students learn to modify their favorite games. Incidentally, this skill involved with tinkering under the hood of a video game is the same one used to create digital experiences adults interact with every day.

When someone scrolls through social media, speaks a voice command to a smart device, or buys a pair of shoes online, they are interacting with code. Each line of code is written by a programmer or computer scientist, among other names.

“STEM (science, technology, engineering, and math) education and computer science is our future, and we saw a need to advance Waco’s workforce, starting with our children,” Vickers said.

Consequently, iCode Waco’s focus is promoting and channeling technology interest in students from kindergarten through 12th grade through projects that not only give students a comprehensive foundation in technology but also celebrate critical thinking, collaboration and creativity.

Piper Green, director of operations at iCode Waco and a former educator, knows this approach bridges the gap for local students who often need more instruction than public school initiatives, individual tutoring or self-education can provide.

“Technology is like any other skill,” Green said. “Students need time, a challenge, and support to reach their full potential.”

Clicking keys and determined conversation are audible from the different hubs inside iCode, located in the Crossroads Shopping Center, where students work on a variety of projects in small classes.

On certain afternoons, students battle robots in a specially constructed arena. The aim is simple: pick apart your opponent’s robot or push it outside the arena boundary. Green recalled one student who, after his first battle, decided to modify his robot with a swivel action.

In the next round, his robot grabbed pieces of the opponent, swiveled, and darted off in a direction the other robot was unable to follow. This robot, which the group termed as “unbeatable,” was the handiwork of a second-grader.

“The goal is to equip our students with a strong foundation in computer science, while enriching their overall academic strength,” Green said. “They’re challenged to problem-solve, be creative, and practice leadership and teamwork alike.”

Developed by experts in education and technology at the national iCode headquarters, the iCode curriculum ensures that an emphasis on critical thinking is hard-wired into each project. Instructors are schooled in coaching students to use a combination of skill and teamwork to overcome challenges.

Green said she encourages parents to bring a flash drive to save their student’s achievements. The ceremonies often mark a rare opportunity to observe their child’s skill.

“It’s amazing to see the ‘a-ha’ moments from the parents when they realize the incredible talent and work ethic their child has,” Green said.

These achievements also translate to resumes for those students who decide to choose computer science as a career, she said.

To find out more, parents can call iCode Waco and schedule a visit. The team at iCode will determine the best program fit for a student’s interests and goals. A free trial class allows students to test out the program.

This fall iCode is offering the following after-school programs:

Signature Belt Program (most popular) — The belt program follows a curriculum that gives students a comprehensive technical foundation as they move through nine achievement levels. Students work in small class settings with an instructor to complete their belt projects (two hours per week for 9-12 months).

Paths Program — This program allows students to spend time mastering technologies that interest them most. In a small class setting with an instructor, students focus on their favorite games and platforms including YouTube production, Roblox, Minecraft, Python, Java, web development (HTML, CSS, JavaScript), game development and more (Two hours per week for 3-9 months).

Anytime Program — This flexible, self-paced program allows students to complete a curriculum that targets coding through games with guidance from an iCode Waco instructor. By the end of the program, students will have coded a game from start to finish (no specific time commitment).

After-school programs — For participating districts in the Waco area, iCode offers programs on school campuses that are STEM-based and instructor-led (two hours per week). 

Welcome to Pivovar in downtown Waco: “We have Czech history. But we’ve got Texas hospitality, and those two combined can’t be beat.” 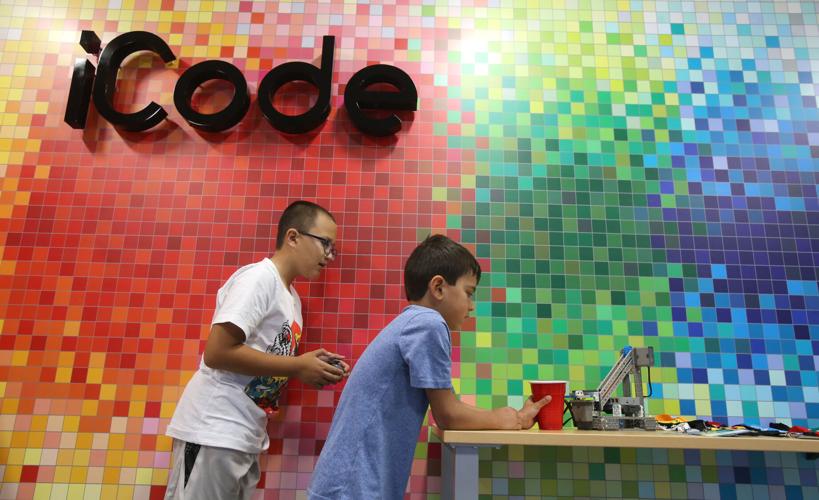 Jude Rupley, 10, (left) and James Lalani, 6, direct a robot to do a task in the lobby of iCode Waco, which opened this summer in the Crossroads Shopping Center. Photo by Jerry Larson. 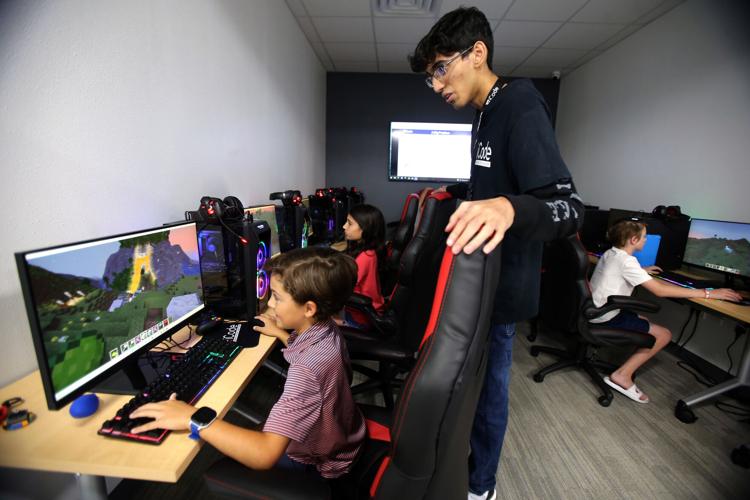 Camp participants (from left) Nico Caballero, 10, Ava Lalani, 10, and Jaideyn Slaughter, 9, learn skills in Minecraft as teacher Shanil Kazani oversees them in the “Infinity and Beyond: Engineering Journey Through Space” program at iCode Waco. Photo by Jerry Larson. 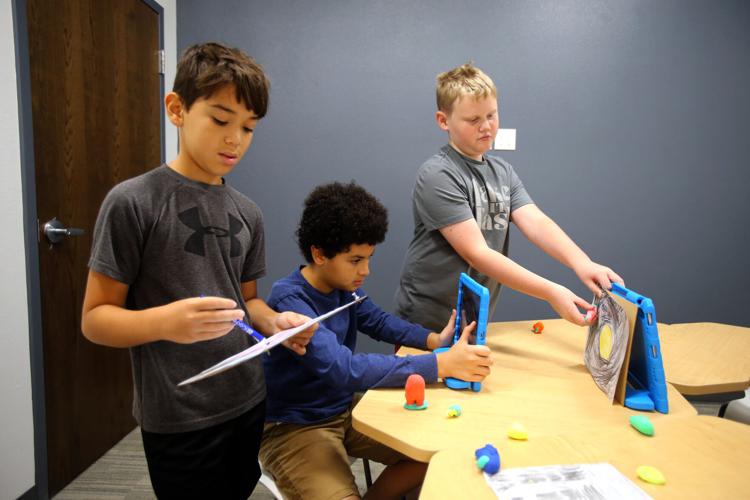 This trio in the “Tech Avengers: Game Design and Stop-Motion” summer class are creating a stop-motion video. Lukas Bruismann, 9, (from left) checks the storyboard while Harrison Wilder, 10, lines up the tablet’s camera and Tanner Heizer, 10, holds a figurine in different positions for the stop-motion effect. Photo by Jerry Larson.