Editor’s note: This is the first of two parts.

Frank Hamer was one of the most famous and controversial members of the Texas Rangers during his long career in law enforcement in the first half of the 20th century.

Perhaps best known for his pursuit and final gunfight that ended the lives of the infamous Bonnie and Clyde now more than 80 years ago, he had built a reputation from many other events.

Overall, in addition to his many adventures, Hamer was part of a generation of law officers that saw the transition from lawmen on horseback chasing rustlers to fully equipped and trained modern organizations using modern equipment and scientific techniques to enforce the law.

Francis Augustus Hamer, simply known as “Frank,” was born in the small community of Fairview in 1884. His father was a blacksmith. The family moved to San Saba County when he was still young before moving on to neighboring Llano County, where he attended local schools in the tiny community of Oxford.

He had little formal education, but he had strong instincts about people and a stubborn nature that pushed him to pursue suspects relentlessly and an unquestioning loyalty to the Rangers even in the face of the fiercest criticisms.

In 1905, he participated in a sheriff’s posse and helped apprehend a horse thief. He joined the Texas Rangers force of Capt. John Rogers at Alpine the next year. At that time, the Rangers were still more of a horse-mounted state police force rather than the elite investigative unit it became in the coming decades.

He patrolled the Rio Grande Valley for a few years before he became city marshal of Navasota in 1908.

He sharpened his reputation as a lawman in Navasota, then a wild town dancing on the edge of anarchy. He brought order to the community before taking a position with the Harris County Sheriff’s Department in 1911. He returned to the Rangers in 1915.

By this time, Mexico was in the midst of a civil war which sent refugees pouring across the border as well as bandits looking to make a dishonest dollar in the chaos or to feed the coffers of Mexican warlords. Hamer found himself in many gunfights as he apprehended bootleggers, thieves and gun smugglers along the border.

Hamer became a special investigator with the Texas and Southwestern Cattle Raisers Association in 1917, mostly working to round up cattle rustlers. He entered into one of the most controversial years of his life at this point.

He married Gladys Johnson that year, who, along with her brother, was charged with the death of her husband. While driving into Baird, where the trial was to be held, they encountered Gus McMeans, former Ector County sheriff and the brother-in-law of Johnson’s dead husband.

The two sides erupted into an argument and a gunfight ensued. Both sides fired wildly, with Hamer killing McMeans, but not before McMeans seriously wounded Hamer. The Texas Ranger was not charged, and his wife was eventually acquitted.

In the meantime, the Rangers found themselves the subject of intense criticism for what was seen as heavy-handed tactics in dealing with suspected criminals. The most outspoken critic, state Rep. Jose T. Canales of Cameron County, clashed with Hamer repeatedly in 1918.

Hamer defended his fellow Rangers, but Canales charged that Hamer threatened him and had to have bodyguards protecting him at the State Capitol until the controversy subsided.

Hamer then served as a federal Prohibition officer in 1920, though he was reportedly fond of a drink himself. Nevertheless, his work led him into many gunfights across West Texas as he tried to control the flow of liquor.

He returned to the Rangers in 1921, where his work led him to combating the growing influence of the Ku Klux Klan and putting down race riots. While being threatened, he risked his own life to save more than a dozen people from being lynched.

He also led the pursuit of Red Lopez, who killed at least 30 people across the West before being confronted by Hamer and the Rangers in a deadly shootout in 1921.

In one of his most famous exploits to this point, he broke up an assassination ring organized by the Texas Bankers Association in 1928. Several bankers had started posting $5,000 rewards (more than $74,000 in 2019 dollars) for the deaths of suspected bank robbers and nothing for those caught alive.

Hamer learned that the alleged robbers never robbed the particular banks and were simply local miscreants and more minor league criminals set up by bankers and local police officers to be eliminated.

His investigation showed that several of these suspects were framed in order to collect the reward money on their deaths. The practice quickly stopped, for the most part. However, no one was indicted or imprisoned over the scandal.

In 1934, the crime spree of the notorious Barrow Gang captured national attention as nine police officers were killed in various confrontations with them in Texas and Louisiana. Texas Rangers called in Hamer to track them down and bring them to justice in a chase that became legendary.

Next month: Hamer and the Rangers take down Bonnie and Clyde.

He was appointed as a special officer for the state highway patrol with the single purpose of capturing the Barrow Gang — Bonnie and Clyde.

Dr. Ken Bridges is a writer, historian and native Texan. Bridges can be reached by email at drkenbridges@gmail.com.

Welcome to Pivovar in downtown Waco: “We have Czech history. But we’ve got Texas hospitality, and those two combined can’t be beat.”

Labor Day weekend means one thing to many Central Texans: Westfest, the annual celebration of Czech heritage with live music, dancers, food, rides and many other activities, all for a good cause.

A free heart screening for Waco-area high school athletes on Aug. 6 had its beginnings thanks to Schlotzsky’s.

From daredevils to dystopias, tomato tales and Ukrainian history, you can find a great new book with these local recommendations from Waco libraries. 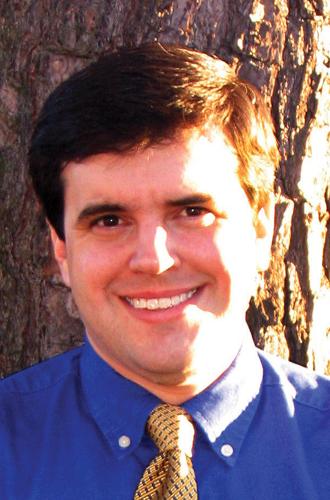 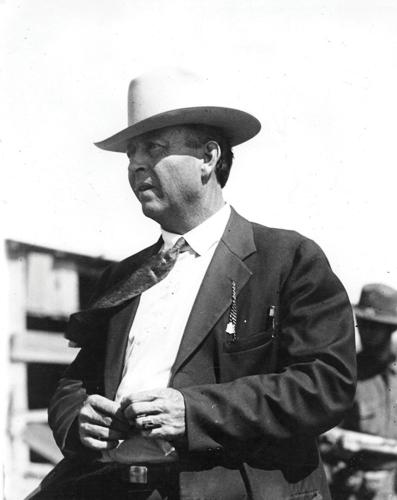 Legendary Texas Ranger Frank Hamer may have everlasting fame from the shootout with Clyde Barrow and Bonnie Parker, but his legacy is much more extensive.