Triple B’s Smokehouse Bar & Grill on Hewitt Drive not only brings “Big Texas Flavor,” as its menu used to boast, but it also stands as a tribute to co-owner Jeff Brown’s brother and father.

“I lost my older brother, Billy ‘Buck’ Brown, in a car accident in 1993,” Brown says. “He always wanted his own ranch called the Triple B, and I have carried that with me for years, thinking that if I ever owned something with real significance, I would give it that name to give partial life to his dream that could never be fulfilled.

“I resolved to honor my brother in everything I did and am glad my partner, Cameron Nordhausen, agreed to name our restaurant Triple B’s Smokehouse.”

Brown’s father, Tommy Brown, had his barbecue pit running all the time in Cross Plains because he just loved to cook for anyone and everyone.

“Unfortunately, I lost my dad in 2012, but his recipes are being kept alive and his love for people by myself, my family and our crew, hoping to bring as much joy to our customers as he did back home, where everyone knew Tommy Brown by name,” he adds.

Brown remembered those recipes through his grocery job in Cross Plains to Cisco Junior College into marriage and fatherhood with a daughter. He would commute an hour to welding jobs in Brownwood and later enrolled at Texas State Technical College in Waco.

“The best thing I learned at that point was that if you surround yourself with the right people, you can accomplish things that you couldn’t ever dream of,” he says. “After graduation at TSTC, I worked at Mrs. Baird’s and Coca-Cola, and things were great before the 2008 recession hit. I got behind on bills, filed for bankruptcy and divorced.”

Through it all, he remembered his dad’s words that in life, it doesn’t matter how many times you fall; it’s how many times you get up. Get up he did, remarrying and working two jobs until his mother-in-law asked him to provide some barbecue once a month for her vendor markets.

“I had always done this for family or friends for parties or get-togethers, but never sold it,” he remembers. “But I’m always up for a challenge and always up to making a few bucks, so I said yes, and that’s where it all started — a folding table and my dad’s big old rusty smoker trailer that we call ‘The Beast.’

“After a few months, we started selling out on our brisket and Hawaiian pork sandwiches, and people started showing up just for the food. That’s when we decided that we might want to buy a food truck.”

Needing help in the endeavor, Brown approached his friend, Allergan co-worker Nordhausen, who volunteered his assistance to buy a barbecue trailer, and Triple B’s was born, allowing them to operate their new business full time.

After running the Melody Ranch kitchen briefly, the Smokehouse crew moved into a “hole-in-the-wall” restaurant in Speegleville near Brown’s home but nearly shut down due to the pandemic. The Speegleville location was shuttered after opening the current spot with a grand opening Jan. 3.

The Hewitt restaurant, which includes a bar and patio, can seat 150.

“Hewitt is not only a prime location, but it is also a community that myself and my family have been part of for years,” Brown says. “All of my kids have either graduated from or are currently in Midway schools and have been involved in Midway Little League, as I have.”

He also brought on Keith Schroeder, a 1998 Midway High graduate who originally worked as a temporary consultant but stayed on for the long run as general manager.

“It was rocky at the beginning, but we’re really busy now with over 30 staff and daily discounts for veterans and first responders,” Schroeder says. “We also feature live music Friday and Saturday from 7 to 10 p.m., including Chris Lowe, Mike Stanley, Gordon Collier and many others along with special events on all big holidays.”

If those don’t hit the spot, how about a half-pound Bear Burger (with onions and jalapenos), the Midway Burger or The Big Joe with brisket, bacon and the special house sauce, all coming with seasoned potato wedges. Or maybe try the barbecue or chicken sandwich, the grilled cheese Slaughter melt with brisket, steak finger basket, chicken strips or beer-battered catfish basket.

Barbecue plates start at $14 for single meat, $16 for double and $18 for Triple B with two sides, bread and sauce.

Customers can find a range of alcoholic beverages like whiskeys, margaritas, pina coladas, an espresso martini, and strawberry mules with pureed strawberry, lime juice and vodka topped with ginger beer.

Triple B’s offers an intriguing feature, filling a beer glass from the bottom, but don’t try to figure it out holding the drink over your head as a recent customer did.

“The guy made the mistake of wanting to see how the glass’s magnet worked, held it over his head and moved the magnet, pouring his drink all over his head,” Schroeder remembers with a smile.

Triple B’s servers come to the tables instead of having customers order at the counter. It also provides alcoholic drinks to-go in sealed pouches.

Be sure to save room for Nana’s peach or apple cobbler, homemade banana pudding or the signature deep-fried Brownie Delight.

“Down the road I’d love to franchise Triple B’s, expand Cameron’s coffee bar and offer a limited breakfast menu,” Brown says. “Until then, however, the Hewitt area has given so much to us that we just want to give it something back, whether it be just good food, a local watering hole, live entertainment, or through employment, either within the restaurant or as a local musician.

“We are all about helping this community thrive, and our goal will always be to bring ‘Big Texas Flavor’ at an affordable price and create an atmosphere as close to family gatherings as possible.”  

Those Who Make a Difference: Erin and Austin Montgomery

It’s a simple approach: “Just get out and serve someone.”

Mission Prom continues to provide a prom experience for high school seniors who may not otherwise get to enjoy one, and two Waco High School seniors were pampered on prom day last month.

Riding tall: Seniors enjoy benefits of being on horses

Native Texan and former President Lyndon B. Johnson enjoyed it. Former first lady Jackie Kennedy did it all her life, and in the height of COV…

Everyone hopes to remain active and mobile as they move into their “golden years.” The physicians at Waco Foot & Ankle use their skills to treat issues with those extremities.

Garden: The perils of Tina Tomato

Don’t let what happened to poor Tina Tomato happen in your garden — I hope that this diary will inspire my readers to take care of their plants so they can reach their full potential.

The name Ima Hogg has been a running joke in Texas for many years. However, for anyone who knew her or had ever been touched by her many works, the real Ima Hogg was anything but a joke.

Shawna Roscom said if she could tell people anything about the importance of financial planning, it would be “You can never start too early.” 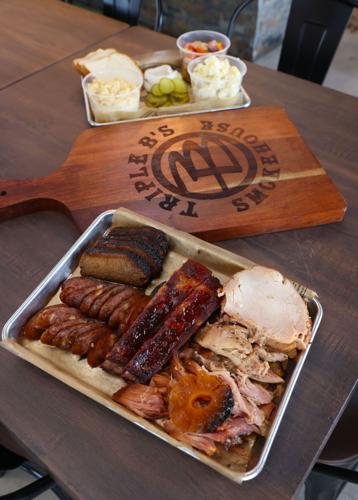 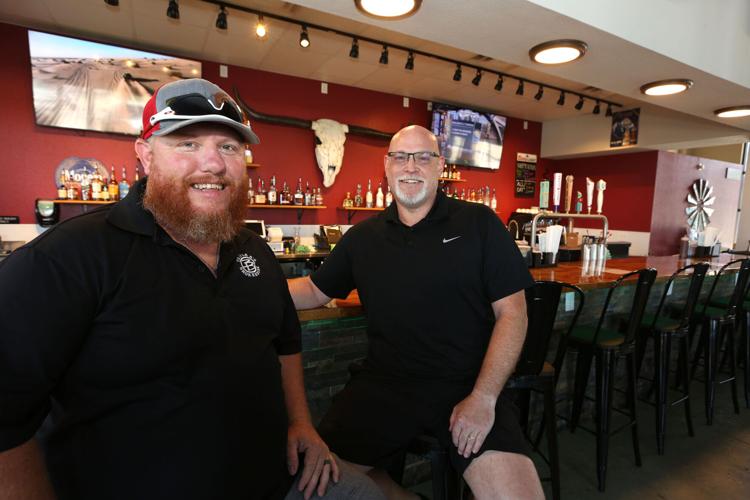 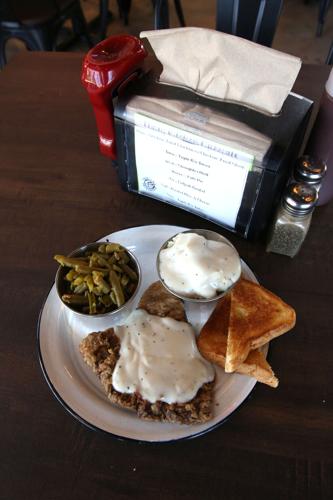 A hefty hunk of chicken-fried steak with two sides and Texas toast ($15) will fill most diners. 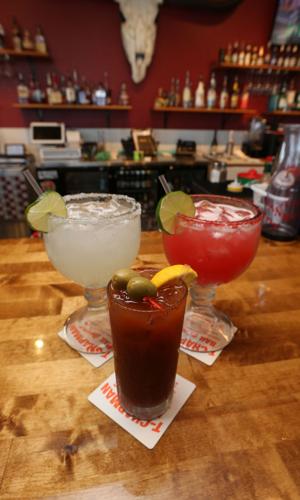 You can always wet your whistle at the bar with options such as a Bloody Mary (front) or margaritas, both regular and strawberry. 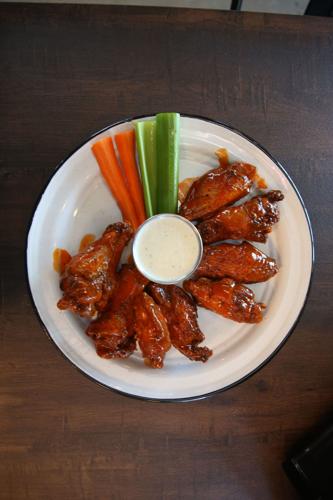 An always-good appetizer choice, wings ($12) are deep-fried naked and then tossed in one of Triple B’s signature sauces and served with ranch or bleu cheese for dipping. 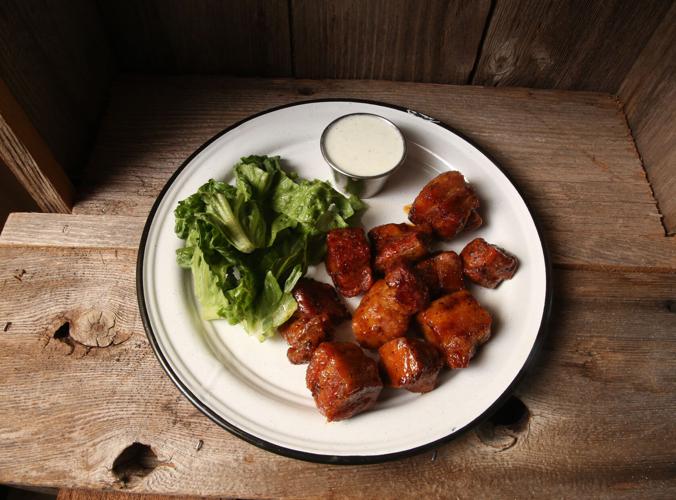 The pork belly burnt ends ($14) is a half-pound of pork belly smoked on the pit and flash-fried to a crisp and tossed in a honey-habanero glaze. 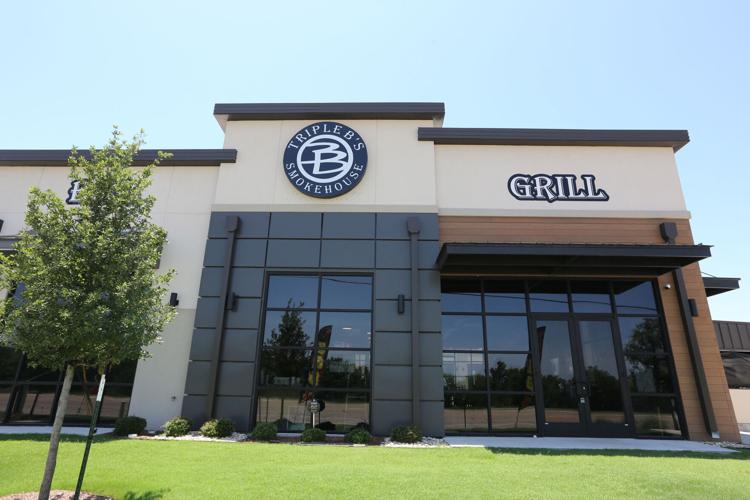 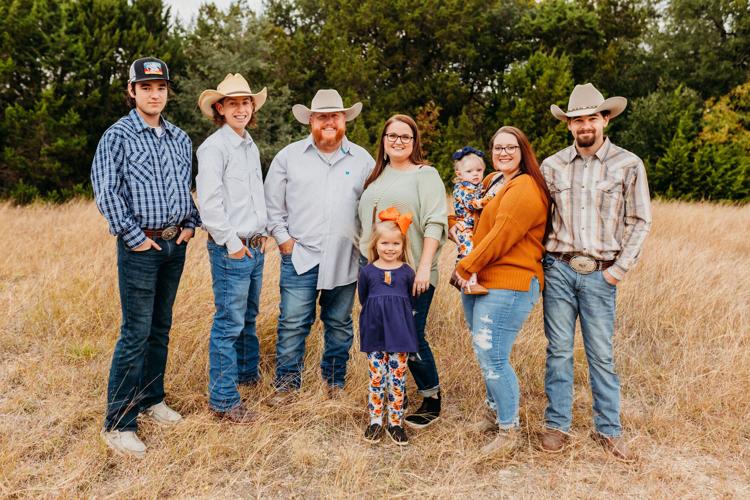