Rachel Solano is much more comfortable in the kitchen than on the bodybuilding competition stage, where she wears a bikini designed to accentuate her well-defined muscles.

But the curriculum director for Young Chefs Academy uses her training as a chef to help her properly prepare for the rigors of the sport.

Solano was born in Hollywood, Florida, the second youngest of four and the only girl born to Susan Velasquez and Larry Michalk. The family moved to Central Texas when she was 10 after the deaths of her father’s parents. They owned land in Moody.

At Moody High she was an active Bearcat athlete, doing basketball, volleyball and track, and being a member of the dance team. Her father owned a business that built custom playgrounds.

“Construction work, and I worked for him from like age 8 to 18,” she said. “Growing up with brothers was a good foundation for me just being healthy and strong and active. We had a garden growing up, so I learned how to harvest and grow and cook vegetables.

“My mom made everything from scratch. My friends were eating pizza and hamburgers, and while I’d much rather do that, it really instilled a lot of healthy habits for me.”

She spent a lot of time cooking with her mom.

“But I never had a job officially as a chef or in the food industry until 2008 when I started working with Karyn (Miller Brooks) at Gourmet Gallery. She gave me this opportunity, knew I had a passion for cooking.”

When Solano wasn’t working in the kitchen, she was working out at Gold’s Gym.

“I was already kind of a gym rat,” she said. “I really enjoyed working out. I wasn’t bodybuilding, but I was strength training.”

It was through Gourmet Gallery, however, that she met and befriended Jennifer Kieschnick, a competitive bodybuilder.

“It was around 2013 that I started paying attention to how she was working out in the gym,” Solano said. “It’s just a comfortable family atmosphere, but there are some serious bodybuilders in there.”

“I went and watched her compete at a show, and I thought, ‘This is cool. I’m gonna try it,” she said. “If you talk to any bodybuilder who competes, that’s really what hooks them in; they witness a show and it’s just so impressive to see these athletes … they’re at their peak with beautiful sculpted bodies. You can’t help but just be inspired.”

Another bodybuilding friend, Nicole Tekell with Camp Gladiator, convinced Solano to get on the stage.

“She said, ‘Hey, you should do this bodybuilding show in two months with me.’ And I thought, um, okay. So she and I did a show together in April of 2014.

“There were 30-plus other female competitors, and it was just fantastic to be around them. We’re all backstage getting ready for our turn on stage and it’s just, like with any pageant I would imagine, it’s basically a pageant for fitness-minded people.

“You have that camaraderie backstage where everybody has worked so hard and dieted so hard for so long, and then it’s your day to celebrate and show it off.”

But it can be nerve-wracking, she said, flexing in an expensive, crystal-encrusted bikini as judges scrutinize your musculature.

“For my division, which is called figure, they’re looking for that ratio of shoulders to waist to hips. So when you look from the back, it’s just kind of a V straight down to the waist, then round glutes and a nice quad sweep.”

While the competition is against other bodybuilders, Solano said it’s ultimately about being your best.

“Some people just have the genetic structure to build muscle faster or have a better shape,” she said. “It’s all about shape and symmetry. So you can’t go into a competition thinking, ‘Oh, they’re just perfect genetics and I’m never going to beat them.’ Just say, ‘Hey, I’m going to be the best version of me I can be.’ That’s something I’ve learned over time.”

Even though she’s now 42 years old and came to bodybuilding relatively late in life, one of her best competitions came in 2021 at the National Physique Committee’s Teen, Collegiate and Masters National Championships in Pittsburgh.

“I think was my best overall show,” she said. “That was the best physique I’ve ever had.”

Bodybuilders do not compete year-round, she said, because that level of lean physique is not sustainable.

“The training, the weightlifting, is consistent,” she explained. “But when you’re getting ready for a show, you want to lean-out and reduce your body fat. So that’s when we diet.”

Solano said there two seasons for a bodybuilder — improvement season and competition season.

“In improvement season you’re eating in a surplus usually because you’re trying to grow muscle as much as possible,” she said. “So, lots of food in that improvement season. And then come competition season you just slowly start dieting and cutting calories.”

Solano diets from 13 to 16 weeks out before a competition, losing about 25 to 30 pounds in the process.

“As a chef, I know which ingredients are more caloric,” she said. “As an athlete, I know which ones are going to help me perform in the gym. So I’m very strategic, especially in that competition diet phase, where my higher-calorie meals are centered around my workouts, all the while I’m dieting.”

During that stretch she takes weekly assessments with photos to determine how lean she is becoming.

“This is the corporate office where we develop all of the curriculum for the cooking lessons,” she said. “We do all of the marketing. We have an operations director, and the owners (Julie and Charles Burleson) live here, too.

“It’s a small corporate staff. What we do in Waco is when we sell a franchise, the new owners come here and we teach them how to teach our lessons. They get a week of culinary instruction learning how to cook in the kitchen and teach the kids.”

Although Chefs Academy’s corporate office is in Waco, there isn’t a local franchise anymore for teaching children.

“Our mission here is to empower kids through cooking,” she said. “I develop recipes. I write the lesson plans. We teach them the joy and value of cooking in an environment that’s safe. It involves them in every aspect of the cooking process.”

Solano and her colleagues rarely go out to eat; instead, they take advantage of the test kitchen to make their own breakfasts, lunches and healthy snacks.

She has been married to Alfred Solano, vice president with Waco Family Medicine, for 14½ years. They started dating when both worked at CTWP Waco, an office equipment company.

She’s appreciative of the support that Alfred, as well as his parents, Adela and Rudy Solano, provide her as she works out and competes at shows.

“It takes a strong man to support a bodybuilding wife; even before women empowerment has become trendy,” she said.

For her, bodybuilding is as much a passion as being a chef.

“I get excited when I see changes in my body when I’m doing something that has a result that I want,” she said. “You sacrifice a lot of social time for gym time and your food is different than a lot of other people in your friends and family.

“But it’s really worth it to me as a competitor to make those sacrifices. My colleagues, my family and my friends are so supportive. They understand. They don’t think it’s weird anymore … I don’t think.” 

Nikki Alexander has a disposition that’s as shiny as the 16,000 pennies covering the bartop at Hemingway’s Watering Hole, where a well-worn wooden counter is now a gleaming bartop.

Although she calls her Czech-American Restaurant a “hole in the wall” with its well-worn décor, Jenene Gueringer’s eatery remains the oldest bar and oldest family-owned restaurant in West.

Suzi Pagel has dedicated her career to students and staff of Midway ISD: After more than two decades and $2 million in classroom grants and programs, she retires this month.

Her Waco restaurant is a tribute to her beloved daughter: “Coworkers laughed when I told them I wanted my own business...Later, some of them ended up working for me.”

“Variety is the spice of life” fits Christy Swanson like a glove: A familiar face in civic leadership, she has moved into a new role with Heart of Texas Goodwill.

Those Who Make a Difference: Christy De Leon

Those Who Make a Difference: Christy De Leon is CFO and president at TFNB Your Bank for Life, the only woman bank president in McLennan County, if not Central Texas.

Central Texas Foodie: The battle of the Brunswicks

Central Texas Foodie: Brunswick Stew is one “gastronomic miracle” I’m happy made its way to Texas. This is one battle we don’t need to fight.

Chamber VP Kris Collins helps businesses call Waco home: If it takes a village to raise children, it takes an even stronger group to promote and build a city.

Angela Smith is a woman to watch: Freely admitting she is a people pleaser by nature, she wears a number of hats in Clifton, most notably as community development director. 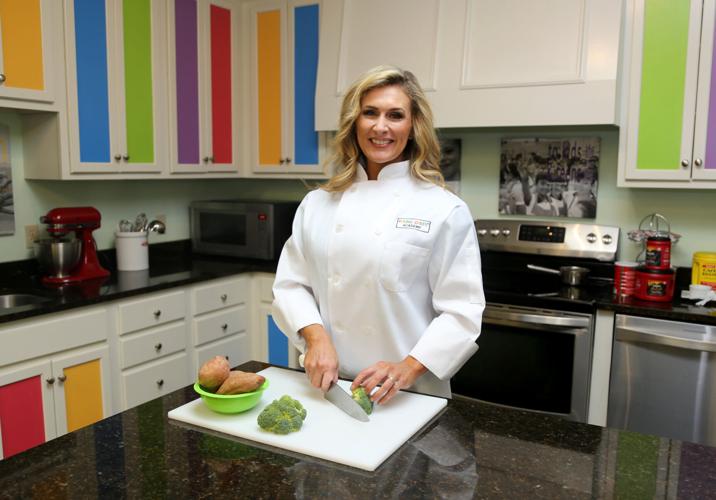 Chef Rachel Solano wears a chef’s coat in the test kitchen at Young Chefs Academy, where she is curriculum director. The kitchen is used in training new owners of franchises. Photo by Ken Sury. 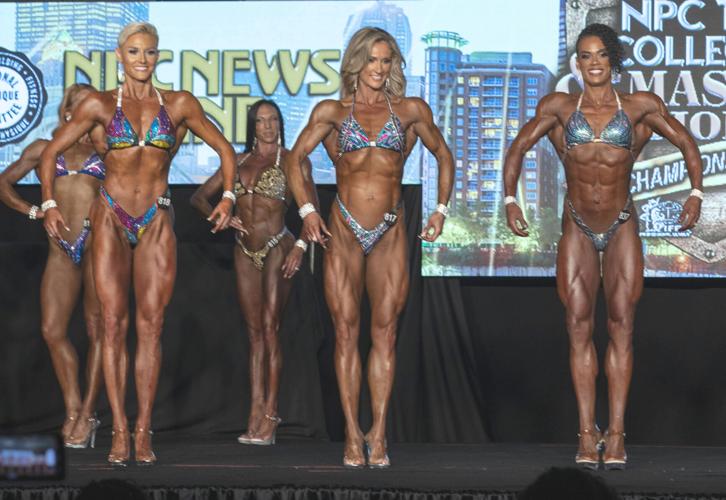 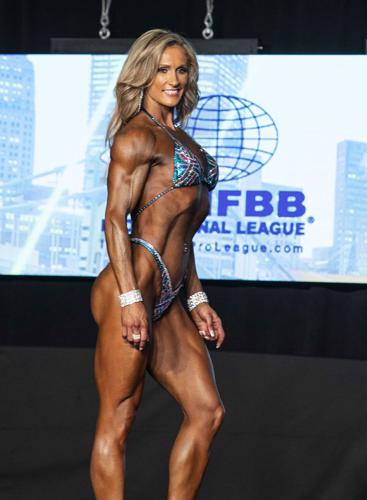 Rachel Solano poses for judges during a competition in Pittsburgh in 2021. She felt she was in her best physique ever. Photo by Jose Yau.