Four business partners from San Diego, California, now own the park. Co-owner David Taylor and his best friend, general manager Mike Schwaab, moved to Waco to run the park and are at Waco Surf nearly every day.

Taylor and Schwaab grew up surfing together in California. When asked how his day was going upon Waco Today’s arrival at the park, Taylor replied, “Living the dream.”

Previous owner Stuart Parsons, who opened BSR Cable Park in 2012, had been looking for a buyer for a while.

Taylor said his group decided it was “one of those once in a lifetime deals that we just couldn’t pass up.”

“Ownership is a group of avid surfers and we all love the business of bringing joy to people,” he added. “We are all family people, and creating a place where family and friends could congregate and make memories seemed like fun. We knew it was a massive undertaking; however, the backgrounds of the new ownership team aligned with what this project needed.”

Parsons named the place BSR Cable Park, the BSR standing for Barefoot Ski Ranch. Parsons was a champion barefoot skier and the property outside started with a 3,500-foot-long ski lake that also offered cable-pulled wakeboarding.

“During our due-diligence period prior to acquiring the park we did a lot of research on what BSR meant,” he said. “We asked customers questions about what it meant to them, what they thought the letters stood for and so on. Through the process we discovered that the acronym primarily confused people and that most people didn’t even know what it actually stood for. In the end, we determined that the letters BSR didn’t really carry enough brand value along with it to keep the name.

“In the surf community when people would post on their social platforms they would usually refer to the park simply as ‘Waco.’ The city of Waco, Texas, is such a special place and has created such an amazing brand in itself. We are proud to pay our respects to the town that hosts our park and to the many locals who have made our park their summer hangout.”

Locals and repeat visitors who make Waco Surf part of their summer routine have been greeted to numerous upgrades.

“We built a new one-bedroom VIP suite at Waco Surf Hotel with a kitchen and loft that overlooks the surf,” said general manager Mike Schwaab. “All the hotel rooms have been upgraded along with the cabins and houses on property. The team sourced most of the quirky decor throughout the property from the vintage markets in Round Top, Texas.”

Food and beverage spots have been ramped up at the park. The Surfside Shack within Waco Beach sells coffee by Waco’s Pinewood Roasters. The Dive Bar at the end of Waco Beach has a freshly curated cocktail list and new furniture for lounging.

Complementary FloWater refill stations and SunBum sunblock stations have been added throughout the park.

“This summer we launched Beginner Academy, a new program offering lessons for PerfectSwell surf sessions,” he added. “Guests can add the Beginner Academy to their standard Beginner Surf session for $49. The lessons cover everything from safety, to reading the waves, paddling and popping up.”

The often-slick lining (which was roofing material) along the bottom of the surf pool was replaced with new concrete, and the zero-depth entrance was replaced with concrete to help keep sand out of the pool. The partners invested in a new water filtration system.

“The water is clear now, like in Fiji,” Taylor said.

A new heated recovery pool within Waco Beach was added to soothe muscles after surfing on the waves.

The adjacent Wedge Slides were revamped as well as the jumps in the cable park. Kids love to splash in a lagoon off to the side of the slides’ landing area.

Signage and wayfinding around the park reflects the new brand, Schwaab said.

“We entered into a corporate partnership with PepsiCo and their energy drink Rockstar,” he added. “As a result, we built a Rockstar bar in the hotel and branded each of our Waco Beach surfside cabanas as Rockstar Cabanas, each equipped with a mini refrigerator and new lounge furniture.”

New Wedge Cabanas were added and can be rented daily (for $229). Each cabana comes with lounge furniture to fit a group of up to eight next to the Wedge Slides. The cabanas are steps away from the Wedge Grill, which serves up burgers and drinks all day.

In a true nod to California beach culture, Taylor said Waco Surf is in the process of having two vans tricked out by Austinite Brett Lewis of “Van Go” renovation fame for overnight lodging. The vans will be parked on the sand at the far edge of Waco Beach.

Today there is a more family-friendly feeling to the park than the “rave” atmosphere than emanated from the crowds of young adults on the weekends, Taylor said. It’s a place he feels comfortable having his 2½-year-old daughter explore, he said.

Asked what he hopes visitors will experience at Waco Surf, Taylor replied, “Fun! Joy! Adventure! Waco Surf is an accessible, fun-filled destination for surfers, non-surfers, everyday thrill-seekers, and folks looking to have an experience like no other.

“It’s a place to seek adventure, to get out of your comfort zone and to try something new in a safe environment. Whether you’re taking on the PerfectSwell surf for the first time, launching yourself down the Wedge Slides or taking a lap around the world’s longest lazy river, an adventure awaits everyone.”

The waterpark also is BYOB, including personal grills and chairs, he added, which makes it a budget-friendly option for day trips or long weekends.

Taylor said the worldwide surfing community knows about Waco Surf. Olympic surf teams have trained at the park and celebrities have been known to drop by with their kids, who grew up surfing on the California beaches.

Tearing up the waves during a recent private surf session was a group of California boys with their coach Dillon Perillo, a former world tour surfer.

Mark Saffell, of Malibu, watched the boys from a beachside lounger. He and his son, Cole Saffell, initially came to Waco three years ago.

Cole, 14, was making his second visit to Waco Surf this year. Cole was on his middle school surf team last year, his father said, and will try out for the high school squad.

“This is the perfect training site for those who want to work on ‘airs,’” Mark Saffell said of the trick where a surfer goes airborne off the wave and successfully lands.

“Here you get a perfect wave every time,” he said. “It lets you get a rhythm and you get the muscle memory from doing it.”

Young surfers like his son, who was training with 11-year-olds Giacomo Mesinas and Mateo Wander and 14-year-old Alberto Barzan (who surfed for the Italian national team), have been able to surf alongside professionals at Waco Surf and learn from watching them.

Because the PerfectSwell system can create a variety of waves, but also duplicate a wave time and time again and more frequently than out in the ocean, the young surfers are able to wait for their turn, he said.

“In the ocean you have to fight for your wave,” Mark Saffell said. “Here, there’s no pressure because you’ll get that wave again.”

Schwaab and Taylor say they aren’t finished with upgrades to Waco Surf.

“We are right in the middle of our season so we have hit the brakes on any new projects as we do not want to interfere with our customers’ experience while at the park,” Schwaab said. “We definitely have some surprises for next year, so stay tuned!”  

Person of the Year: Jeremy Everett

In John 21:15-17, Jesus tells his disciple Peter “Feed my sheep.” He’s telling Peter to care for God’s people, if not actually physically nour…

Plantersville's 'painted church' a gem of its own

If you live around Houston, you may know about “The Painted Churches of Texas.” They are restored churches from the 1800s with paintings, stat…

Those Who Make a Difference: Eric Hawkins

Eric Hawkins says being part of the Waco Police Department’s Neighborhood Engagement Team aligns perfectly with his belief that law enforcement needs to meet people where they are in life.

When owners Josh and Jennifer Sims penned their mission statement for Oak & Ivy Wine Bar and Bistro, their “why” for opening the restauran…

Those around Waco and Central Texas will celebrate Christmas this month, and it seemed appropriate to ask a few local leaders about their own special holiday memories.

An ear for the job: Piano tuner, 86, takes old-school approach

One Waco piano tuner is taking a different approach to today’s widespread use of electronics in the tuning process. While the trend is to corr…

Texas History Moments: Braniff Airways started with an insurance salesman and one small plane. From there, it grew with colorful tales of Texas pilots and businessmen on its sky-conquering quest.

From lost worlds to Latin legends, car collecting and fantastical fun, you can find a great new book with these local recommendations from Waco libraries.

I love looking at holiday lights. In fact, our family still drives around during the Christmas season to look at the many gorgeous light displ… 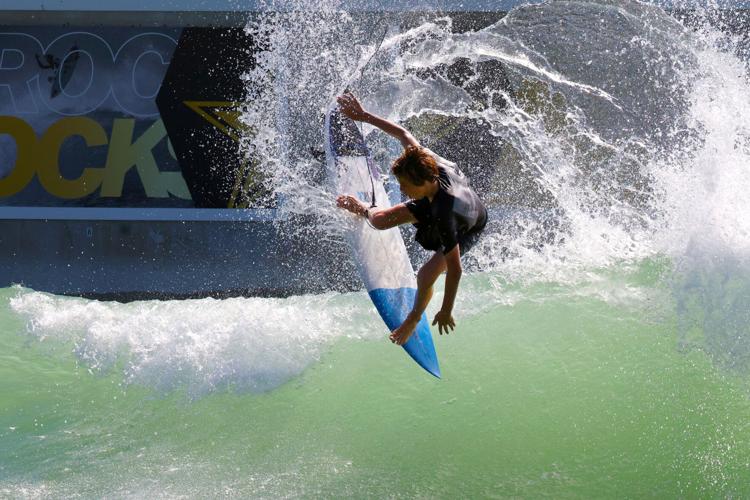 Cole Saffell, 14, of Malibu, California, gets some “air” as he performs a trick in the wave pool at Waco Surf. Photo by Rod Aydelotte. 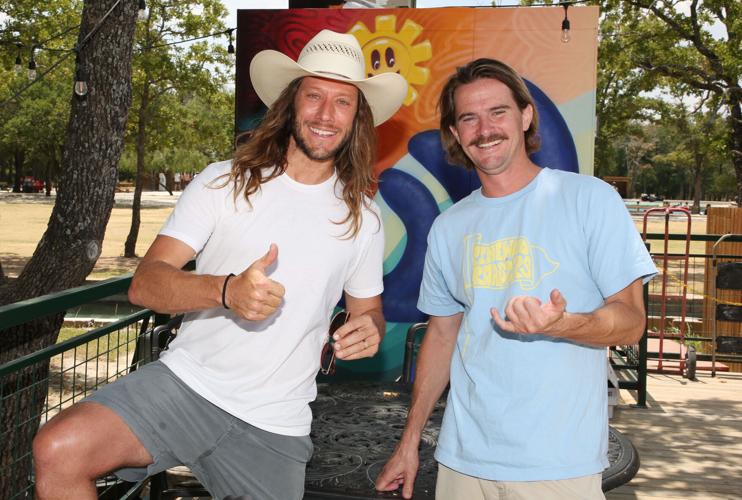 Co-owner David Taylor (left) and general manager Mike Schwaab are hands-on at Waco Surf. The pair grew up together in San Diego and are longtime surfers themselves. Photos by Rod Aydelotte. 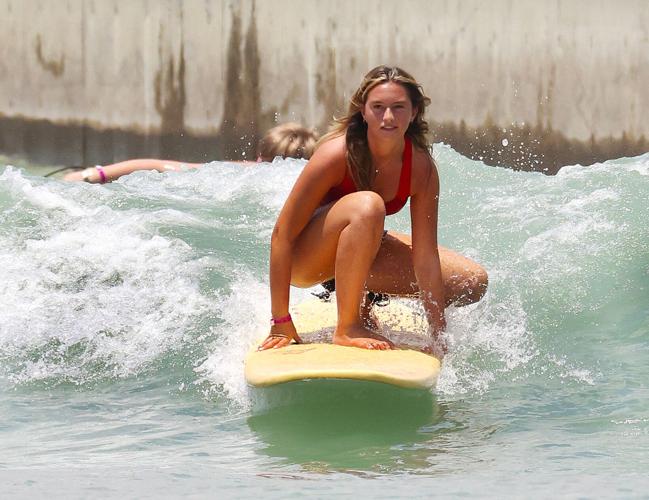 Ava Shaw, 15, of Woodway catches a wave at Waco Surf. 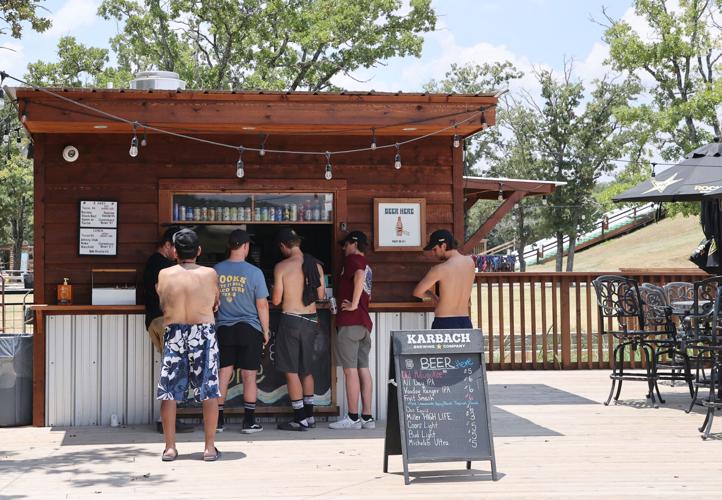 The Surfside Shack, which has beer and some food, is one of the new additions this year at Waco Surf.

The milelong lazy river provides a relaxing float through the park. Photos by Rod Aydelotte. 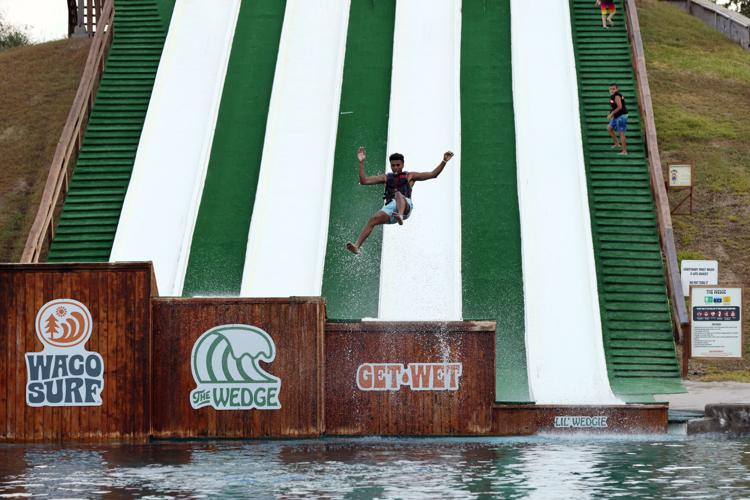 The renamed Wedge Slides launch thrill-seekers into the air. 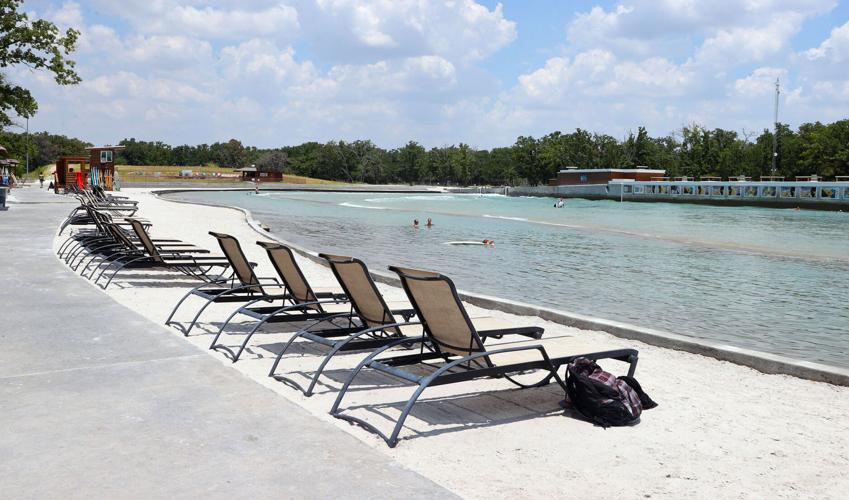 Loungers line “Waco Beach” along the wave pool. A new filtration system and built-up concrete edges limit the amount of sand that enters the water, which is much clearer than in years past.